I was up at 4am again this morning in order to be showered and ready for our 5am tour pick up.

Upon leaving in the dark. I accidently closed the door on my finger, now the nail has turned black.

Our first stop at 4000 meters was called Red Rocks. The rocks were red because there was a lot of iron in them and the red comes from oxidation of the iron.

We stopped at another viewpoint before driving to a sheltered area for a delicious, freshly cooked breakfast. The area was pretty out of the way and I don't think another vehicle passed the whole time we were there. John and I spent the time during breakfast preparations taking pictures including one of me on the deserted road.

Our next visits were to a couple of lagoons in search of a rare black duck with a white feather horn. Unfortunately the duck was nowhere to be  seen.

However there were many vicuna around. We were shown the tufts of hard,  desert like grass that is there main source of food. Our guide pointed out that they mostly just eat the middle of the grass so that there is some left on the outside that can continue to grow.

Flamingos mate for life. There are six types of flamingos, three which live in the sanctuary; the James, Chilean and Andian flamingos. The Andian is the largest and it is endangered due to global warming. There are only 30,000 left.

The Chilean Flamingo dances around in a circle when it is eating in order to keep the sea monkeys corralled in one area.

We only saw the Andian flamingo.

Our final stop was a small, high altitude village called Toconao. The villagers built their homes from lava rock which soaks in the heat during the hot day and disperses it during the cold nights.

Upon returning to San Pedro, we spent the time doing laundry, catching up on emails and packing.

We went out for supper on the main street. Tons of little chicos and chicas (boys and girls) were out trick or treating. Very cute.

A dog strayed over to our table and looked at me with such sad eyes. I couldn't help myself, I fed him my left overs.

*****
The next day the airport shuttle picked us up at 6am for our ride to Calama airport where we catch our flight to Santiago. Calama is about an hour from San Pedro de Atacama.

The flight was ahead of schedule so when  we arrived we had to wait for our Airbnb host who was picking up. At least the airport had good wifi.

There was a bit of confusion but we finally met up with our ride to our Airbnb.  As it turns out our maccomodations are about 100 meters from one of the main protest areas- Plaza Italia.

There is an adorable little dog named Mel at our Airbnb apartment. 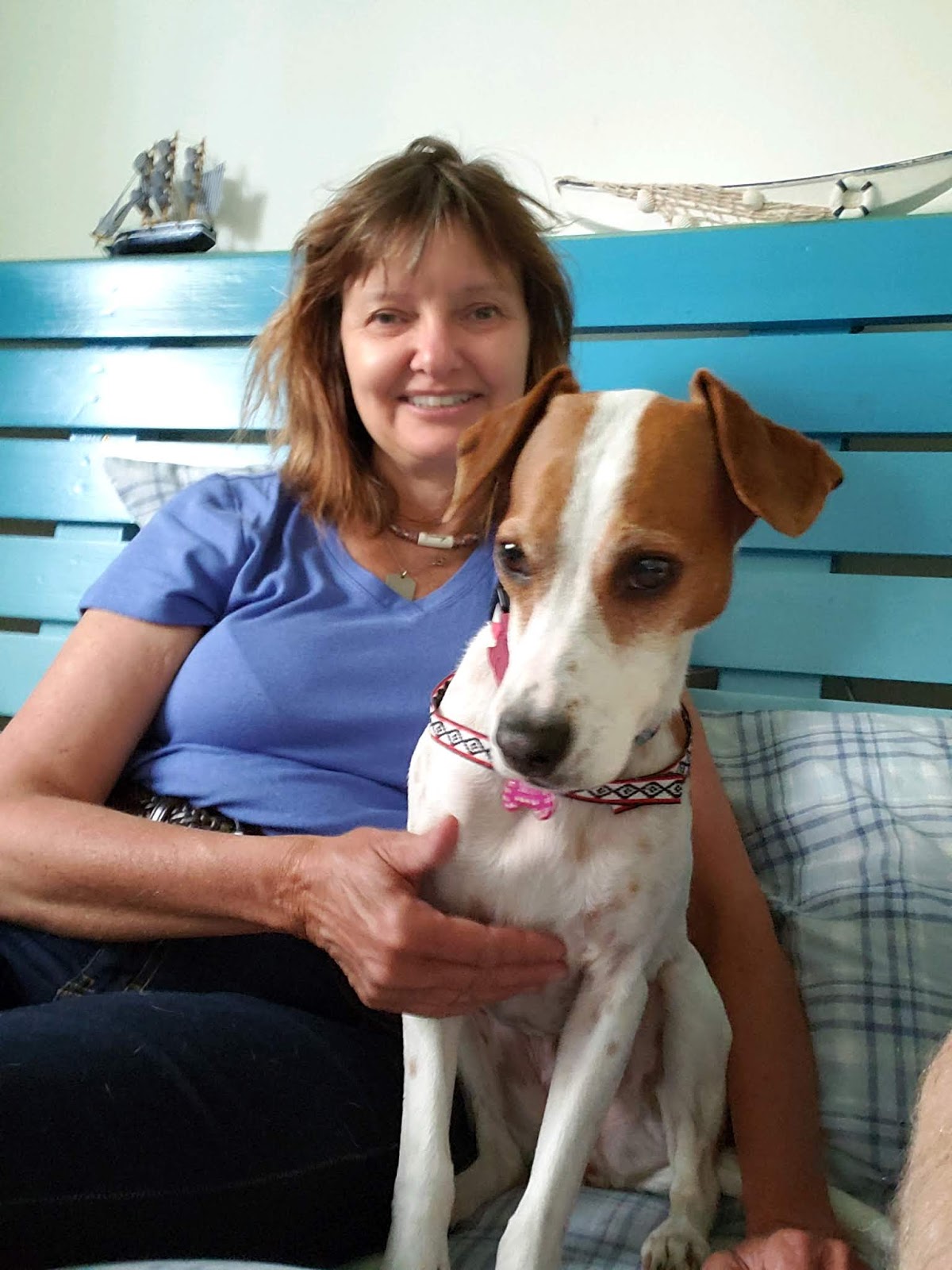 After organizing a tour for tomorrow, we went out for supper shortly after 5pm. Most places were closed for the All Saints Day holiday and also (as one waiter said), because of the revolution.

We passed many people on their way to the protests. They carried Chilean flags, musical instruments that made noise like trumpets,   trombones and drums, horns and anything you could bang on the made noise like pots and pans. Angry graffiti is sprayed all over everything including churches.

I was starving by the time we found an open restaurant. It was a Peruvian restaurant and the food was delicious...the very generous glass of Chilean red wine was also well received.

On our way back we noticed the more peaceful looking protesters leaving the rally and rougher people, some in masks, going to join the protests.

We walked to the bottom of our street which was on the edge of the protest and watched all the banging, horn blowing, flag waving and yelling. We also watched people spray painting buildings. The streets are closed and as far as we could see there were protestors in the thousands. Helicopters were flying overhead- presumably the security forces.

John and I headed back to the apartment. Mel (the dog) was shaking like a leaf with the noise from outside so I brought her into bed with us.

It is now dark out. The protest noise is getting louder and the helicopters are flying constantly overhead. Now and then we can hear very loud bangs but can't tell what is causing them. Suddenly all the noise seemed to have stopped...and then the sirens started and then quiet again except for the sounds of a helicopter flying overhead a few times.

We ended up having a peaceful sleep.

Flights from Calana to Santiàgo -$82.00 US per person Sky Airlines