This cold is still holding on.

Last night on the Magic Fountain tour we met two women from Calgary.  On our way out of our Airbnb this morning we ran into them and found out they are in the same AirBnB but one floor down- now what are the chances of that? They return to Canada this evening. 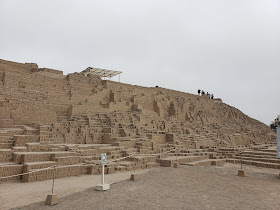 Our first stop was the ancient pyramid of Huaca Pucllana.  We had a one hour tour of this adobe and clay brick pyramid. We also saw some of the animals that are part of the culture in a small zoo including hairless dogs, alpaca, llama and guinea pigs. 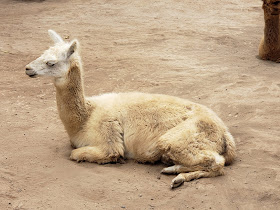 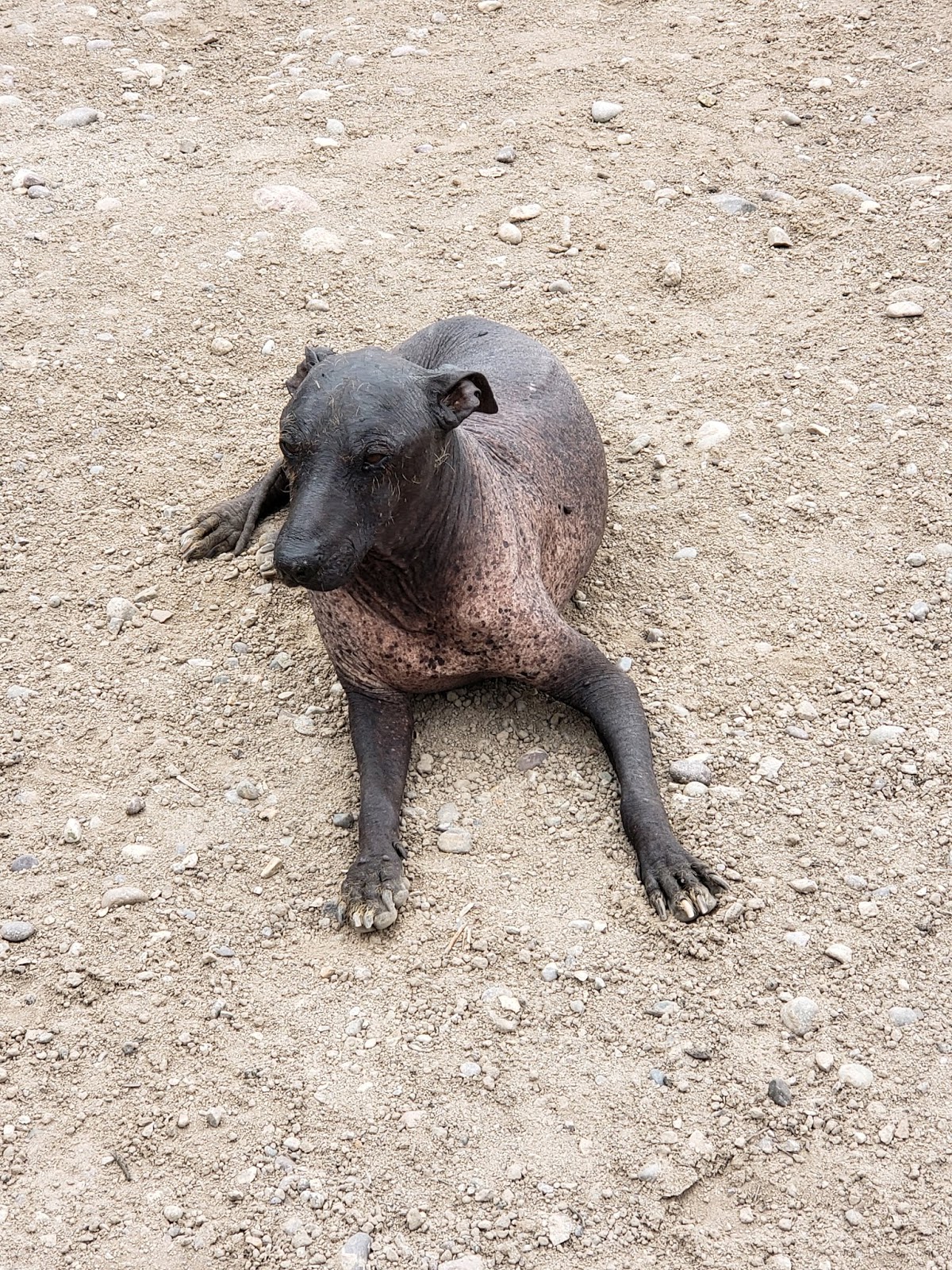 After the tour, we managed to get onto the internet to order an Uber ride. It is suggested that tourists are safer ordering an Uber since cabs are unregulated. The Uber prices are much better than in Canada. A 30 minute ride was 18 soles, less than $8 CAD. 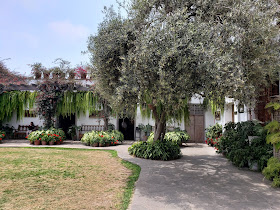 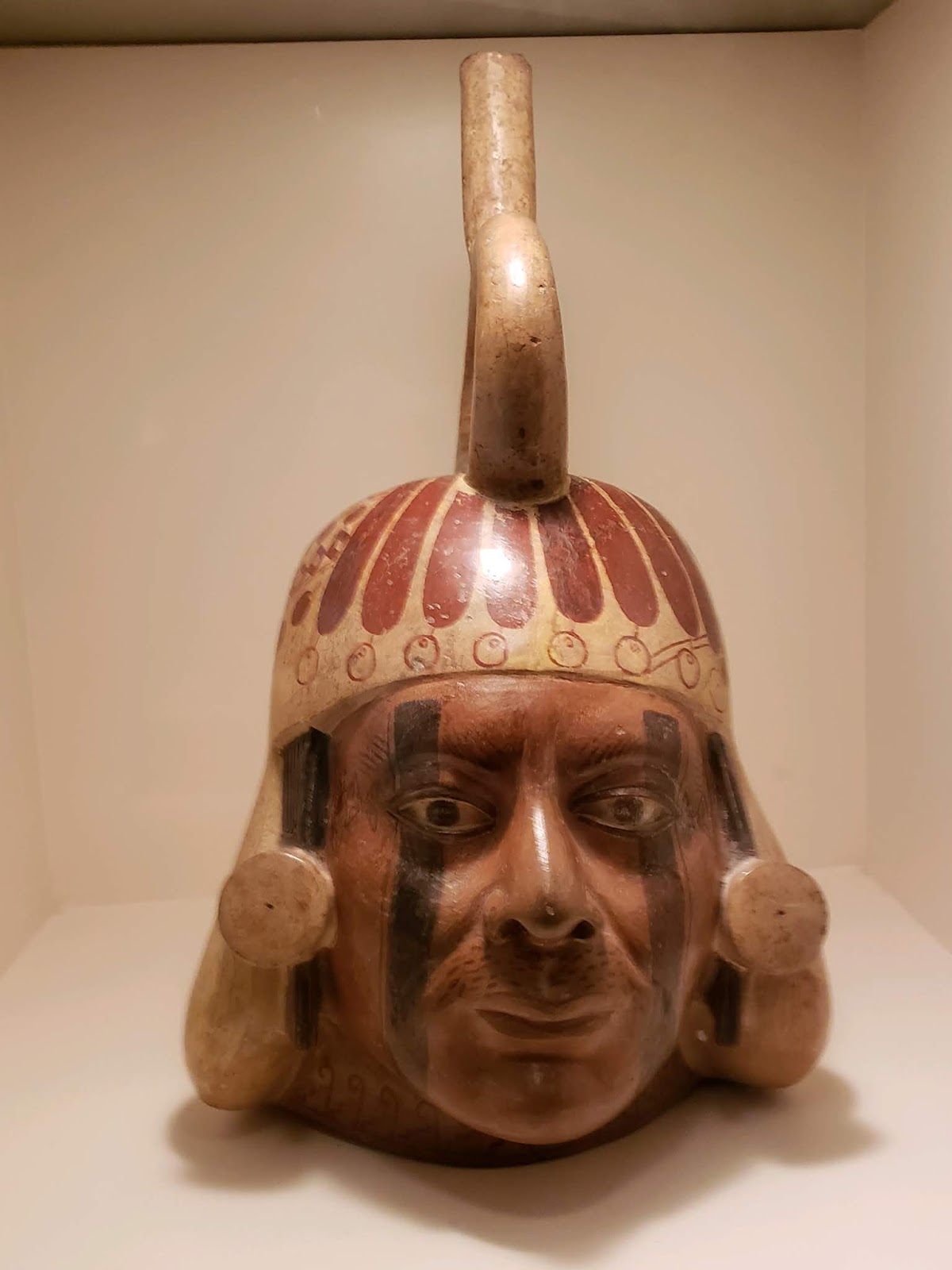 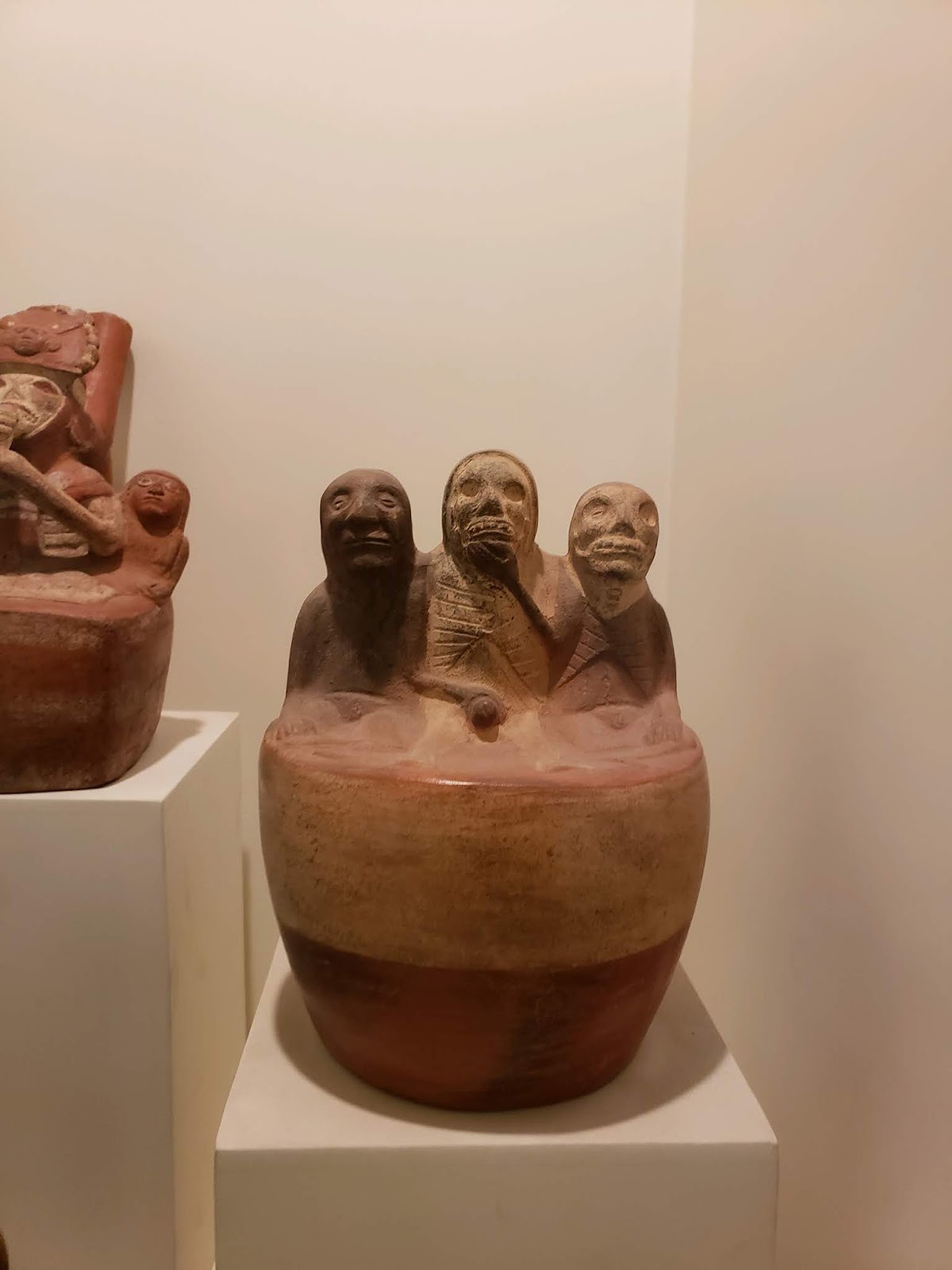 We grabbed another Uber and headed to the Parc del Amor (Love Park). This park is on the cliff edge overlooking the ocean. The focal point is a large statue of a couple kissing in a passionate embrace. Love quotes are written (in Spanish) throughout the park. Nearby is a place where you can watch parasailing or pay to go on a ride with an instructor. 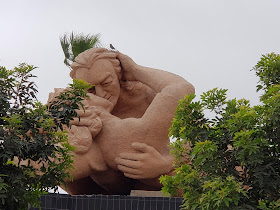 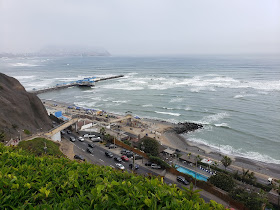 We walked along the Malecon to Larcomar Mall where we had a coffee before catching an Uber to the Barranco area. 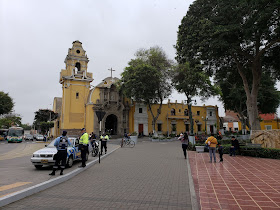 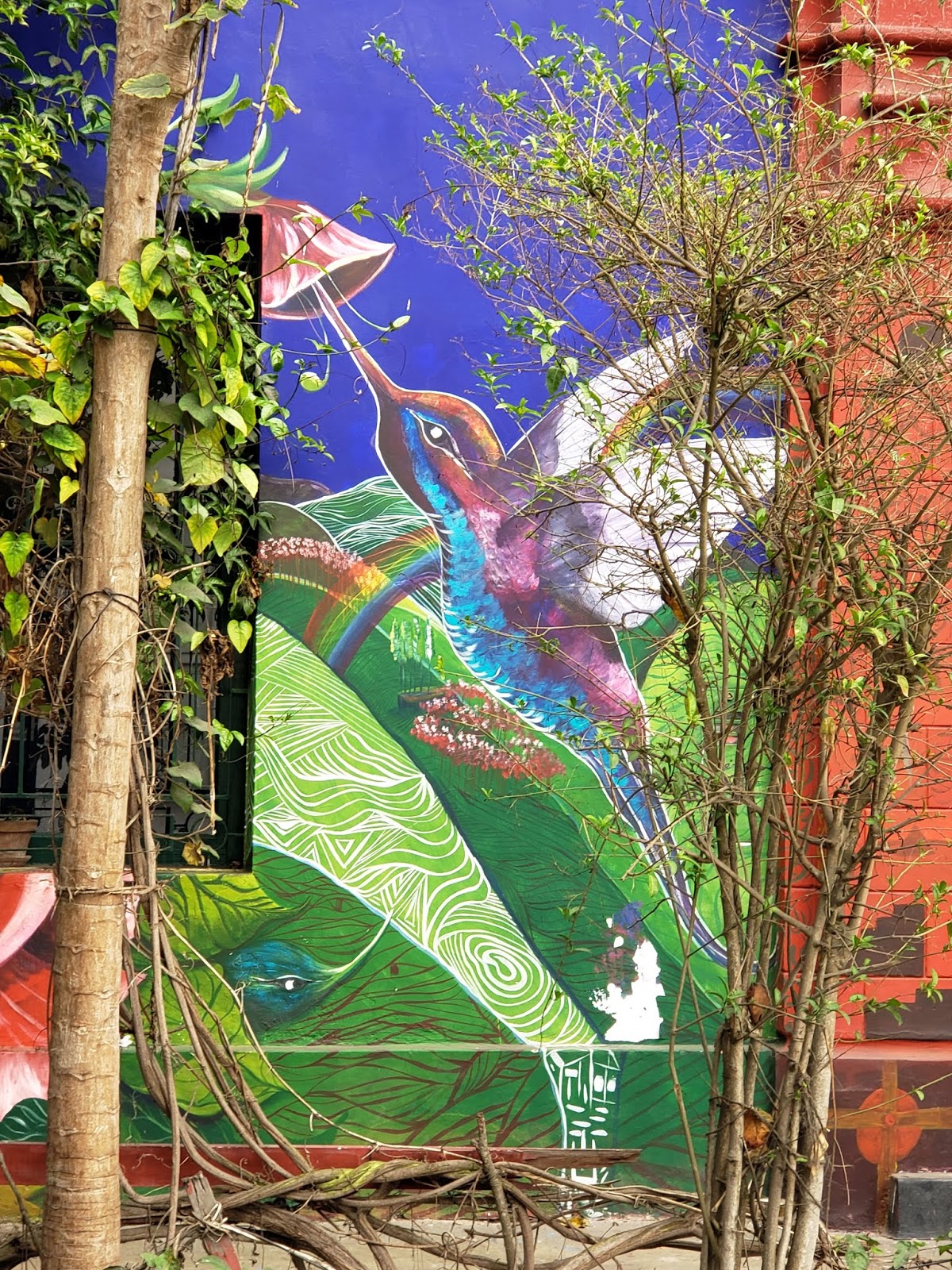 This is by far my most favourite part of Lima. It is so alive and colorful. It is a rich environment where the arts flourish. 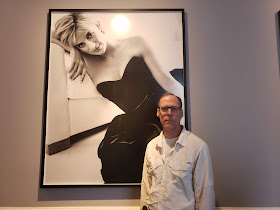 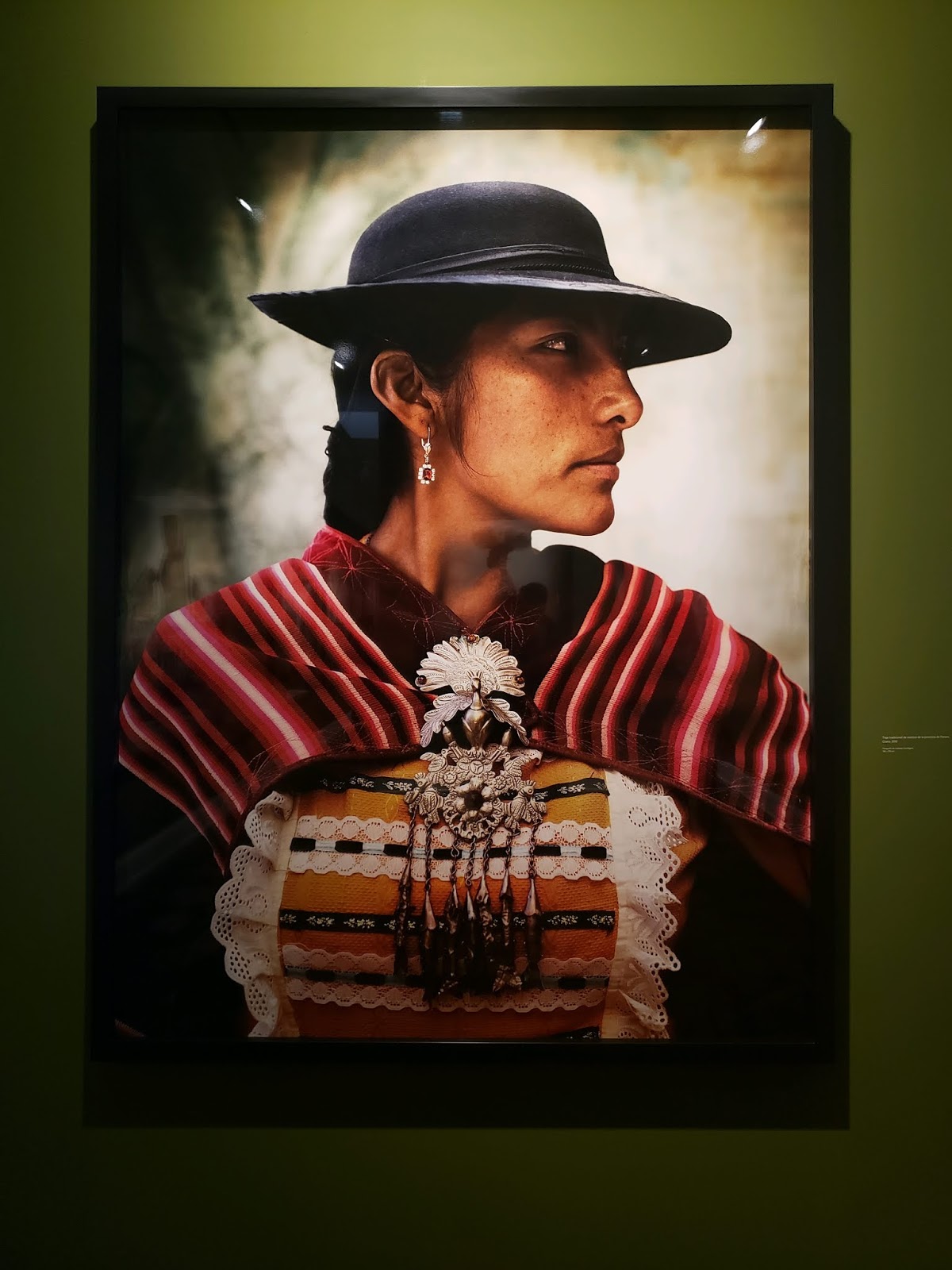 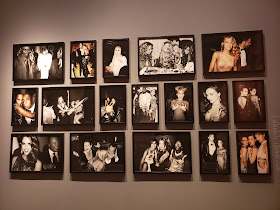 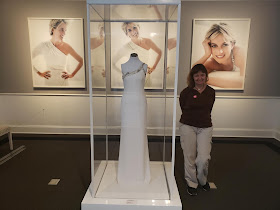 We went to the MATE Museum which highlights the photography (mostly fashion) of Mario Testino. MATE comes from the first two letters of his first and last name. He is probably best known as the photographer who did Princess Diana's last photo session highlighting the gowns she was selling for a charity. He also shot many other famous people. His photos are iconic. This was by far my favourite museum. 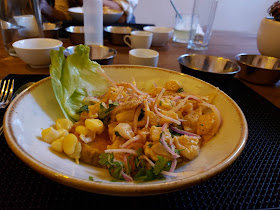 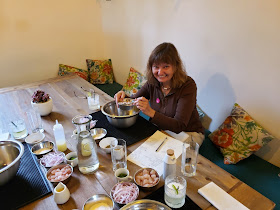 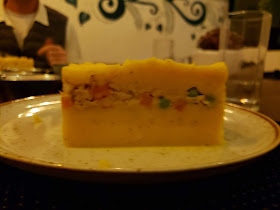 Awicha restaurant, where we had booked a private cooking class with chef Jason Awicha was just a short and scenic walk away from the museum. Jason had been a chef at top restaurants in New York and Paris. He moved back to his home country to start his own restaurant. He came highly recommended by Gabriel who does the foodie tours. 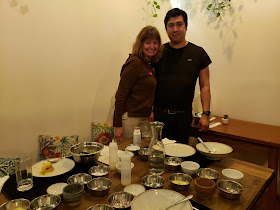 It was a really fun two hours. John and I learned how to make Pisco Sours, traditional ceviche and Causa (which are mashed potatoes sandwiching a filling of meat or seafood with vegetables). There are many different variations you can make for the filling. I highly recommend a cooking class with Jason.

Too soon it was time to call for an Uber to take us back to our Airbnb. We had a lot of packing to do since we leave early in the morning on the Peru Hop bus.

Awicha Restaurant Cooking Class- $45 US  per person (price varies with what meal you prepare) - awicharest@gmail.com