My cold was still very much present when I woke up. We had breakfast at our place before meeting up for our free walking tour of Barranco. 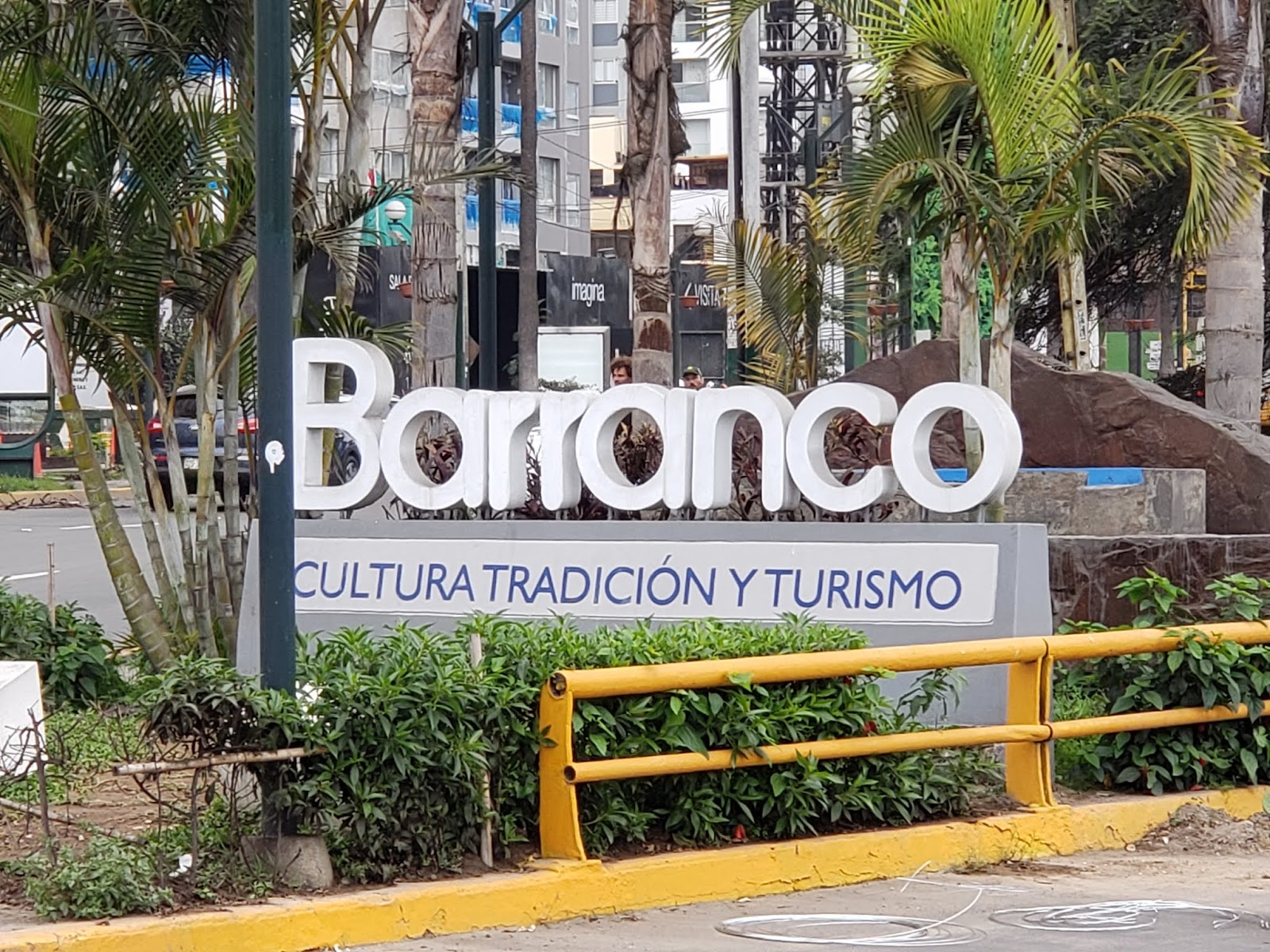 Barranco is the next neighbourhood to the south of Miraflores and also borders the ocean but is known as the hip, bohemian area of Lima.

Our group took a public bus from our meeting point in Miraflores to Barranco, about 10 minutes away for only 1 soles (about 40 cents Canadian).

Our guide, Gabriel, lives In the area but lived for many years in California. He is very passionate about Barranco. He also runs a foodie tour and had great advice on food and where to eat.

Barranco is a mix of architectural styles and has a lot of amazing street art. It's a place where art, music, great food and good surfing meet. I will let the pictures do the talking. 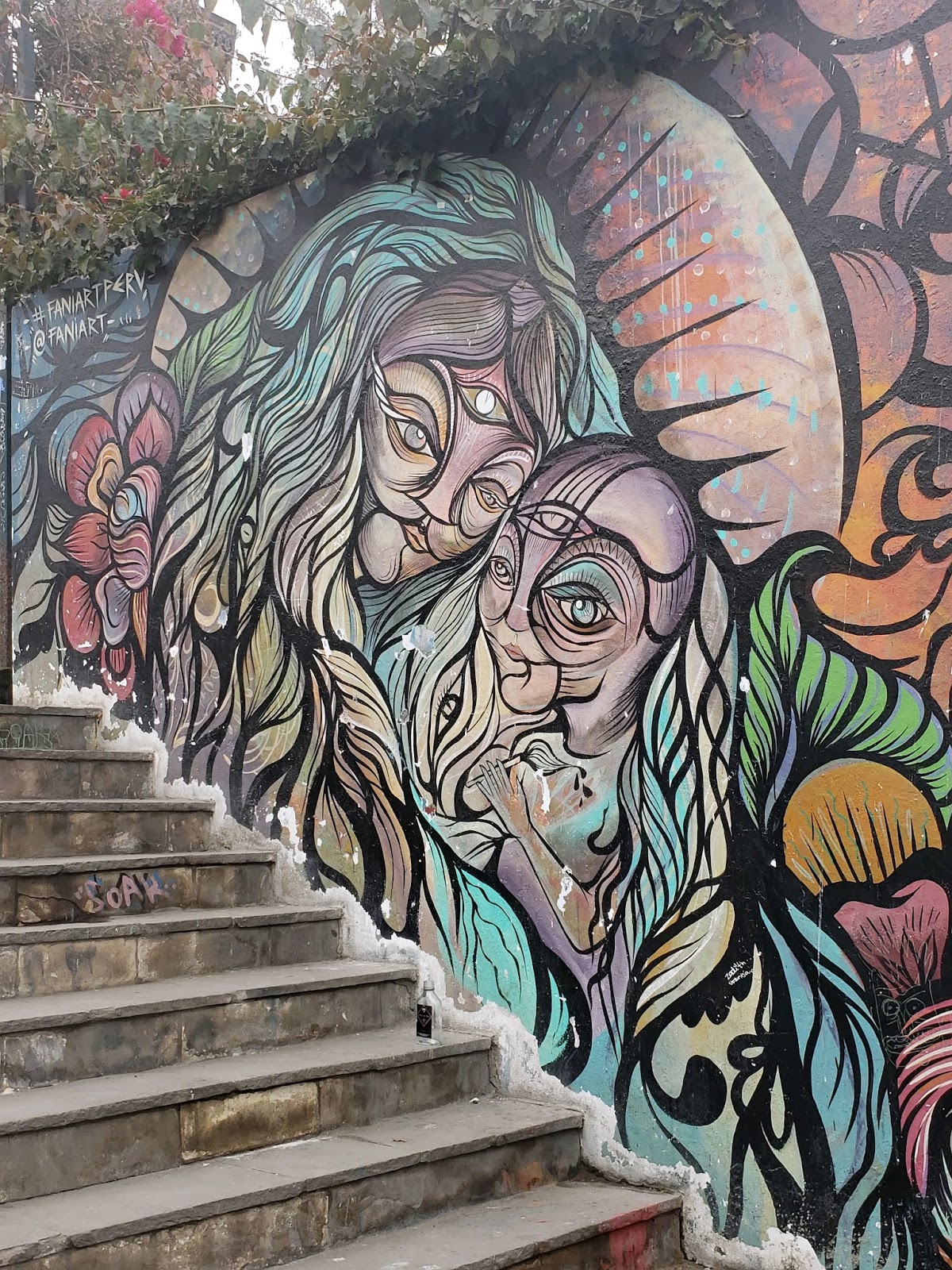 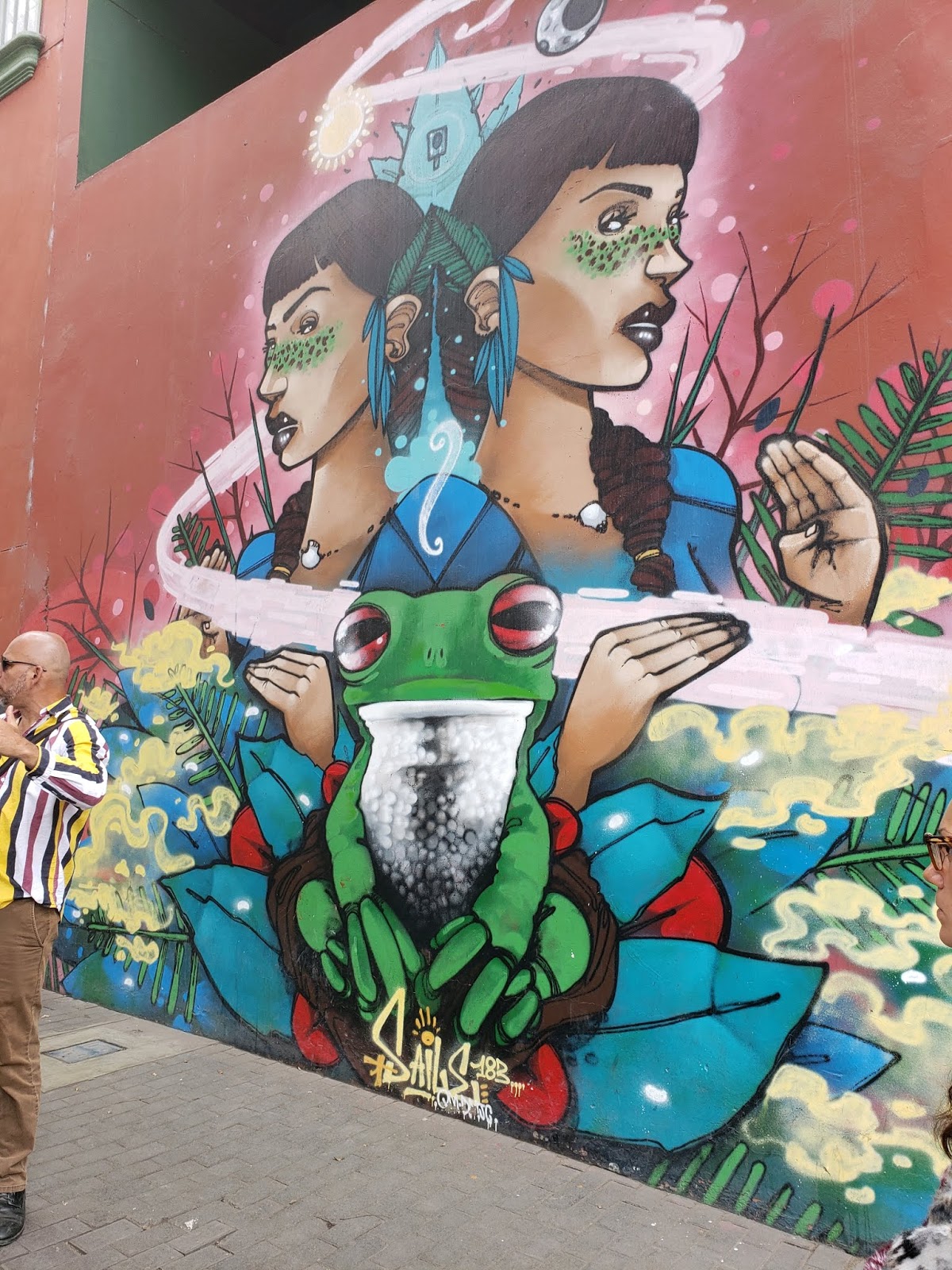 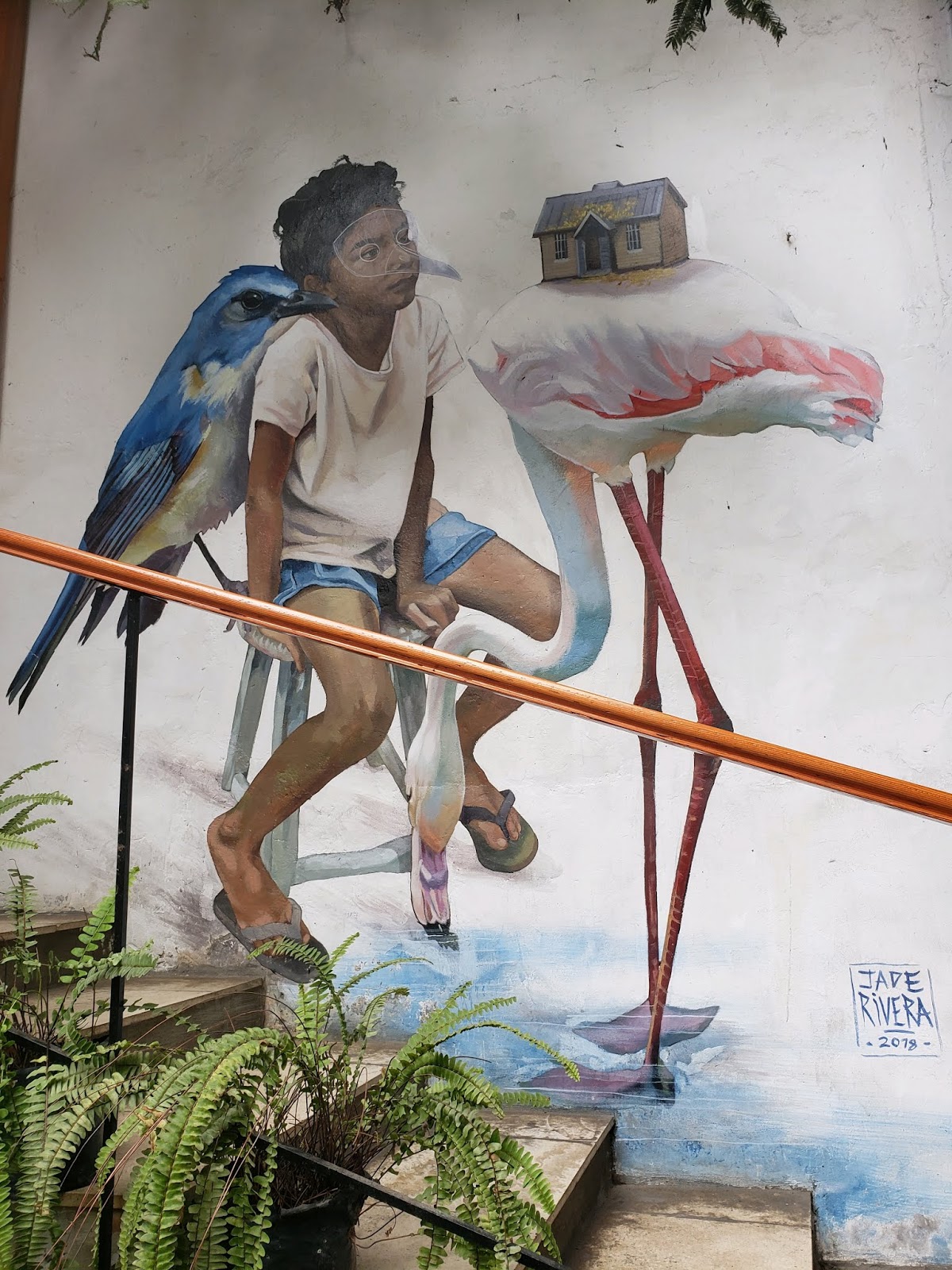 We walked over the Bridge of Sighs which we were told is very popular around Valentines Day for all the lovers. Superstition says that if you can hold your breath the whole time it takes for you to cross the bridge, your wish will come true. Despite my cold, I was successful in holding my breath to the other side. But my wish to be rid of my cold has yet to come true. 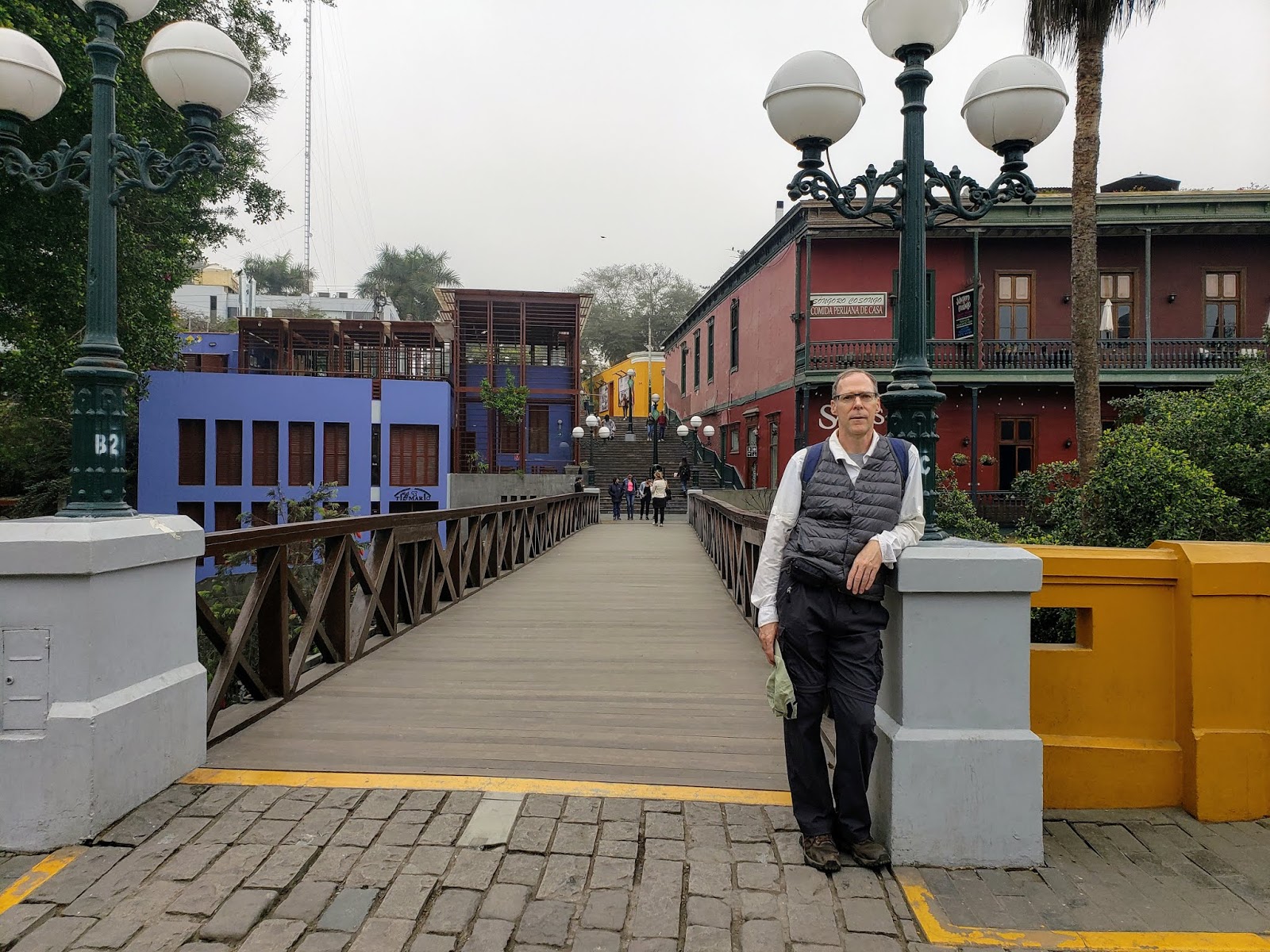 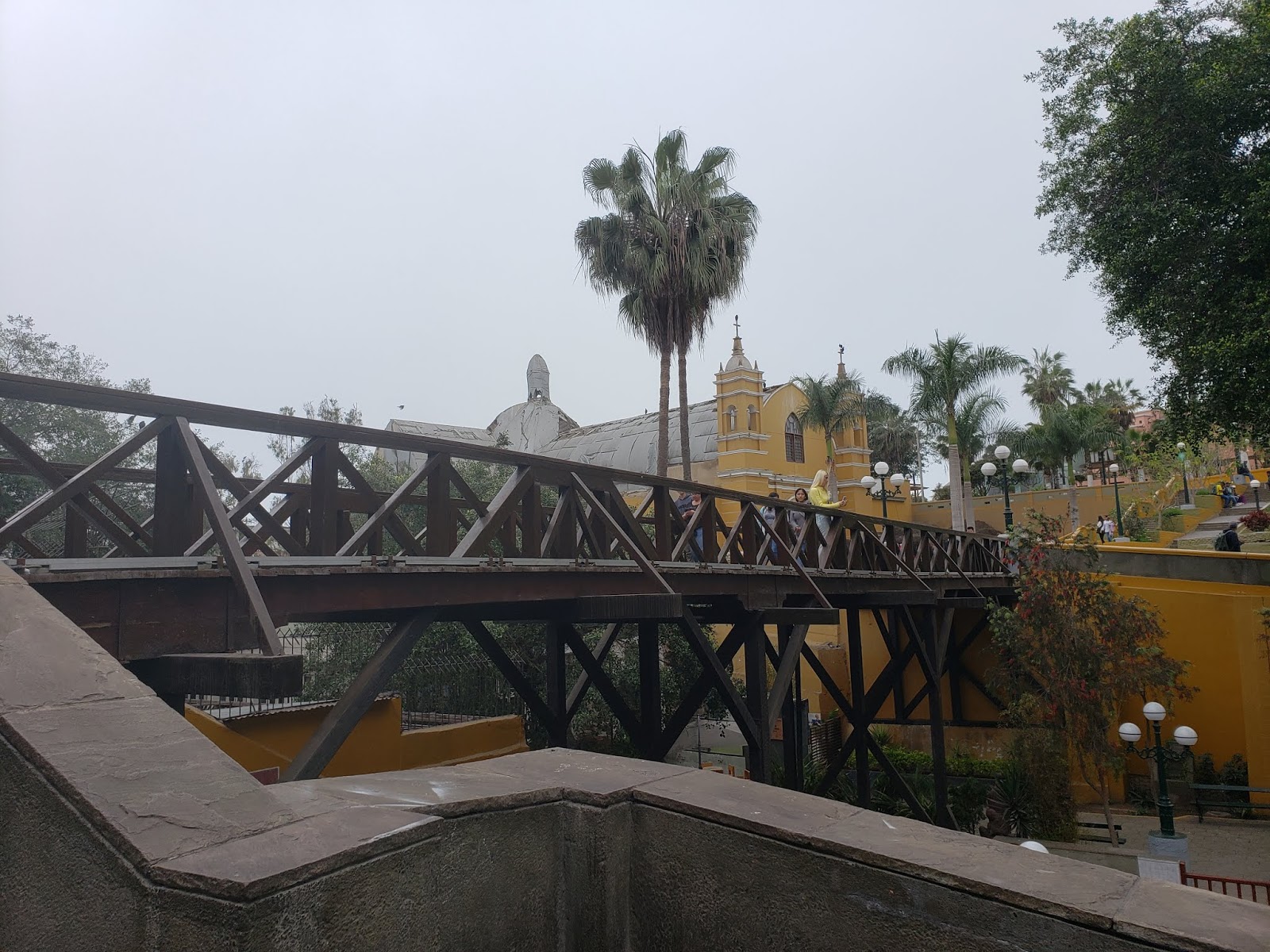 After the tour some of us joined Gabriel at a restaurant that serves great Peruvian food. We had ceviche (raw seafood marinated in lime juice), causa- a dish with crab and avocado sandwiched between mashed yellow drizzled in amayonaise type sauce. We also had breaded seafood all washed down with local beer. Delicious. 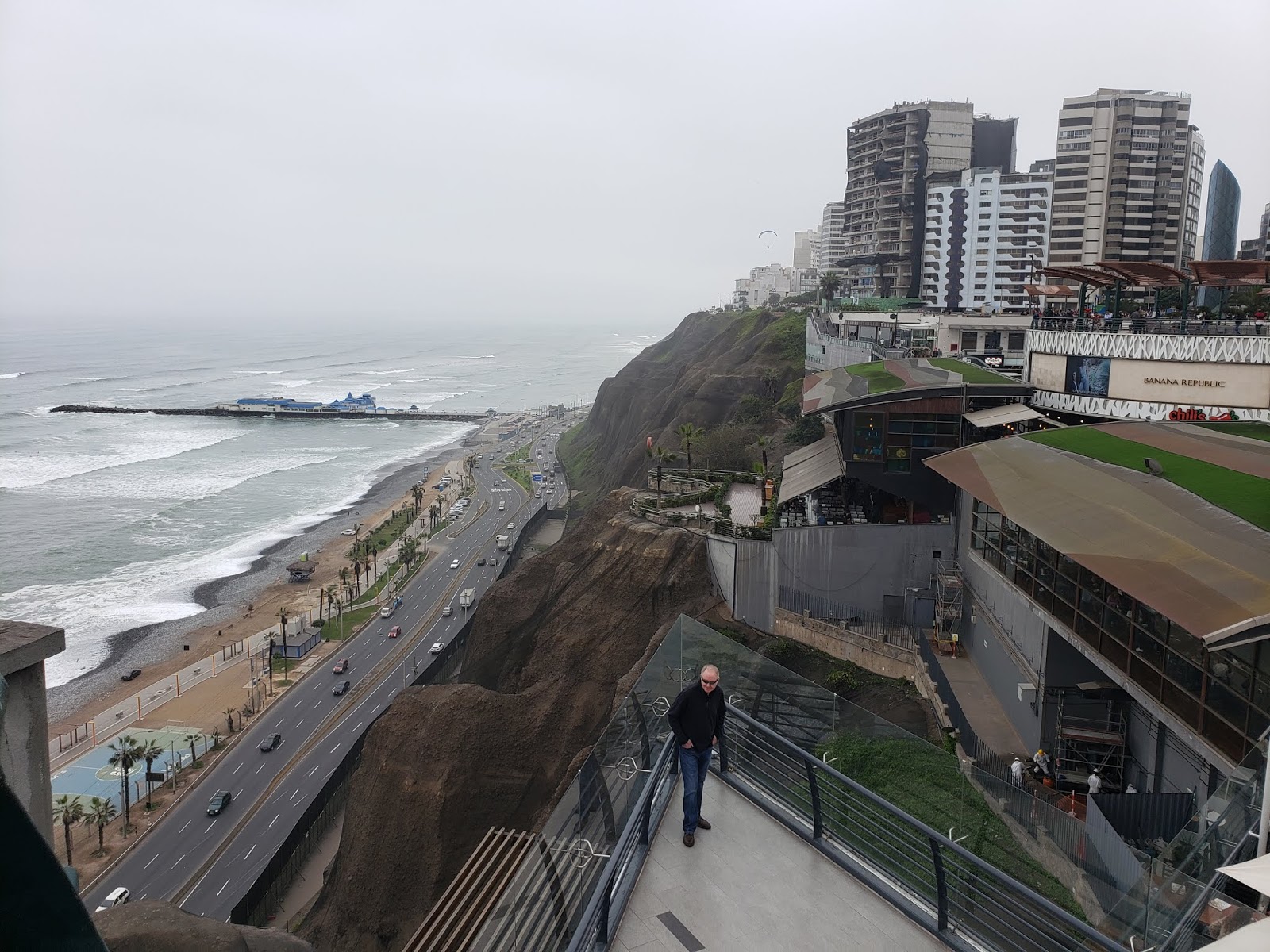 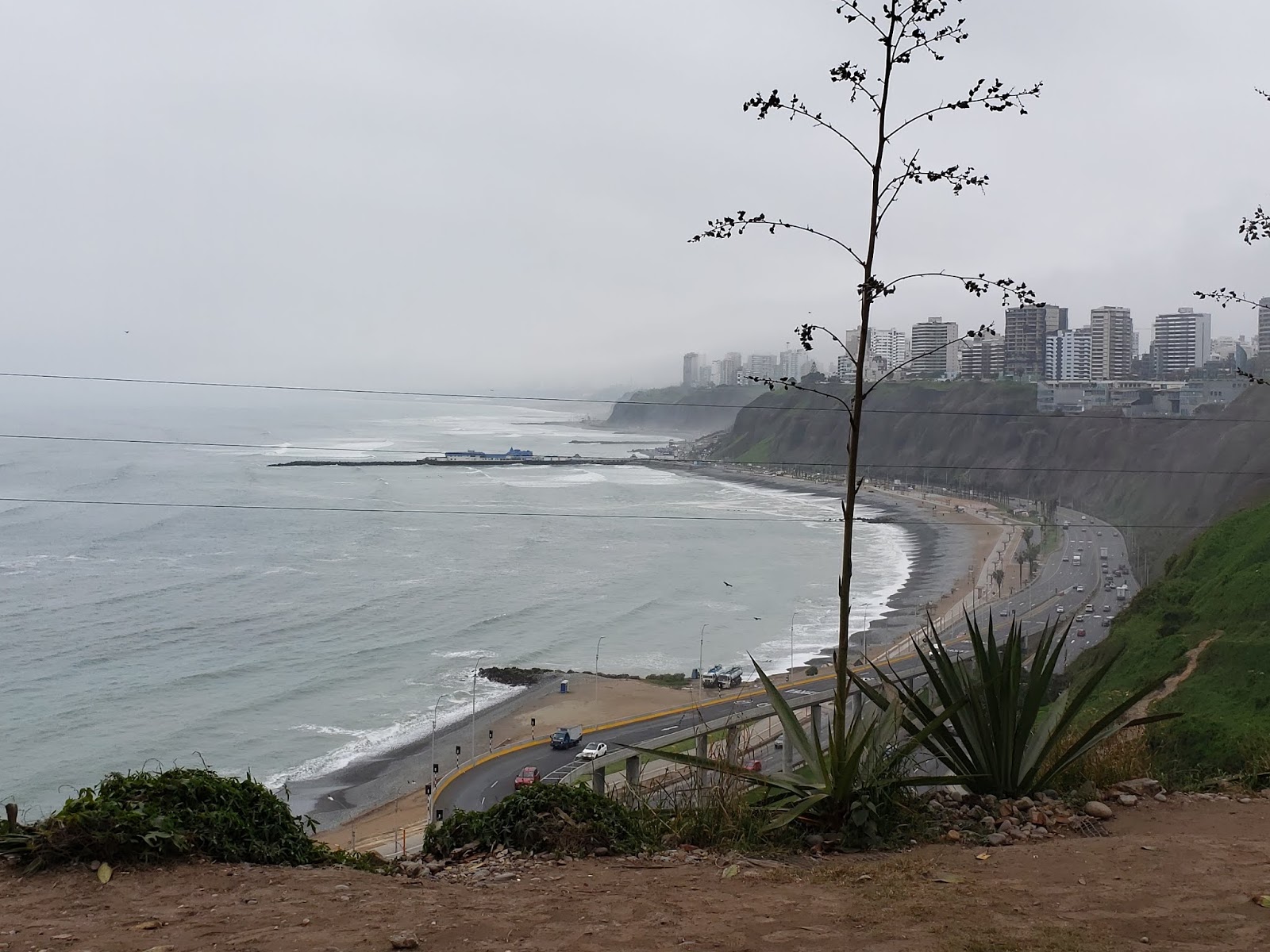 Instead of taking the bus, we decided to walk back to Miraflores along the malecon (cliffside walk) which overlooks the ocean. We saw the Larcomar shopping mall built into the side of the cliff and watched the paragliders before returning to our AirBnB  for a much needed rest.

Refreshed after our break, we took a "Lima at Night" bus tour. The highlight being the fountain light shows. 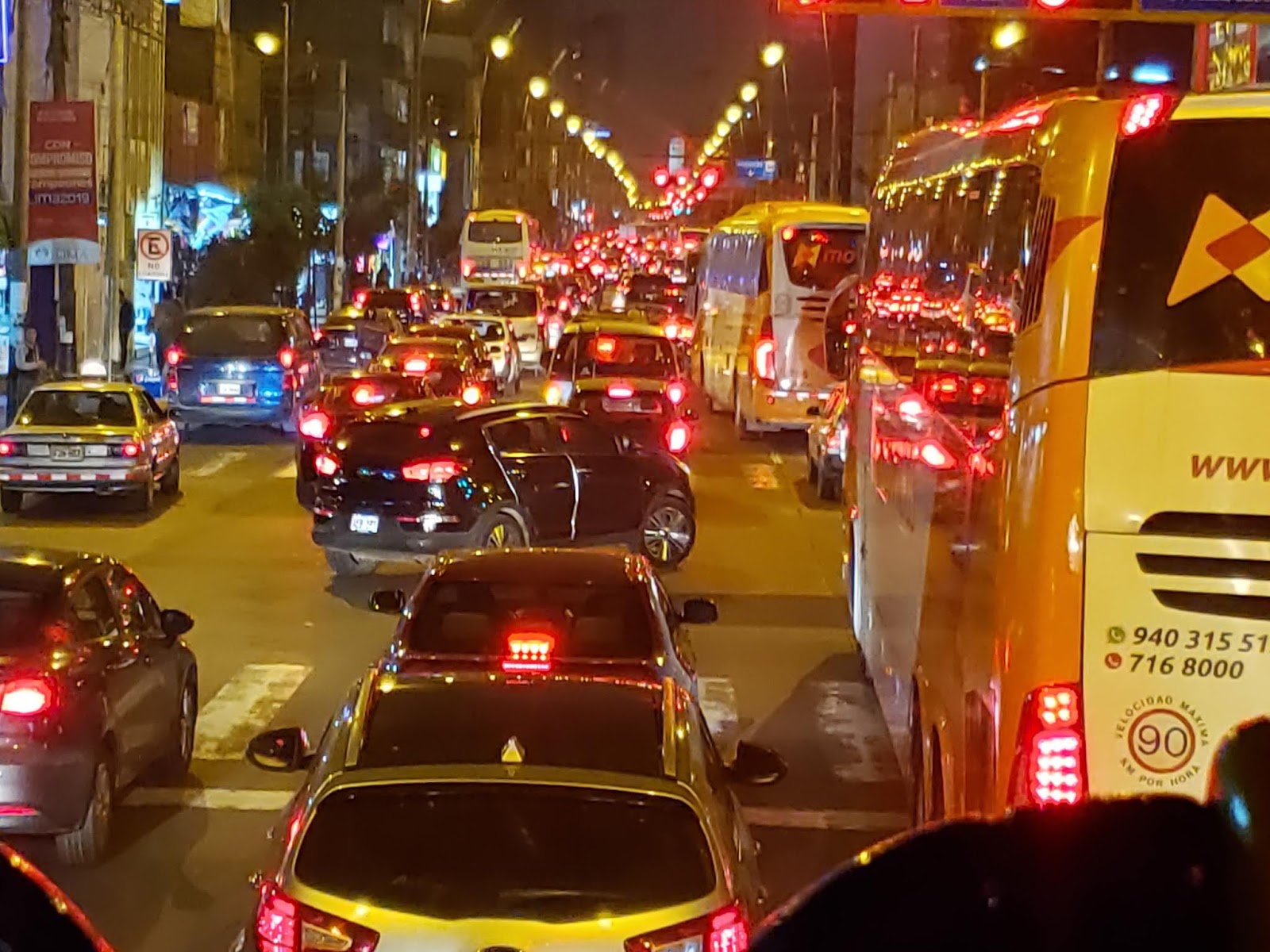 The traffic was insane due to three factors: it's always busy, the whole political situation closing off some streets and there was a Bon Jovi concert going on in the stadium across the street which holds 55,000 Bon Jovi fans. An interesting side note, the best Bon Jovi tickets went for about $200 US. The cheapest about $40 according to our guide. 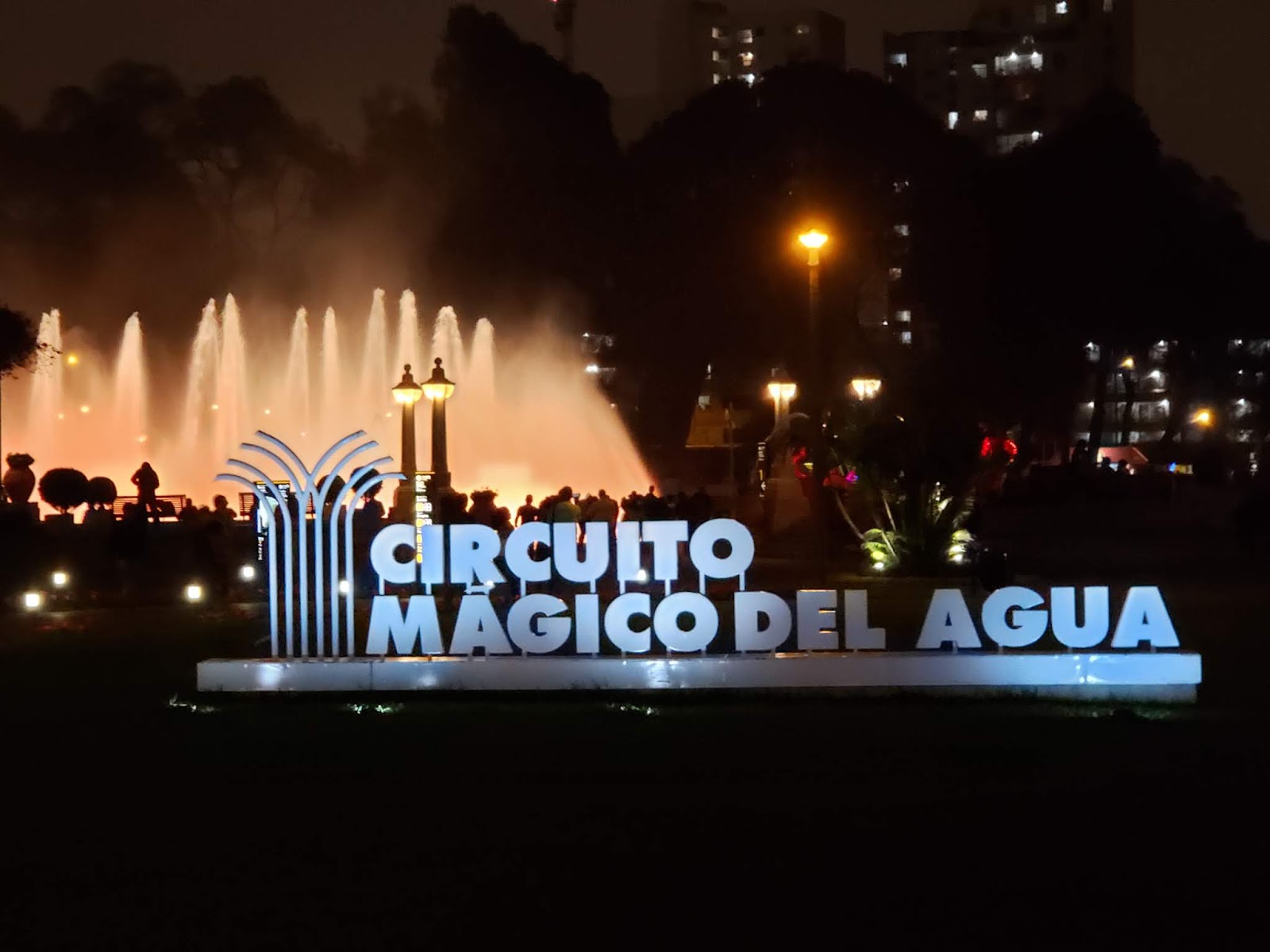 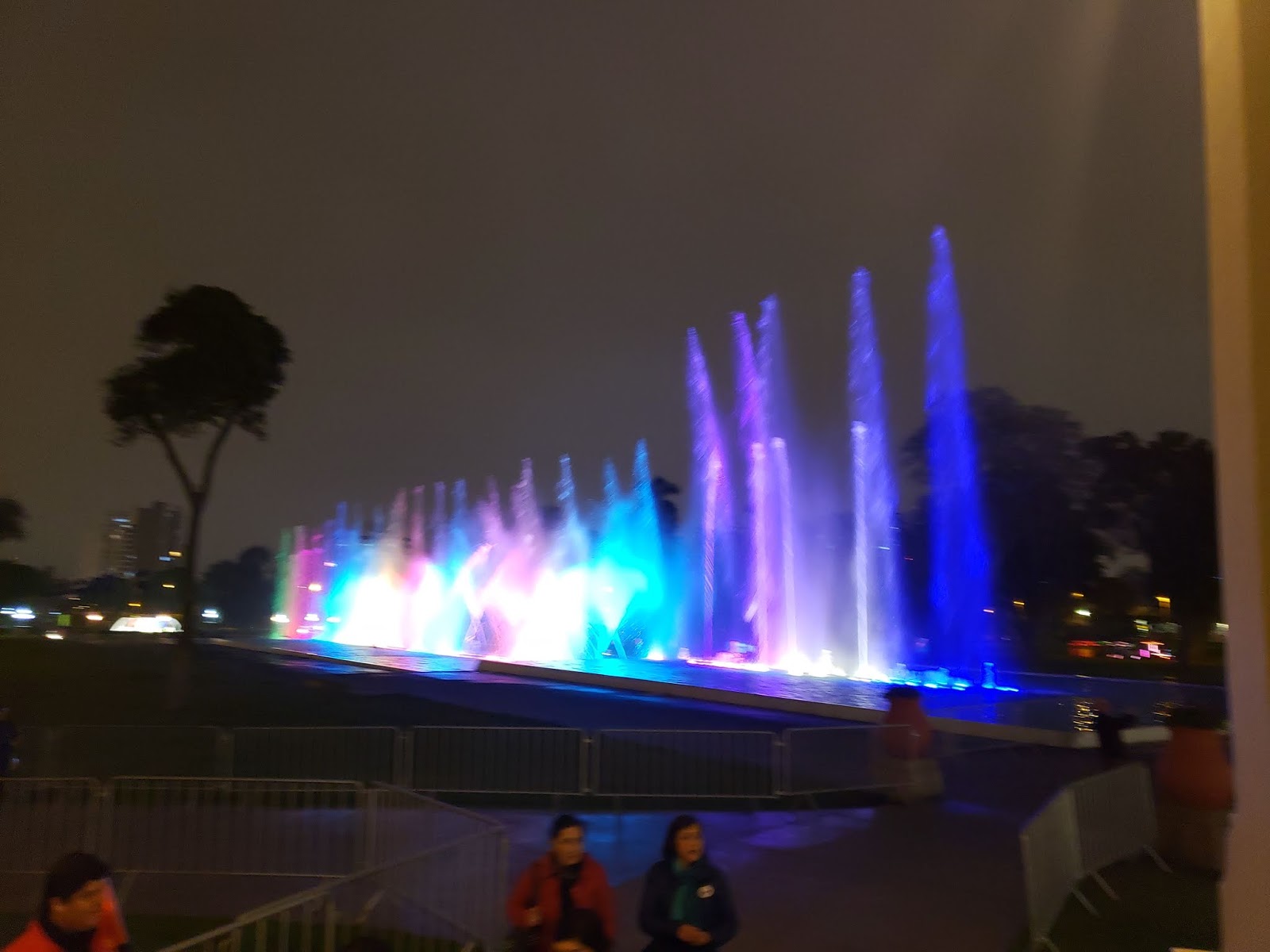 The magic fountains were lovely. All computer operated. There was even a fountain maze that you could try your luck with, (we didn't) or the fountain tunnel (we did). 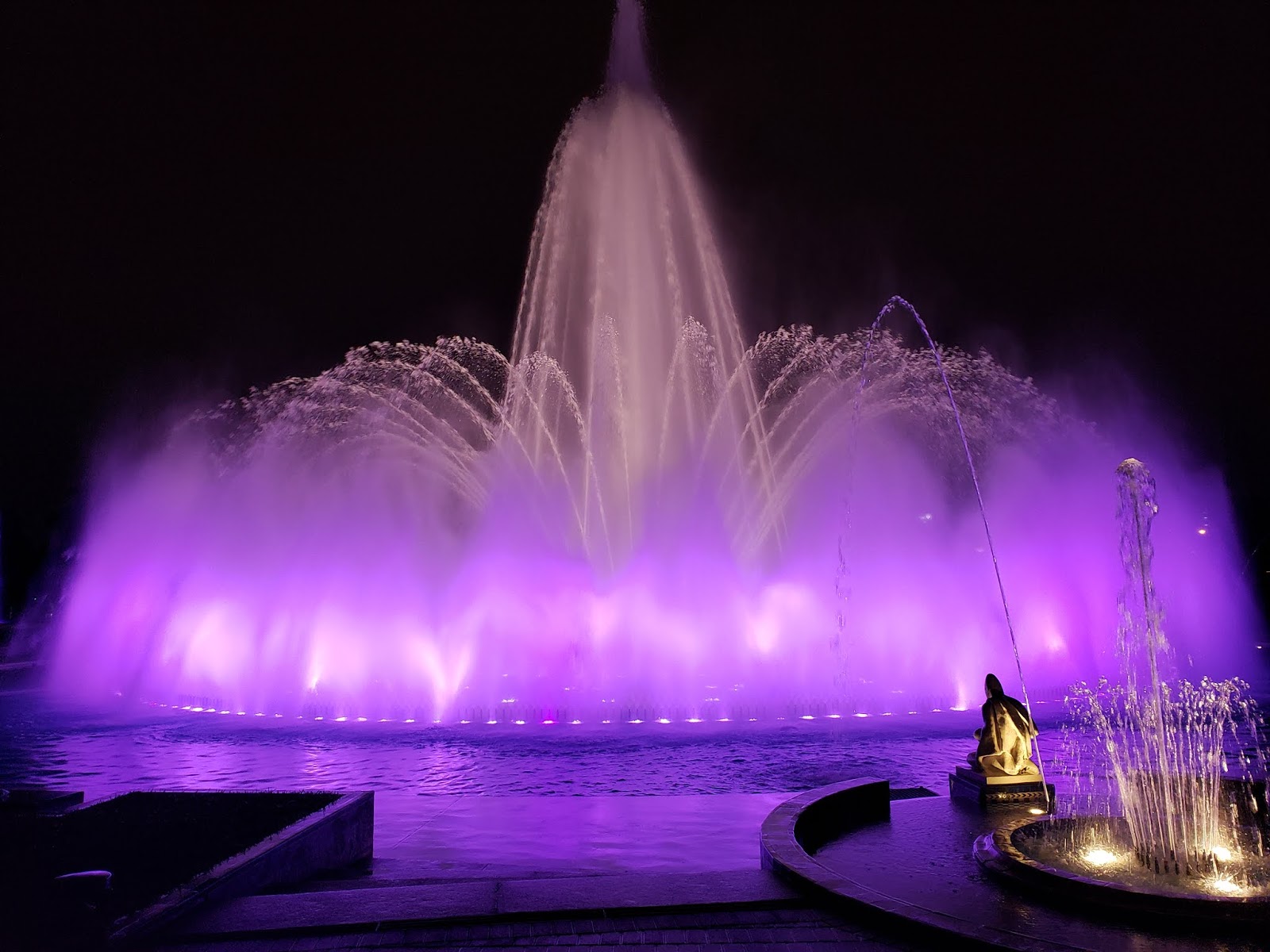 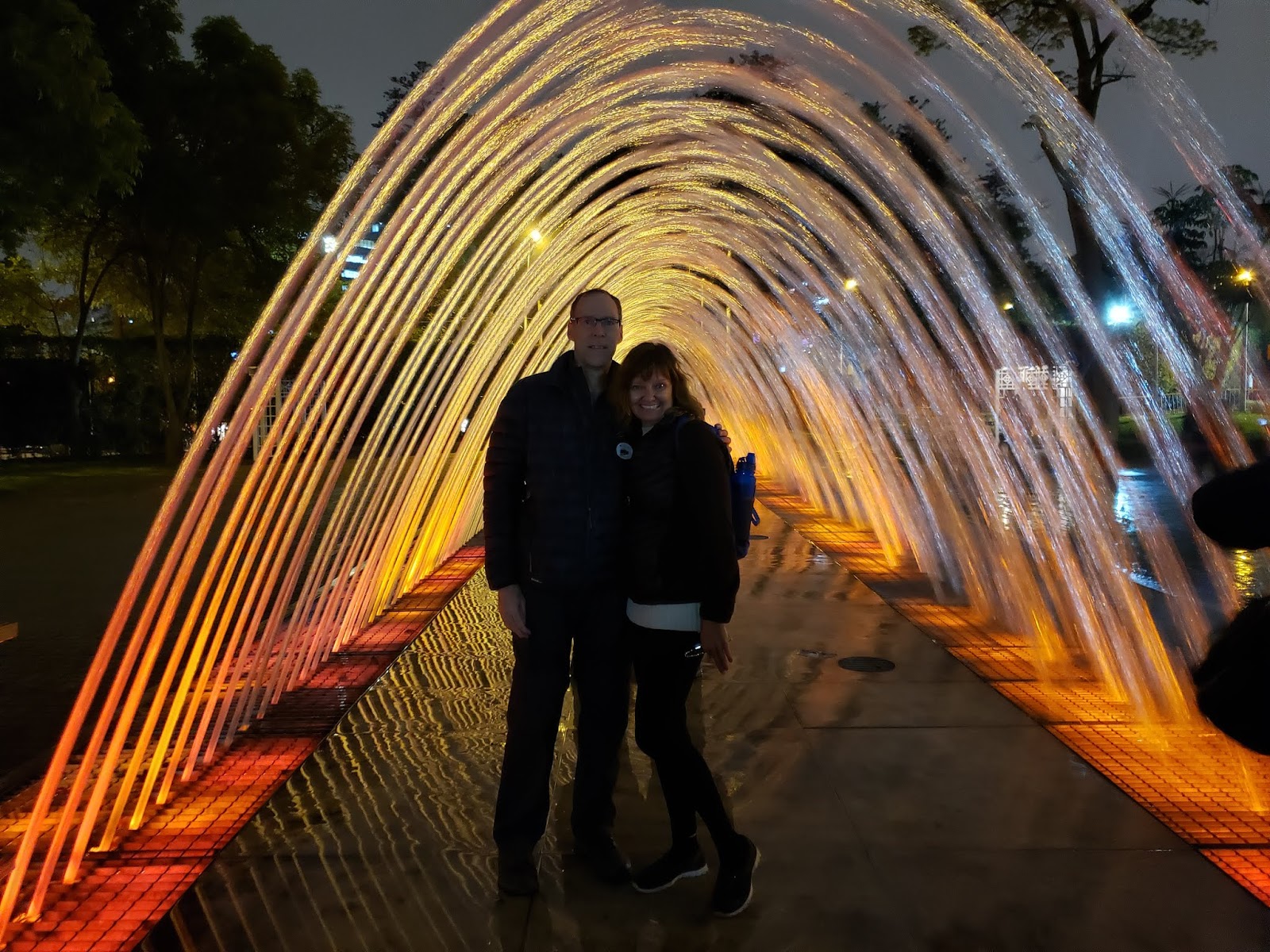 My cold progressively got worse as the night went on. I don't know what was flowing more, the fountains or my nose.

Traffic going back was still really bad.. We drove into the historic centre but the police had blocked off the streets towards the Presidential Palace. 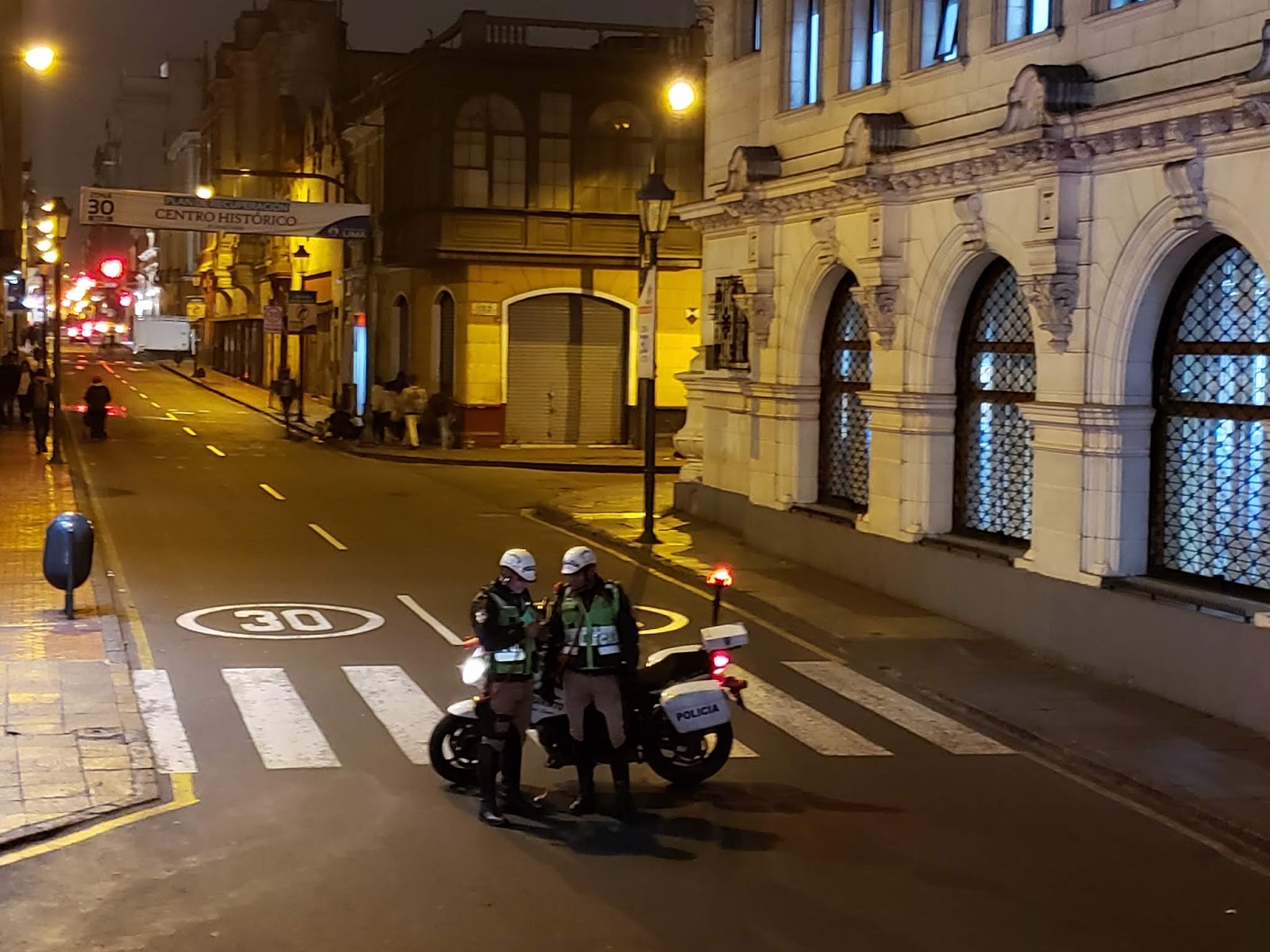 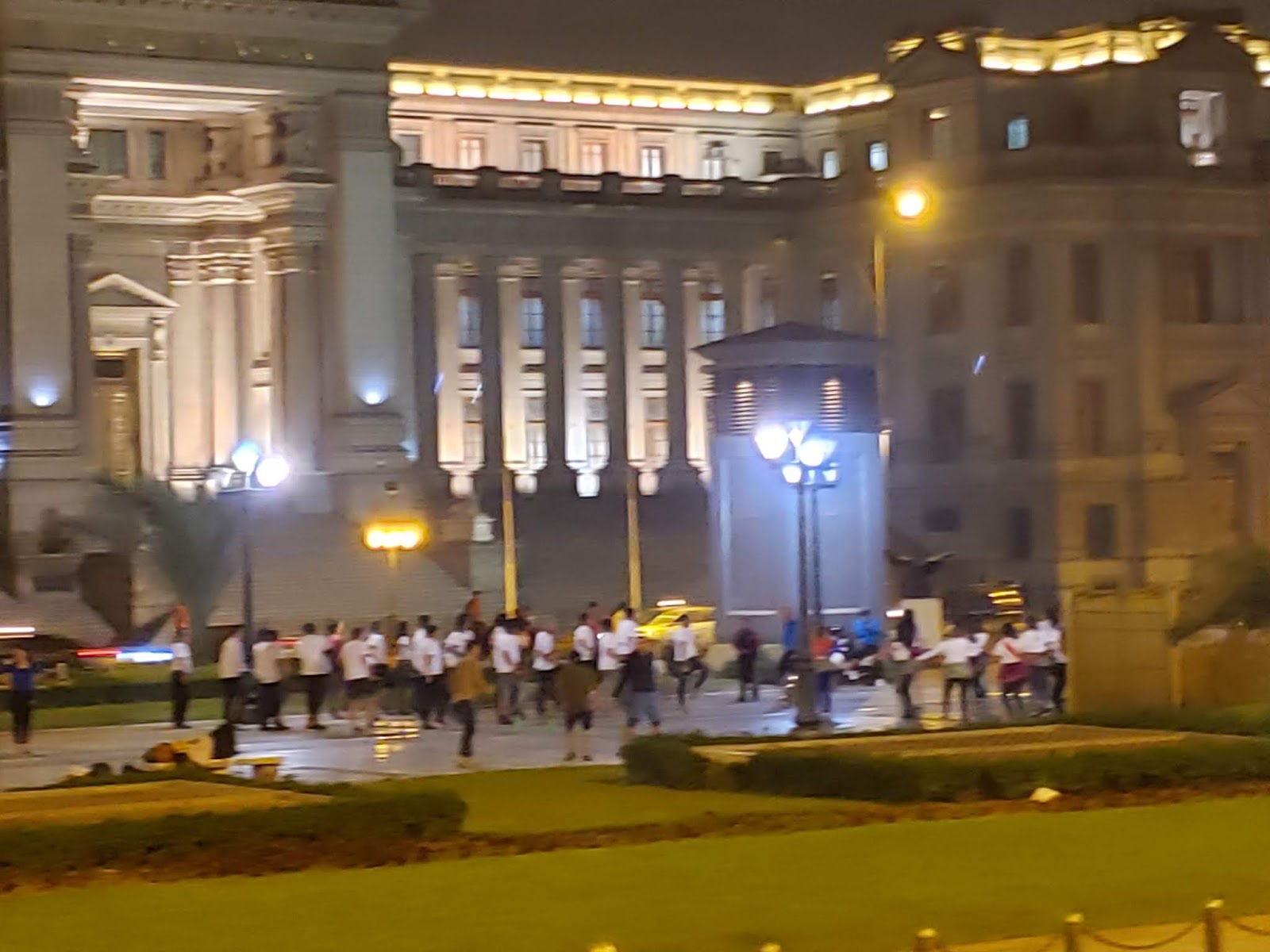 We passed many parks where numerous  groups practiced dance routines. Police were posted in these areas as well. The bus stopped at the Sheraton hotel where we had small sandwiches, desserts and a drink before heading back to Miraflores.