By 8:45am we were at Blondies Sports Bar in the Miracle Mile Mall at the Planet Hollywood Hotel for their $3.99 two eggs, bacon and home fries special. They also had .99 cent Bloody Marys (tall glass with 2 oz of alcohol) to get your day going. John was the only one who went for the Bloody Mary. 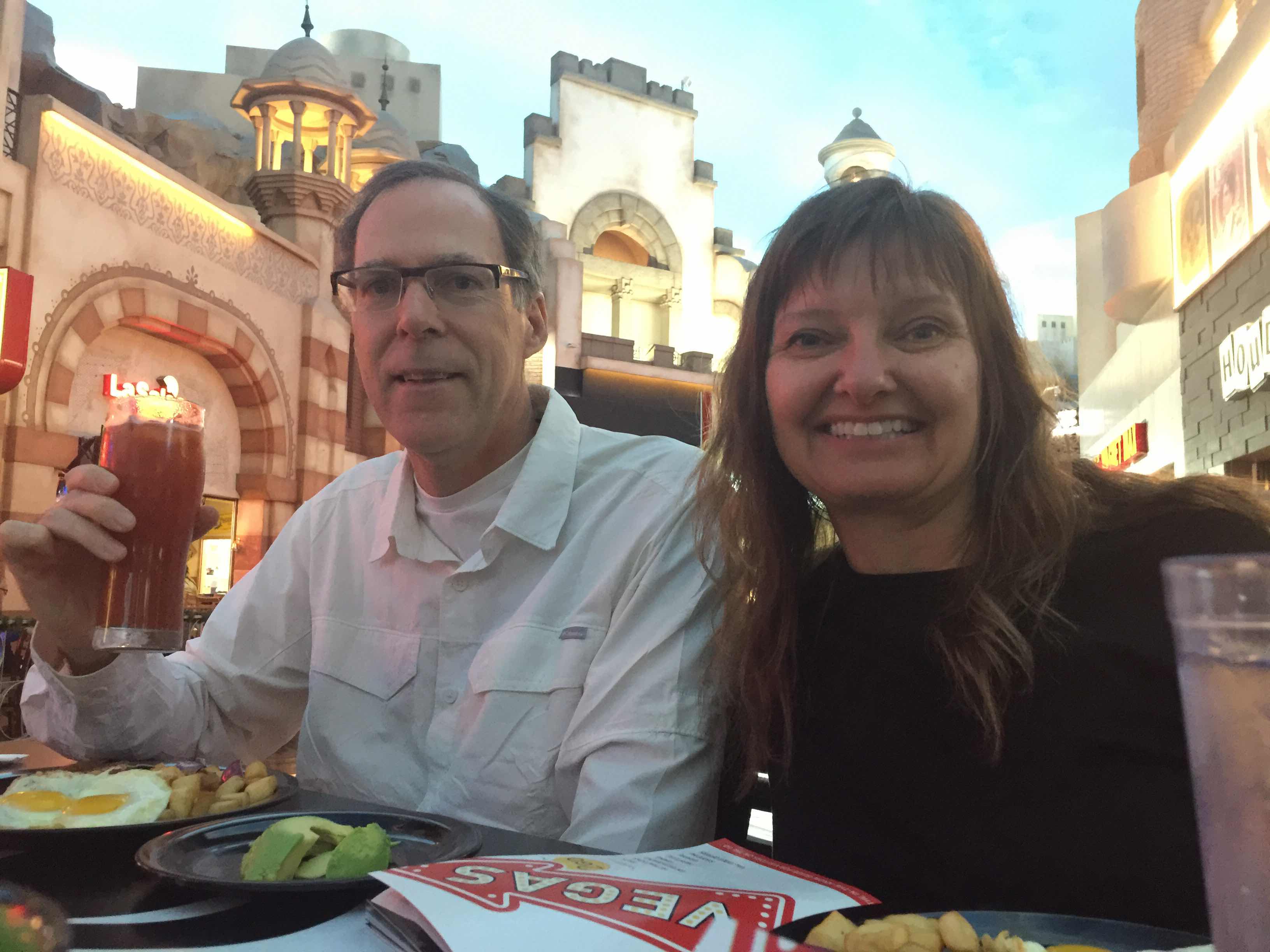 Then commenced a day of non stop walking. After checking a couple ticket booths, we bought 1/2 price tickets for Cirque de Soleil’s Beatles Love show at the Mirage.

My initial impression of Vegas was that of an adult amusement park. There was so much stimulation, I didn’t know where to look. 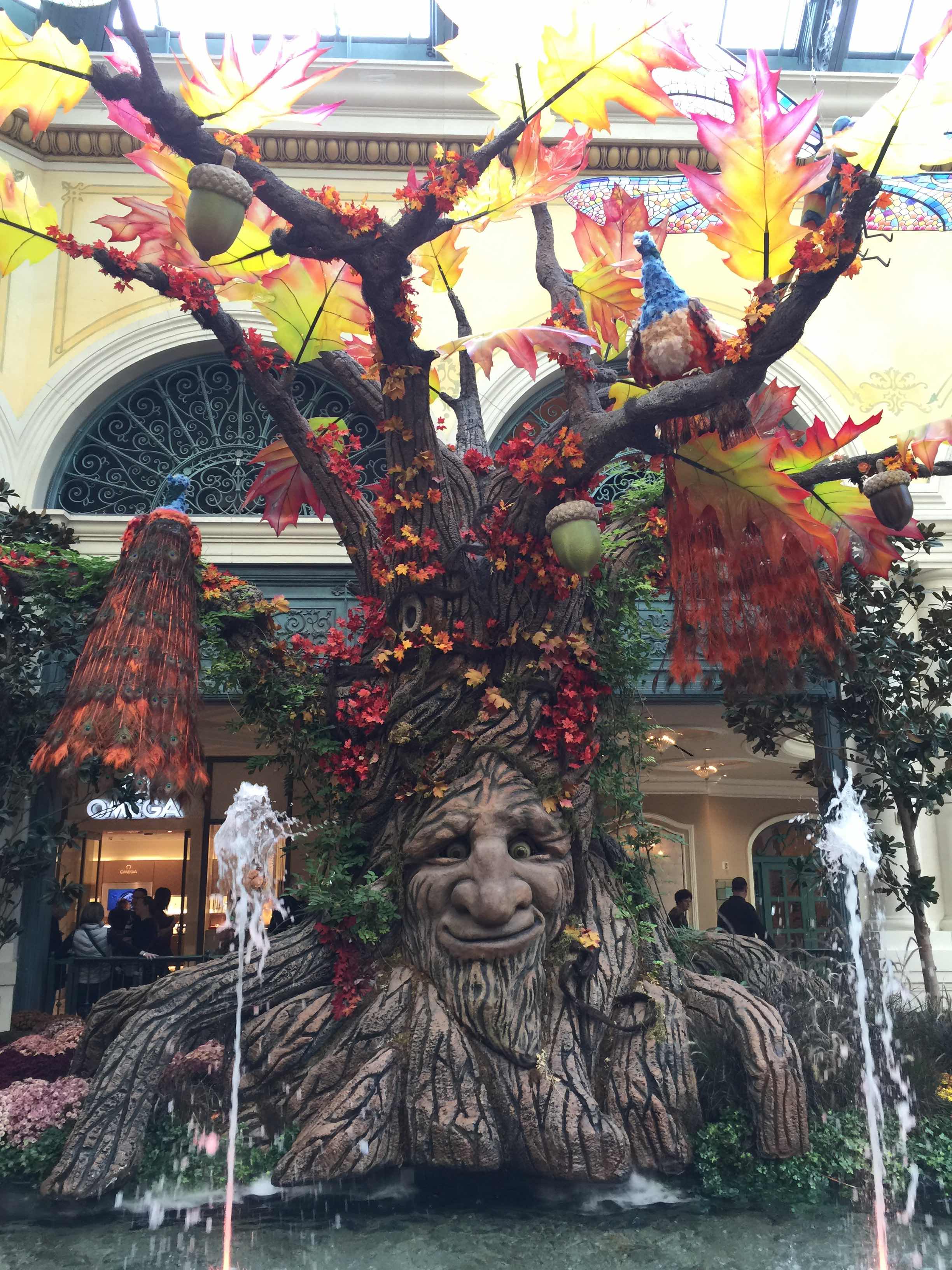 Our next stop was the Bellagio Hotel where we walked through their indoor floral display. The fountain show didn’t begin until 3pm so we decided we would save it till later. 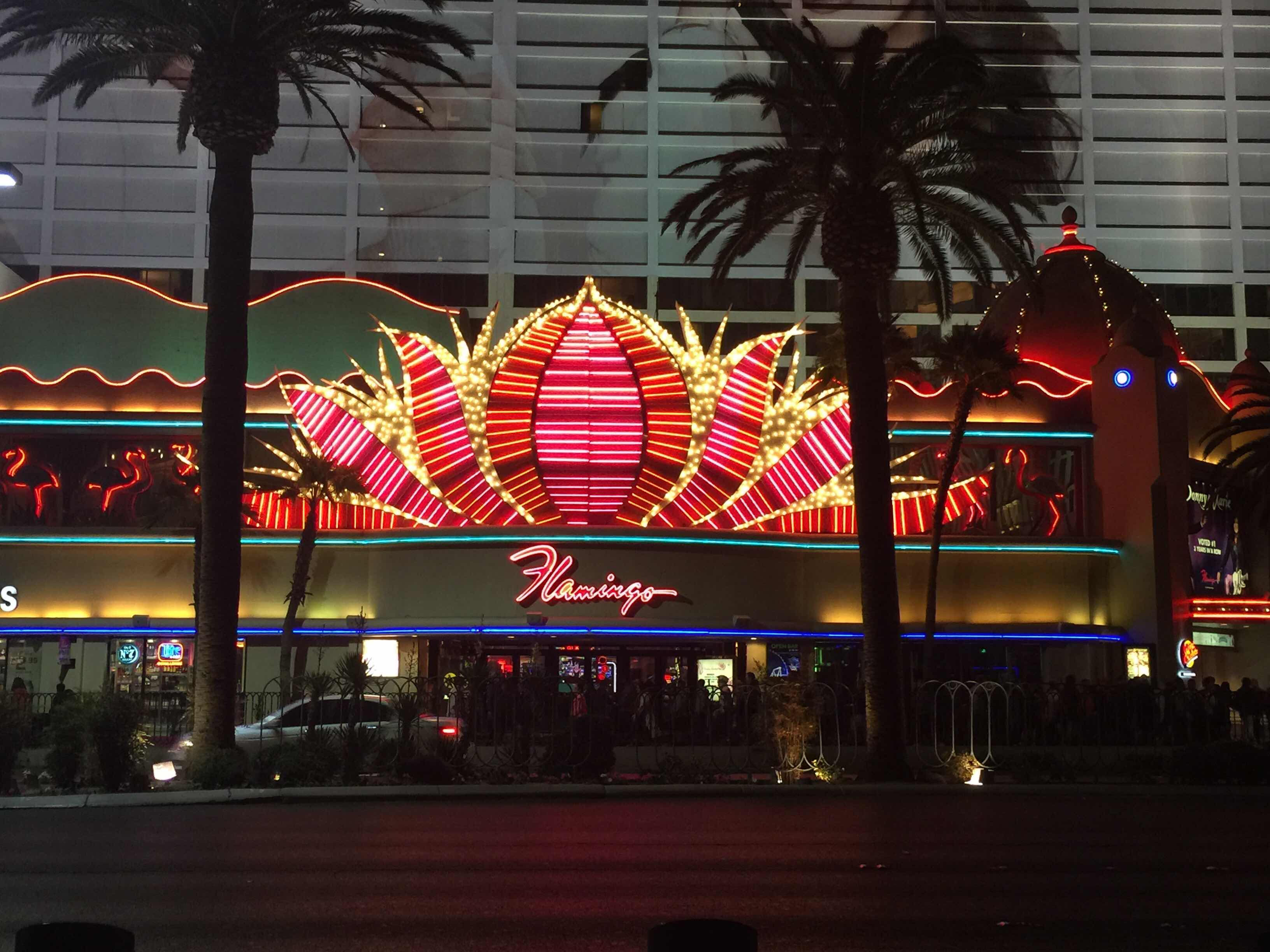 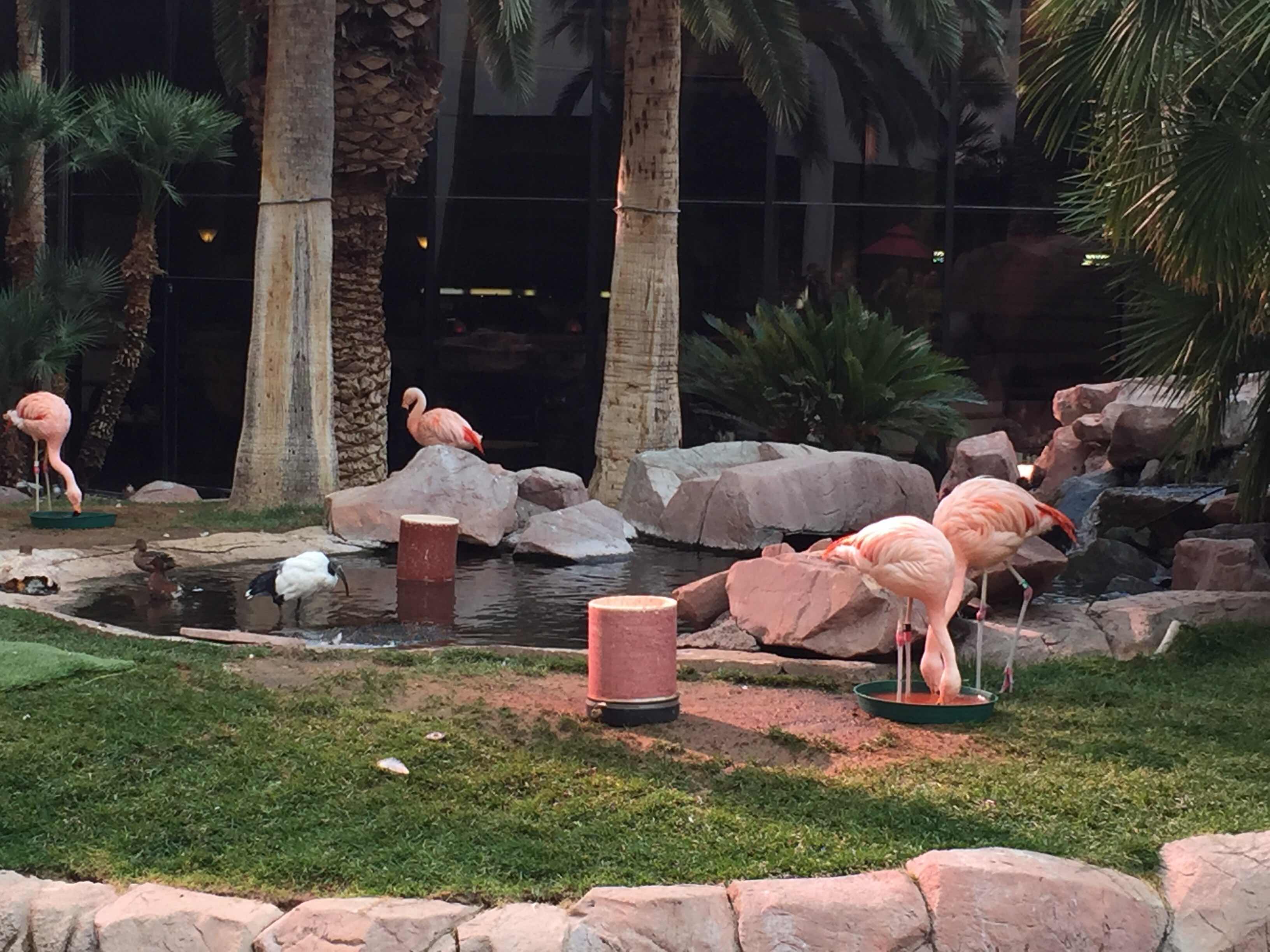 The Flamingo Hotel was our next destination where we checked out the bird and flamingo gardens.

To get to most of the free attractions, you usually have to walk through the gambling casinos and past many stores. The casinos are like Dante’s hell; smoky with lots of flashing lights and noise (I guess you can tell I’m not a big gambler). 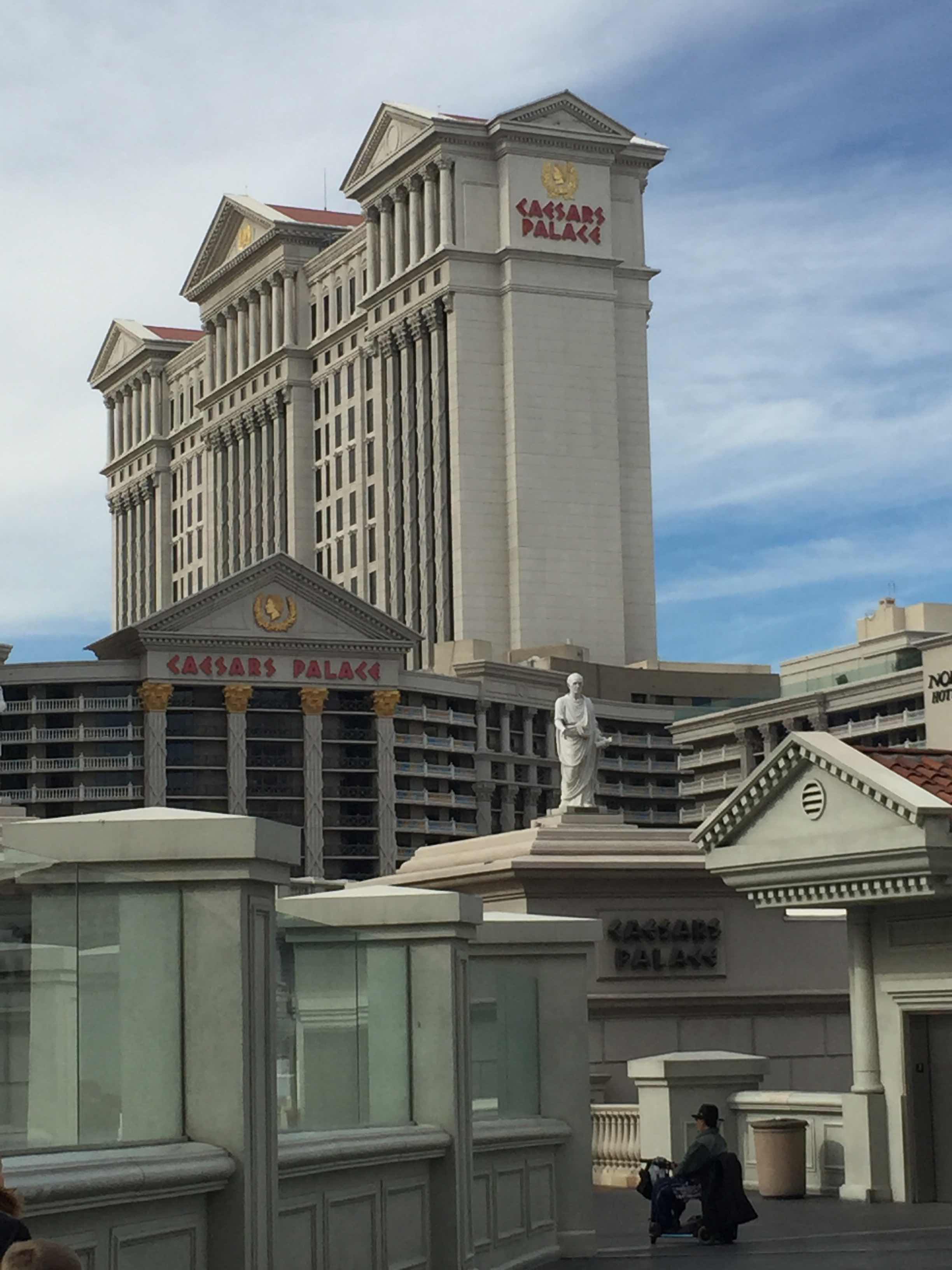 Our next stop was Caesar’s Palace for the Atlantis show and to see the huge aquarium. The show was with automated figures and I had some difficulty making out what they were saying. 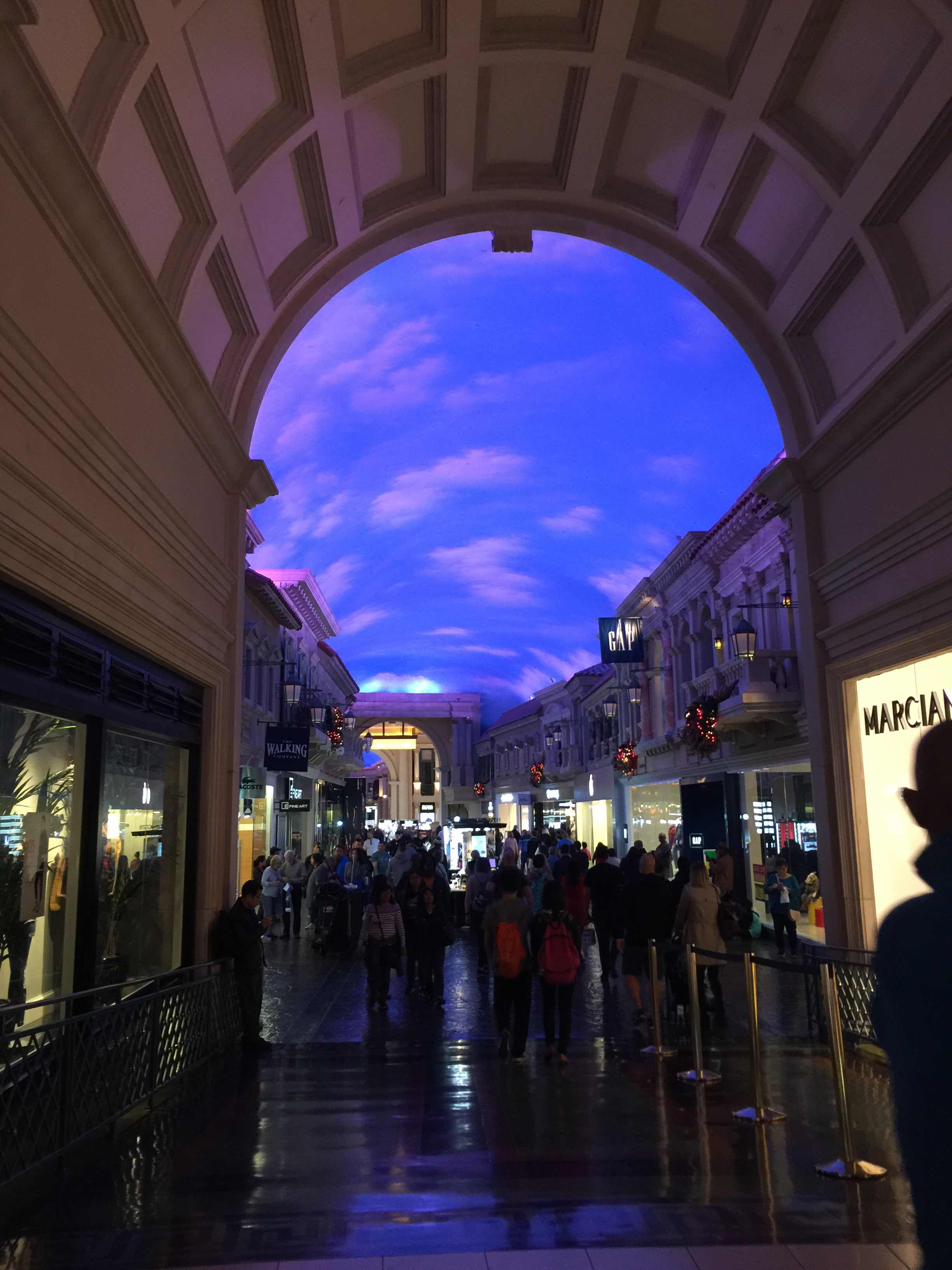 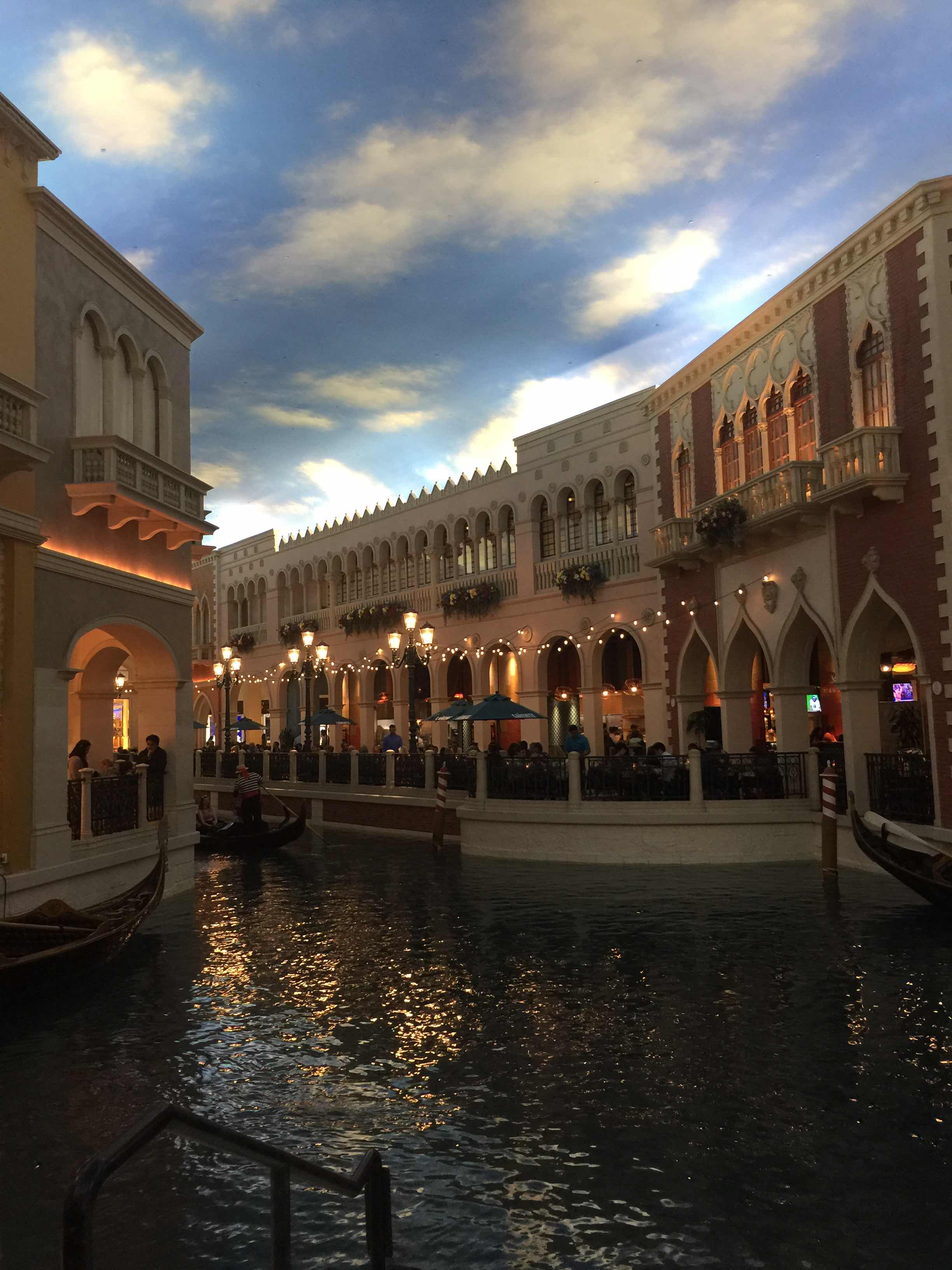 When you are inside most of the shopping galleries at the big hotels you have the illusion of being outside on a street with themed building fronts and the ceiling painted like the sky. 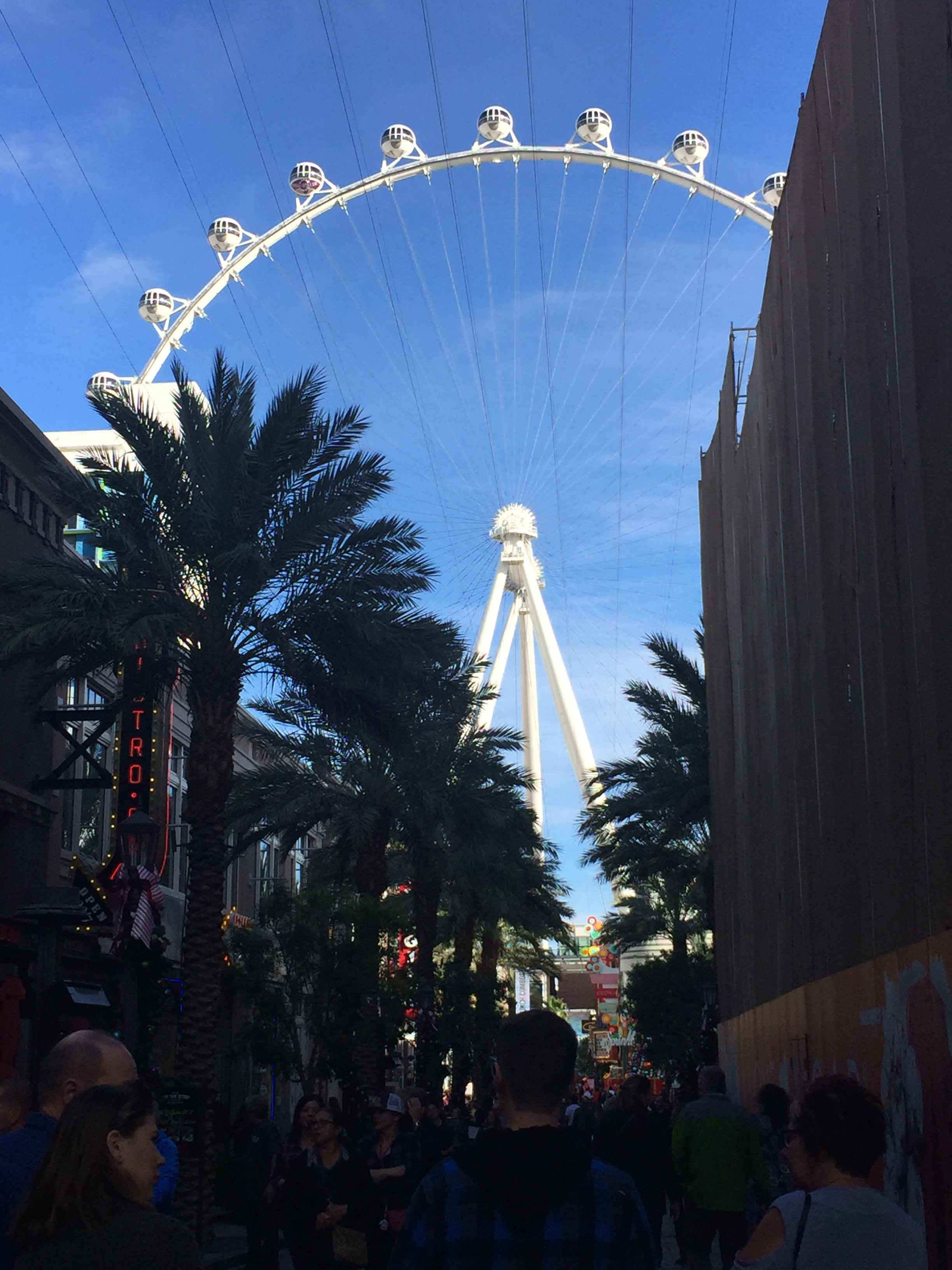 We travelled up and down the Linq Promenade and watched the zip liners and large High Roller ferris wheel before heading to The Venetian Hotel. 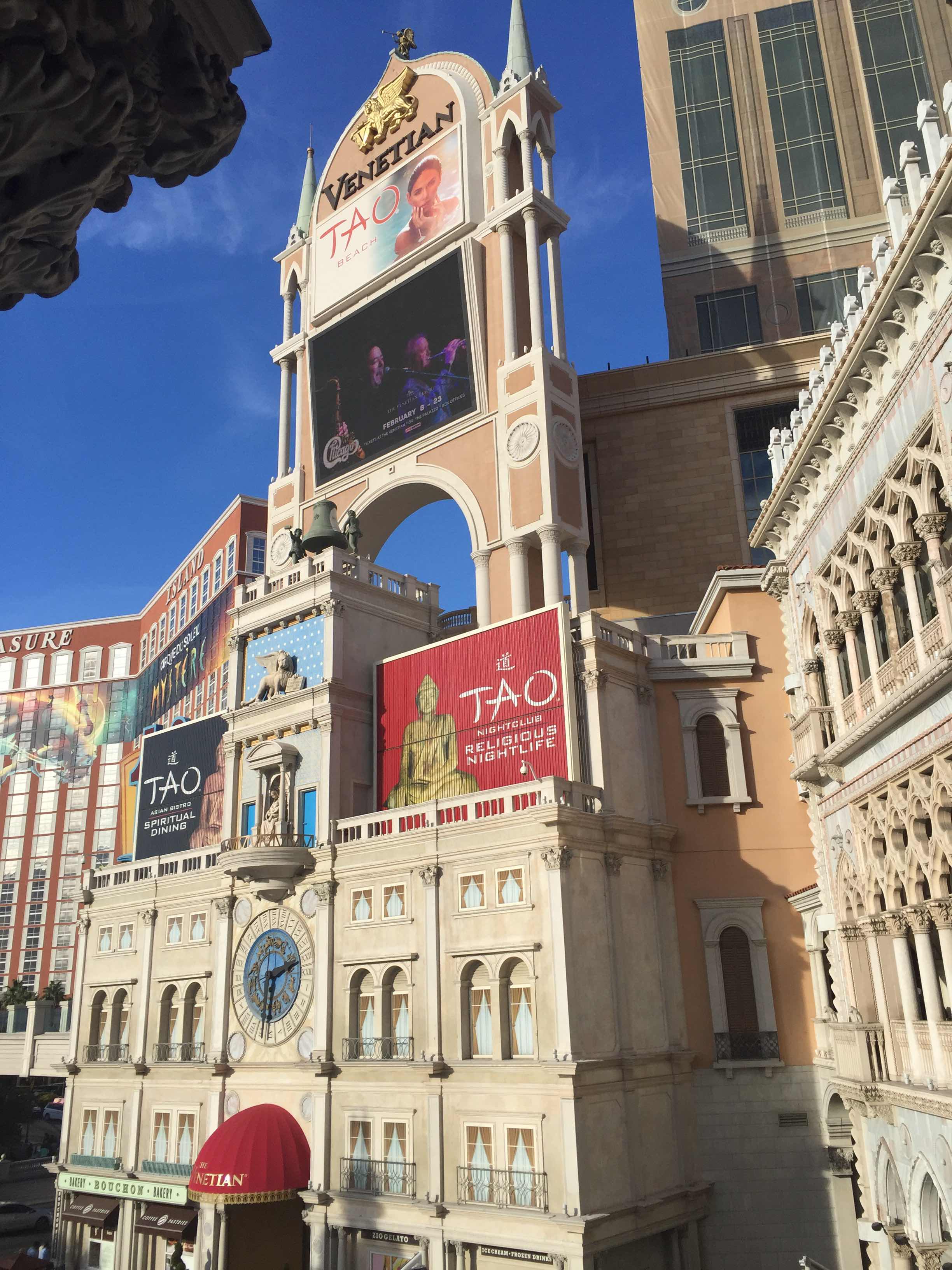 The replicas of famous buildings in Venice were really well done. We watched the gondoliers and live statues. 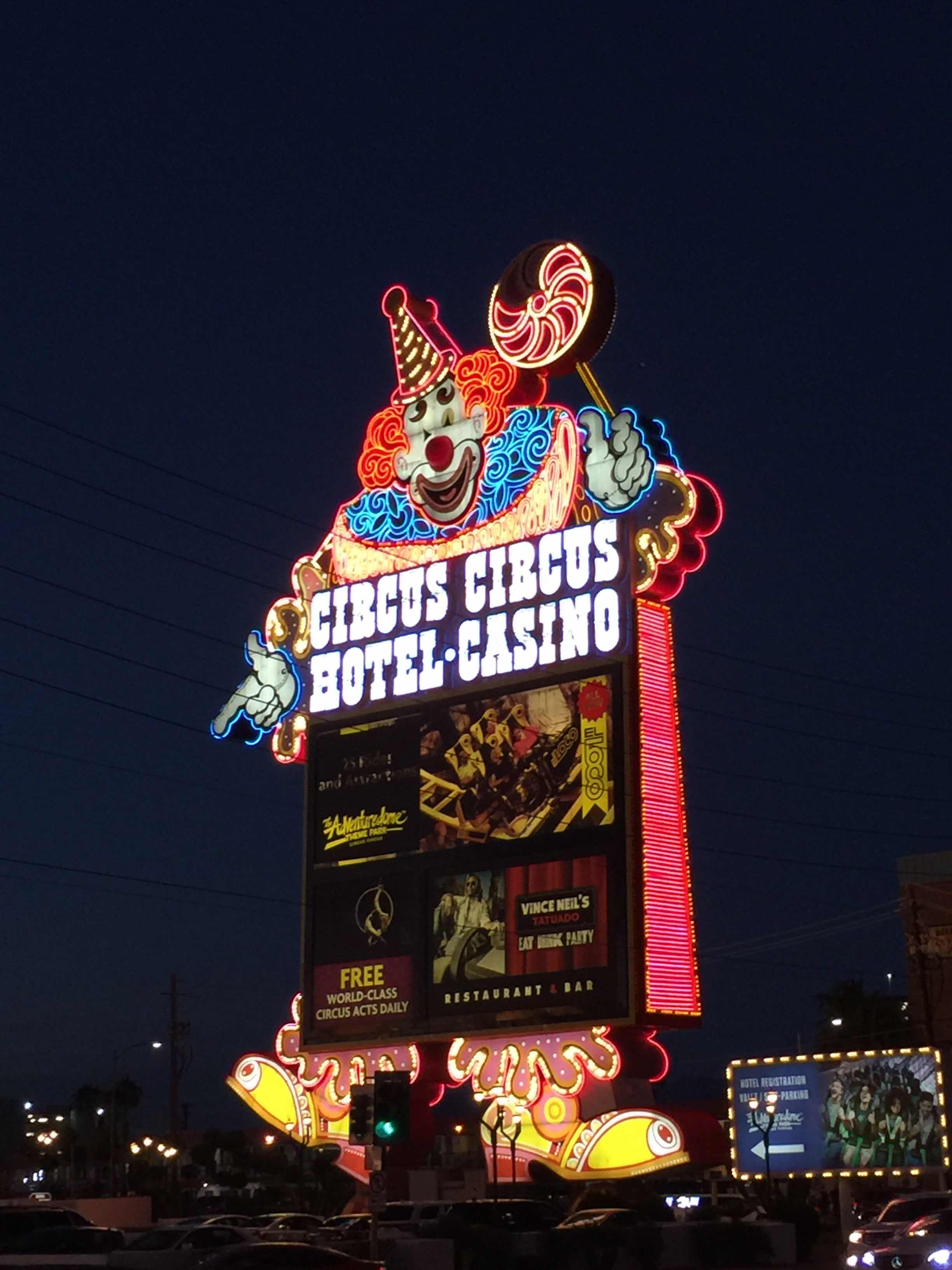 By this time we were getting pooped but we soldiered on to Circus Circus  where we took the opportunity to sit and rest our feet while waiting to watch the acrobatic show. It lasted only about 10 minutes. I found Circus Circus to be my least favourite of the resorts. It felt tired and a bit tacky.

Walking very slowly, we made our way past the Fashion Mall and the pirate ships in front of the Treasure Island Hotel. Apparently there used to be a really good pirate show there but there doesn’t appear to be one any more. 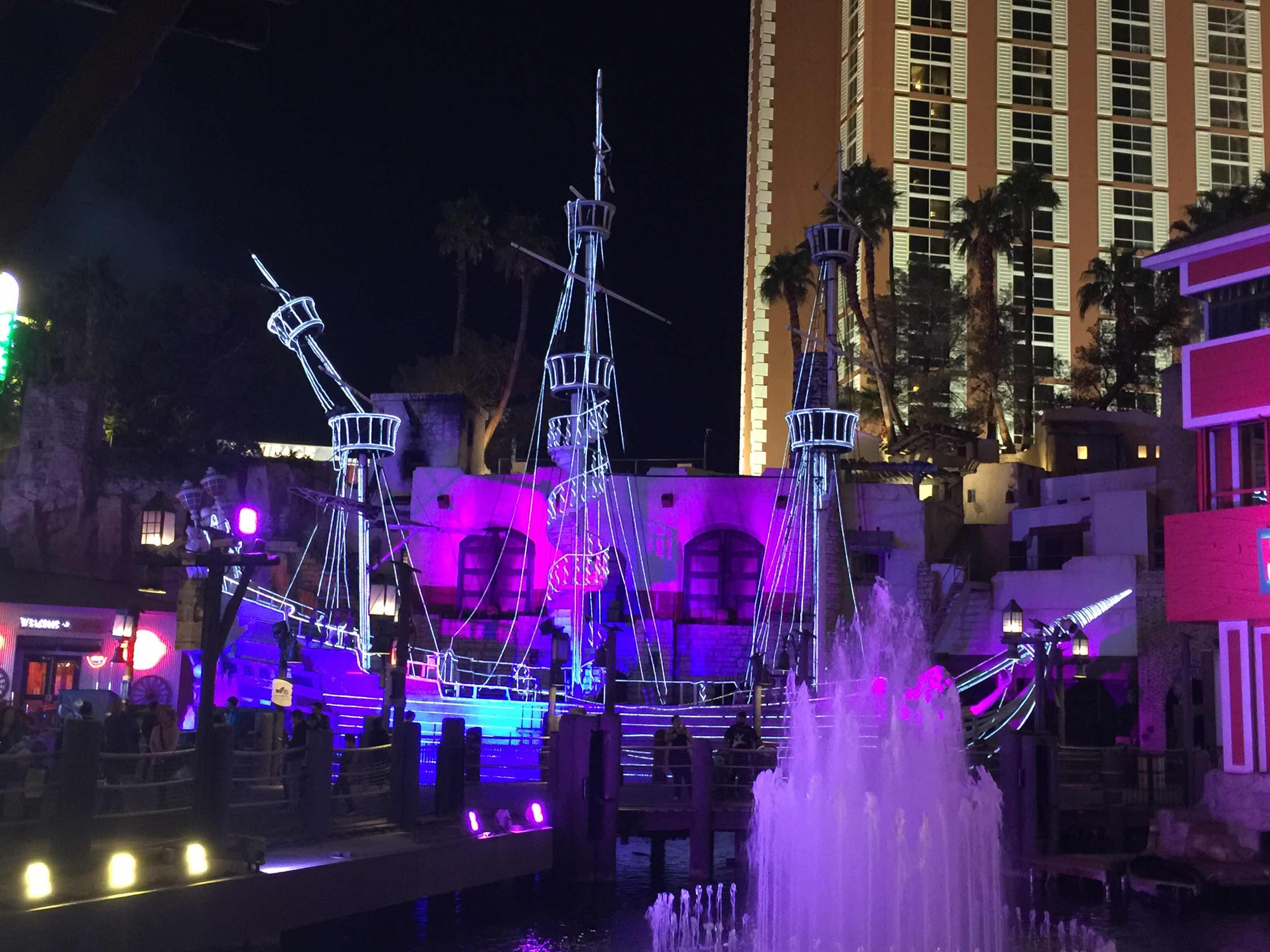 We had tickets at the Mirage Hotel for the 7pm Circ de Soleil “Love” show which is performed to Beatles songs. I was totally exhausted and was actually dosing off in my seat before it began but instantly focused as soon as it started; so much action, talent and creativity. I was thoroughly mesmerized. 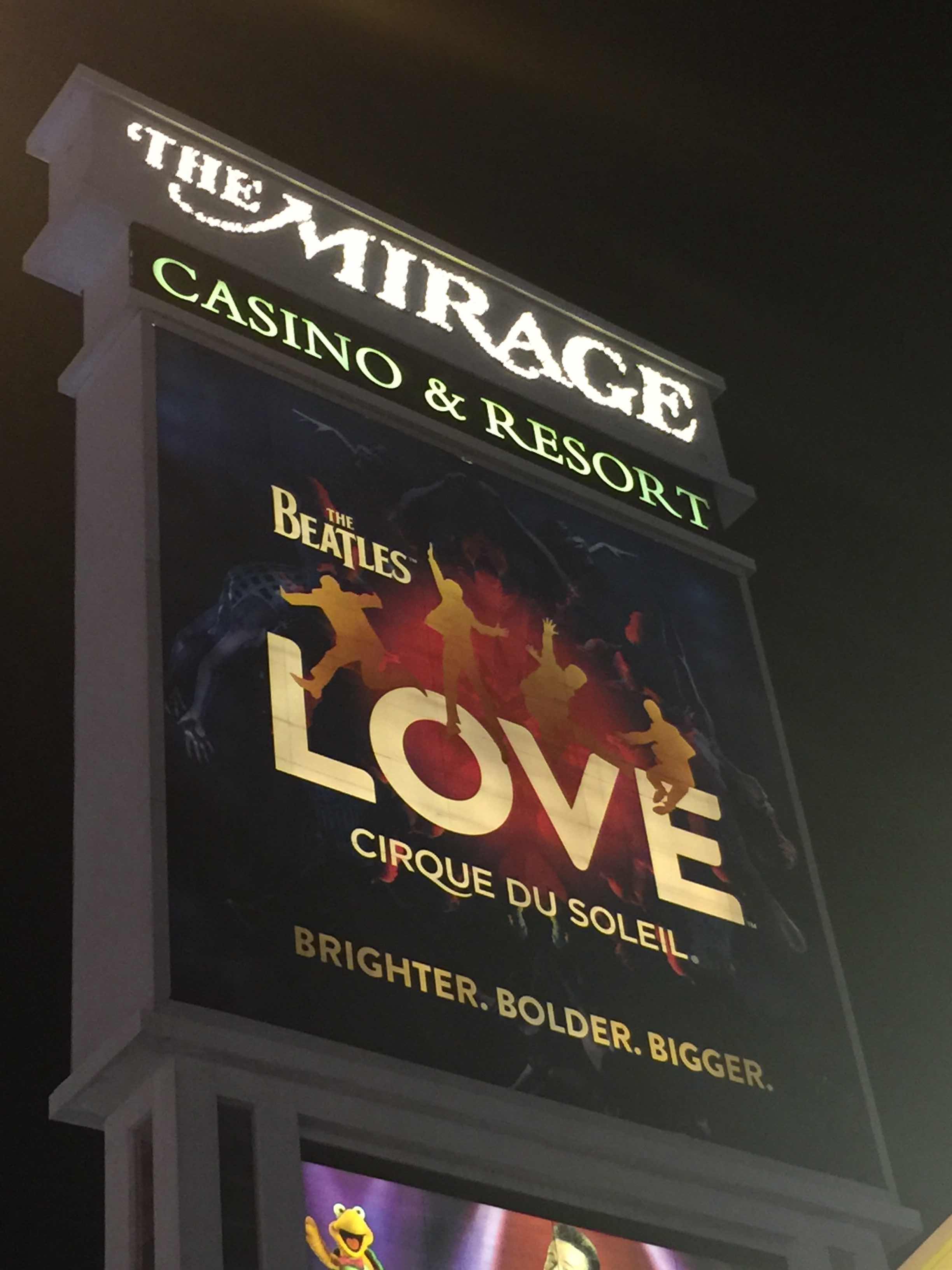 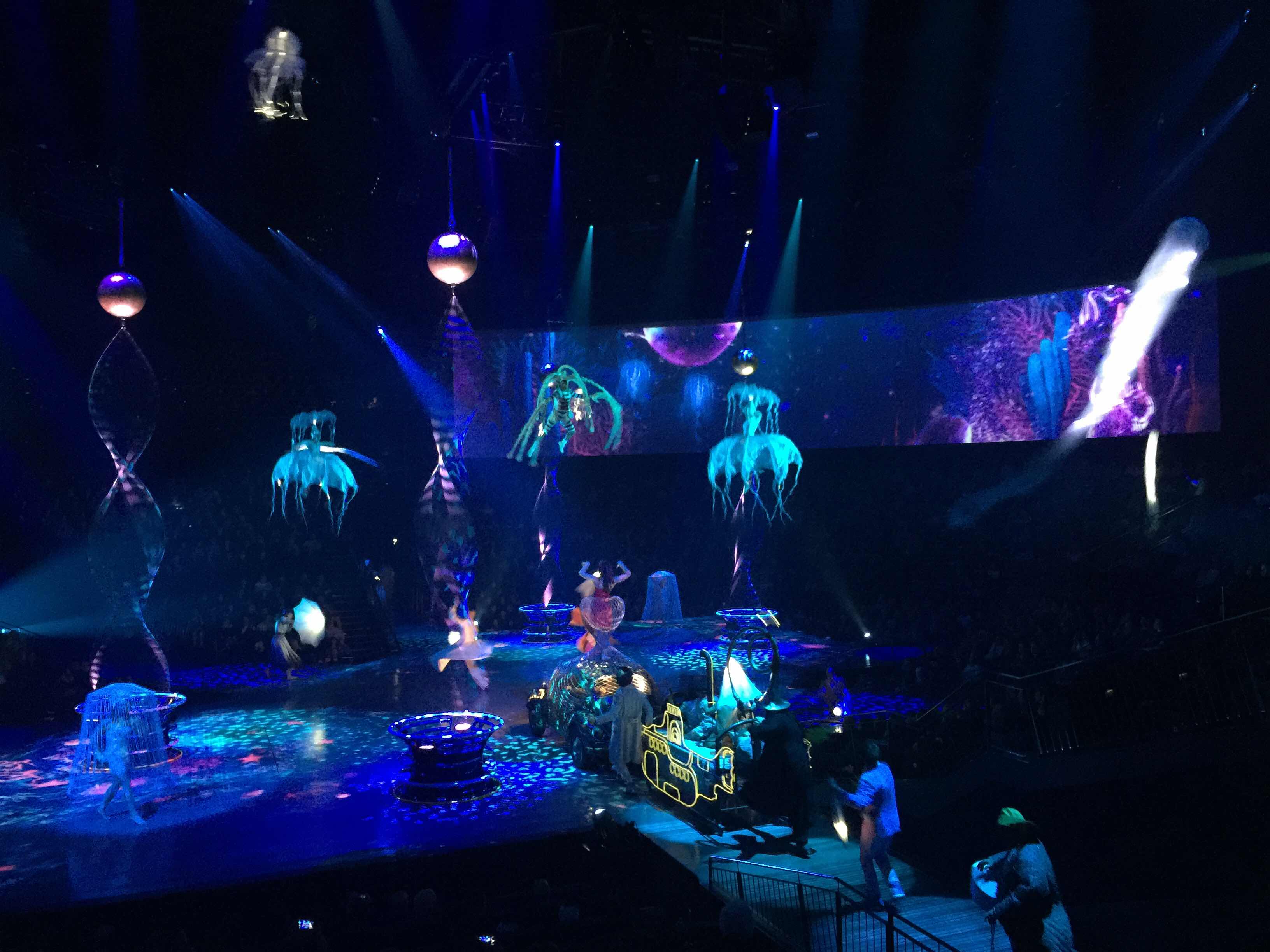 The evening ended with watching the volcano exploding in front of the Mirage (awesome) and then the fountain show set to music (totally awesome) at the Bellagio. 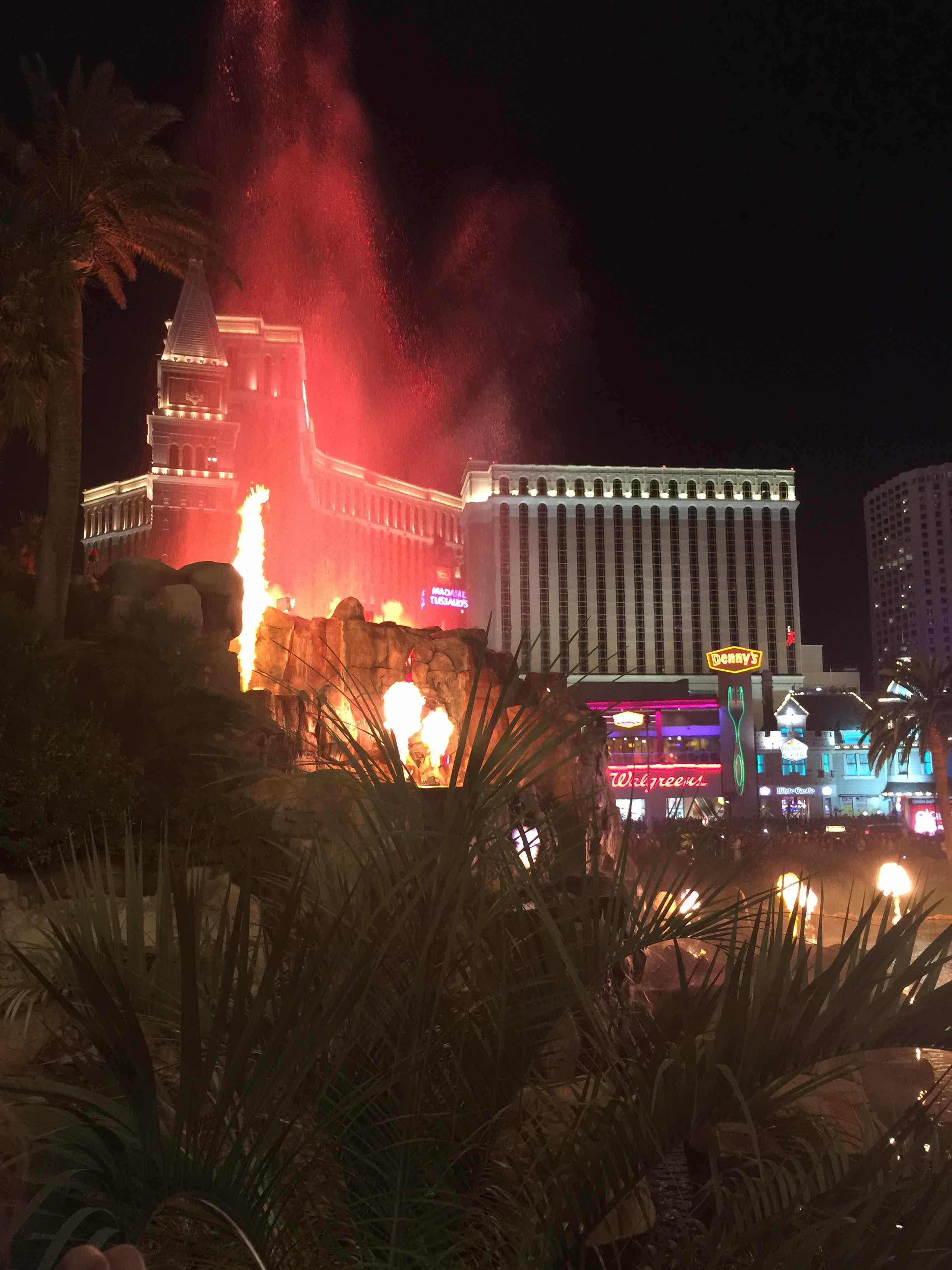 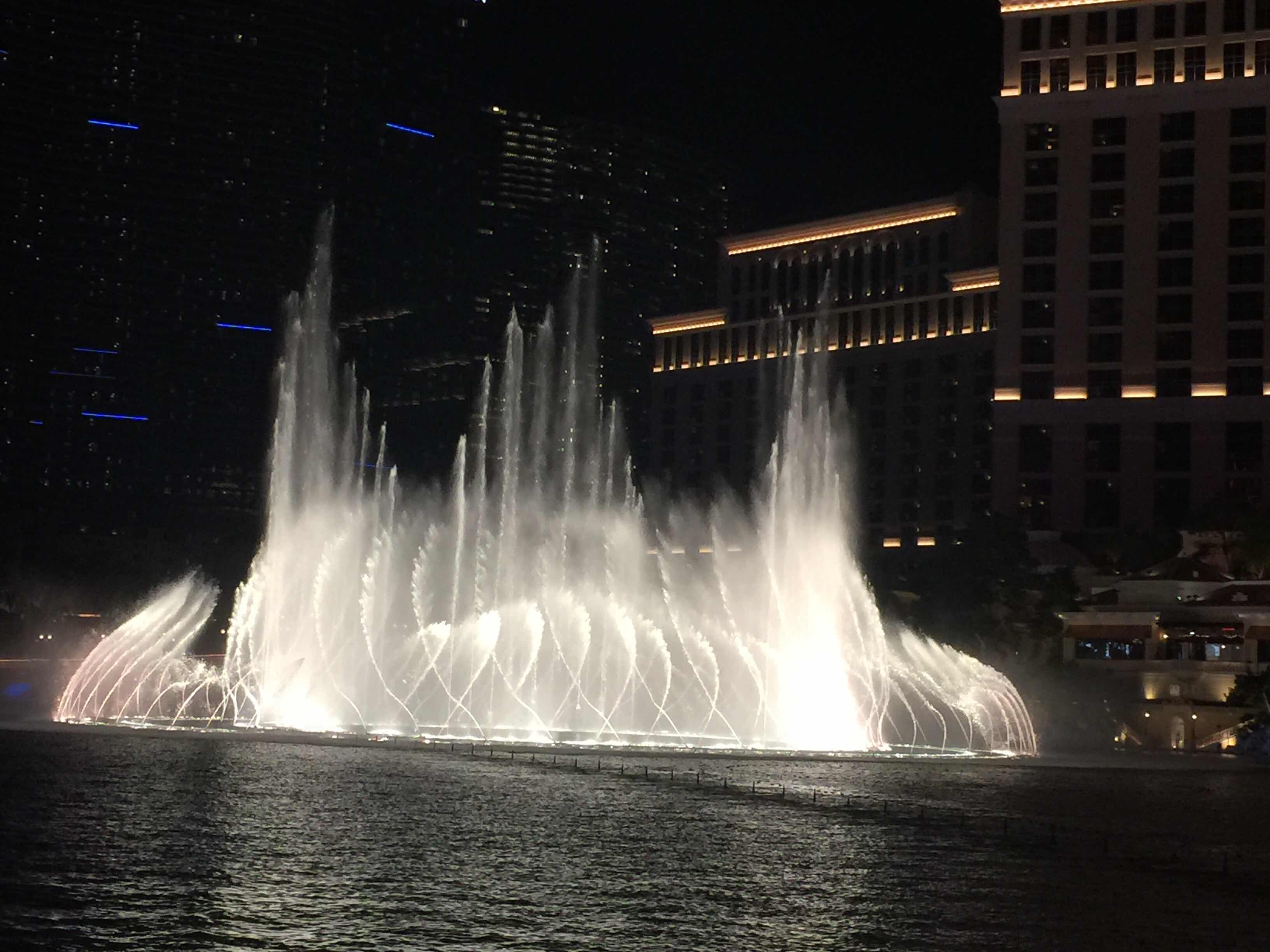 The streets were a lot more crowded at night. Lots of people were drinking in the street. I’m assuming that it is legal here. The fashions were a lot more eclectic. There was also more of an adult oriented “what happens in Vegas....” feel to it especially given the large mobile billboards being driven up and down the Strip advertising female escort services.

Although the night was young for the majority, after walking 20km over 14 hours, we were ready to head home.