As last night was a Sunday we had a much quieter sleep...no partying so no earplugs needed.

Partially due to an extreme burn on my derrière from snorkeling yesterday with my behind sunny side up we decided to start the day with some non-beach touring in central Mauritius.

I had a few navigational challenges in getting us to our first stop. At one point people were beeping at us. That’s when we noticed we were driving the clown car in the wrong direction down a one way street. 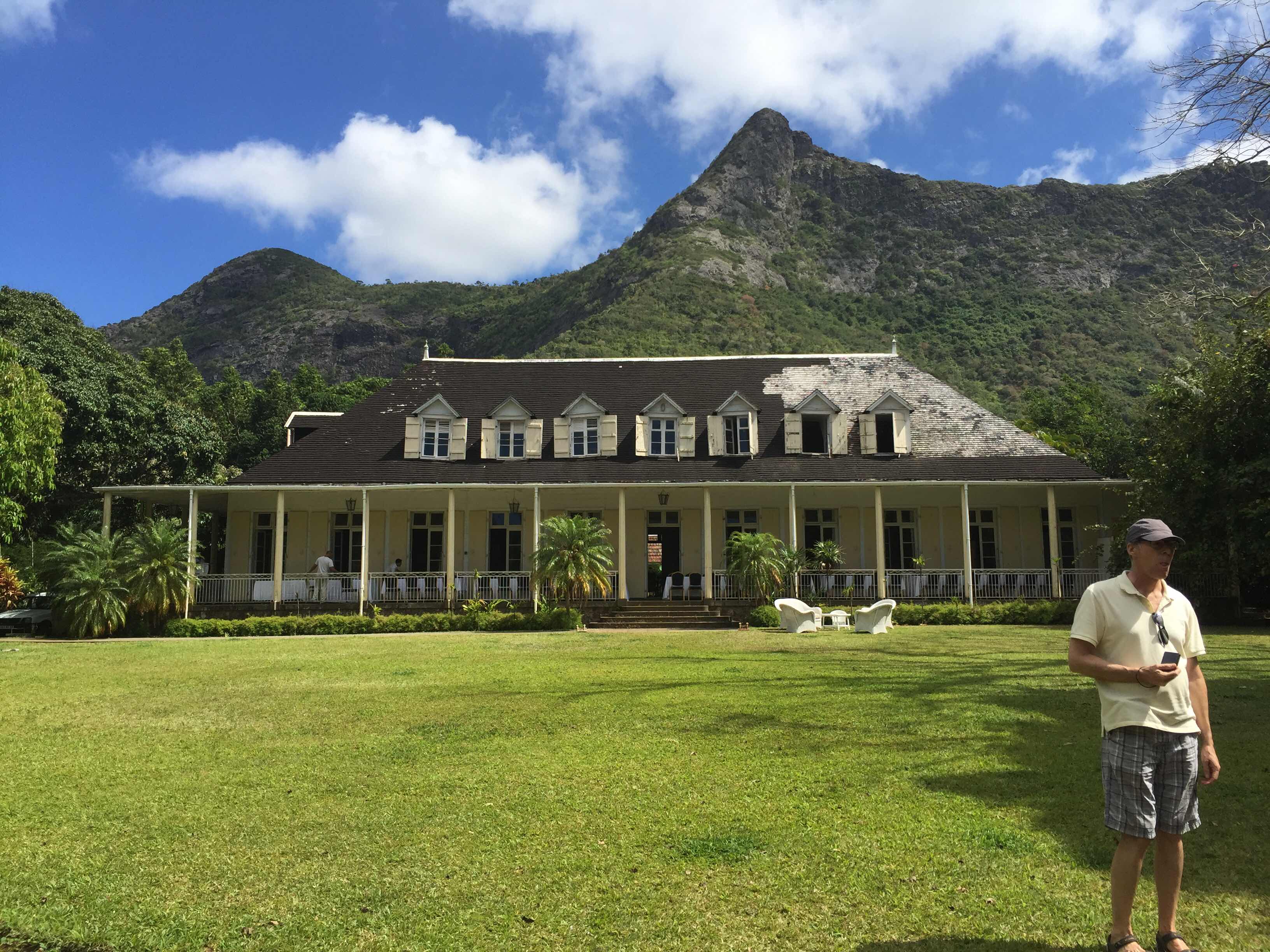 We finally made it to Maison Eureka; an old plantation house with a beautiful waterfall on the property. It was a lot of crumbly steps to get down to the falls but it was worth the view. 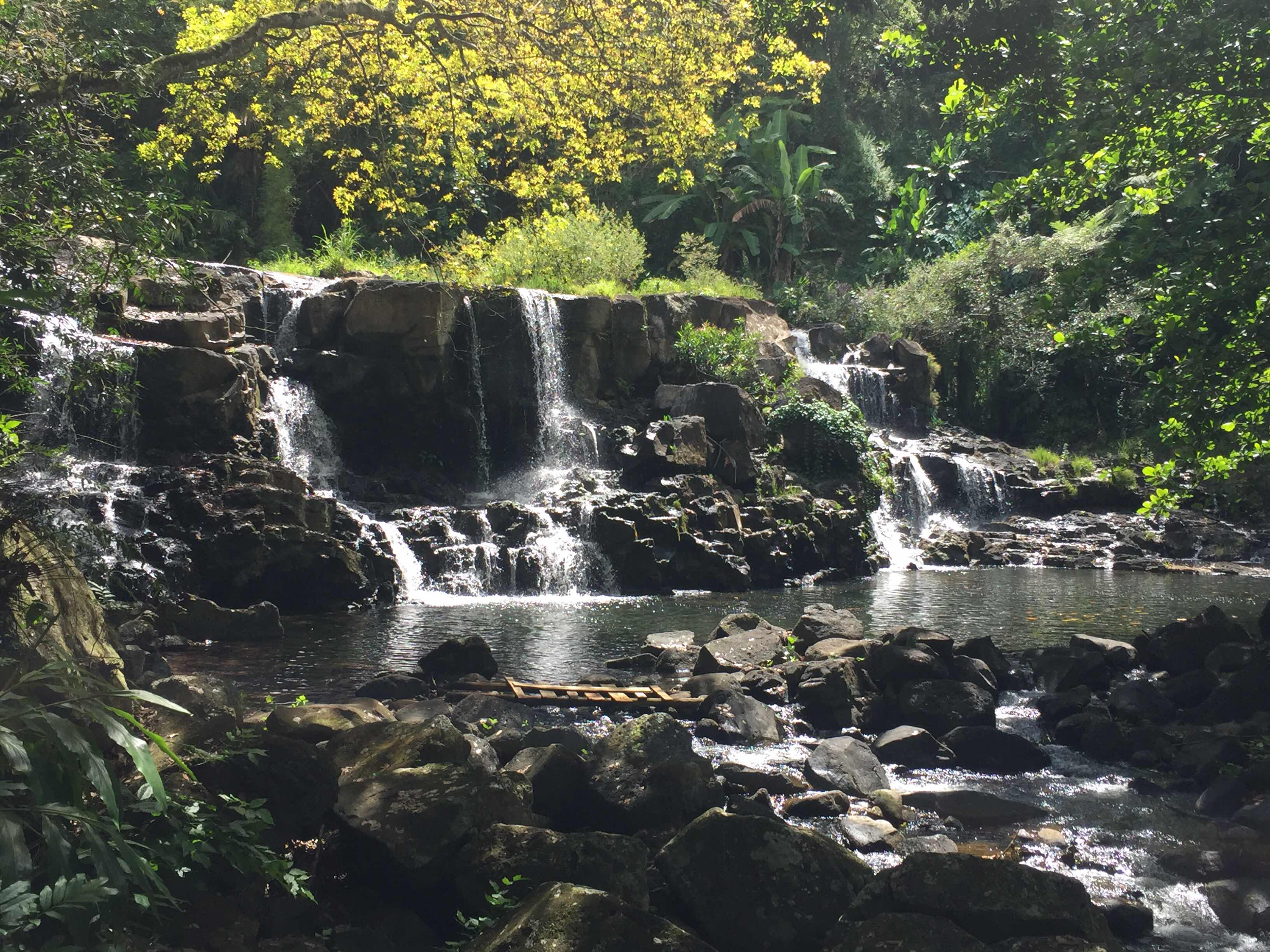 I am horrified at the amount of black smoke that the buses and many of the other vehicles belch out.

My next challenge was to navigate us to Trou aux Cerfs - a dormant volcano crater. Once again there were a few one way street incidents but we finally reached it. We also passed a modern type building reminiscent of Tolkien’s Eye of  Sauron. 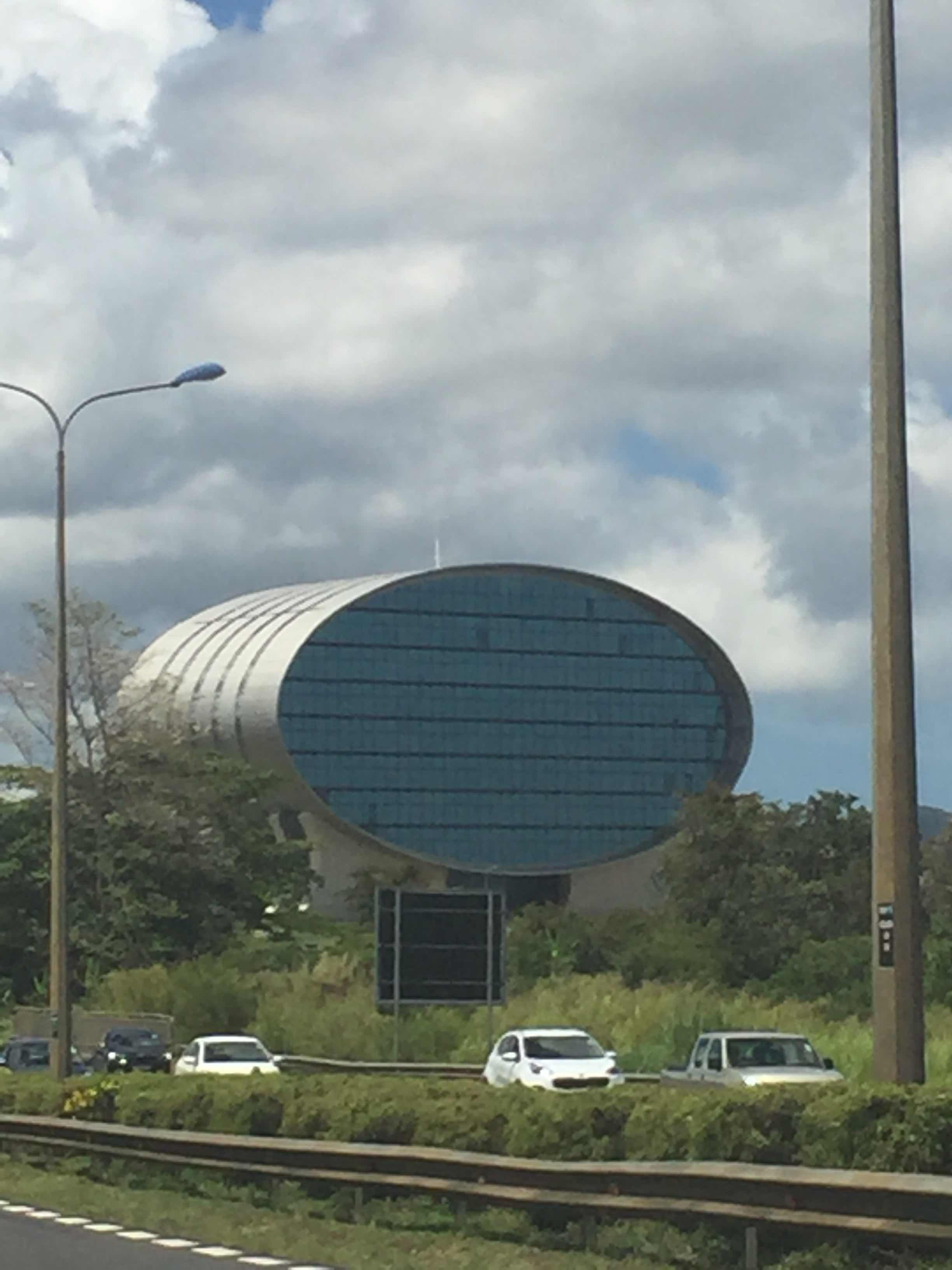 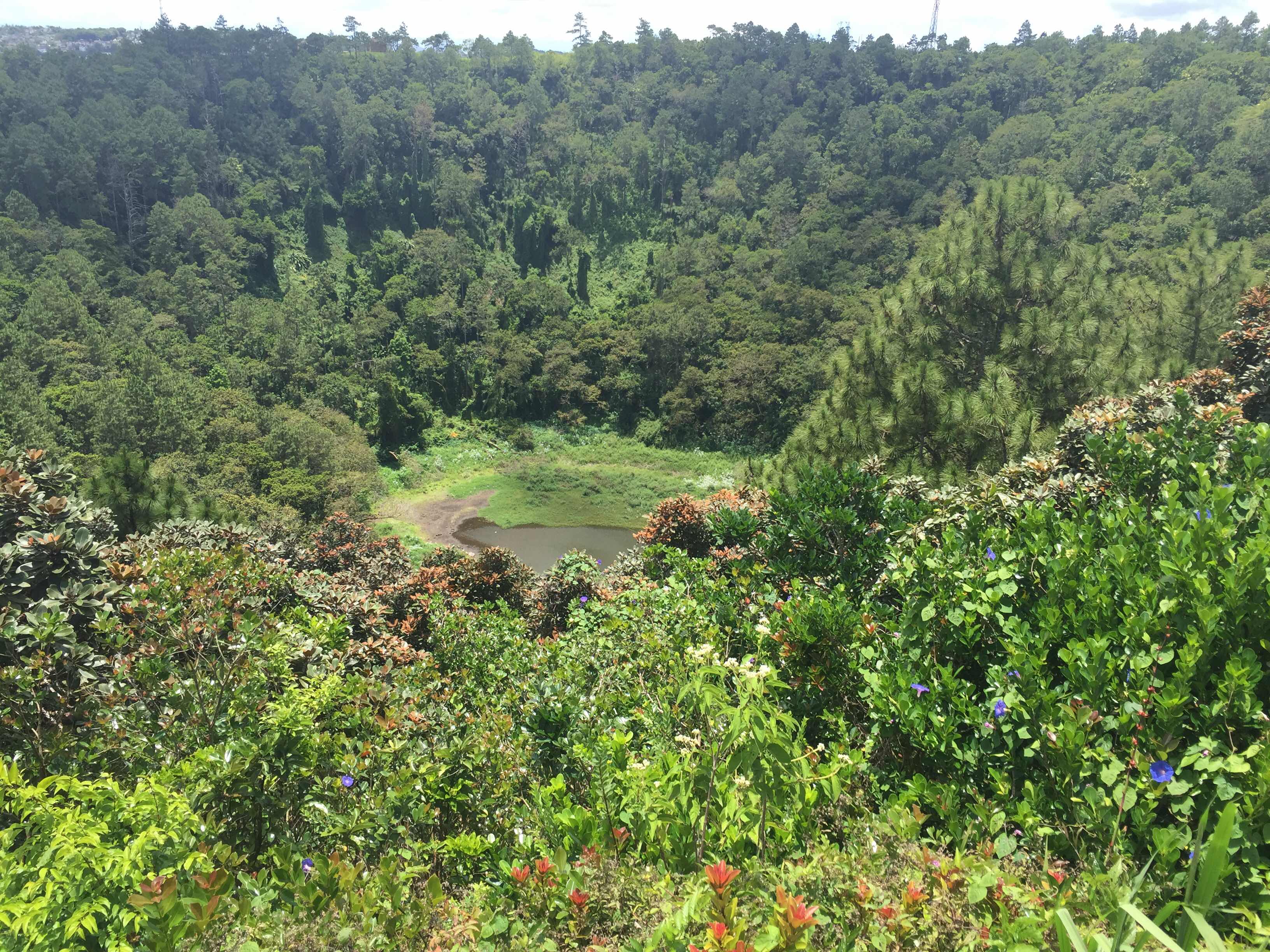 We walked to the rim and looked at the small lake in the bottom surrounded by forest all around the crater sides. There were also some great views looking out over the island from the top of the crater. 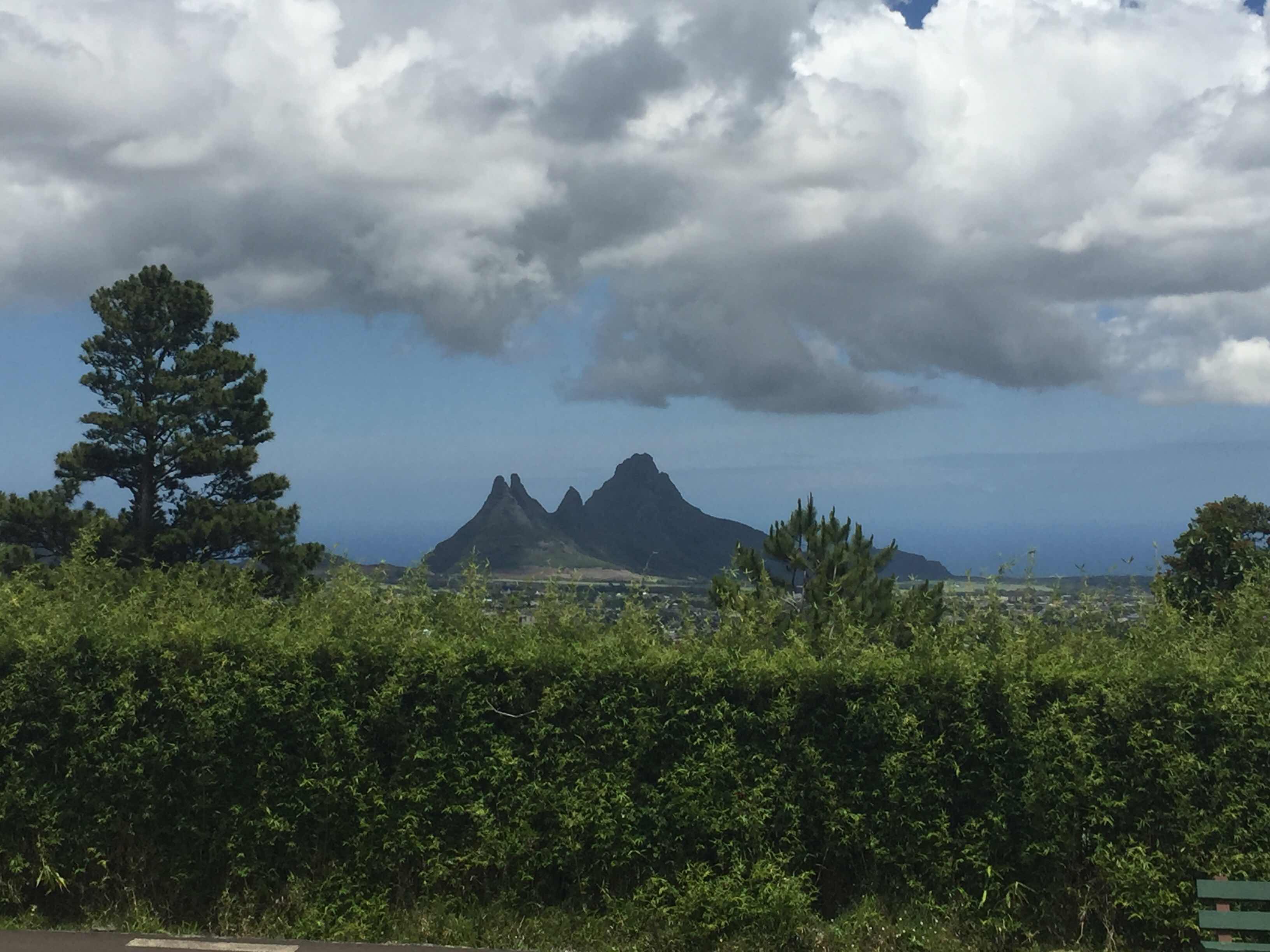 Navigating out of the crater area to Tamarin Falls almost did me in. Things got ugly and we were about to give up and go back to Flic en Flac when we decided to give it one more go. Success. 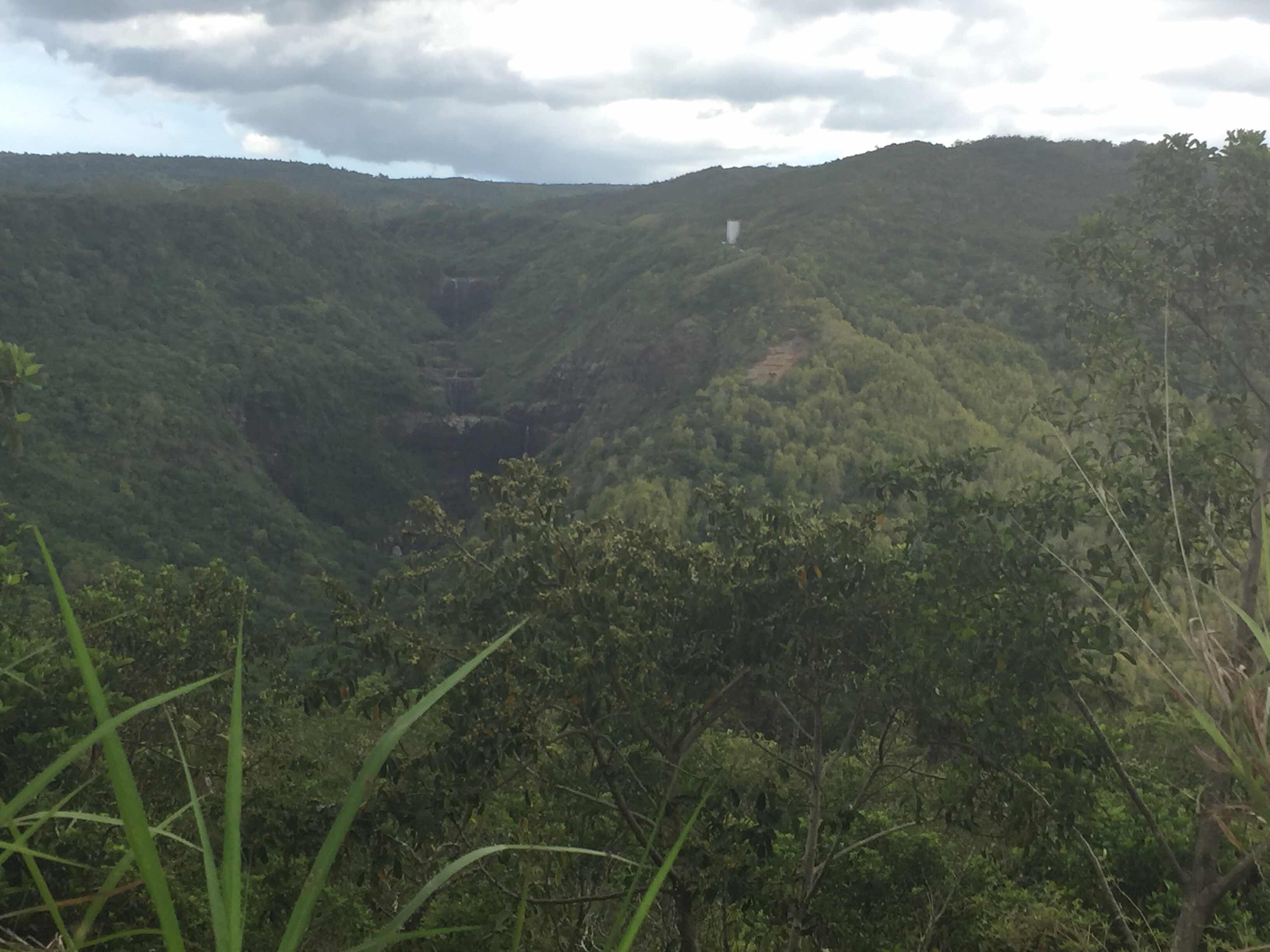 After all that work, the falls were lovely but a bit underwhelming because there wasn’t a lot of water running over the seven rock cascades that make up the falls.

We went back to Flic en Flac for some lunch at our apartment and then walked to our beach. Being a Monday, it was much quieter than when all the locals were there with their families on the weekend.

I couldn’t resist another opportunity to frolic with fish so once again, I exposed my delicate bottom to the unforgiving sun’s burning rays. Actually I wore my beach shorts so there was less tush to burn.

At first I thought there wasn’t much to see but little by little I found more and more sea life. My big find was an octopus! I was in for over an hour. So awesome. 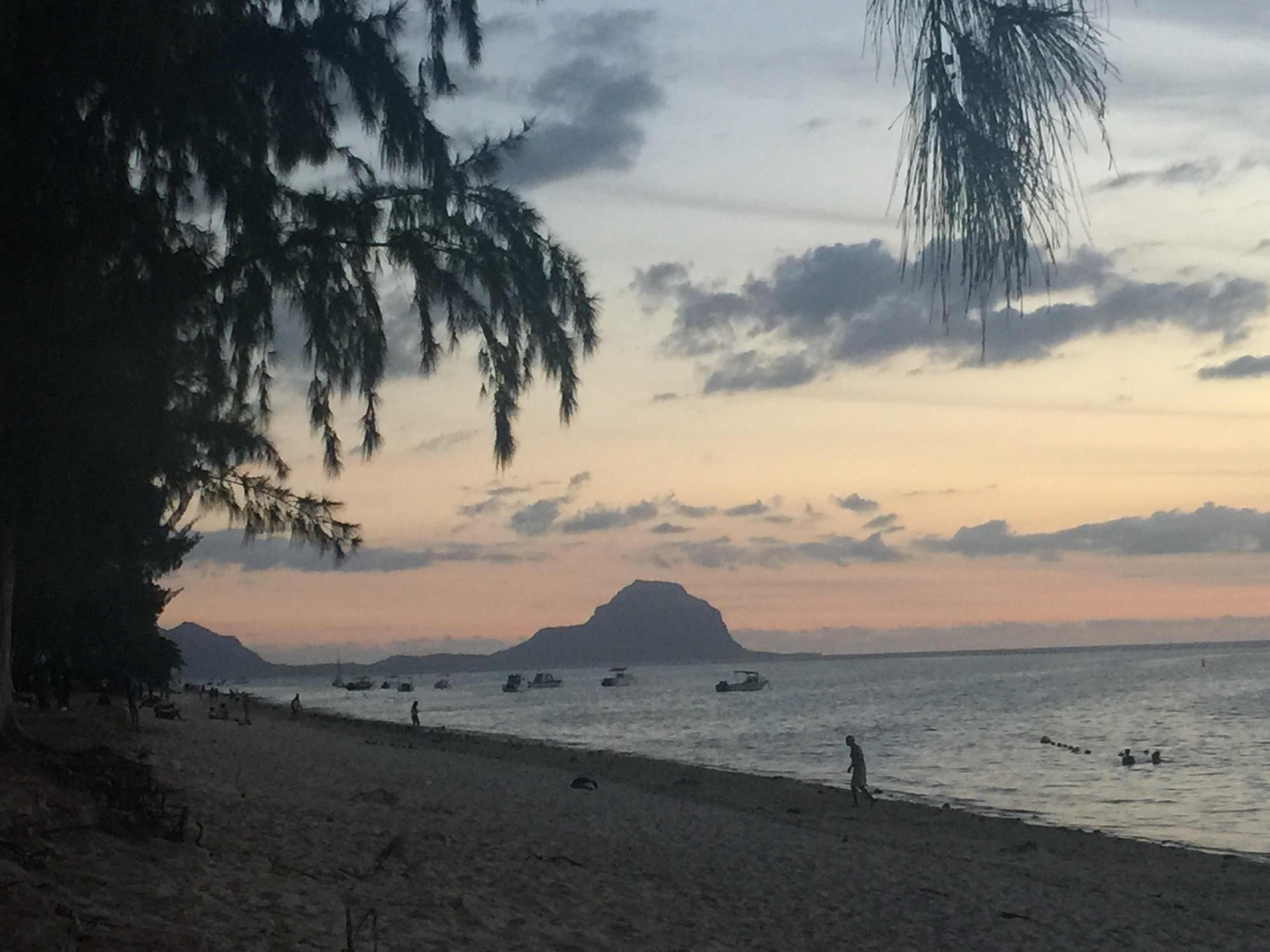 We watched the sunset but it was mostly covered by clouds and then we ate supper at a restaurant across from the beach. 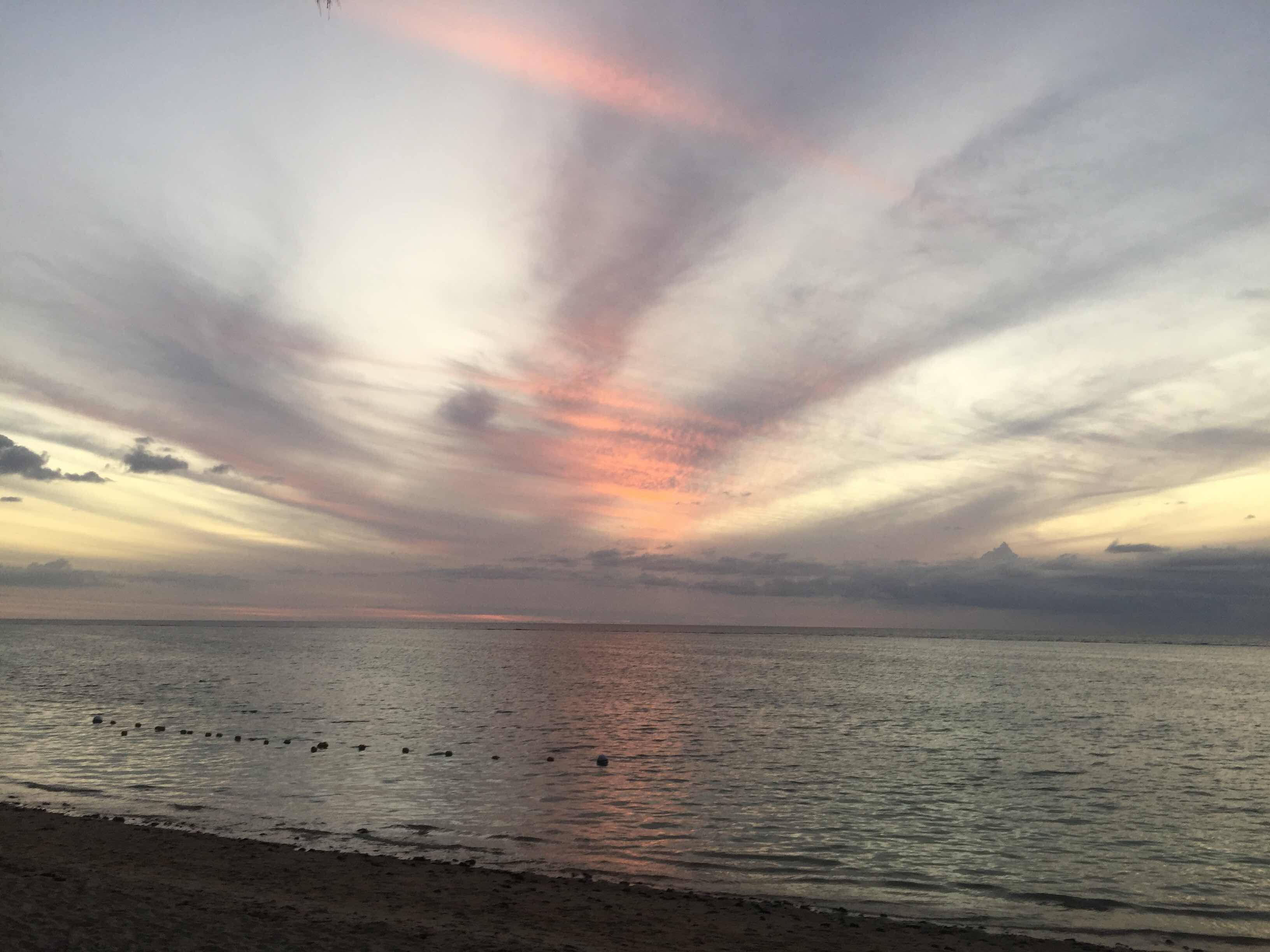