Grand Canyon and Goodbye to Vegas

After Starbucks, our first stop was The Hoover Dam. After the warmth of Las Vegas, the cold air was a shock. We walked out onto the bridge that looks down on the dam to get some photos. 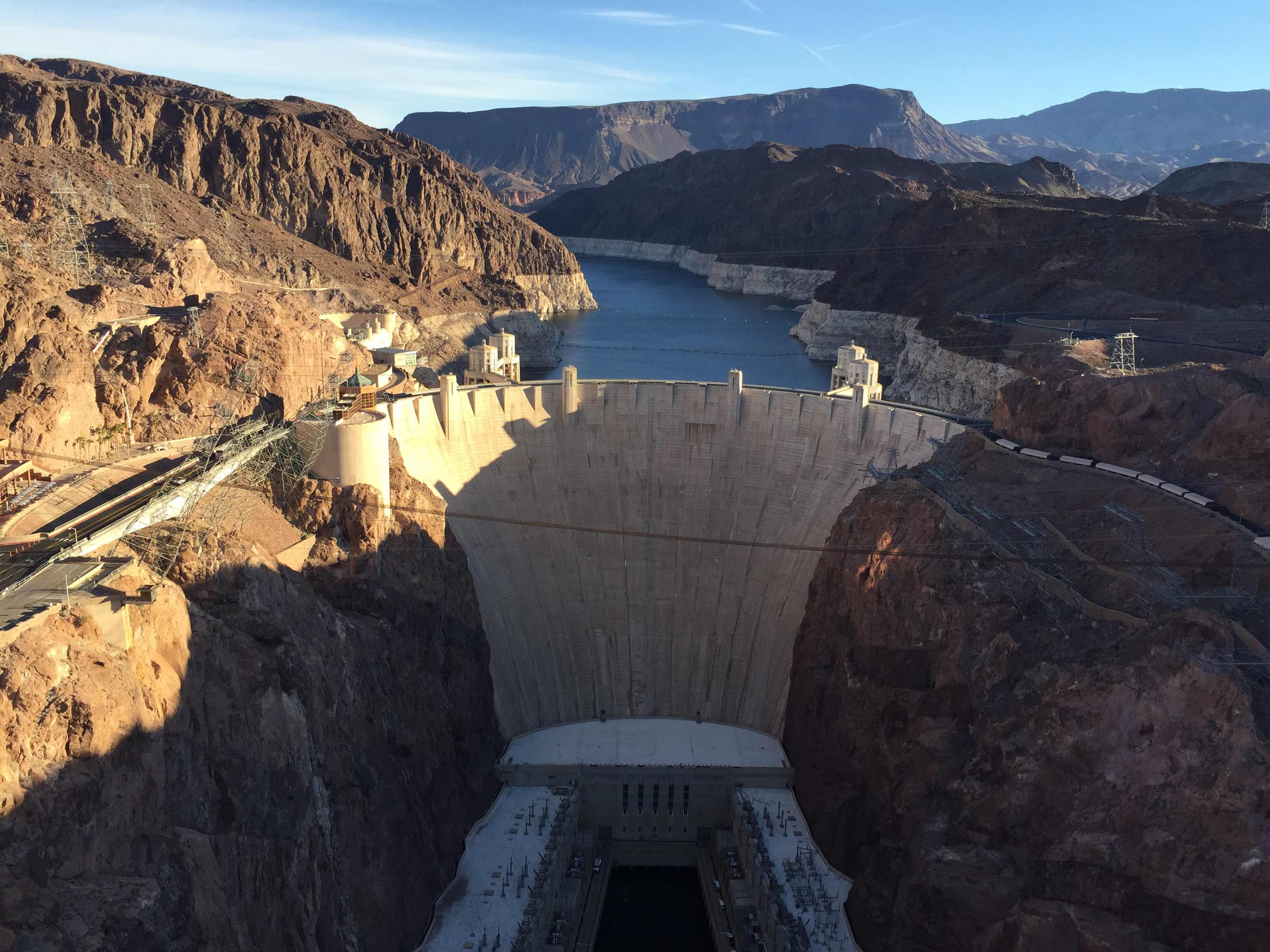 The clocks jumped forward by one hour when we crossed the border from Nevada into Arizona. 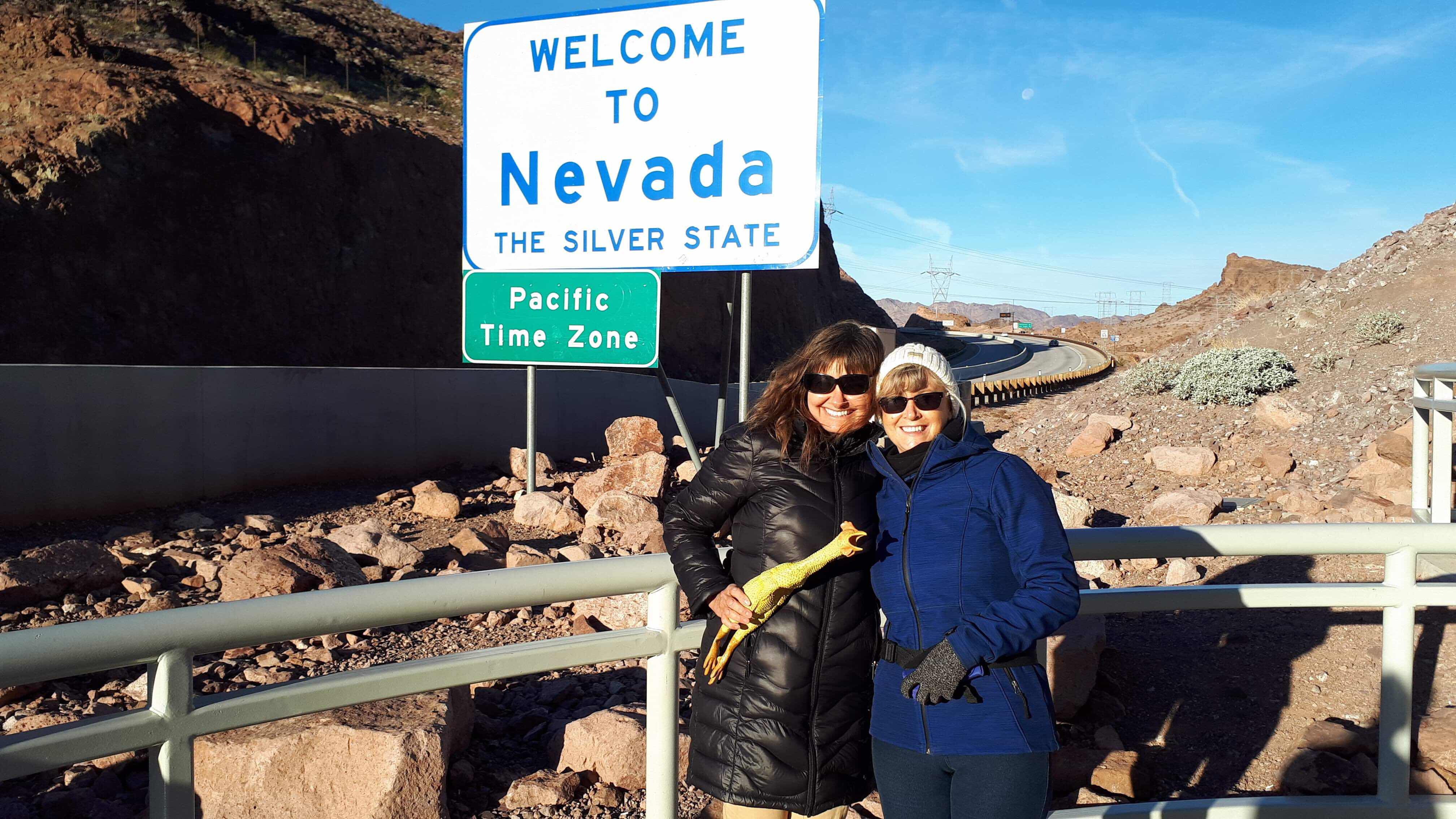 We arrived at the Grand Canyon by early afternoon after stops for gas and groceries. I didn’t realize that the canyon rim is at such a high elevation- 7,000 feet. John was feeling a little winded due to the elevation and it was much colder than in Las Vegas- close to freezing with the wind chill. I’m glad we had brought hats and gloves. We started out at the Visitor Centre and then walked the rim to the geology museum which has one of the best views of the canyon. It’s more than one mile deep and ten miles wide. Despite all the pictures I’ve seen of the canyon it’s still awe inspiring. We took in a park ranger lecture about the creation of the canyon which was very interesting and then had some hot chocolates while watching the sunset. Unfortunately the sun was obscured by clouds so the lighting effects on the canyon were not so good. I’m still glad we came despite the long drive - 4 1/2 hours with no stops. 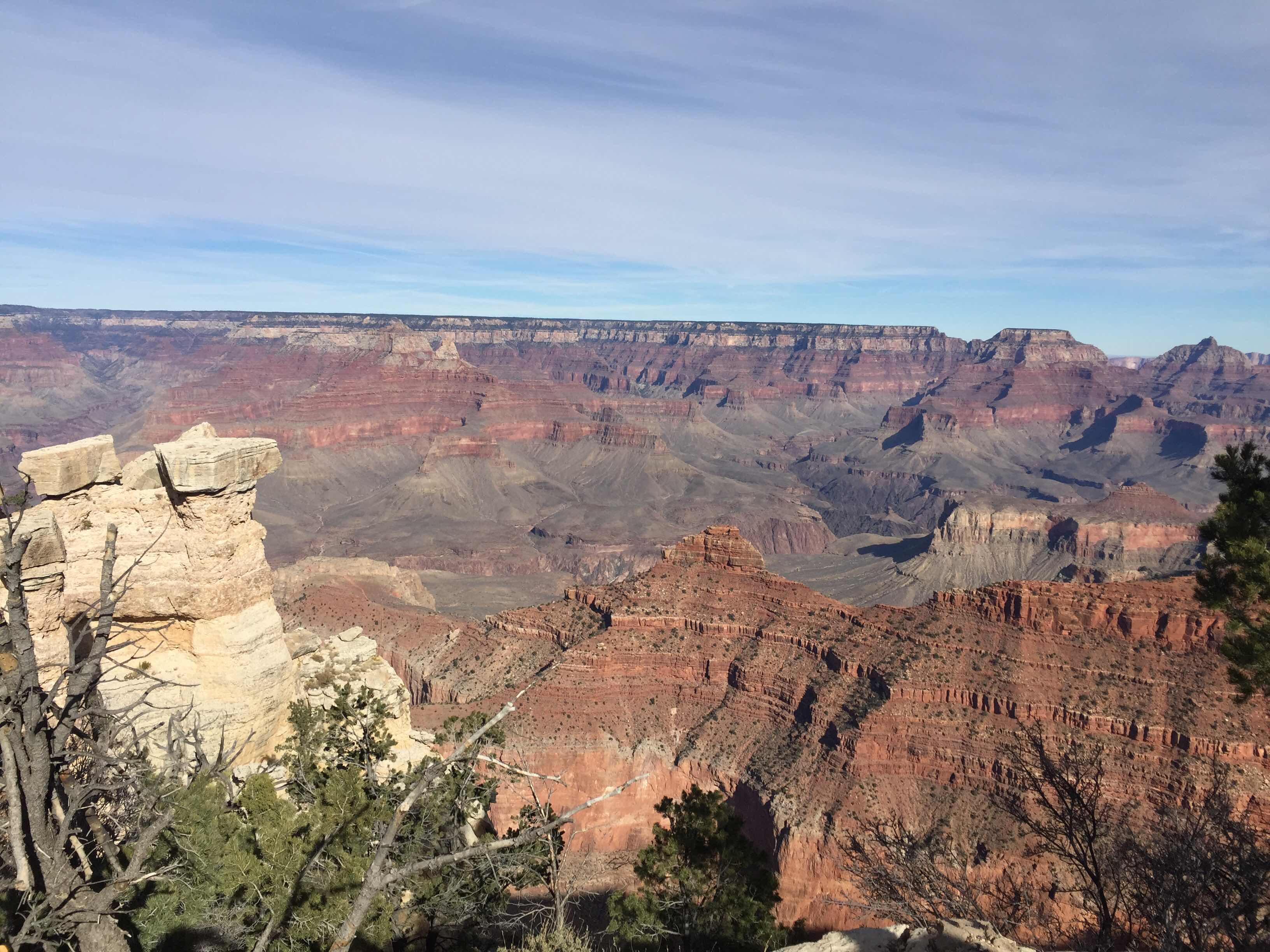 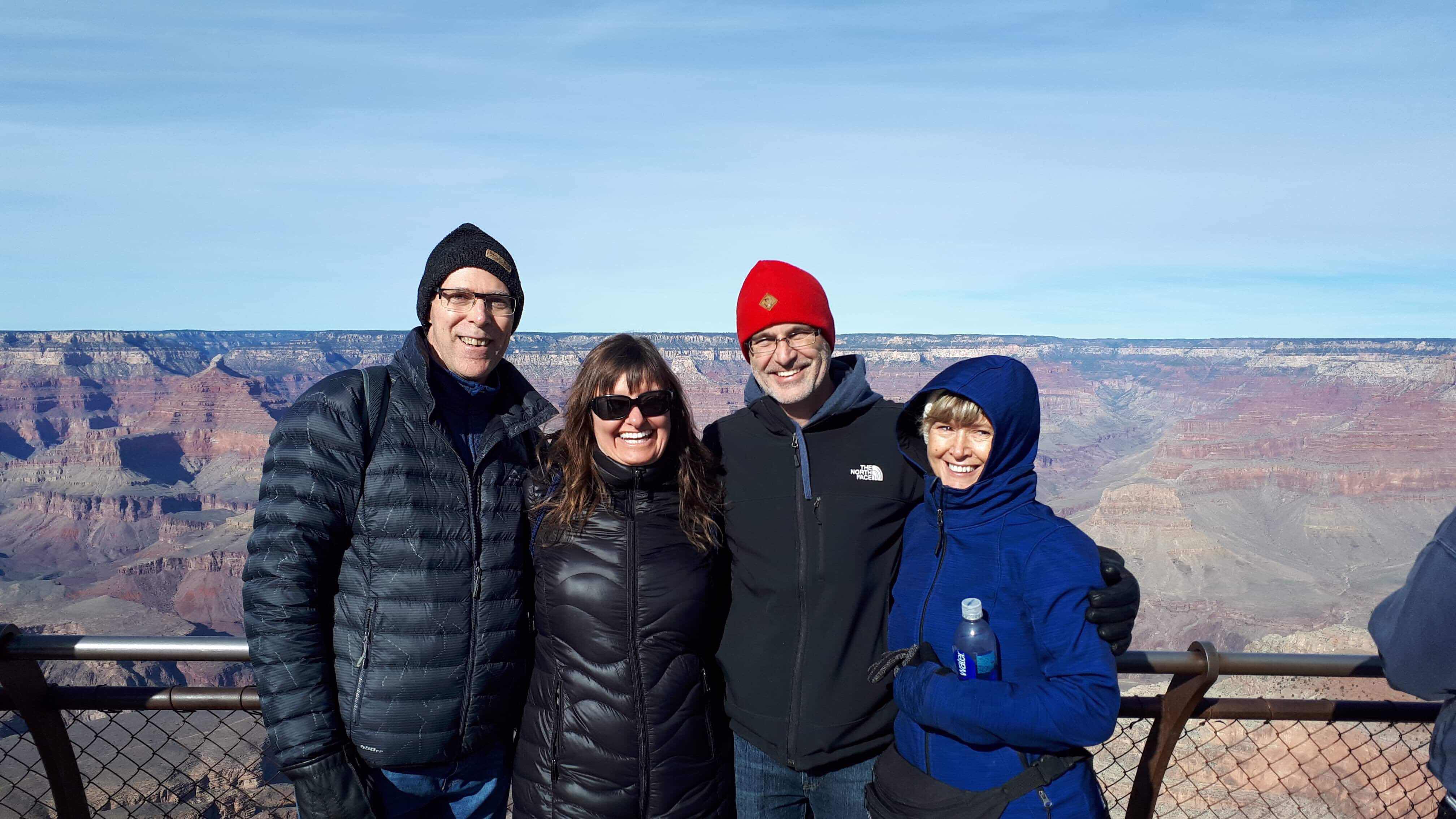 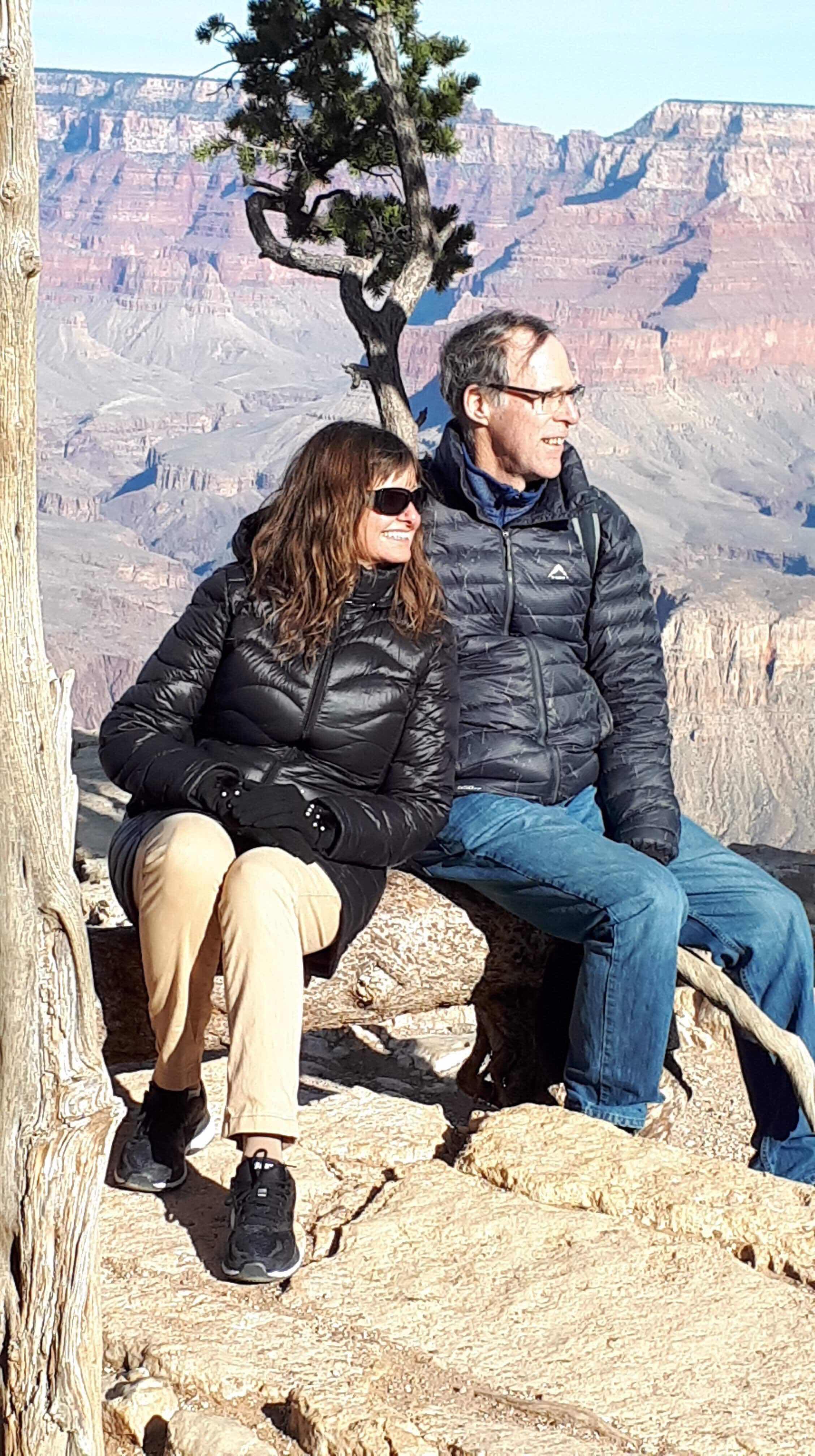 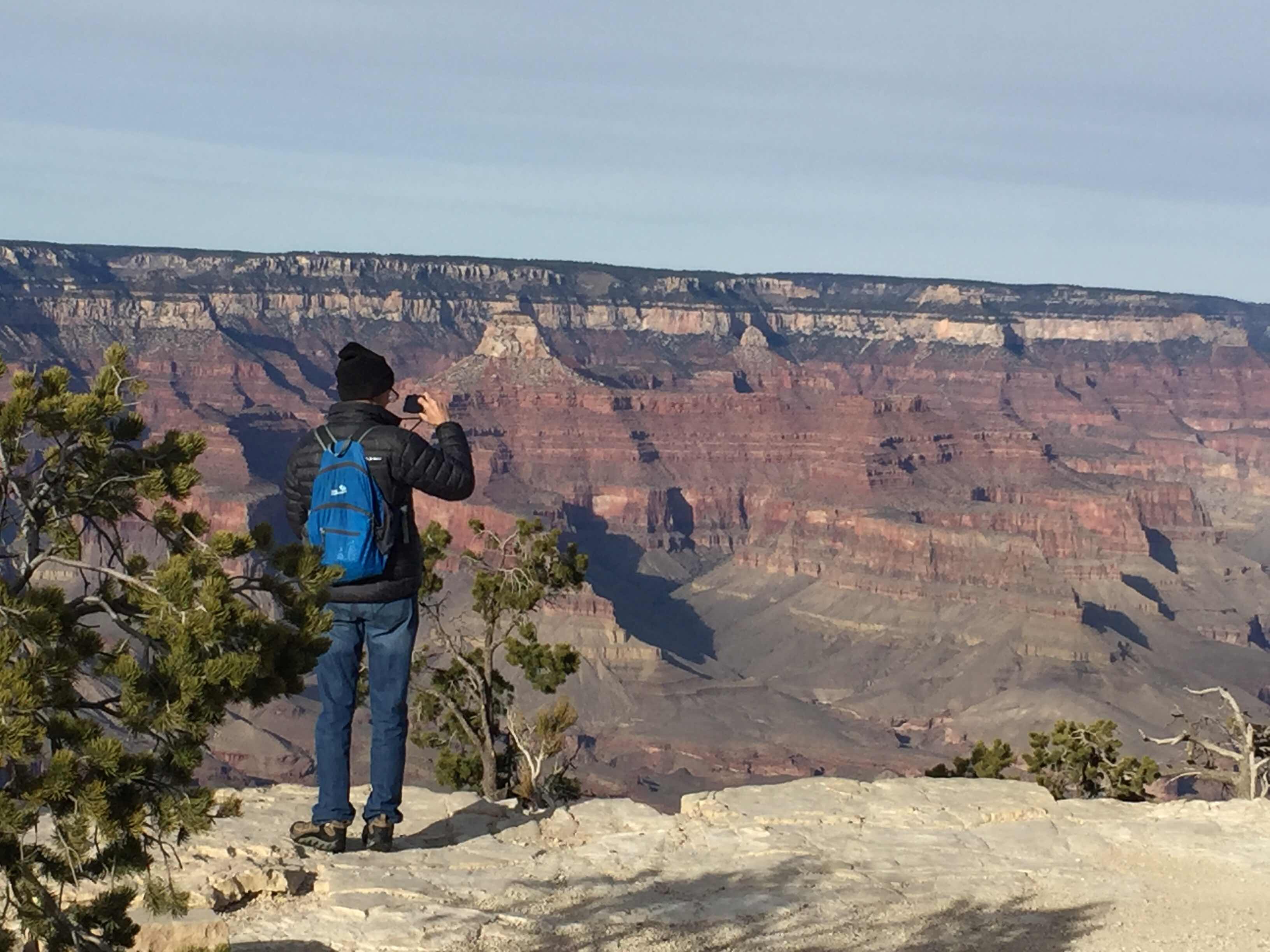 We were back in our apartment  in Las Vegas by 9pm and finished our last bottle of Perseco while watching the Christmas movie Love Actually on TV. 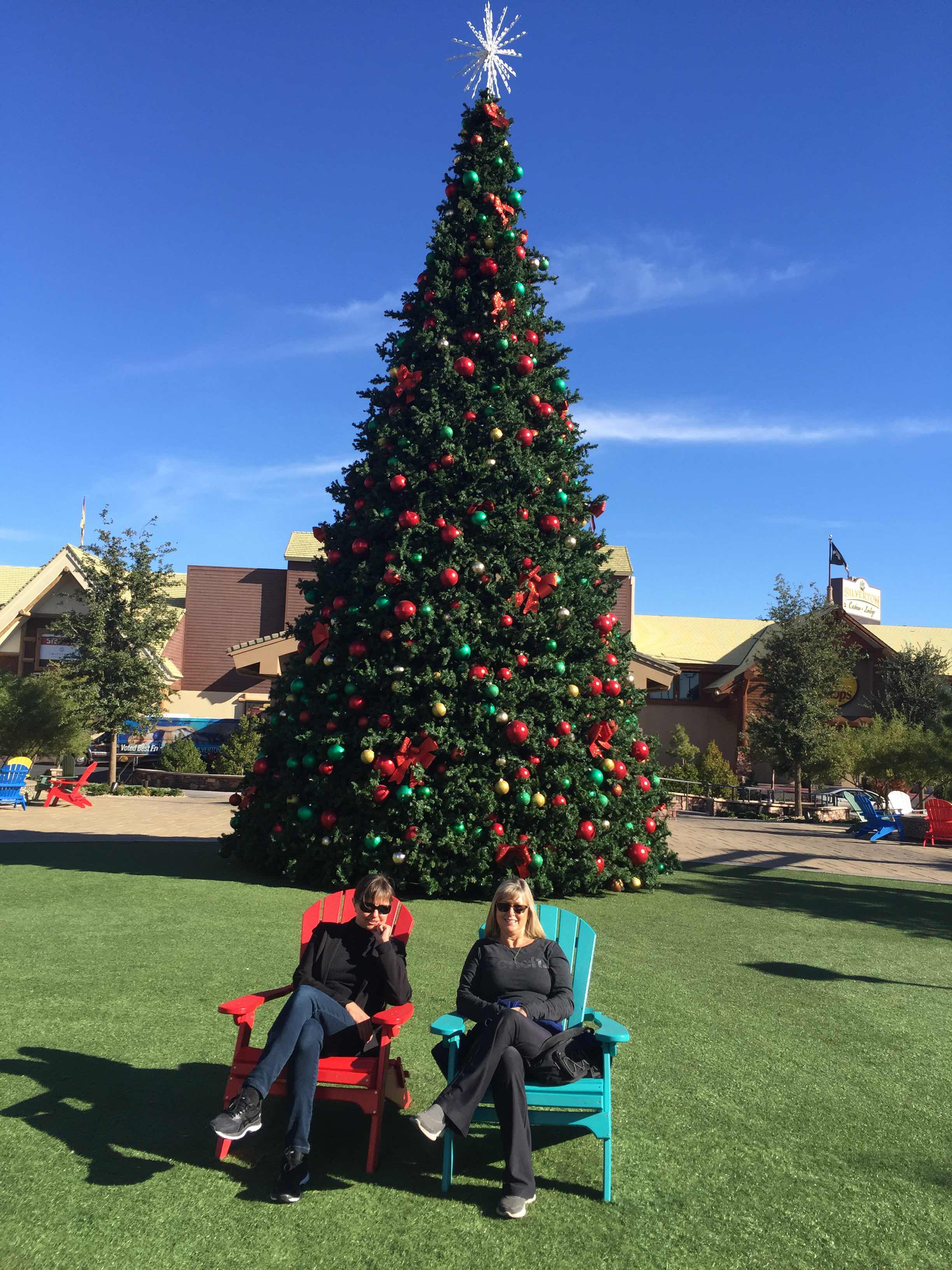 Next morning it was departure day. We had a late breakfast, packed up and then drove to the Silverton Hotel and Casino near the airport as I wanted to see the large aquarium at the casino. The hotel also has a mermaid show later in the day but all we got to see were the fish. Louise found some Muskoka chairs outside on the hotel grounds where we had coffees and soaked up the warmth of the sun for an hour before returning the rental car and heading to the airport and home.