Grittier Side of Las Vegas

John and I had trouble sleeping last night. Probably due to all the time changes. Henceforth, I was not in the best of form for touring.

We were dropped off by cab at the Bellagio again where we started working our way down the south end of the Strip. 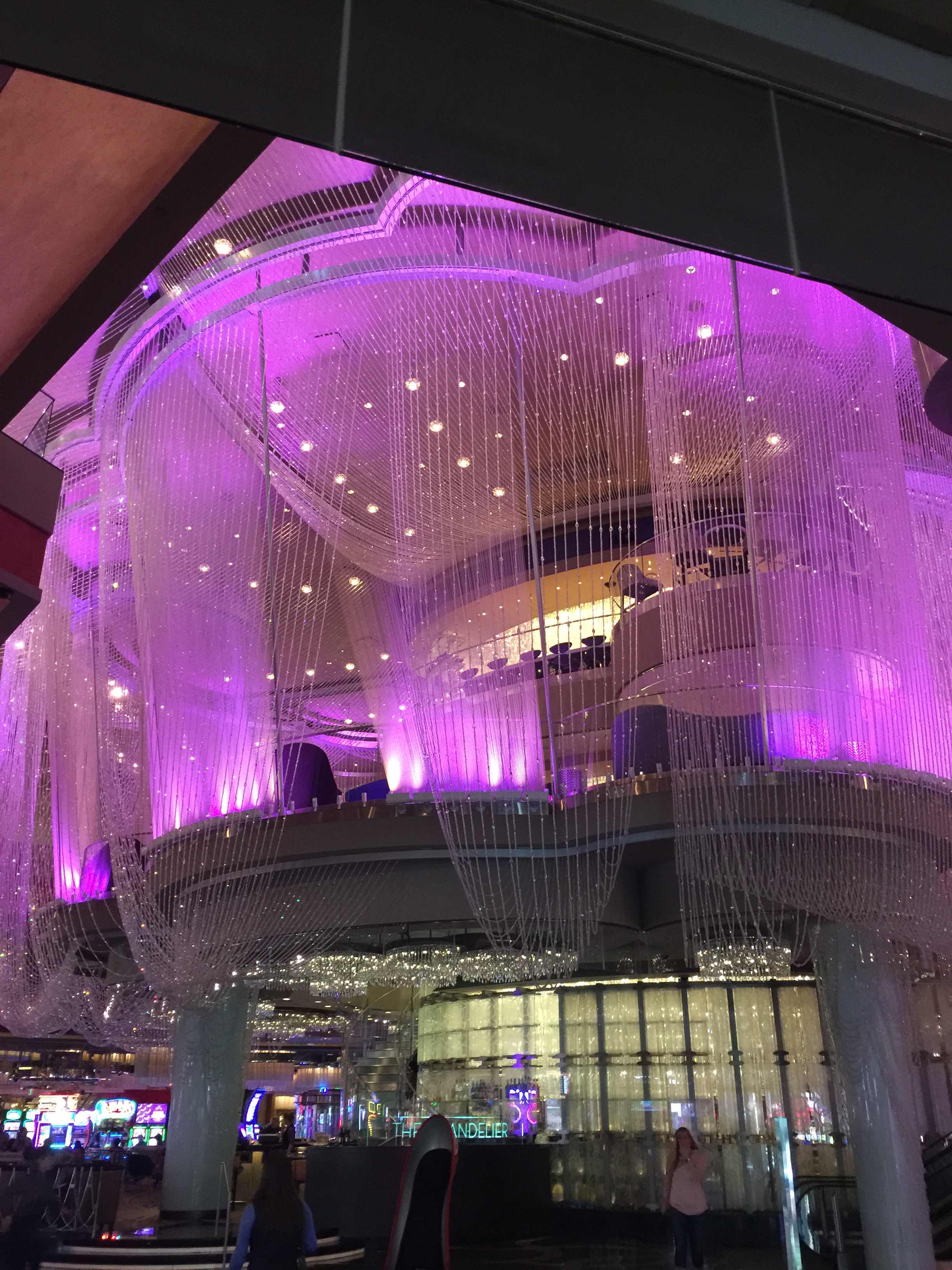 We began by checking out the Cosmopolitan Resort and Casino and Shops. This resort didn’t have any shows but the architecture was interesting and the casino was more subtle and intimate. 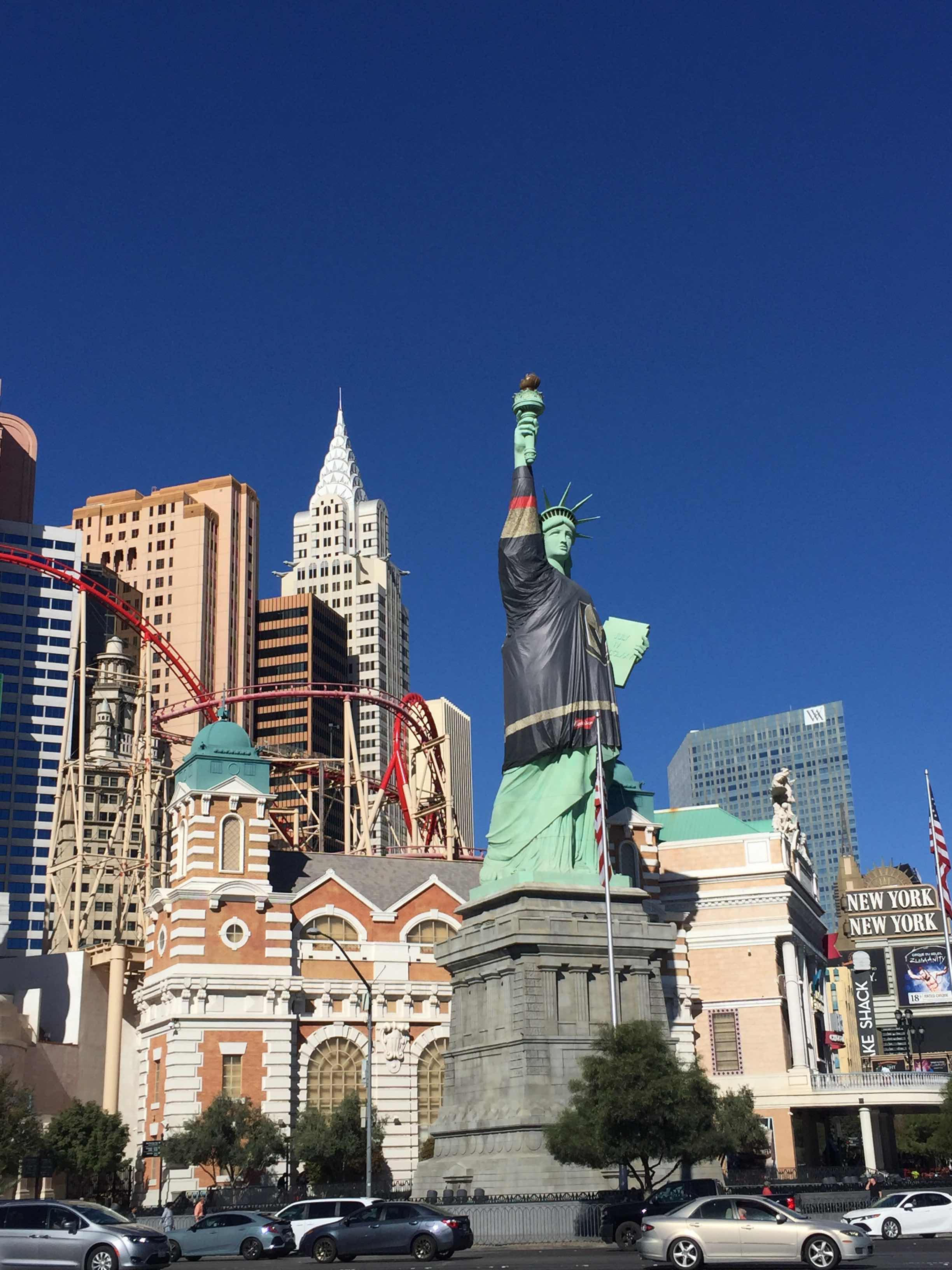 The next resort was New York New York. This place has a large roller coaster the runs both in and outside the building. 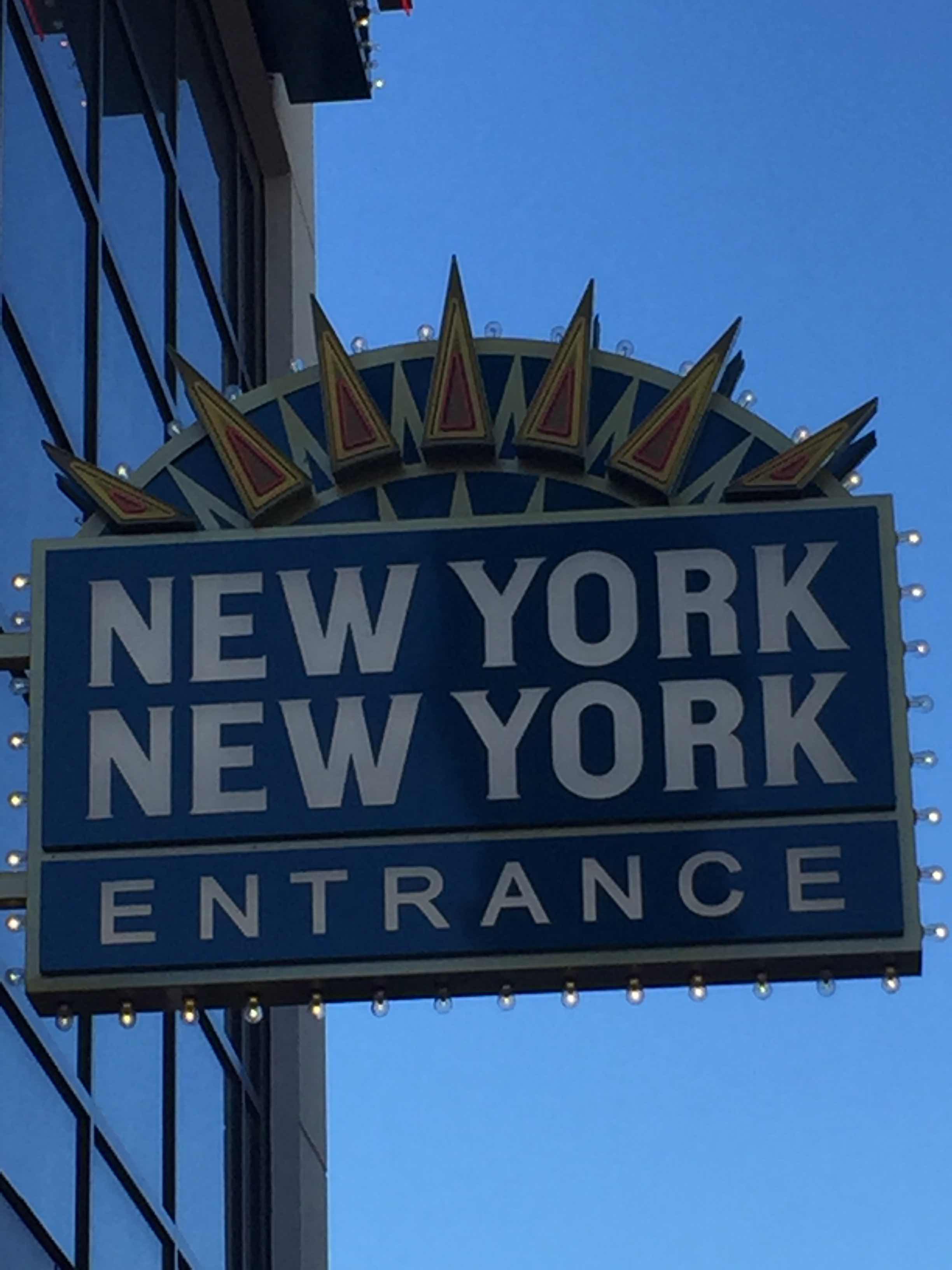 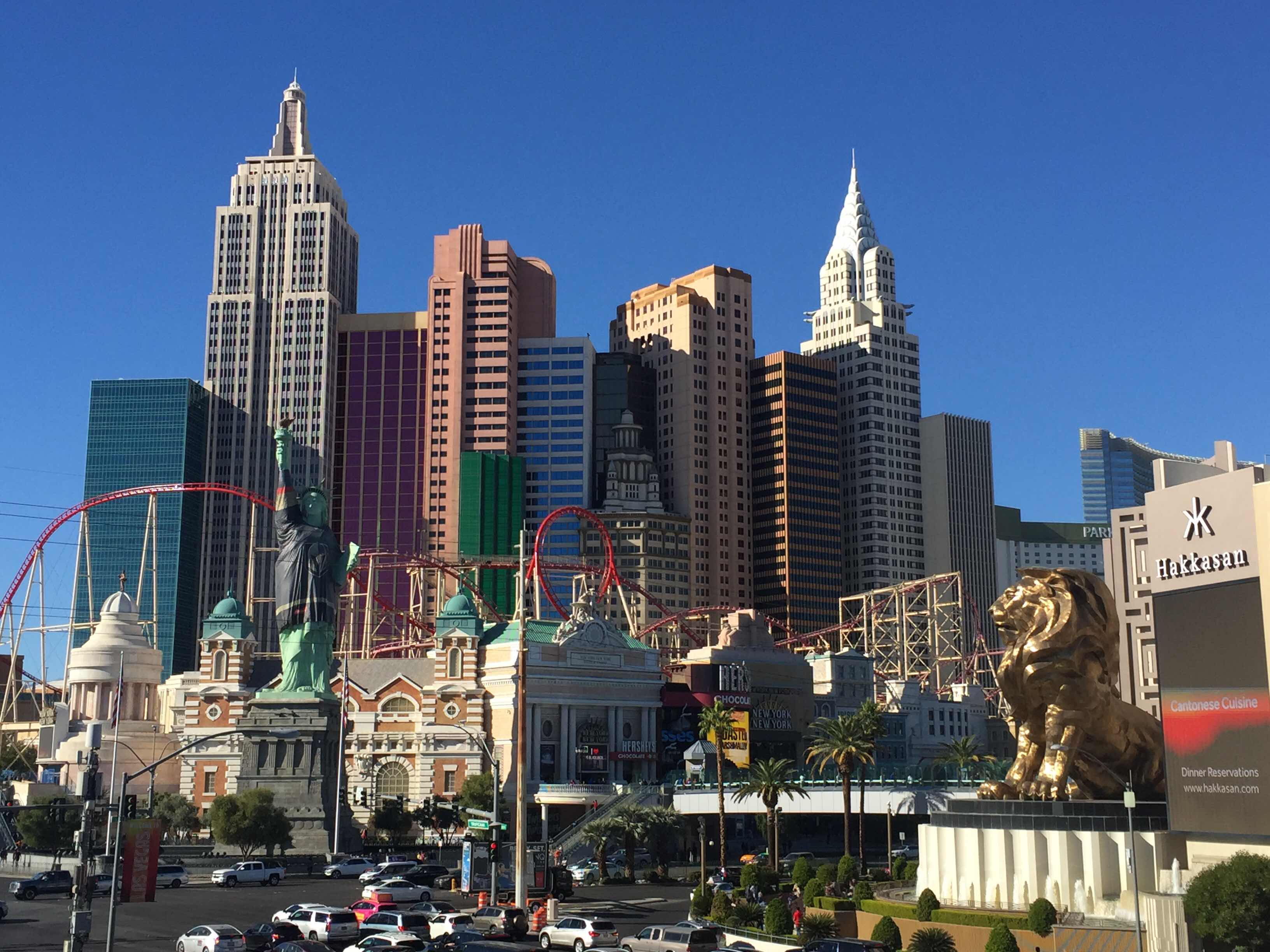 Years ago we had some friends that had been eating in the food area of New York New York when a blob of vomit fell down from the roller coaster above onto their food. We checked out the area of that incident. 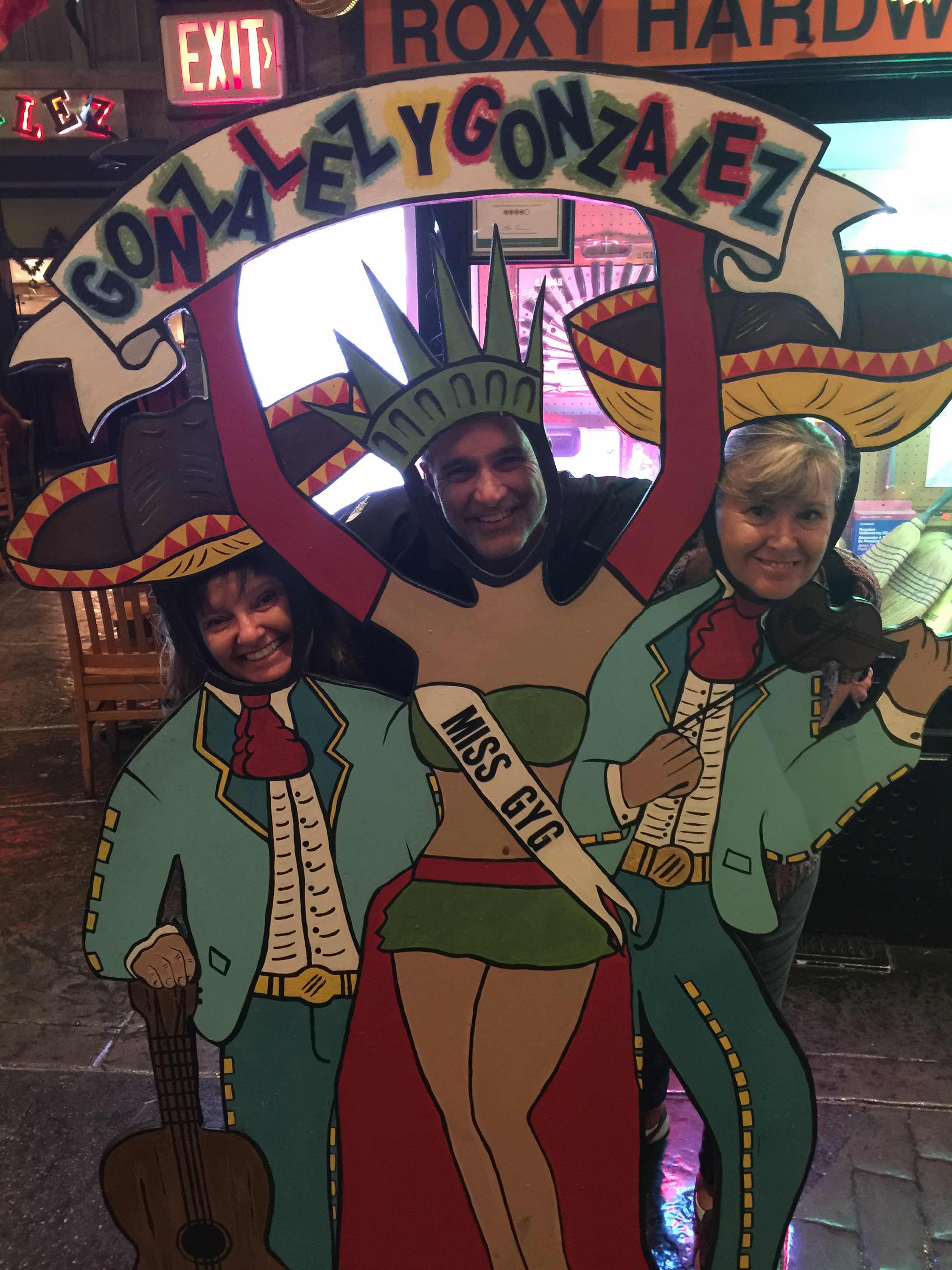 New York New York has both a lovely area inside and out. 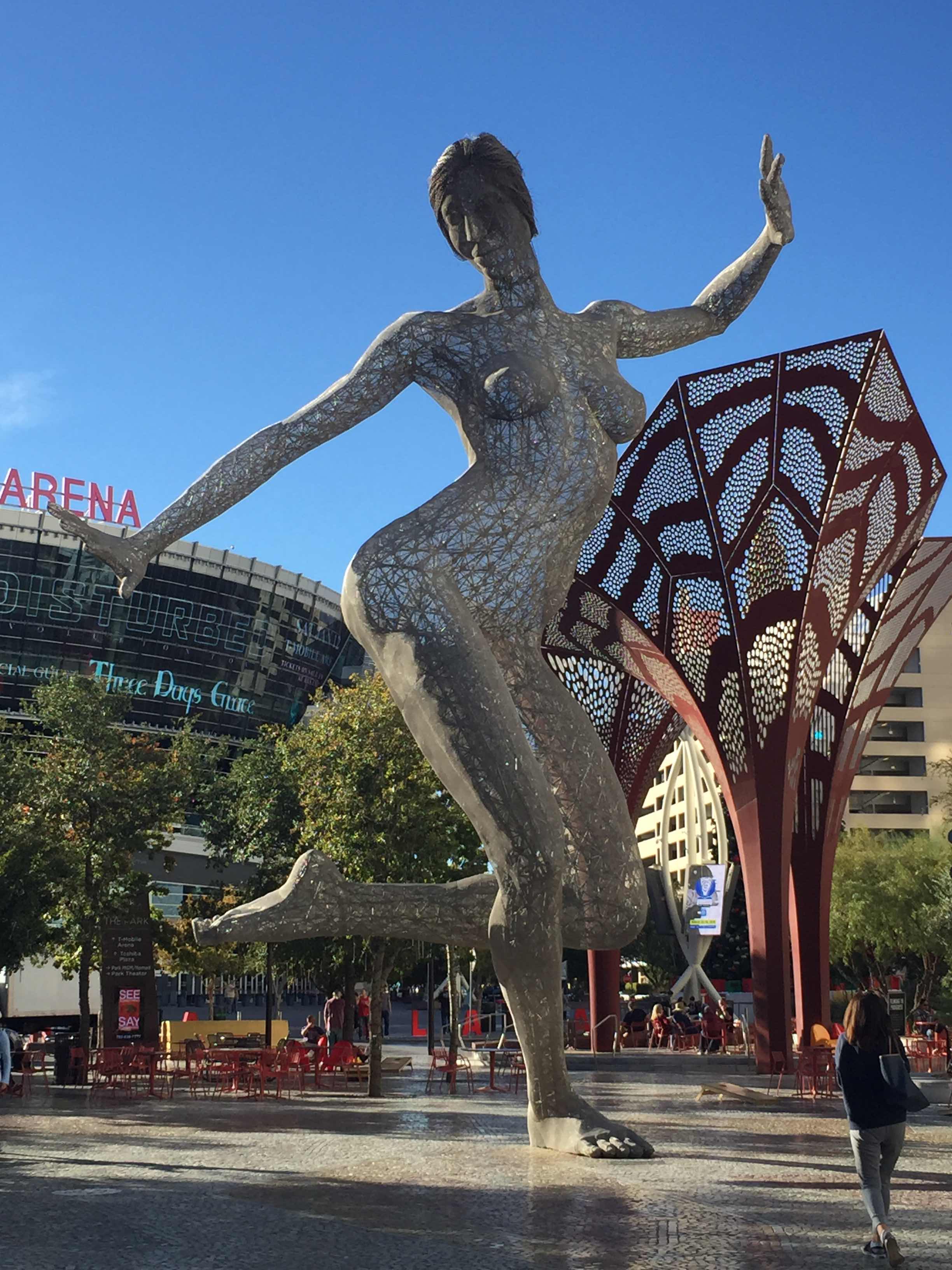 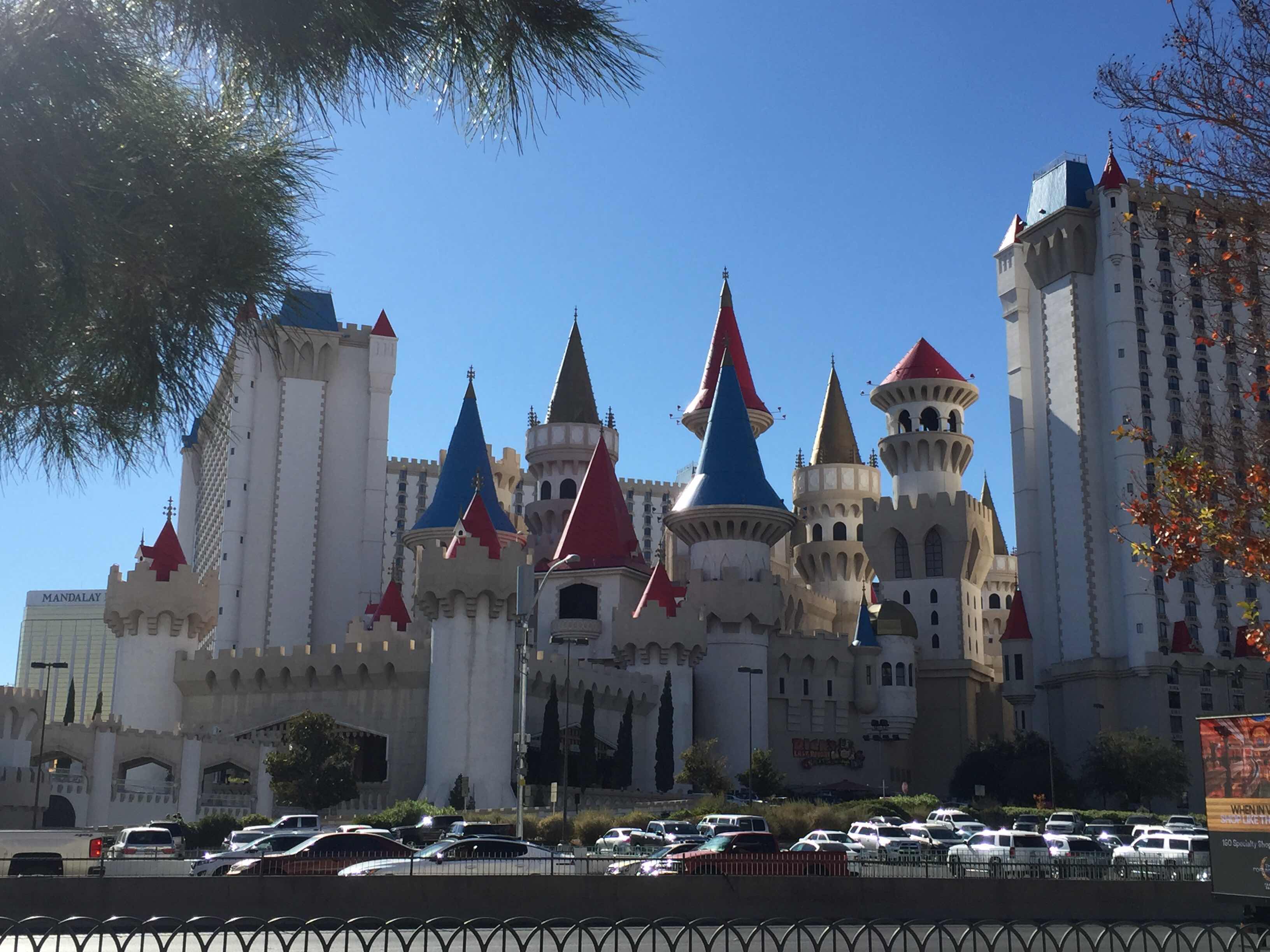 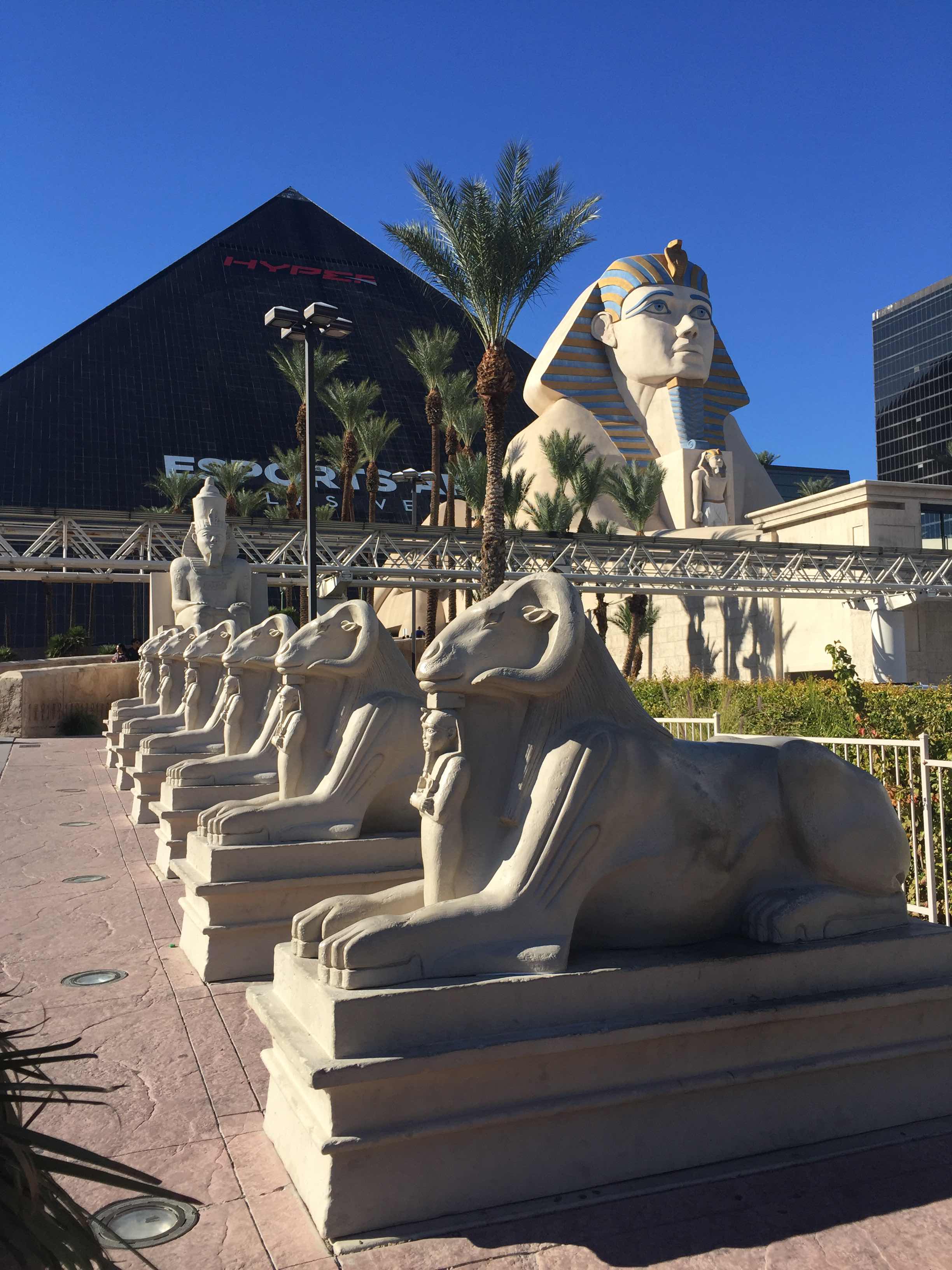 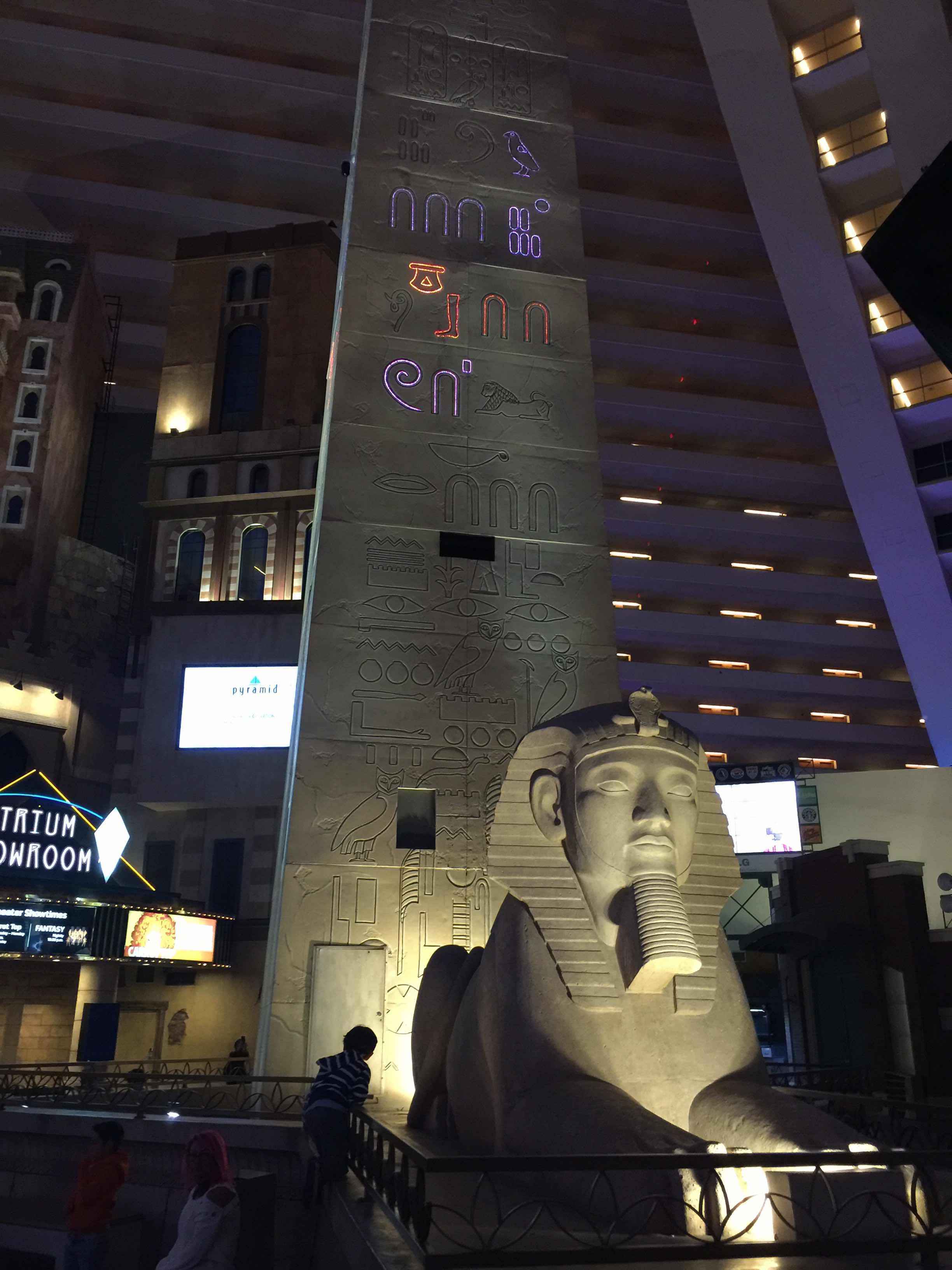 The castle like Excalibur was the next resort we checked out followed by Luxor. Mandalay Bay was the last resort on the strip. This one had a beautiful garden at the entrance with a gorgeous elephant sculpture. This was one of the quietest, relaxing resorts on the trip. It had a beach vibe. 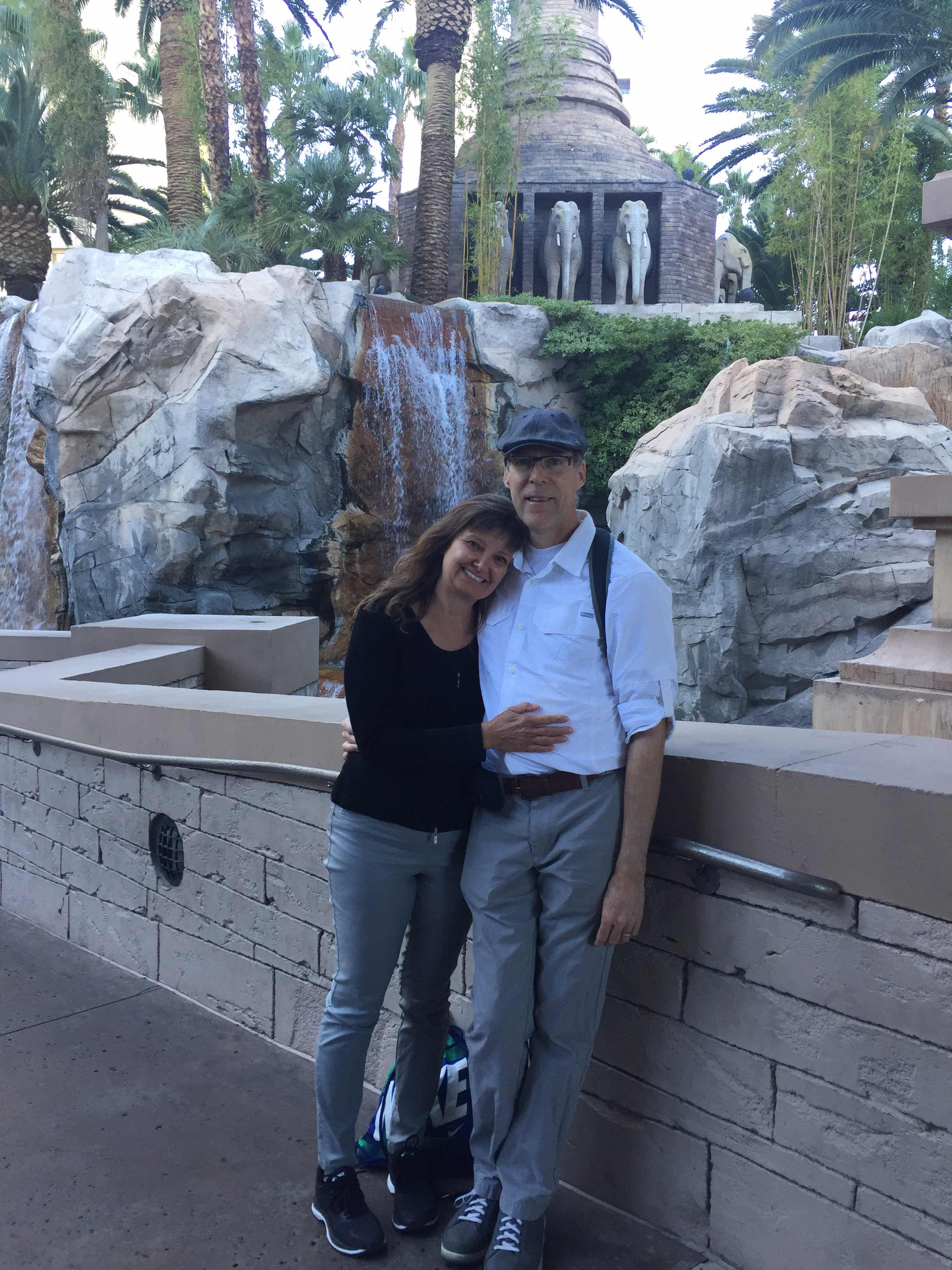 We also stopped into MGM Grand resort which left me unimpressed.

We lunched back at a fish and chip place in New York New York. John and I ordered way too much which sat heavily in my stomach. We then caught a cab to the airport where we picked up our rental car.

Exhausted, we all had a rest at our condo before heading to the old downtown of Las Vegas  centred on Freemont Street. 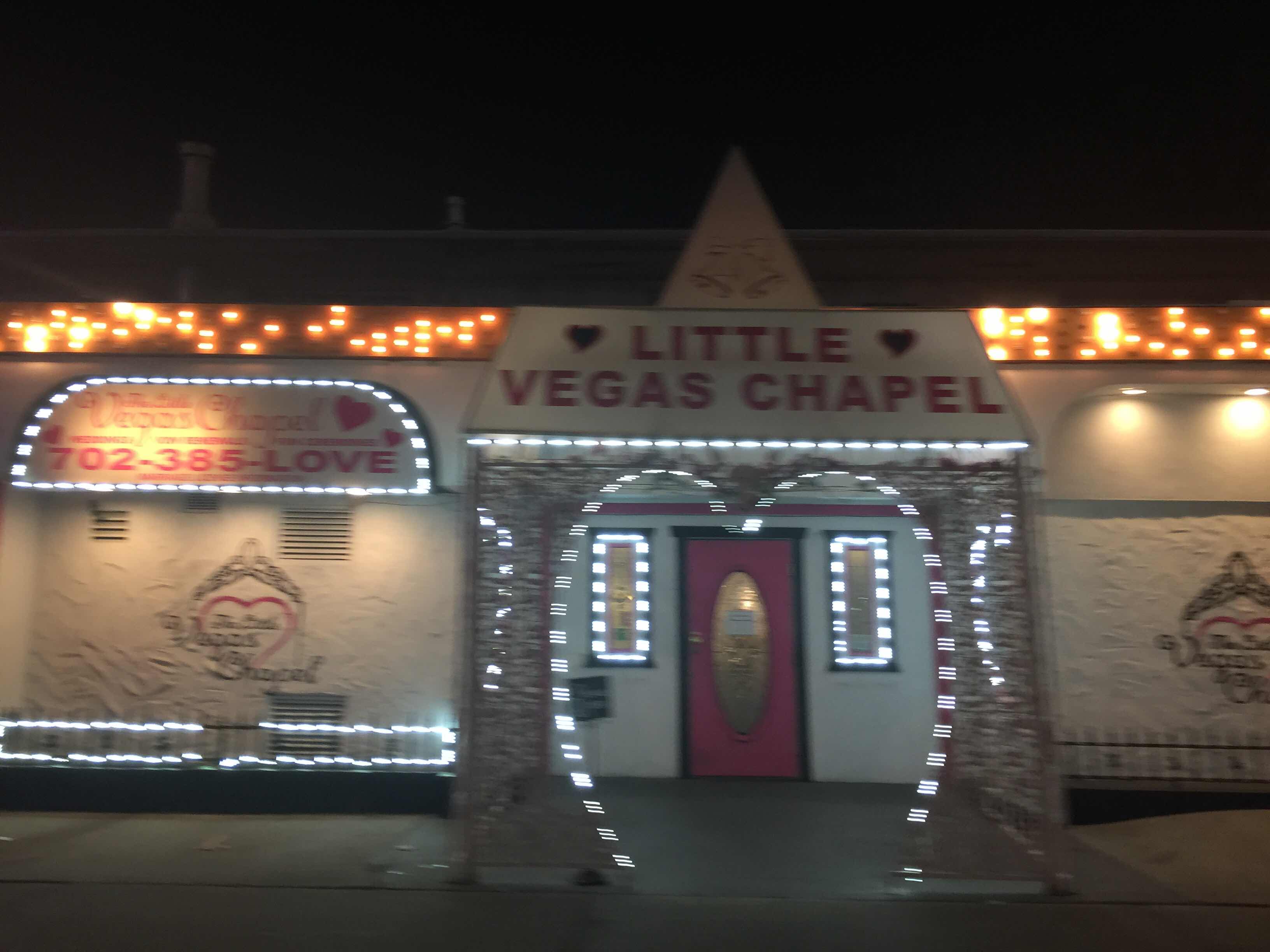 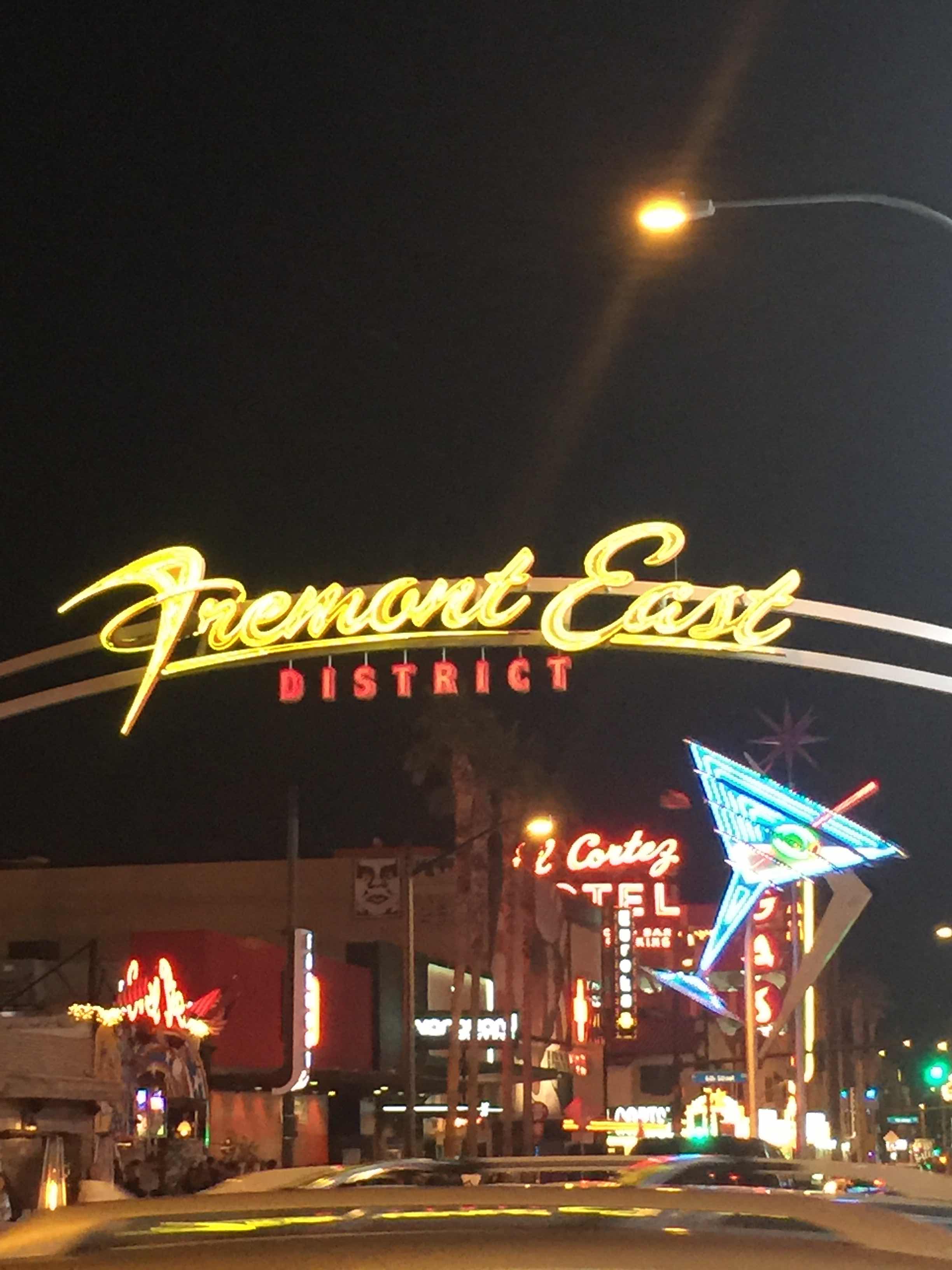 Old Las Vegas is a lot grittier (and tackier) then the main strip. There is an area with a long roofed archway completely covered with LED lights that puts on an amazing light show with different themes and patterns. People were ziplining just below this ceiling above the crowds. Live bands played in different areas. Cheap souvenir shops, restaurants and lots of casinos  including the Golden Nugget lined the street. 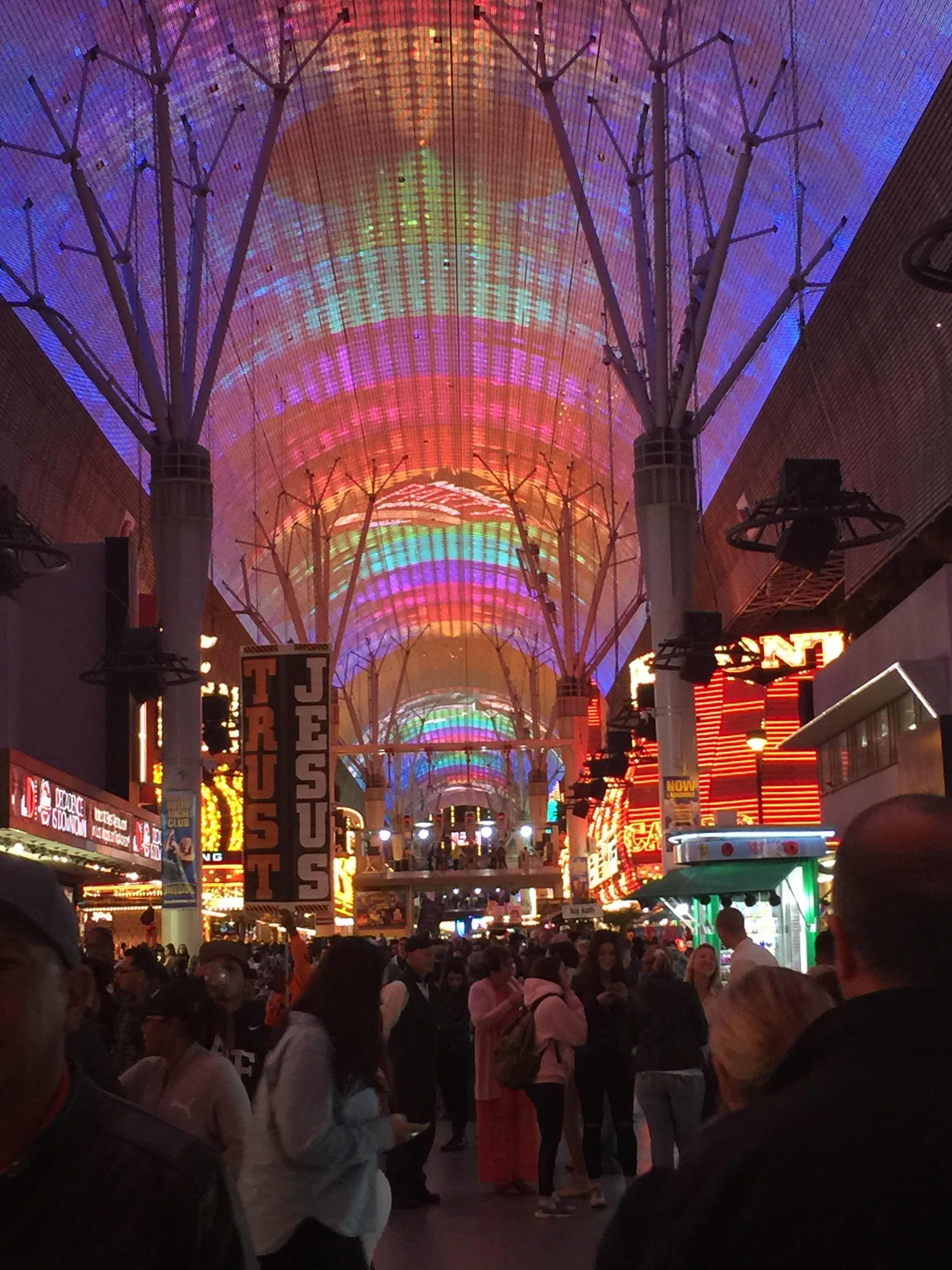 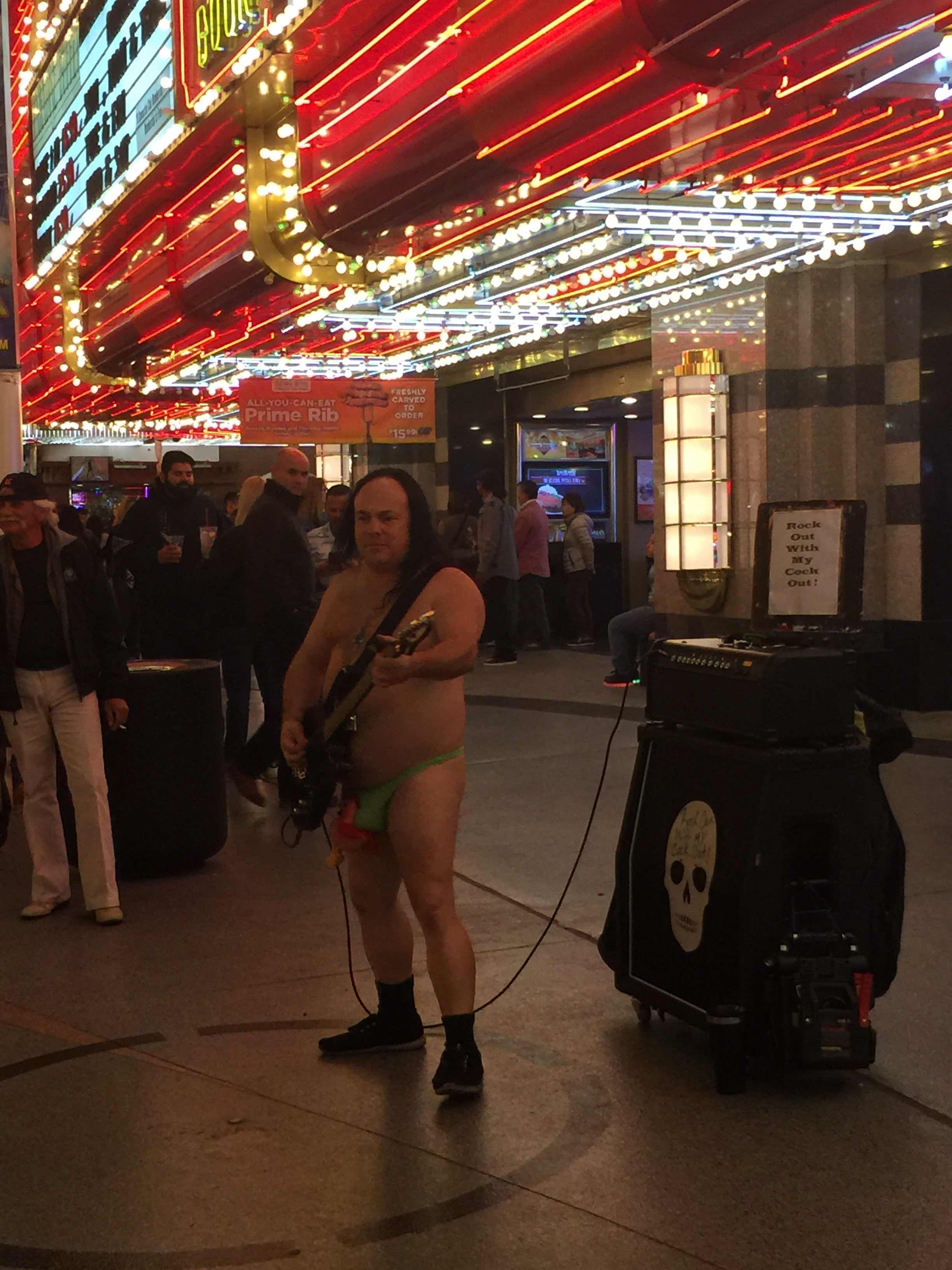 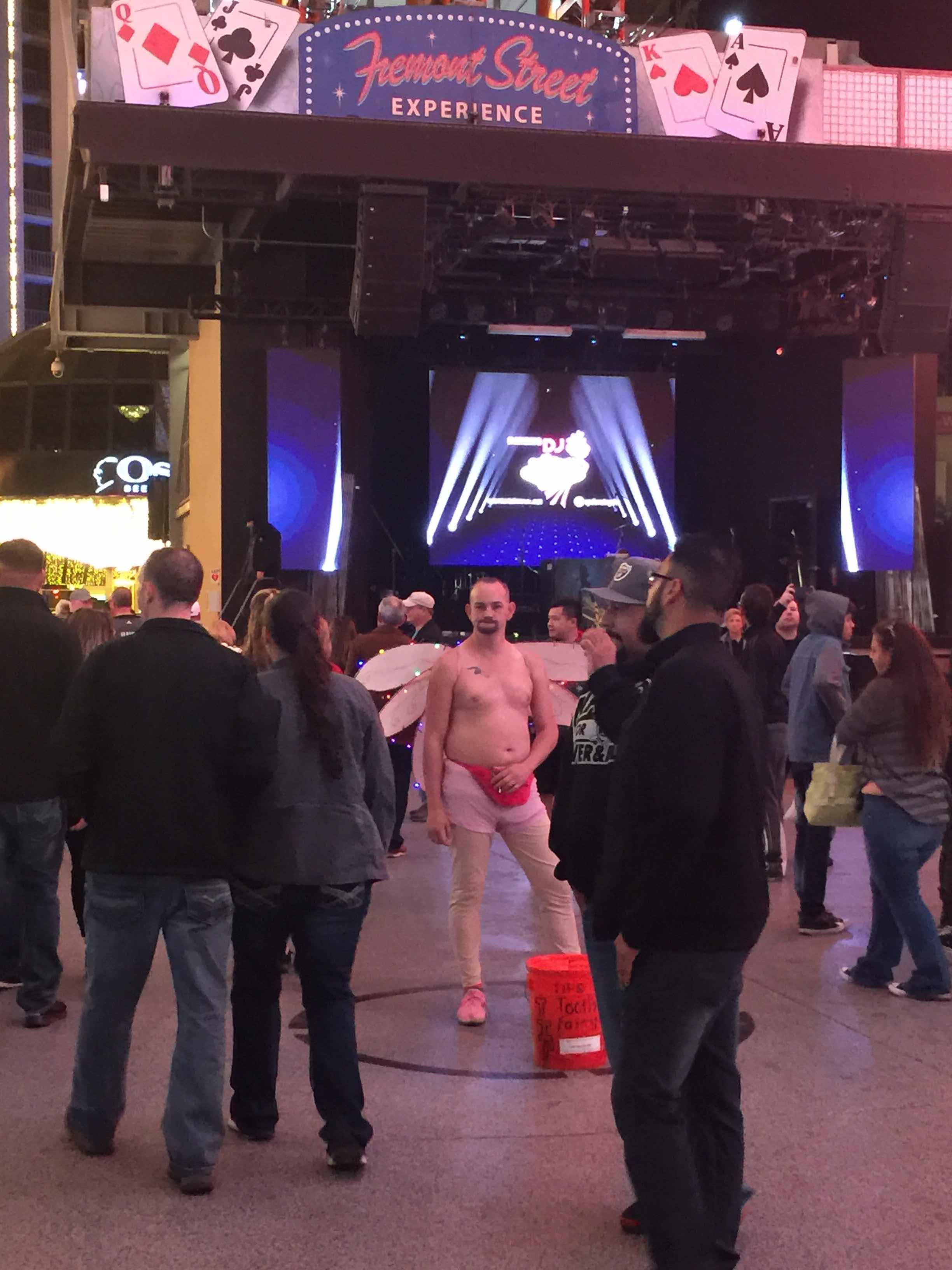 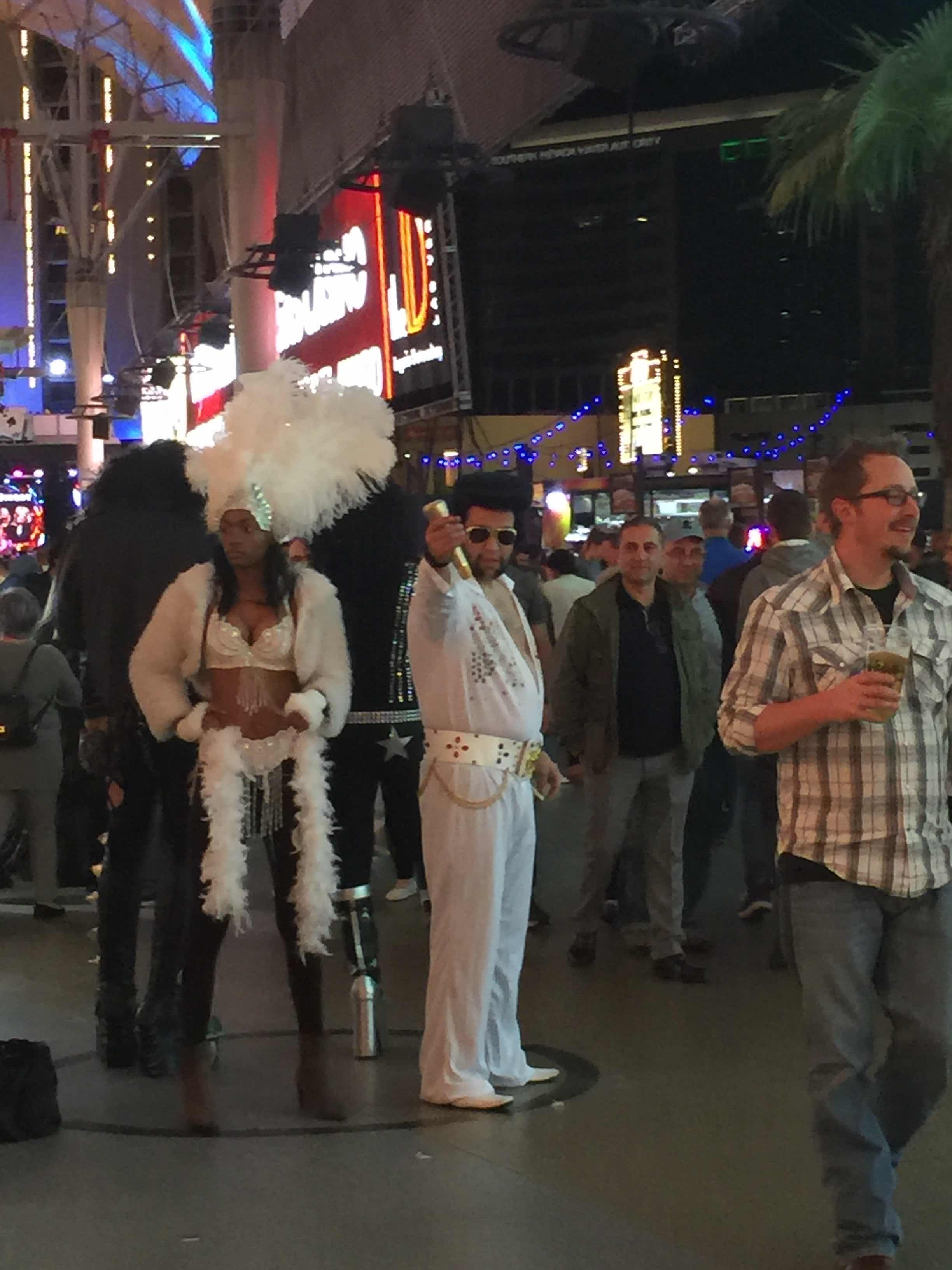 Many street entertainers were in the area, some with talent and others were just odd. There were some young ladies dressed in S&M type gear who had riding crops. Guys would pay money to have the girls sit on them and whip them with their crop. Another overweight guy wore a Bruno type bathing suit with a rubber chicken over his privates and played rock music with his electric guitar. Yep, as I said, very odd and that was the tip of the iceberg. 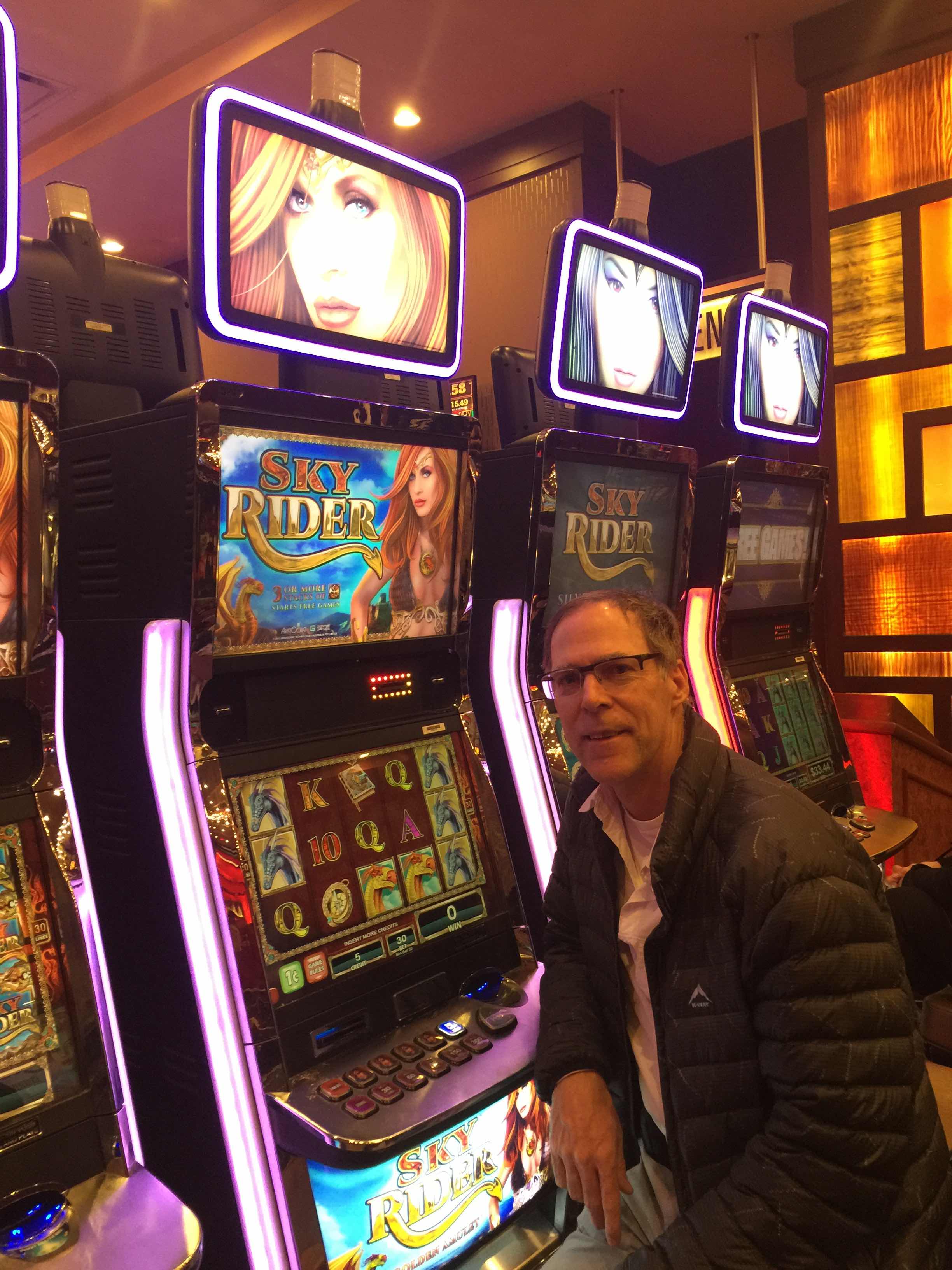 We went into the Golden Nugget to finally do some actual gambling. Louise spent  a whole dollar on a slot machine while John went crazy spending and quickly losing $10 on the slots. So we are leaving Vegas $11 poorer ($15 in Canadian!) 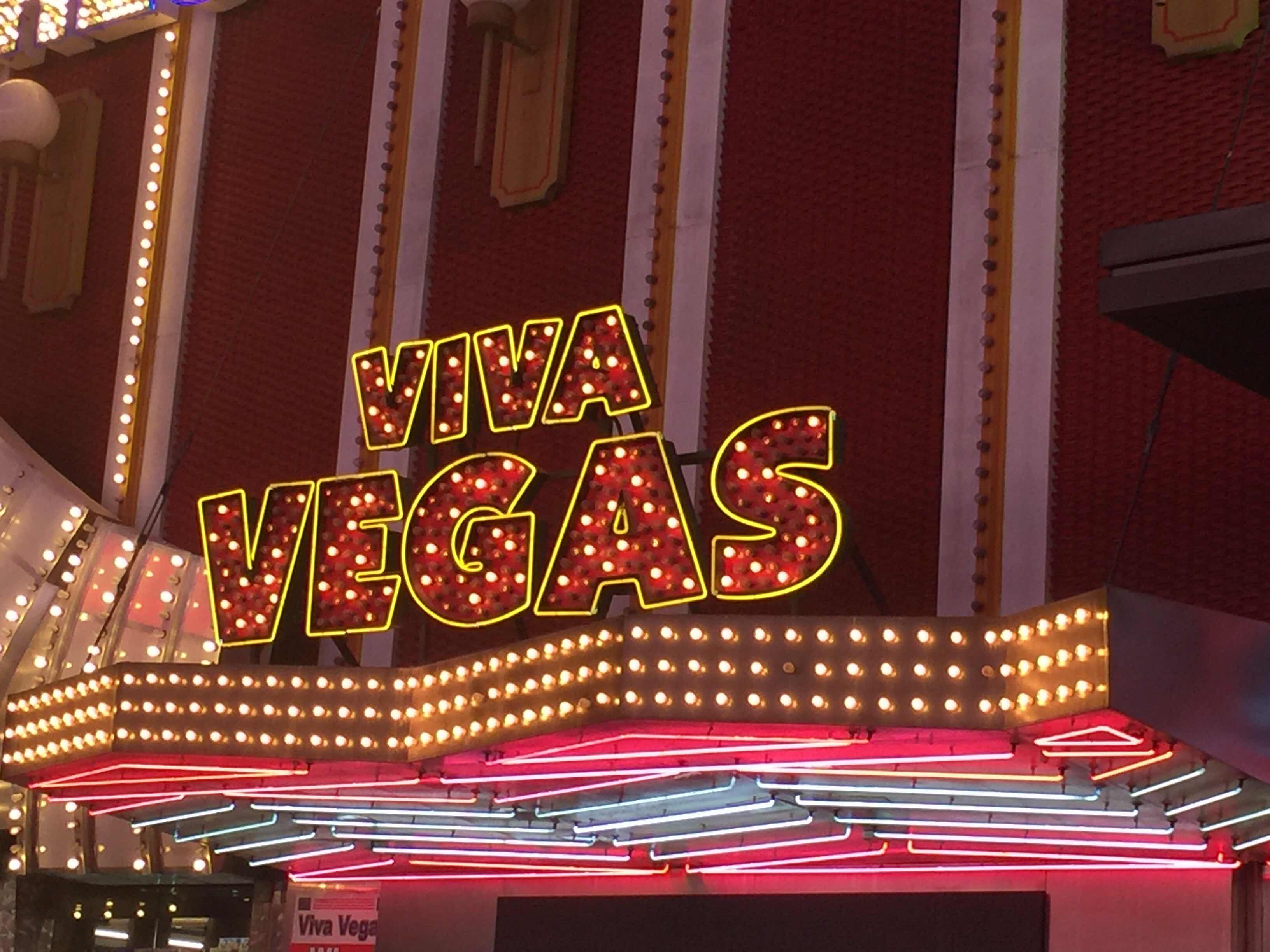 We went to a fabulous restaurant called Eureka on a quieter part of Freemont Street. The restaurant was nice, not out of the ordinary but the food was delicious. After a heavy lunch we wanted something light. We had amazing black fish tacos and some fabulous broccoli sautéed in parmesan and chilies.