The day was dull and rainy. After saying goodbye to Anita, Johan dropped us off at the train station. 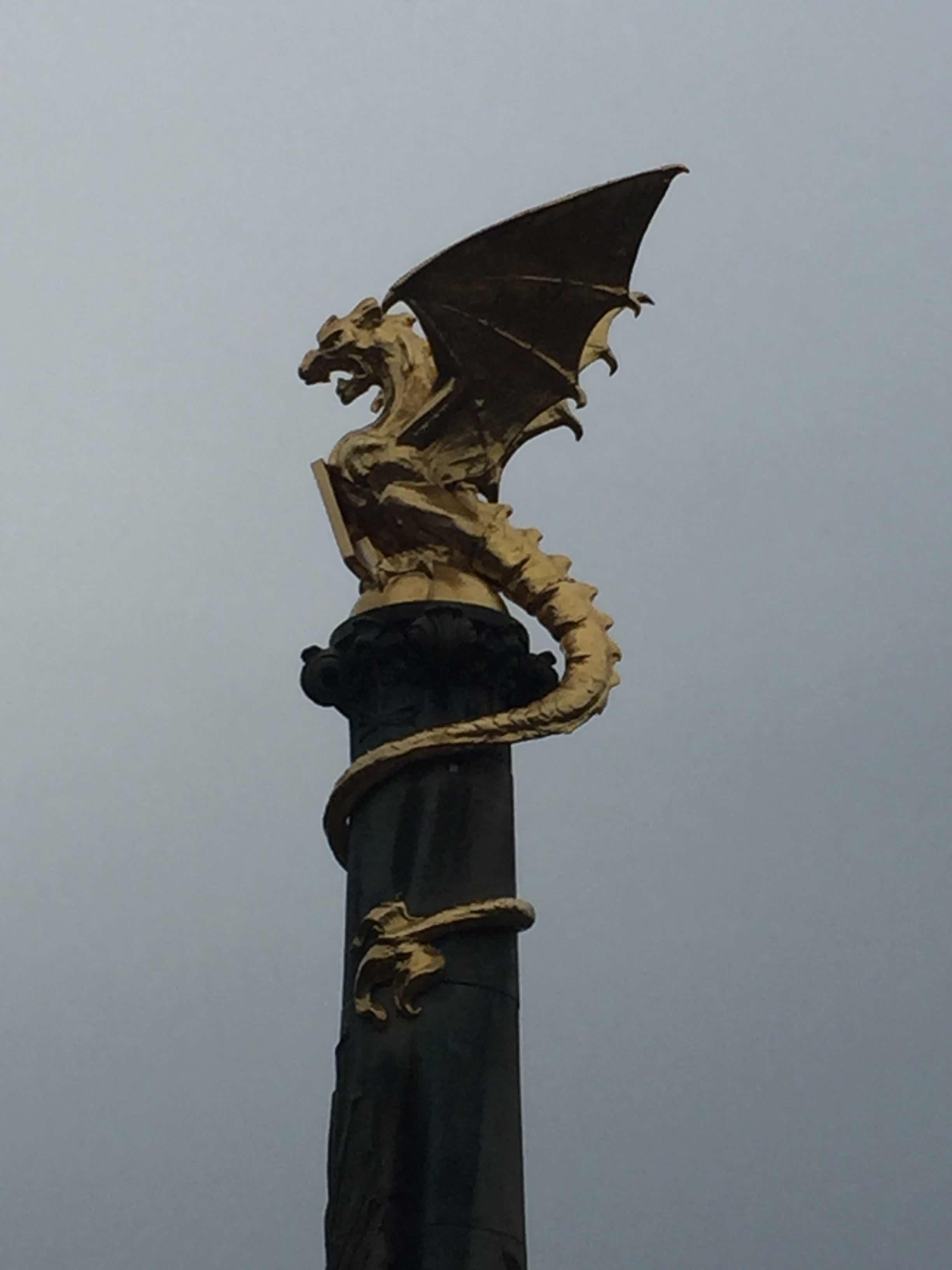 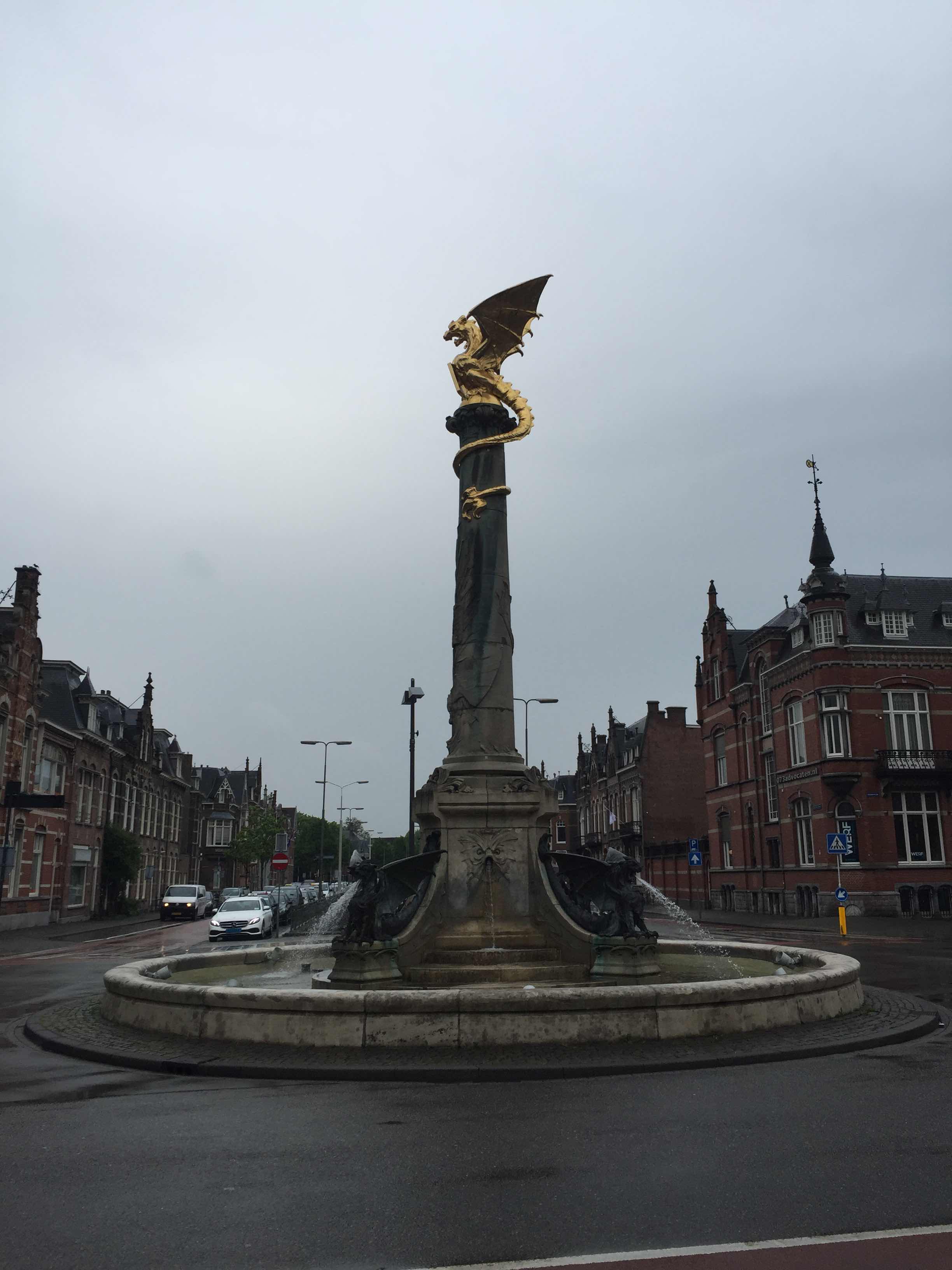 Across from the station was a large dragon statue and fountain. It was said to be commissioned in honour of twin girls who died tragically. An alternate opinion is that it’s in honour of mother- in-laws.
We arrived in Utrecht in about thirty minutes. 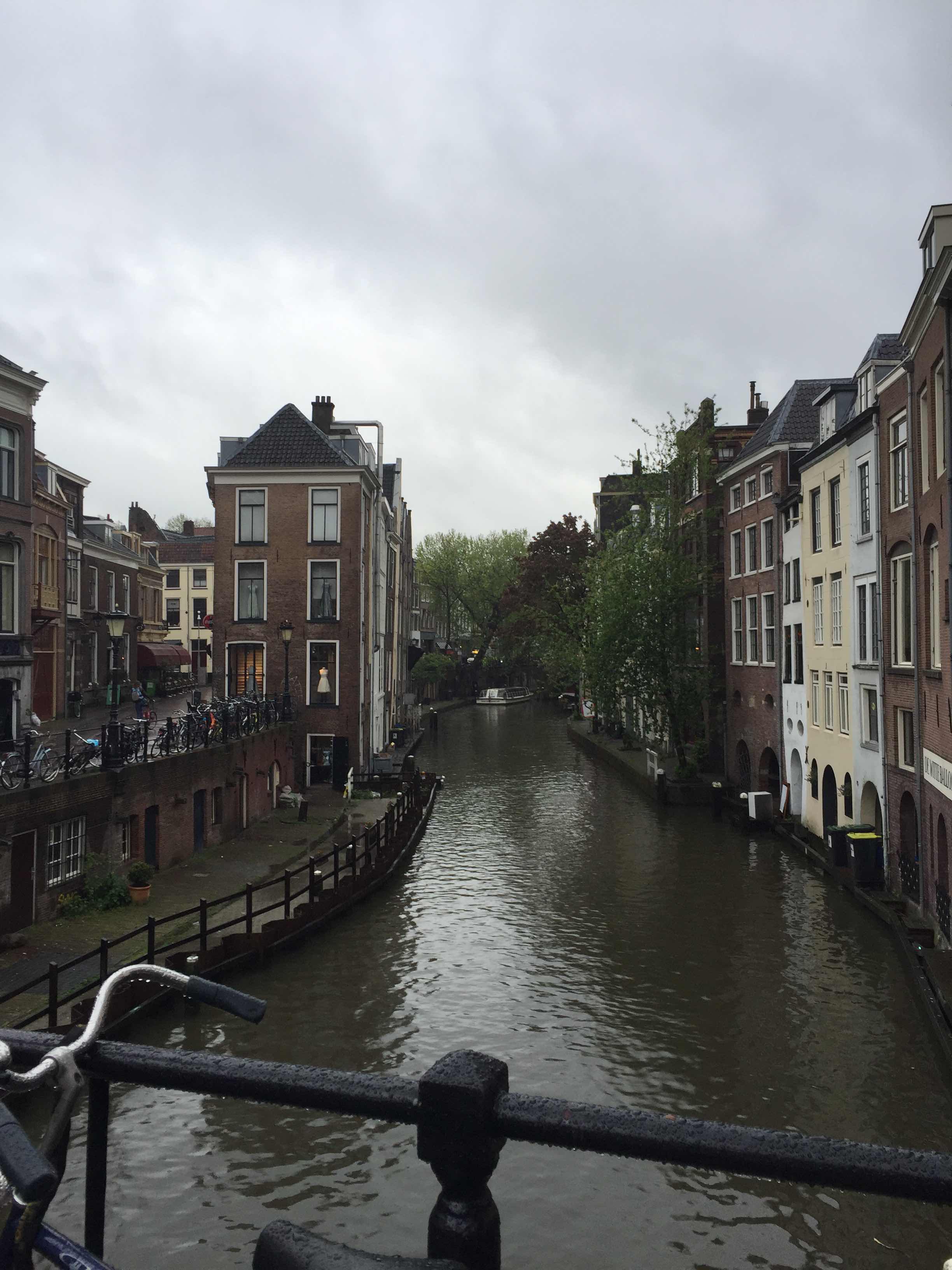 The rain was really coming down as we made our way to the Dom Cathedral area. We had preordered tickets to the
Dom Under tour at 11:30 which is a tour based on excavations and findings from under the church and nearby area.
This was an excellent tour, our guide was very good and I learned a lot. 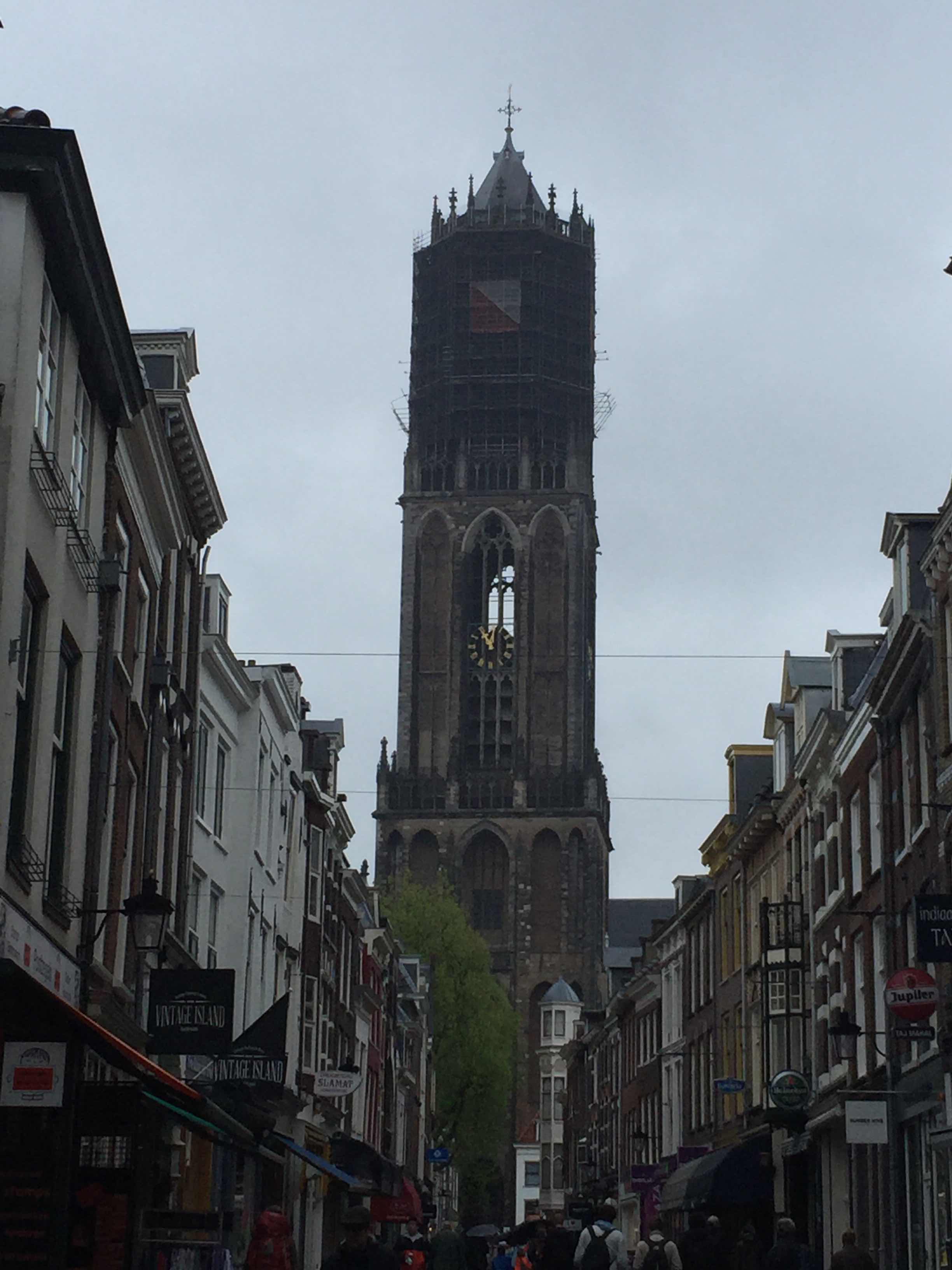 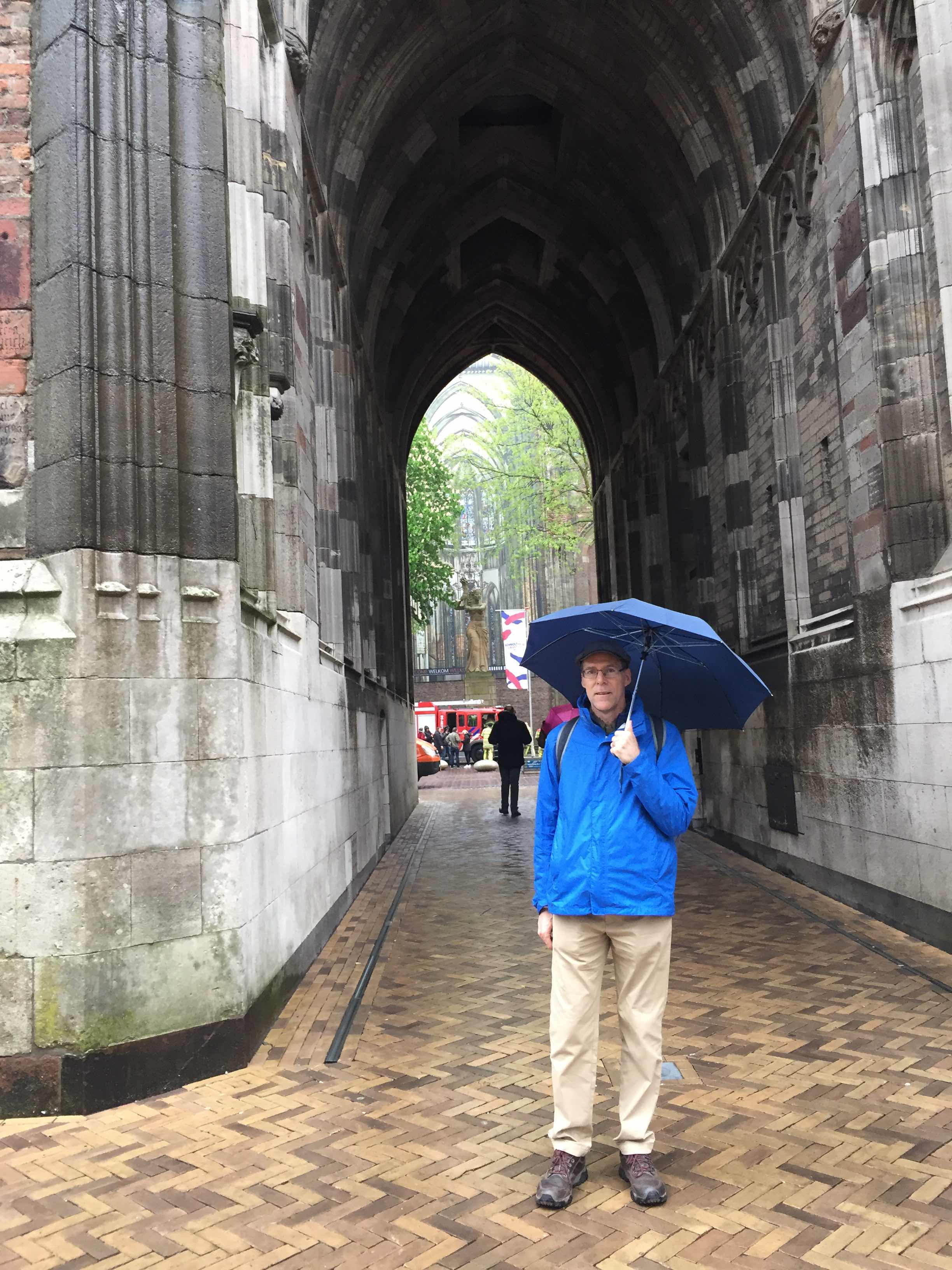 There is over 2000 years of history at this site. There had been a Roman fort there. The first church was built in 635AD. Numerous churches had been destroyed and rebuilt on the site of the Roman fort. A Romanesque church was constructed in 1023AD and then a gothic in 1254AD.
The cathedral was built separate from the tower so that the monks had a straight path to where they worshipped five times a day between the tower and nave. 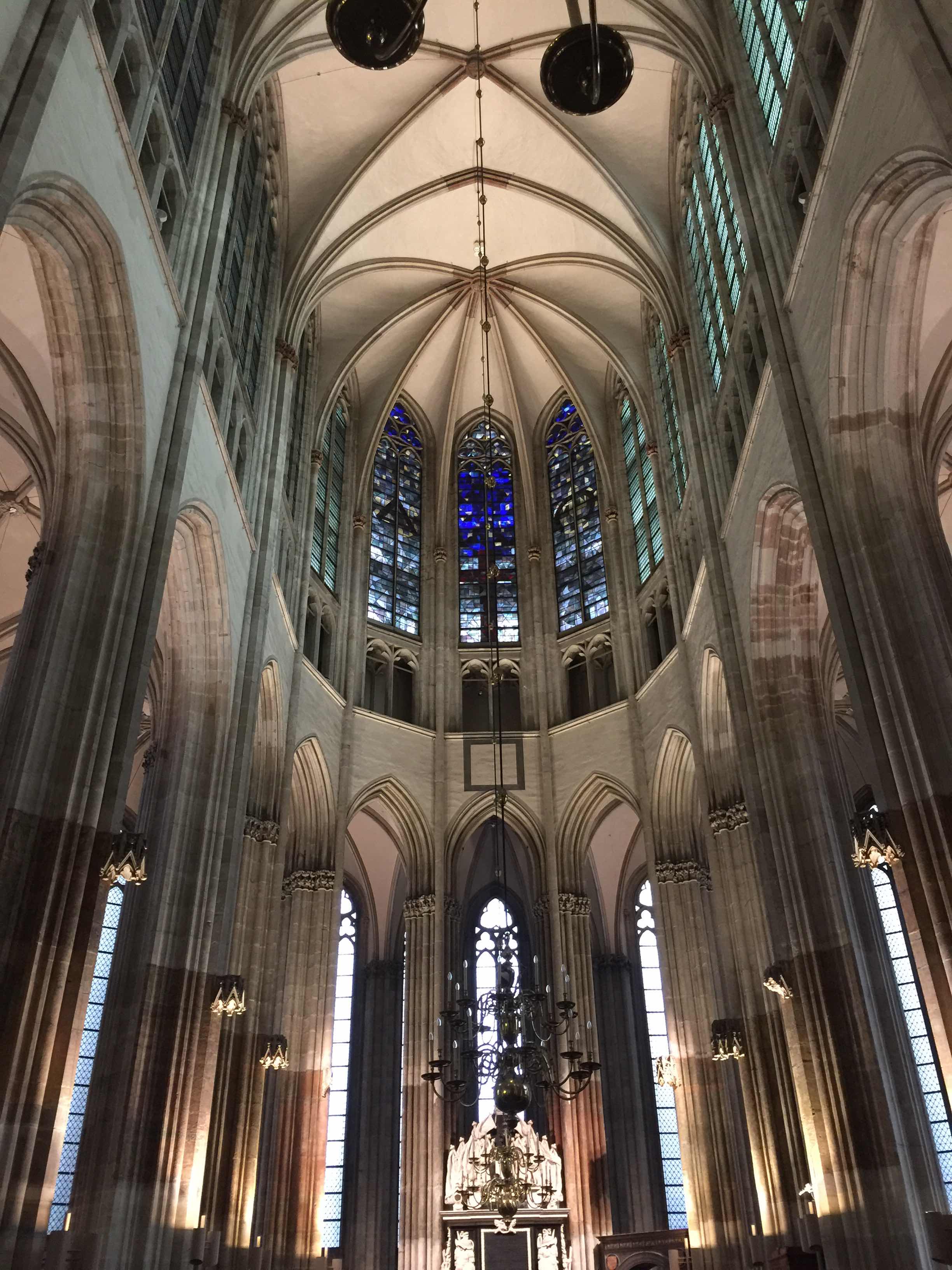 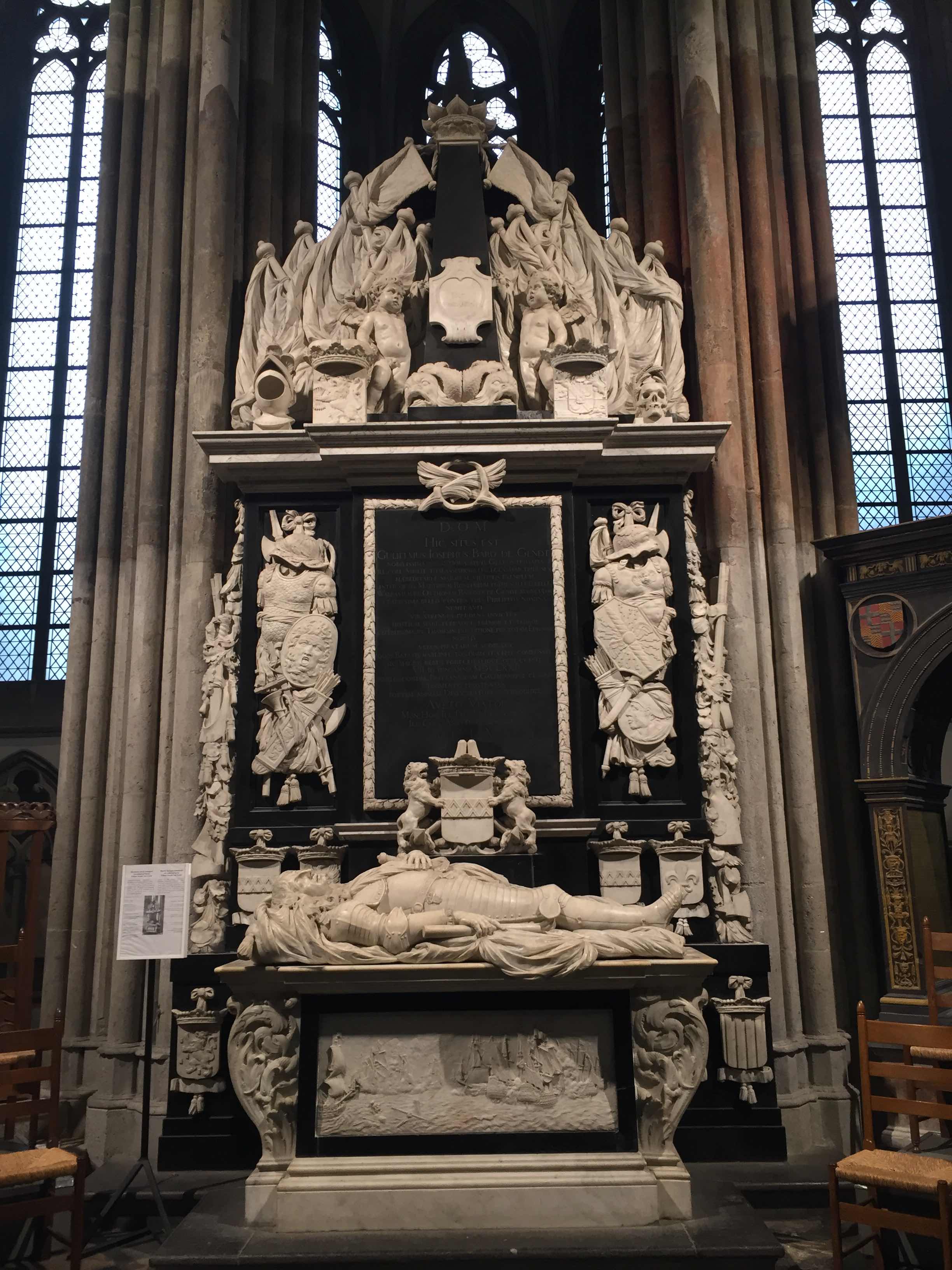 During the 1580 reformation, the previously Catholic cathedral turned Protestant. 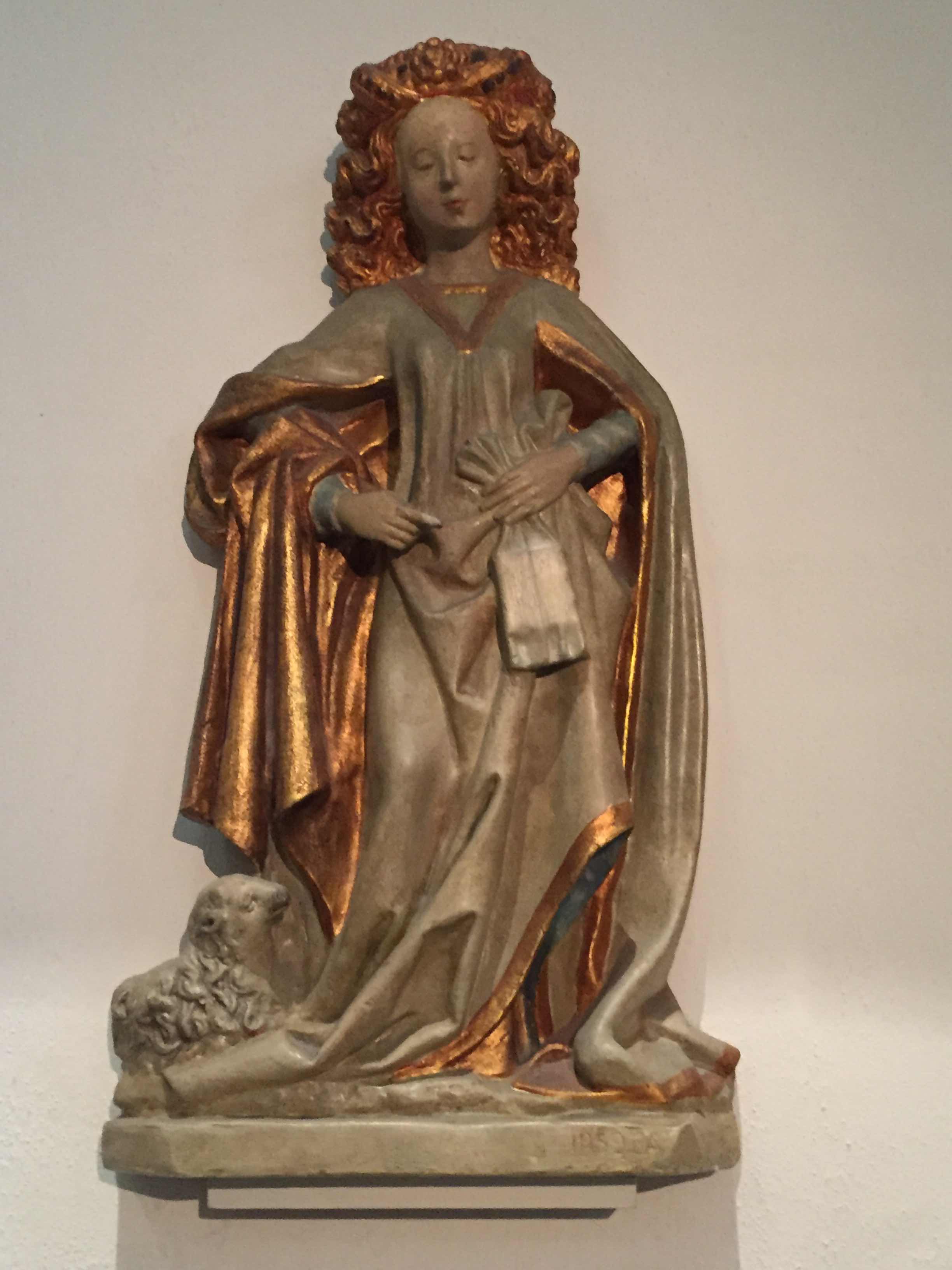 On August 1, 1674 a hurricane caused most of the nave to collapse. The tower stayed intact because it was separate from the cathedral due to the monks walkway. The ruins of the nave stayed in place for 150 years until the debris was removed but the nave was never rebuilt.
The rest of the cathedral was bricked off from the nave and it is still in use. 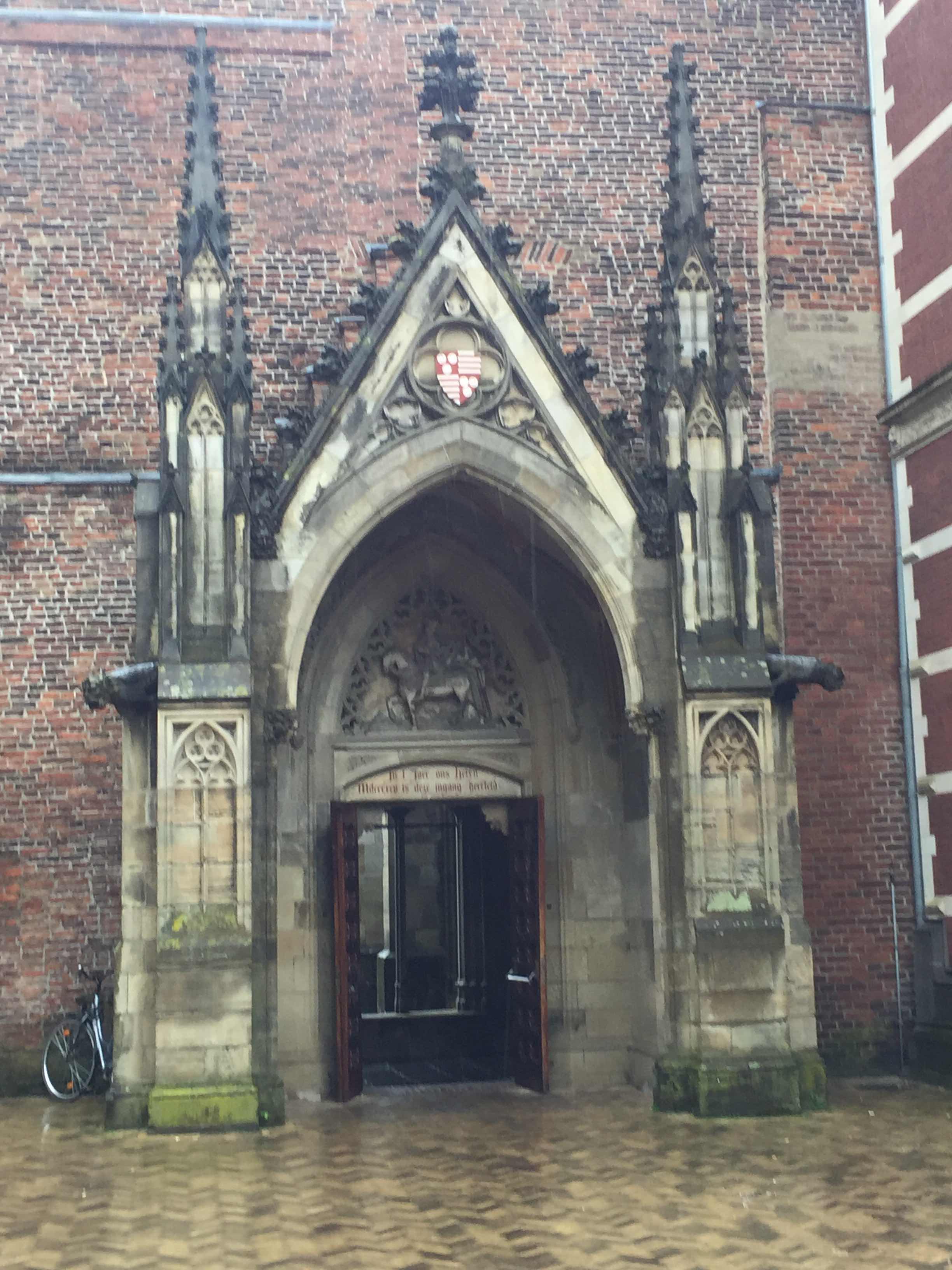 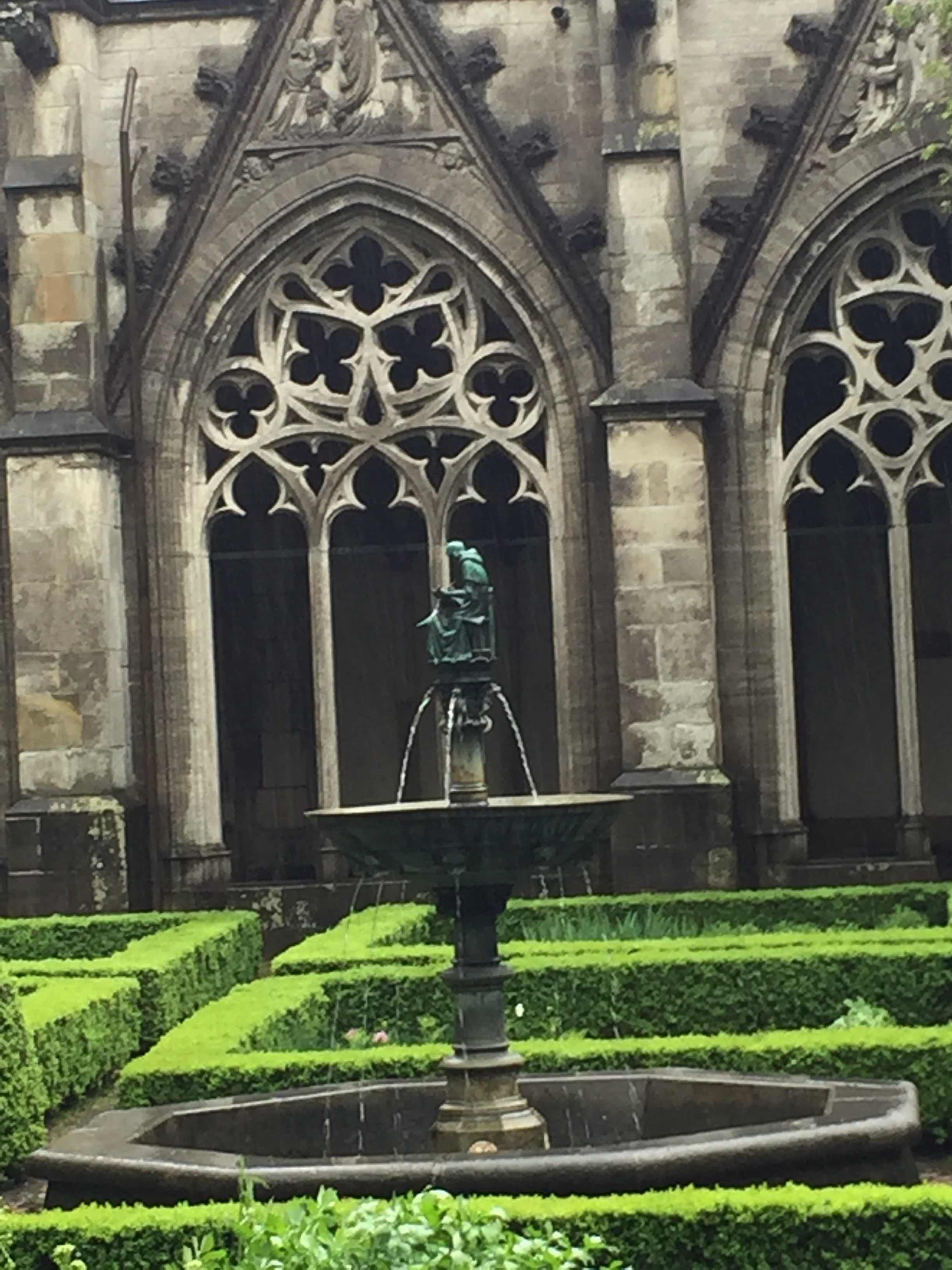 After the tour, we explored the cathedral and the beautiful cloisters area. I loved the gargoyles. John pulled a pair of light rainproof pants from his backpack which he put on over his pants. I was impressed and more than just a little envious. 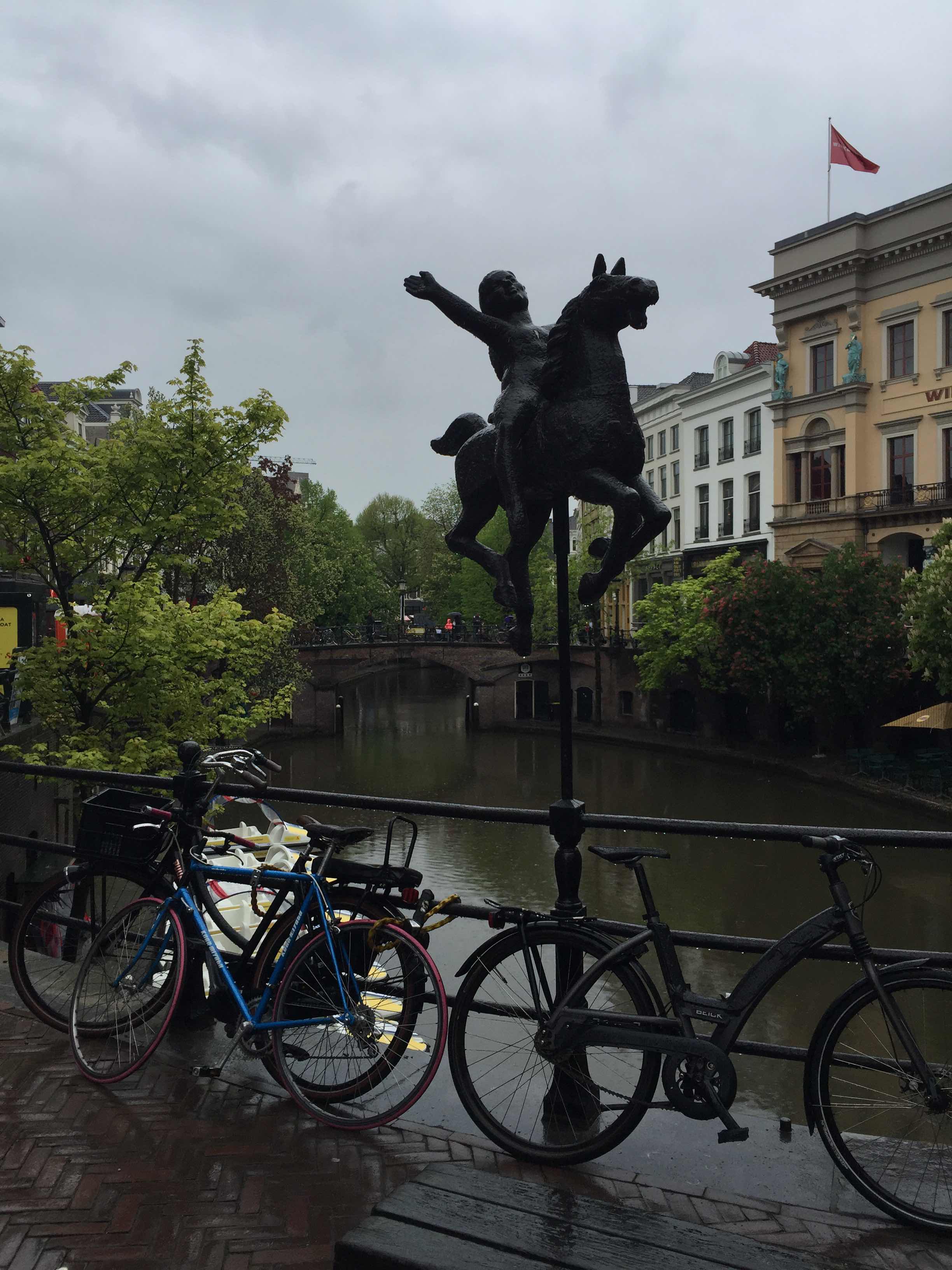 We walked around the city in the rain and stopped for lunch in a cosy bar.
We later searched for a few stores that sold Mephistos. One was out of business and the other didn’t have any of the dressy Mephistos. Sigh. 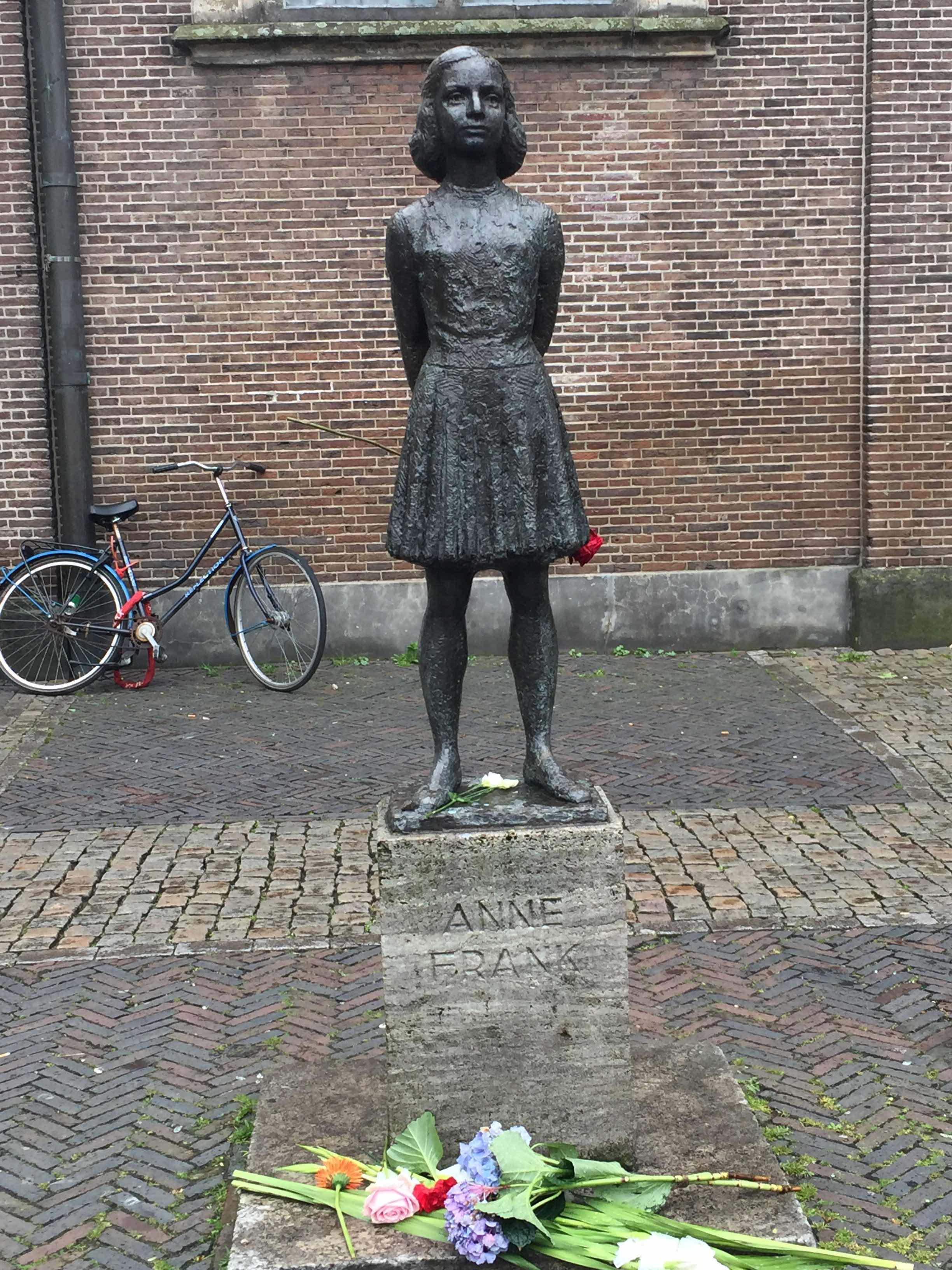 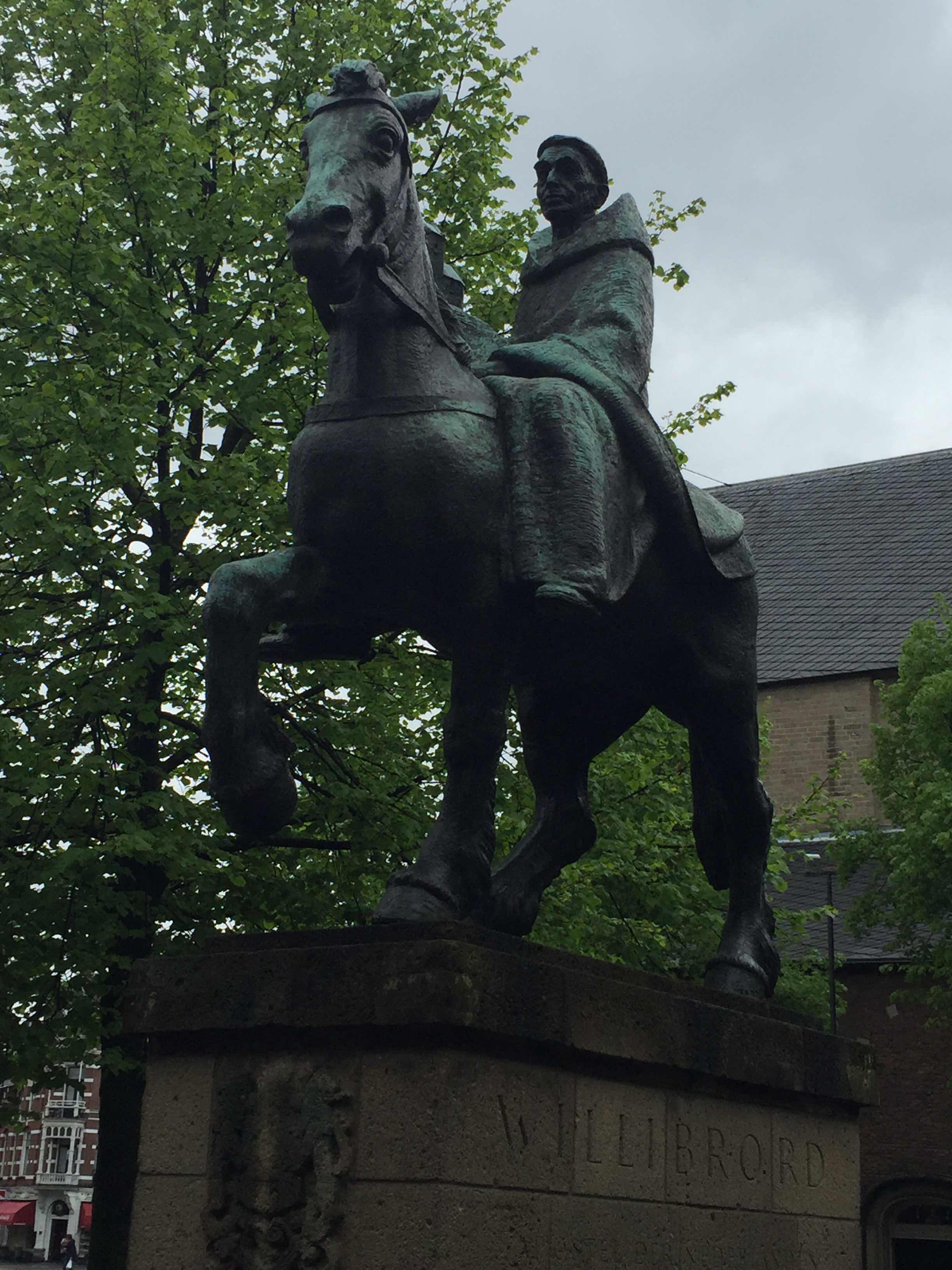 A lovely Ann Frank statue was situated in front of Jans Church.
I almost got run over by bikes a few times when I walked out onto the street.
Cold, wet and tired, (or at least I was),  we stopped to pick up some snacks and drinks before catching the train to Schipol Airport and the shuttle to our hotel.
Posted by Kimberly at 3:16 PM