The Dutch Know How to Party

It was Kings Day which is the King’s birthday and the Netherlands biggest party of the year...and the Dutch definitely know how to party. 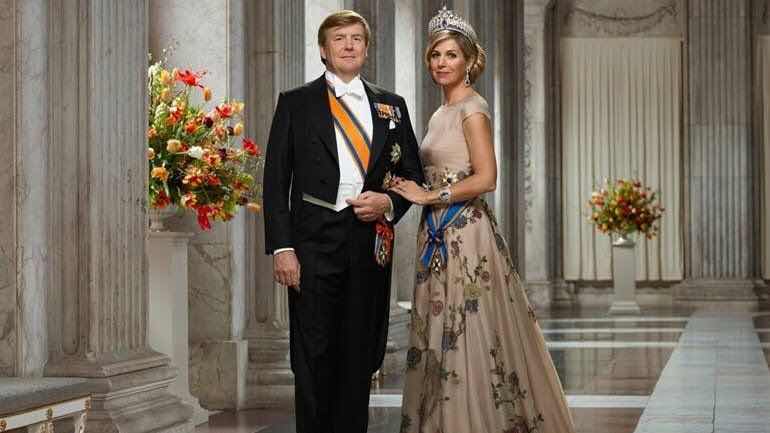 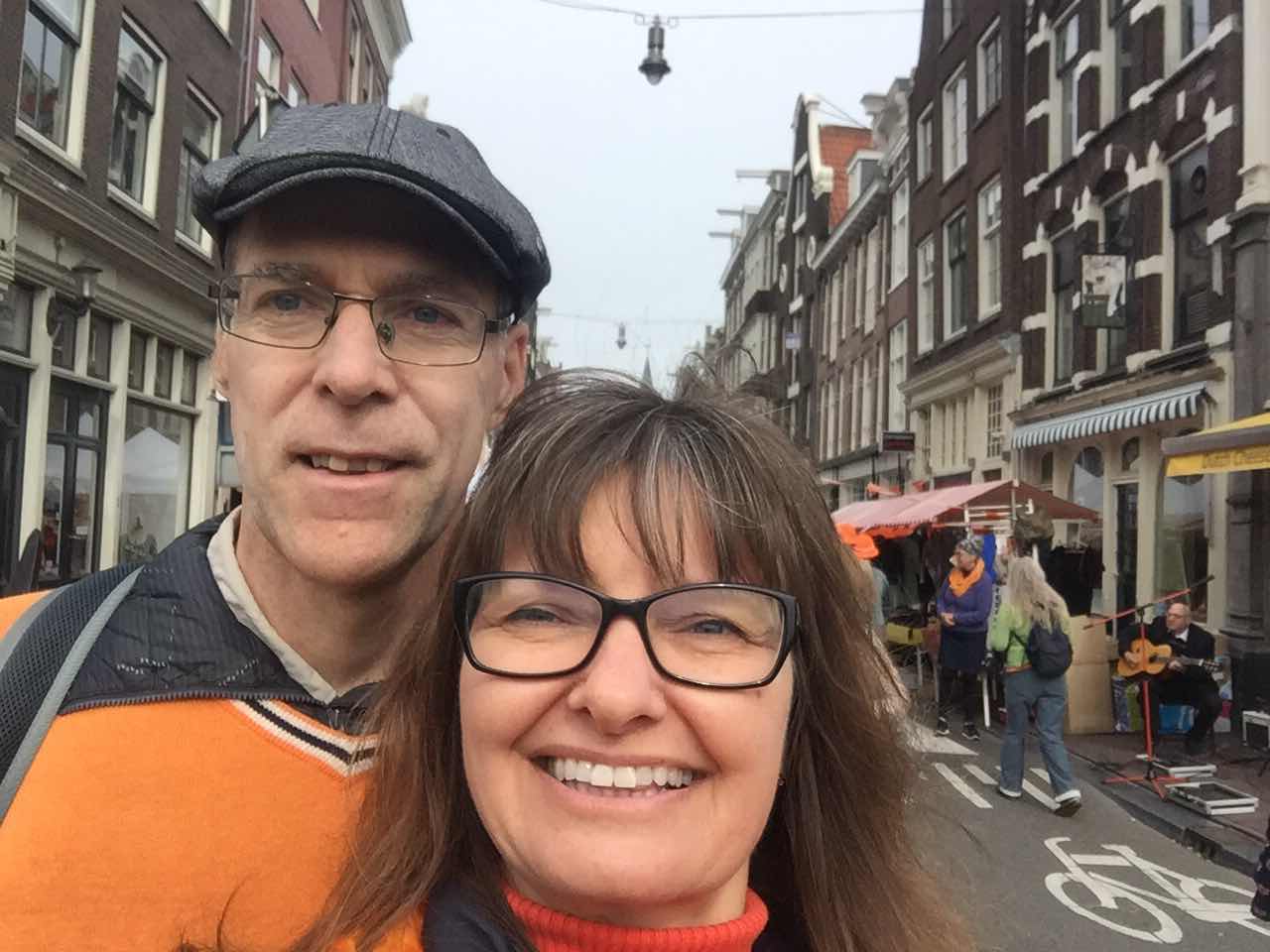 At 10:00am we left Amsterdam Centraal Station and wandered out into the city. 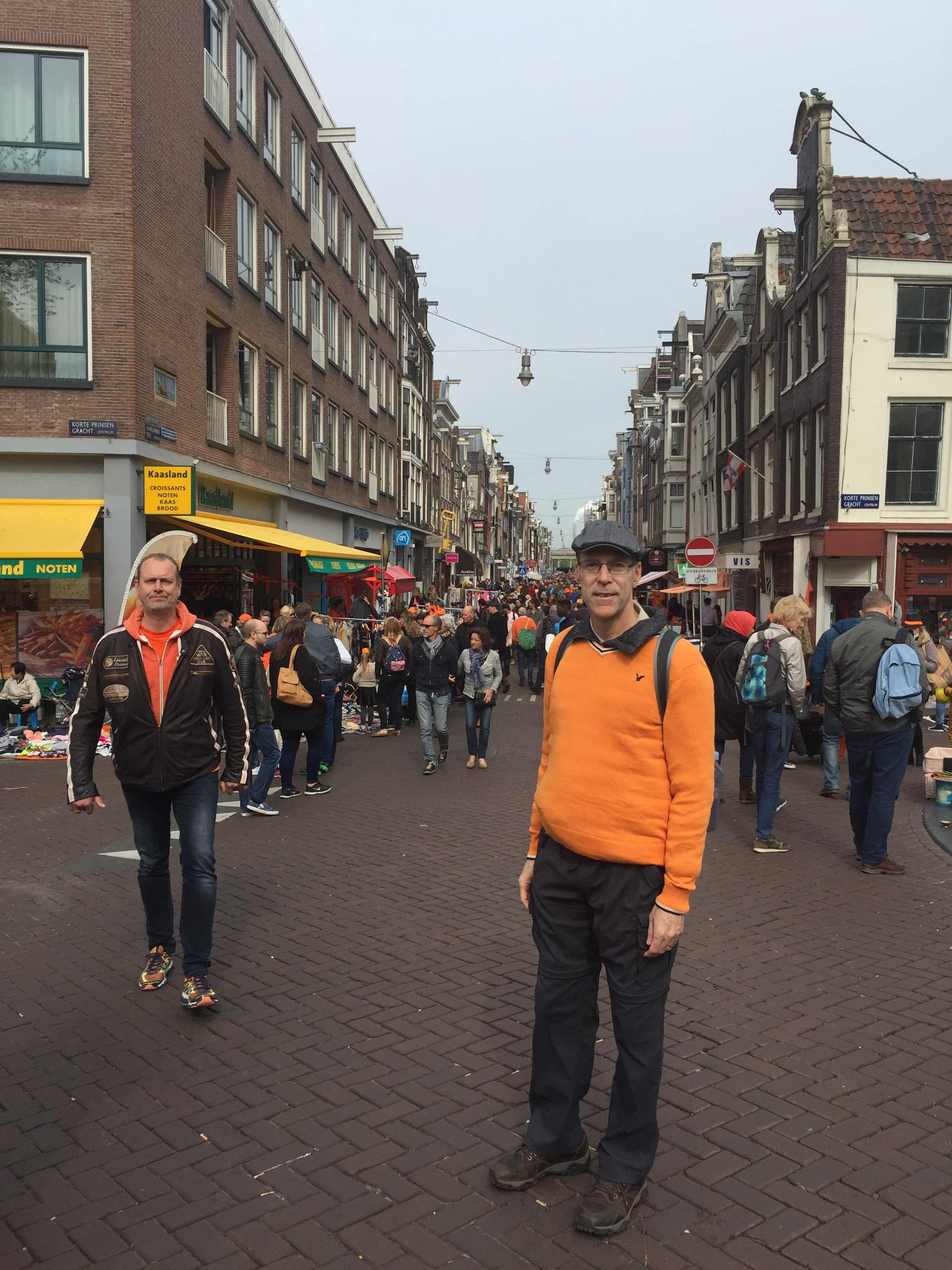 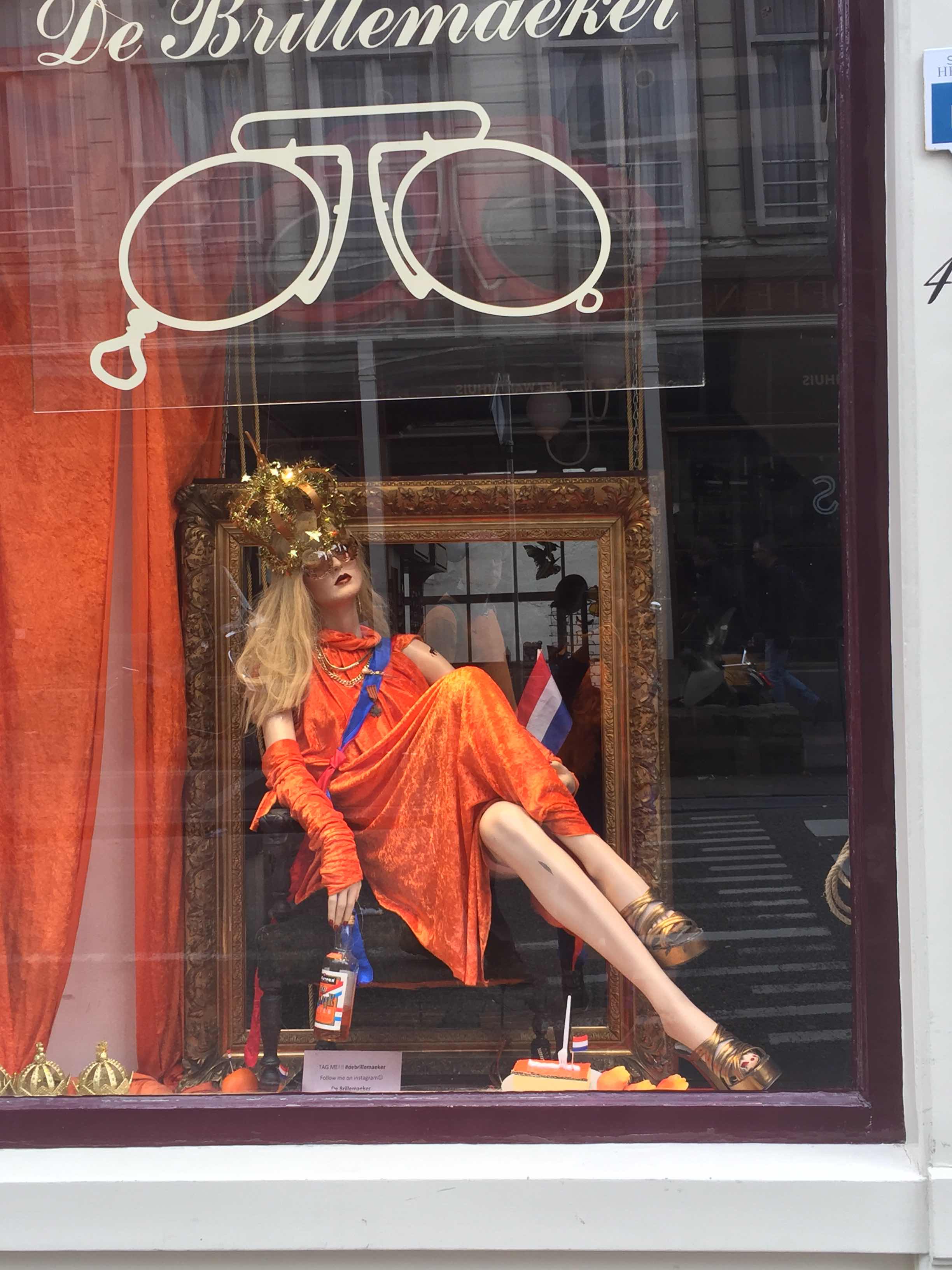 The streets were already packed with people dressed in orange.There were rummage sales and music on practically every street. 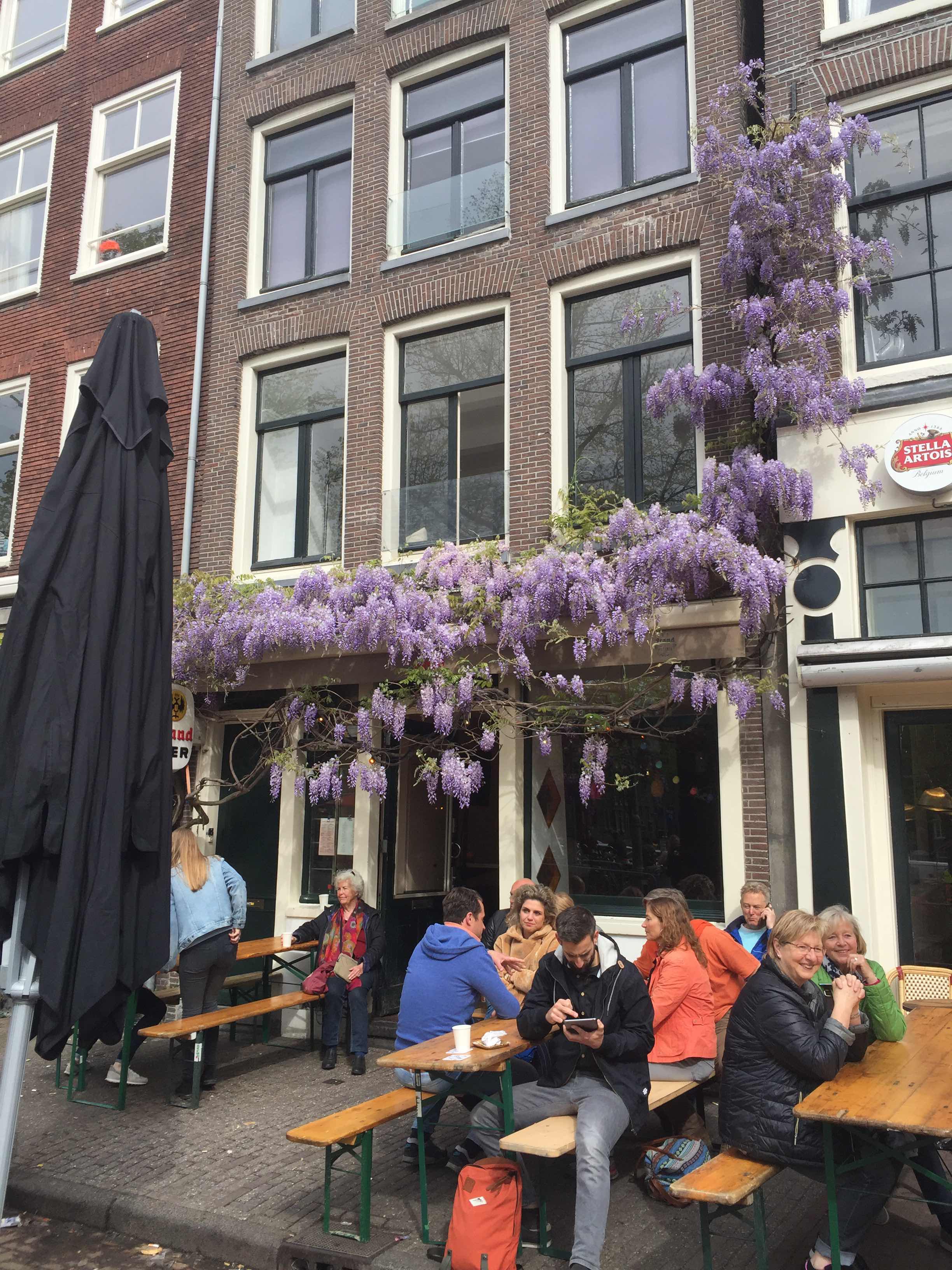 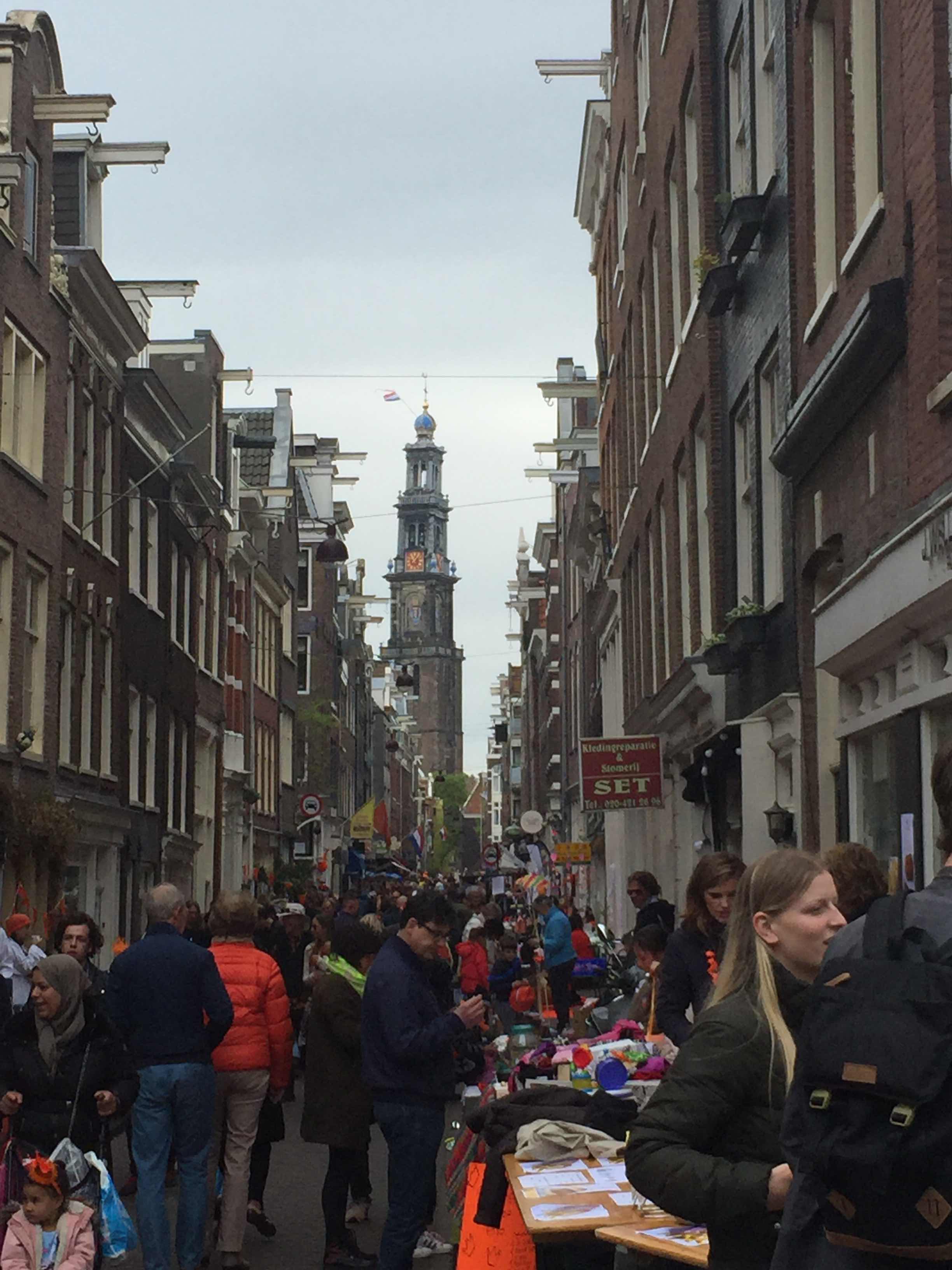 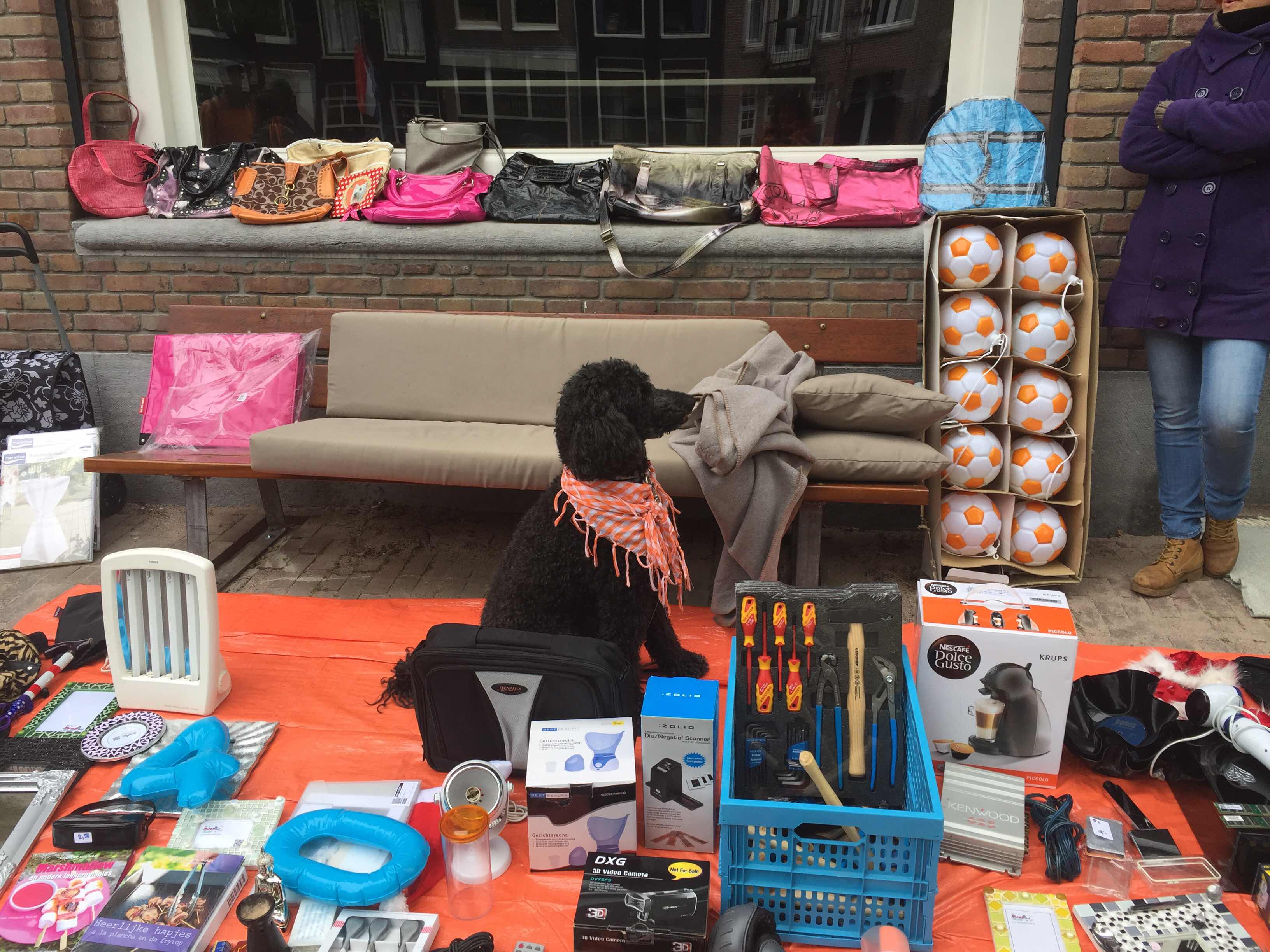 We walked through the Jordaan area first before making our way to Vondel Park. This park was packed with families and kids selling things and performing.  We bought hamburgers and ate them on a bench near a pond. This park is gorgeous. 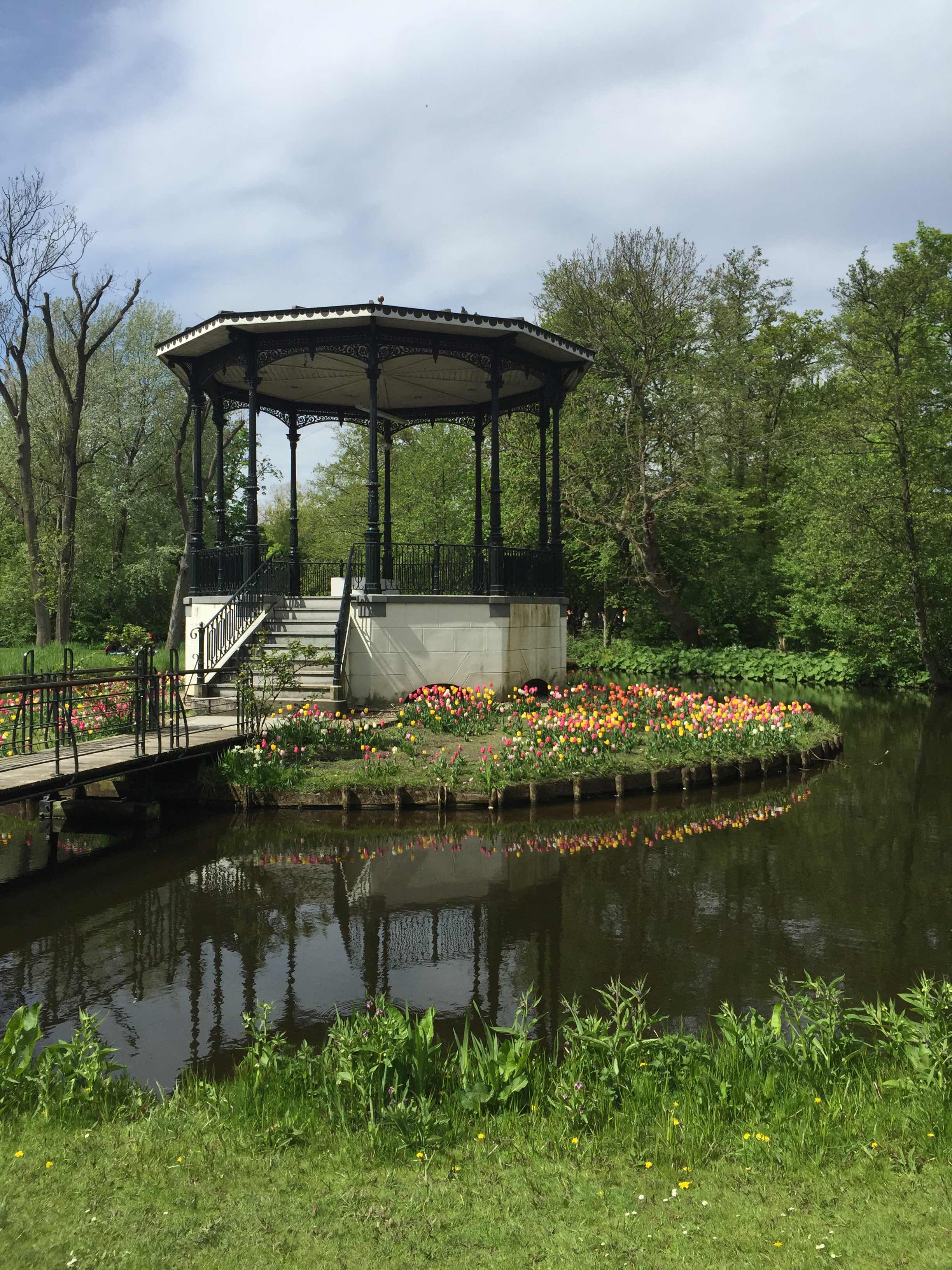 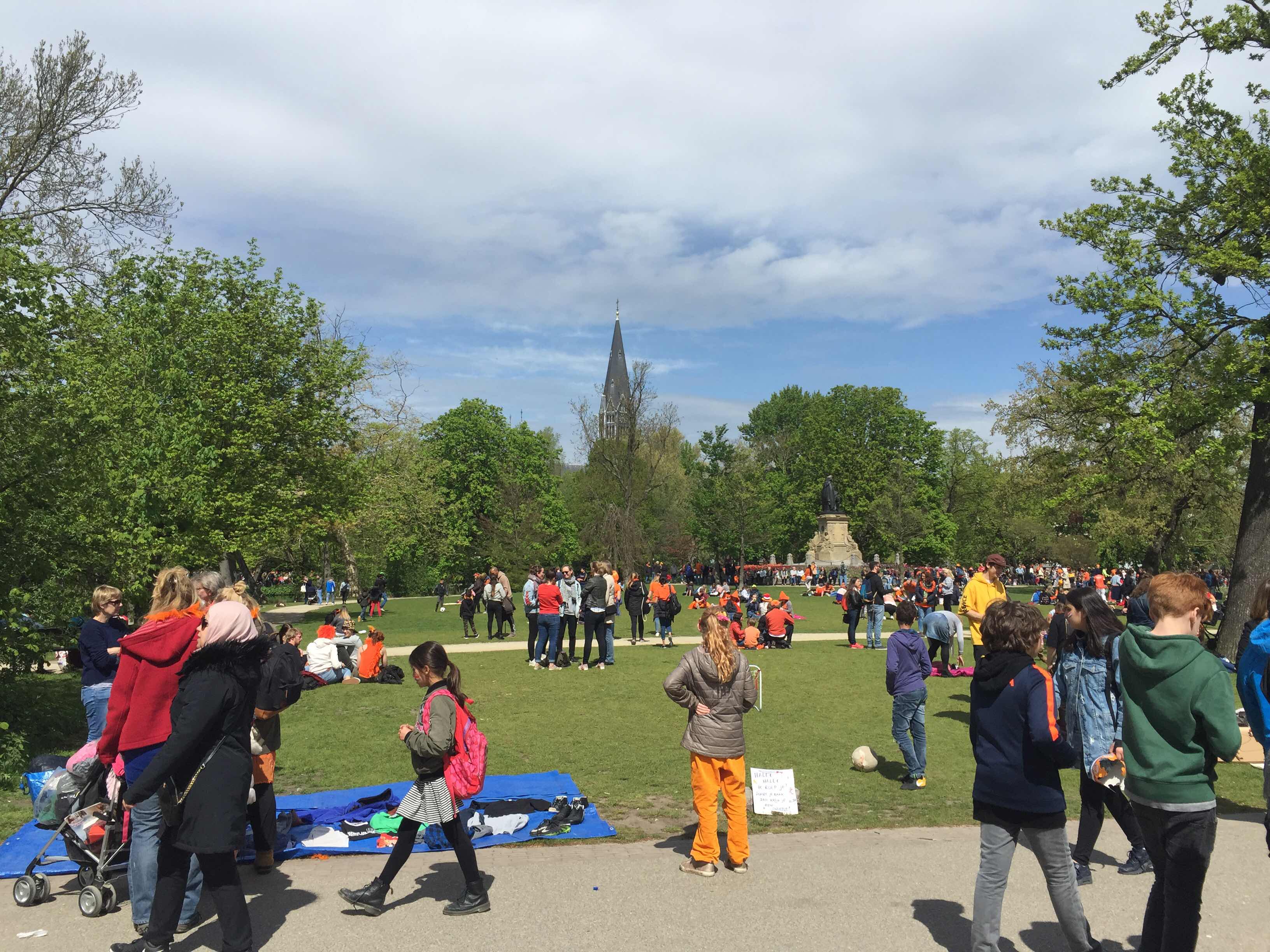 Many boats filled with partiers dancing to loud music plied all the canals. We would stand on the bridges and watch. 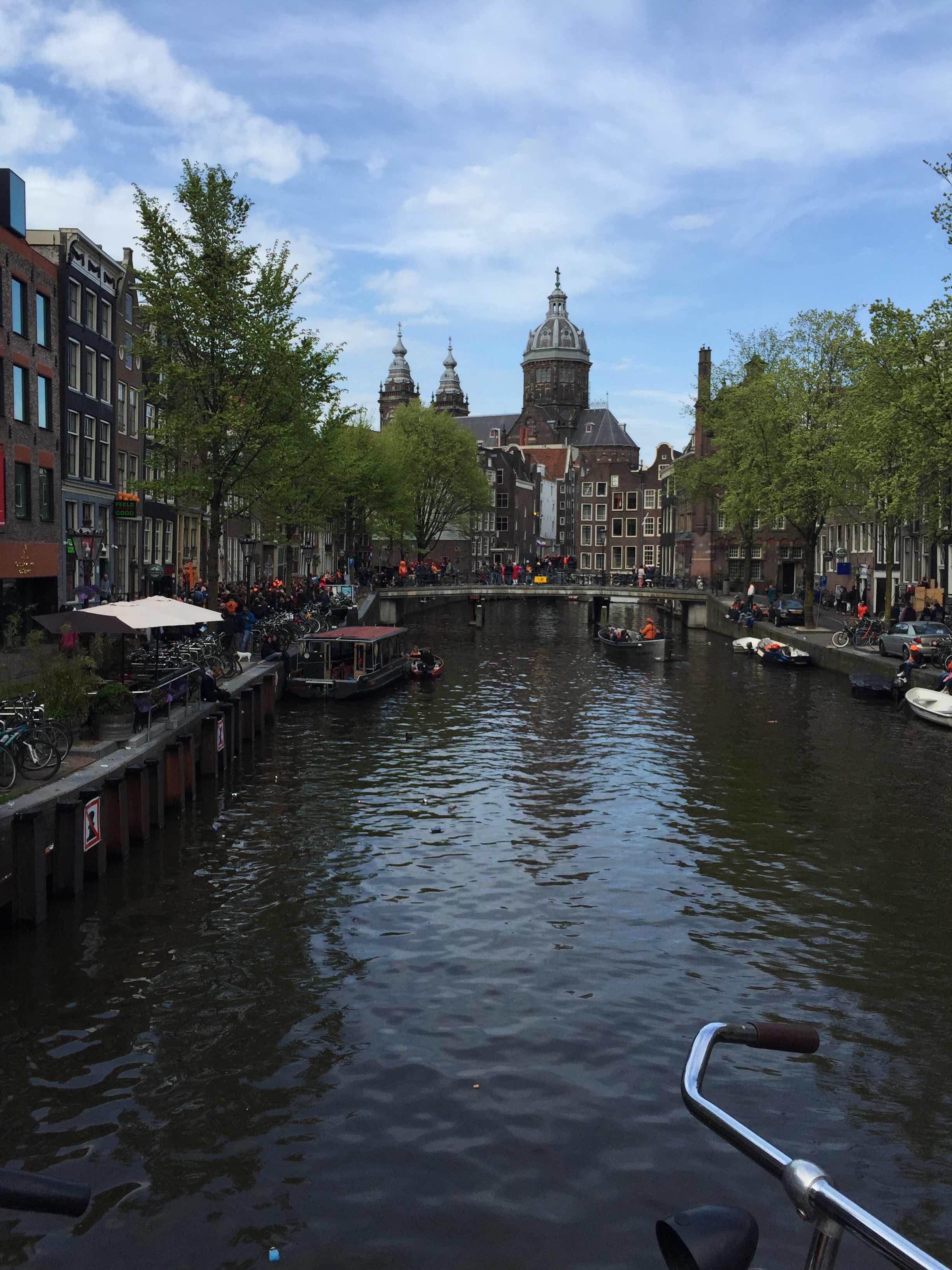 We next checked out Leidseplein which had huge dance parties going on on the street. We bought a few beer on the street from some enterprising young men. 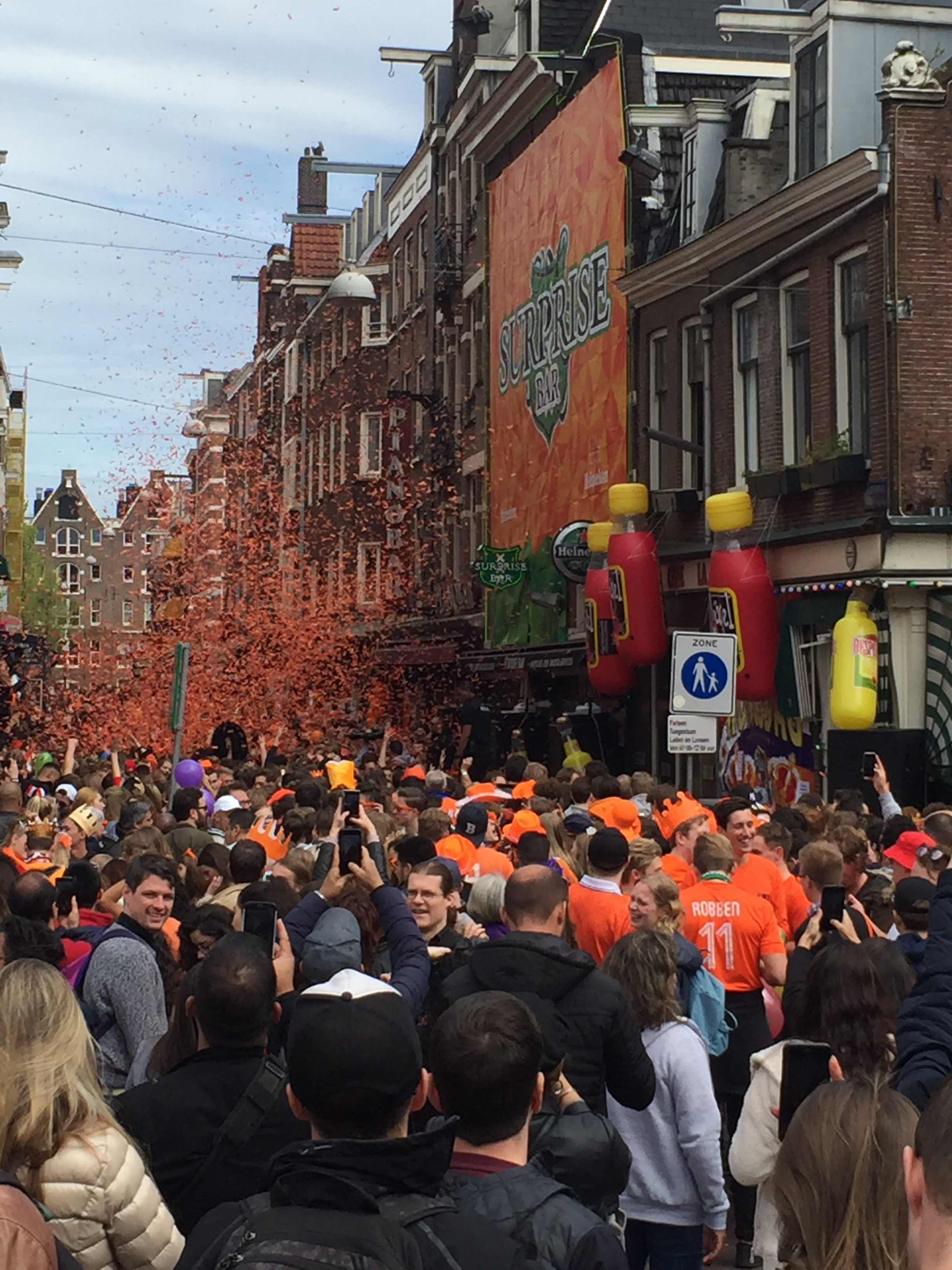 A man was passed out on a bench and people would stop to take their picture with him. I was horrified to note that he was wearing a Canadian t-shirt.

A parade of Hare Krishnas came across one of the bridges. One guy dressed like Donald Trump (wig and all) was parading with them. I’m still uncertain as to whether he was a Krishna or not. 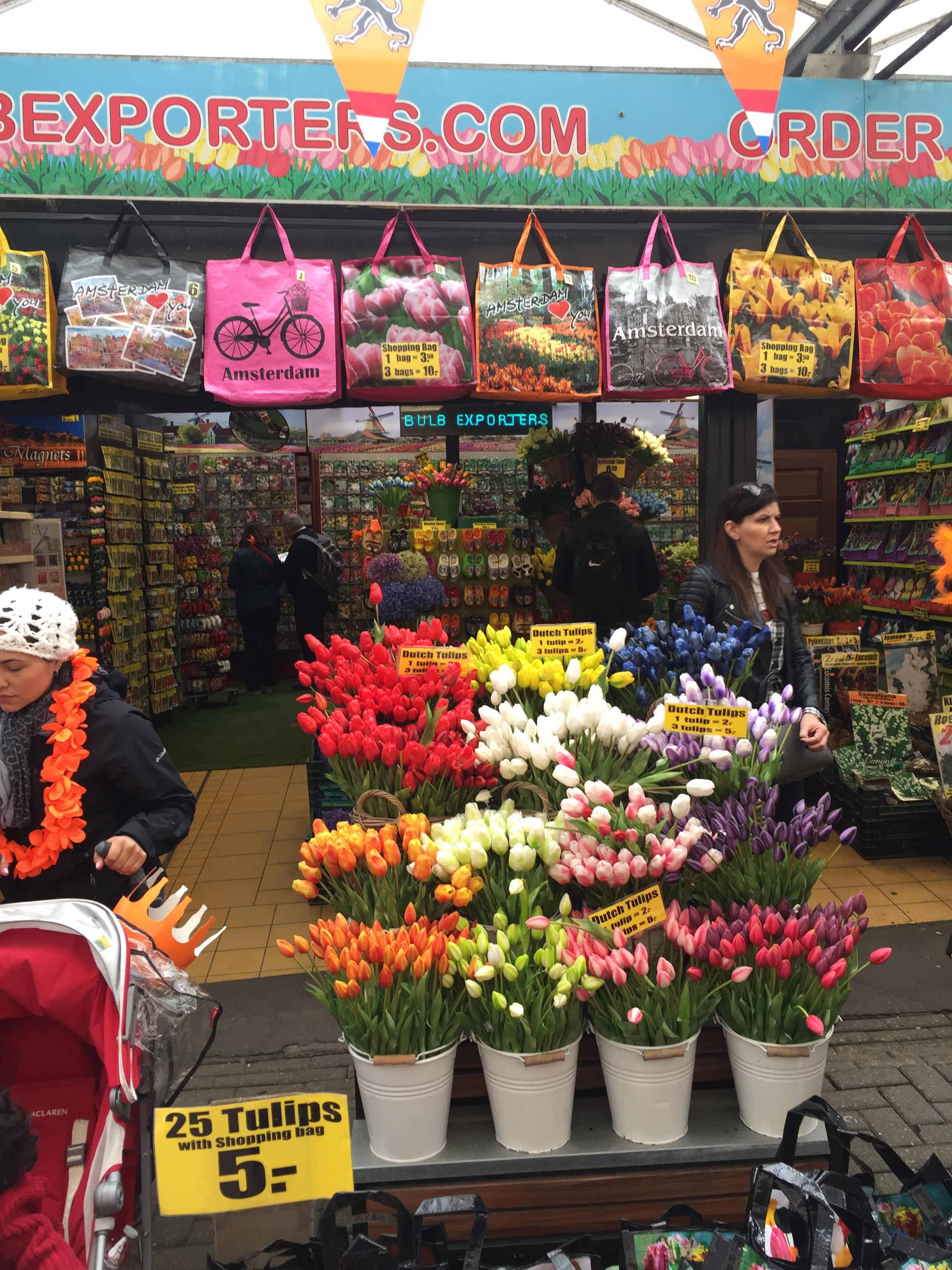 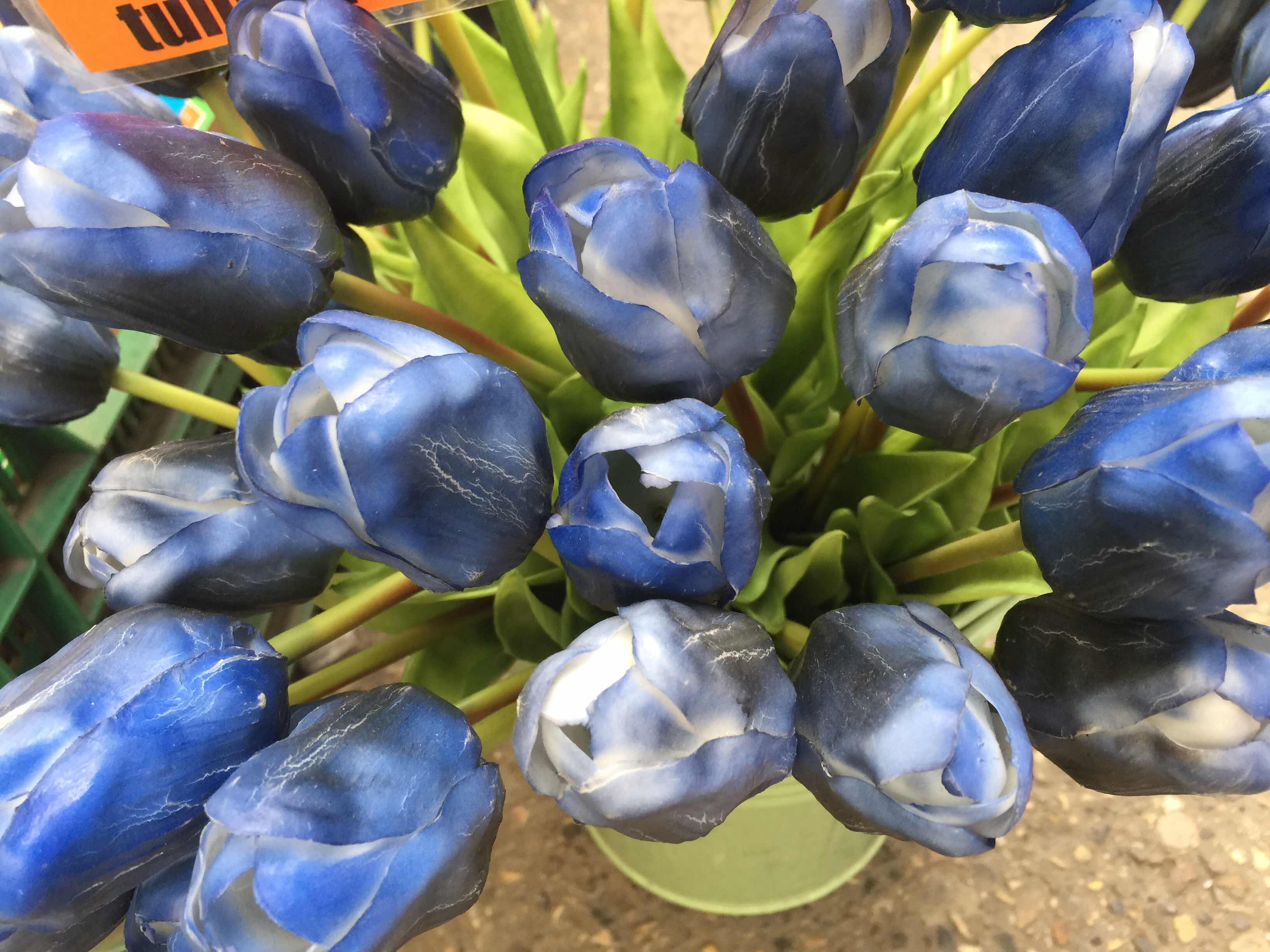 We walked through the flower market. How I wished I could have bought some of those gorgeous blue tulip bulbs. Alas, I don’t think I could take them back into Canada. 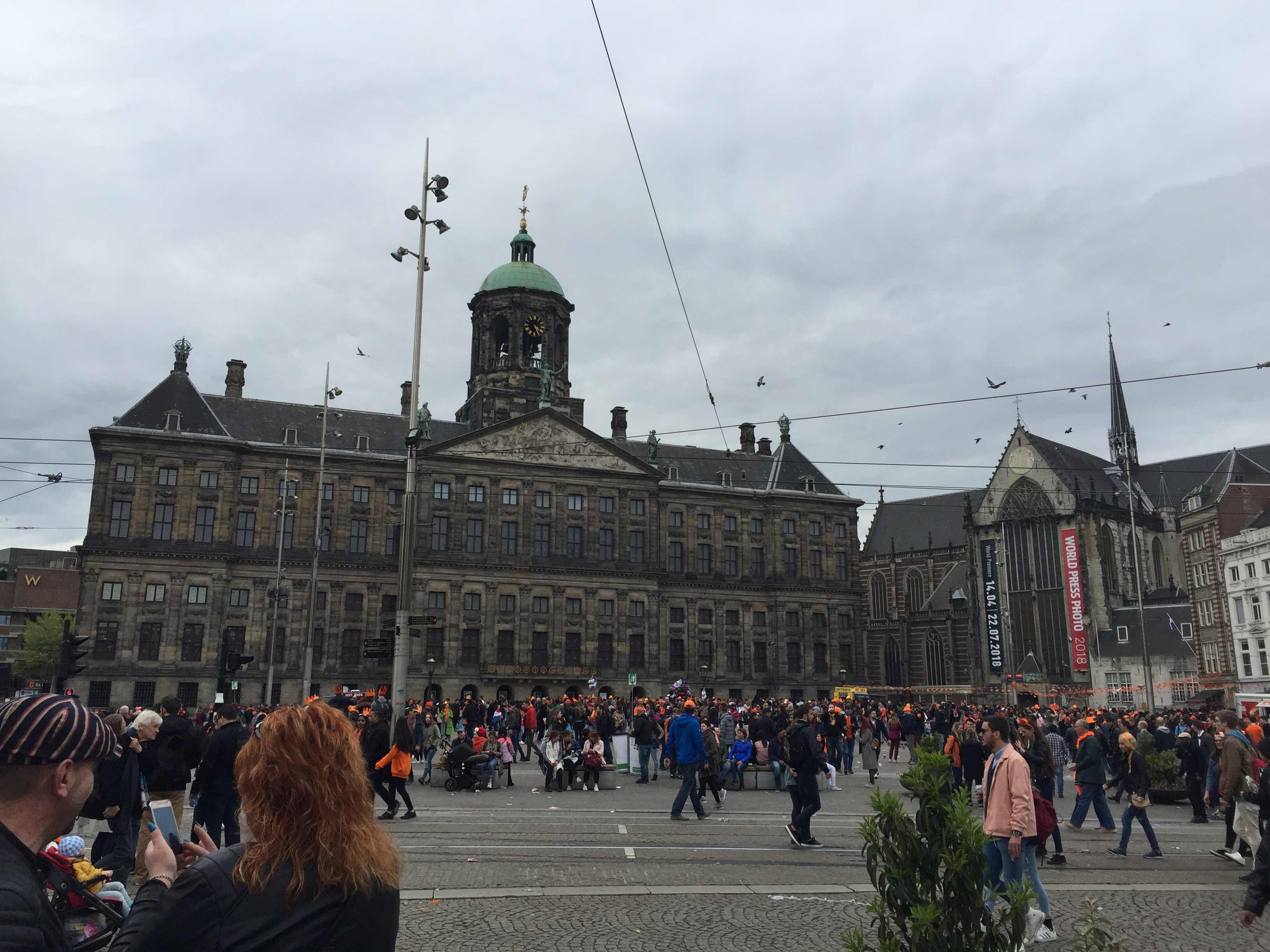 Dam Square was our next stop.

It was packed....everywhere was packed. It was impossible to find a bathroom so we headed to the train station. 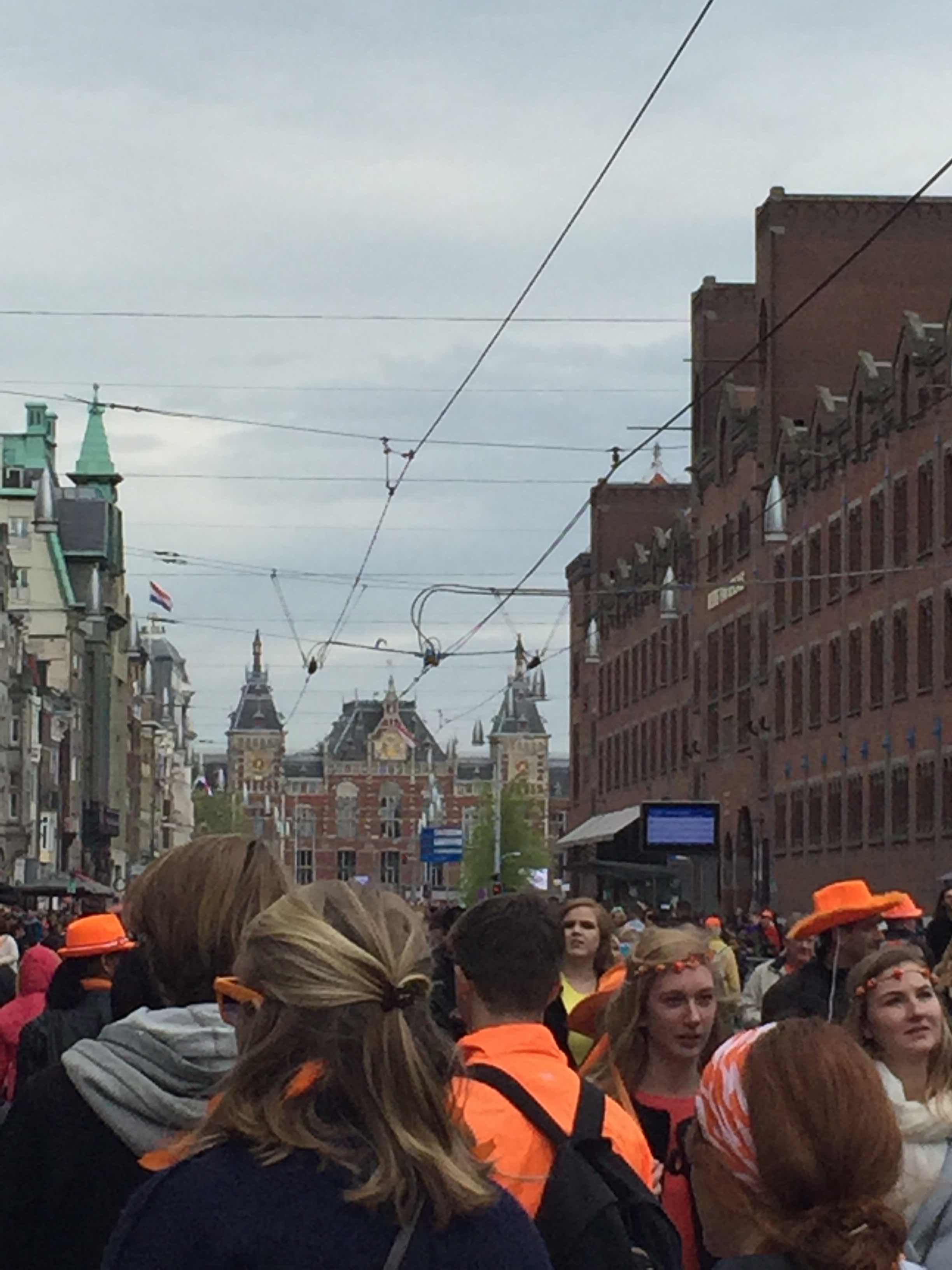 Feeling much better we headed toward the Ouder Kirk area. A friendly& drunk young man in front of a bar started a conversation with me. It was only after we were walking away that John pointed out that his pants were hanging around his knees.

Of course I had to check out some of the many delicious cheese shops. 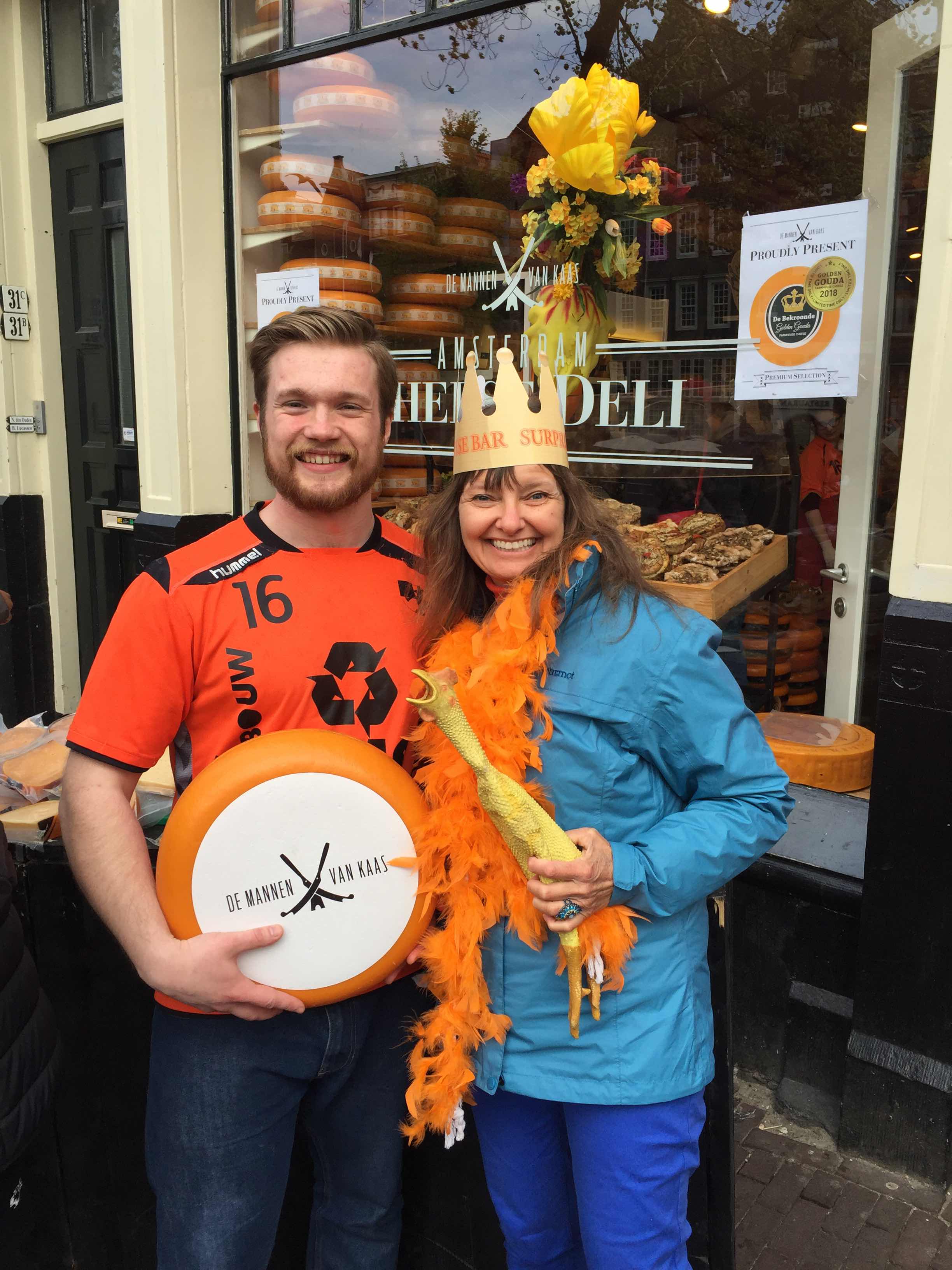 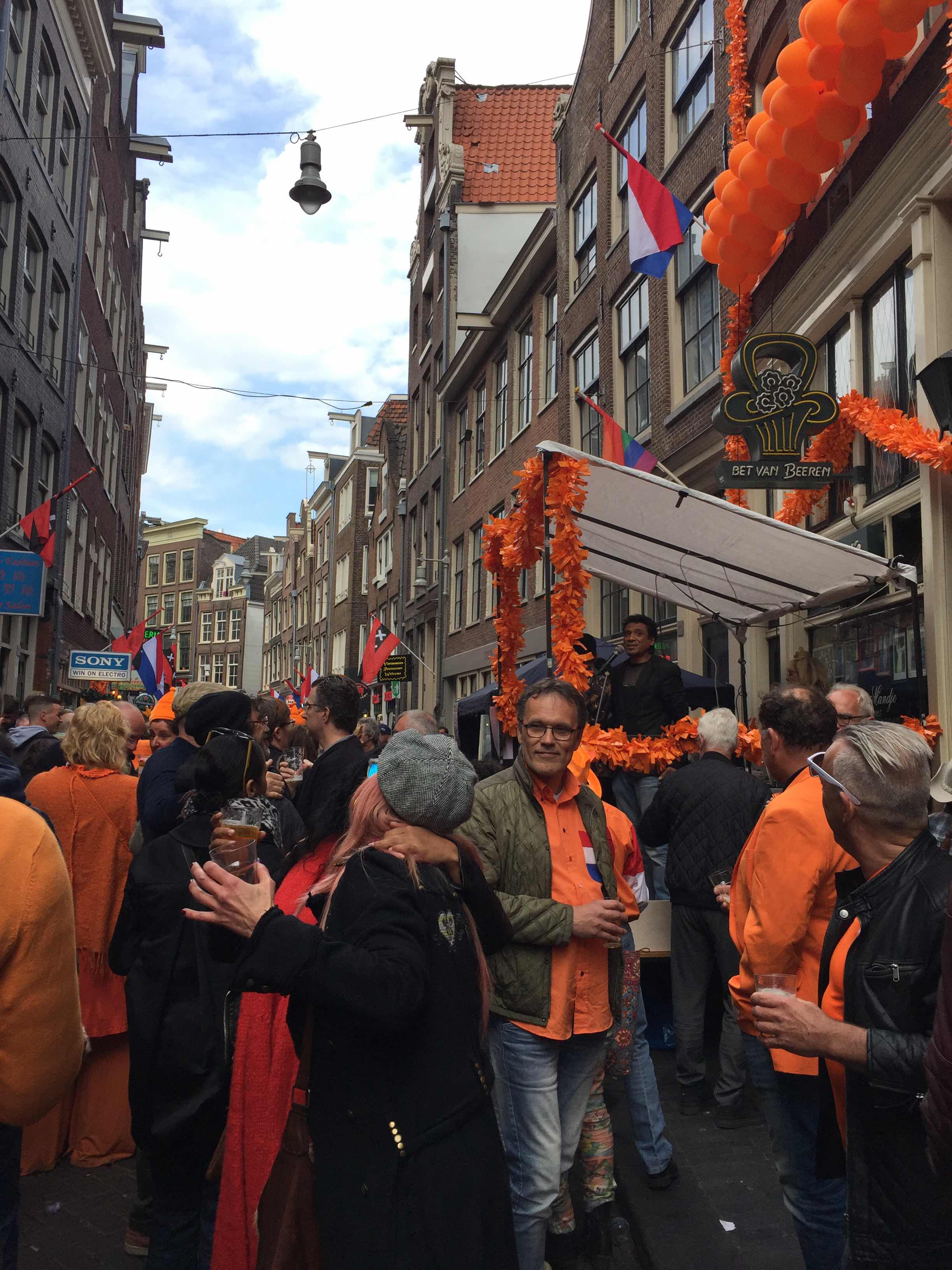 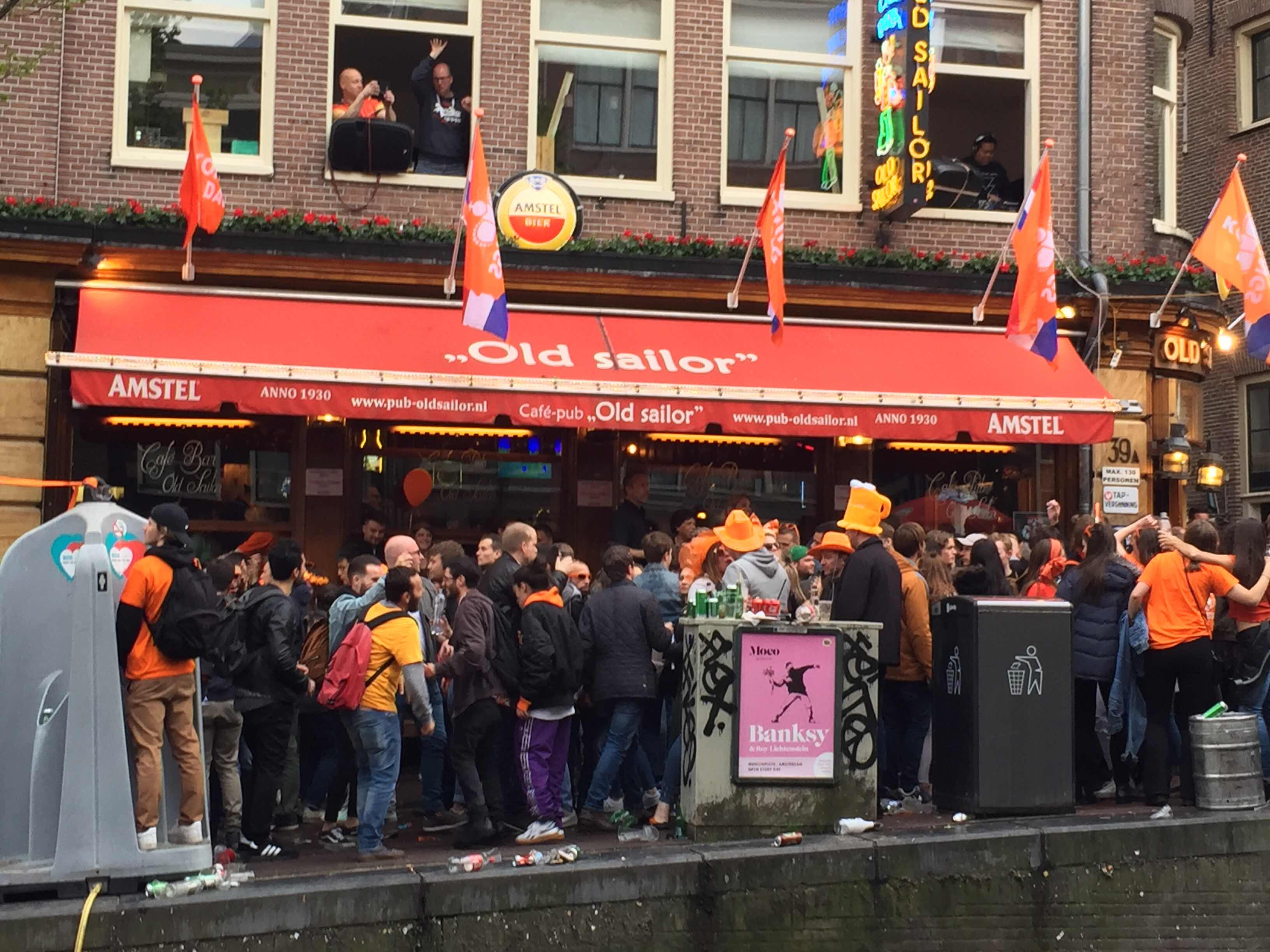 We passed many more dance parties before stopping in a Syrian Restaurant overlooking a canal for some dinner. 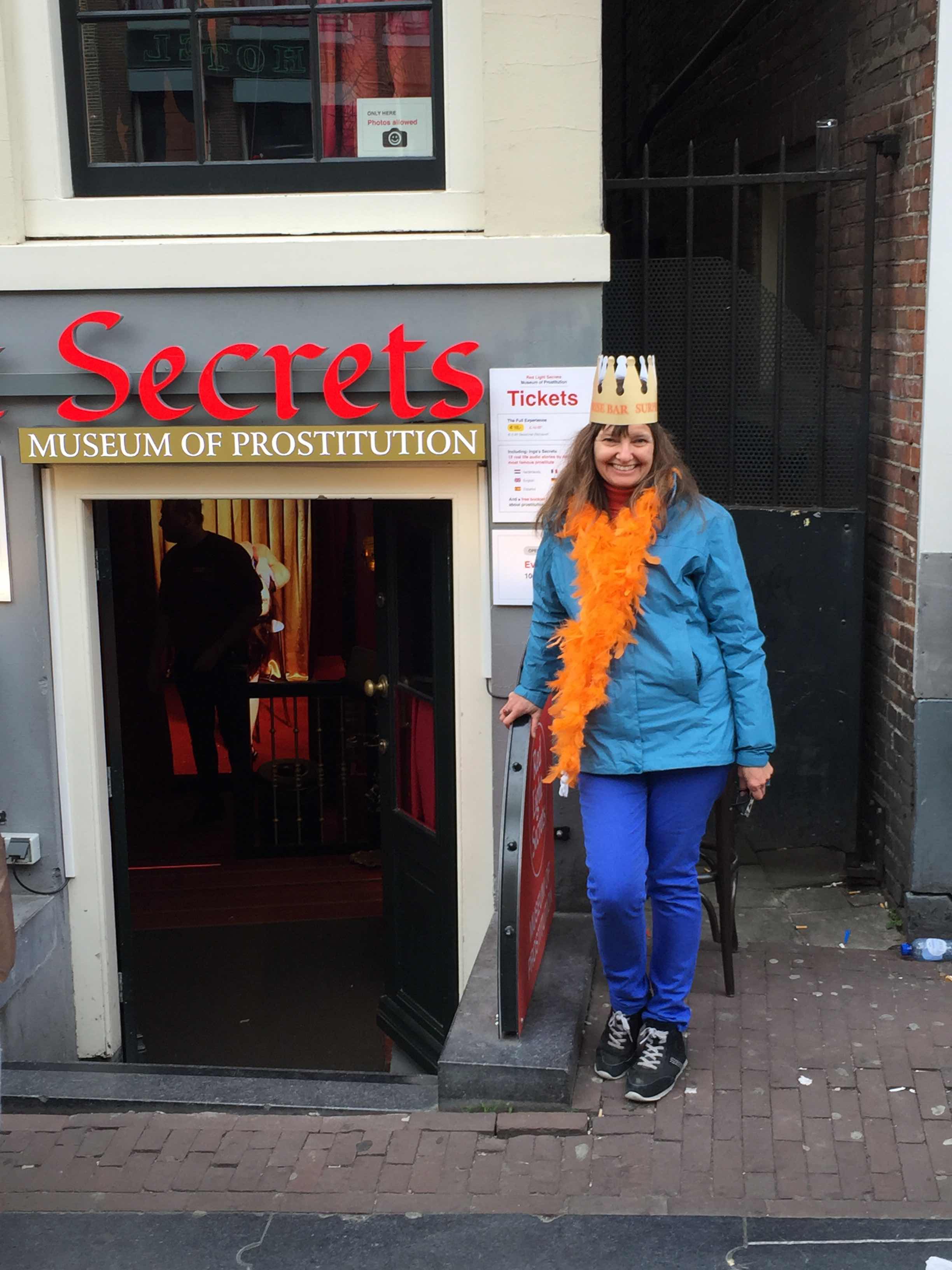 The Red Light District was our final stop. There were dance parties on the street here as well. I didn’t realize we were in the red light district until a lady startled me when she stepped into a door window beside me...that’s when I noticed there really were red lights around the windows. Then I also noticed a few adult themed shops and museums as well as more girls in windows. 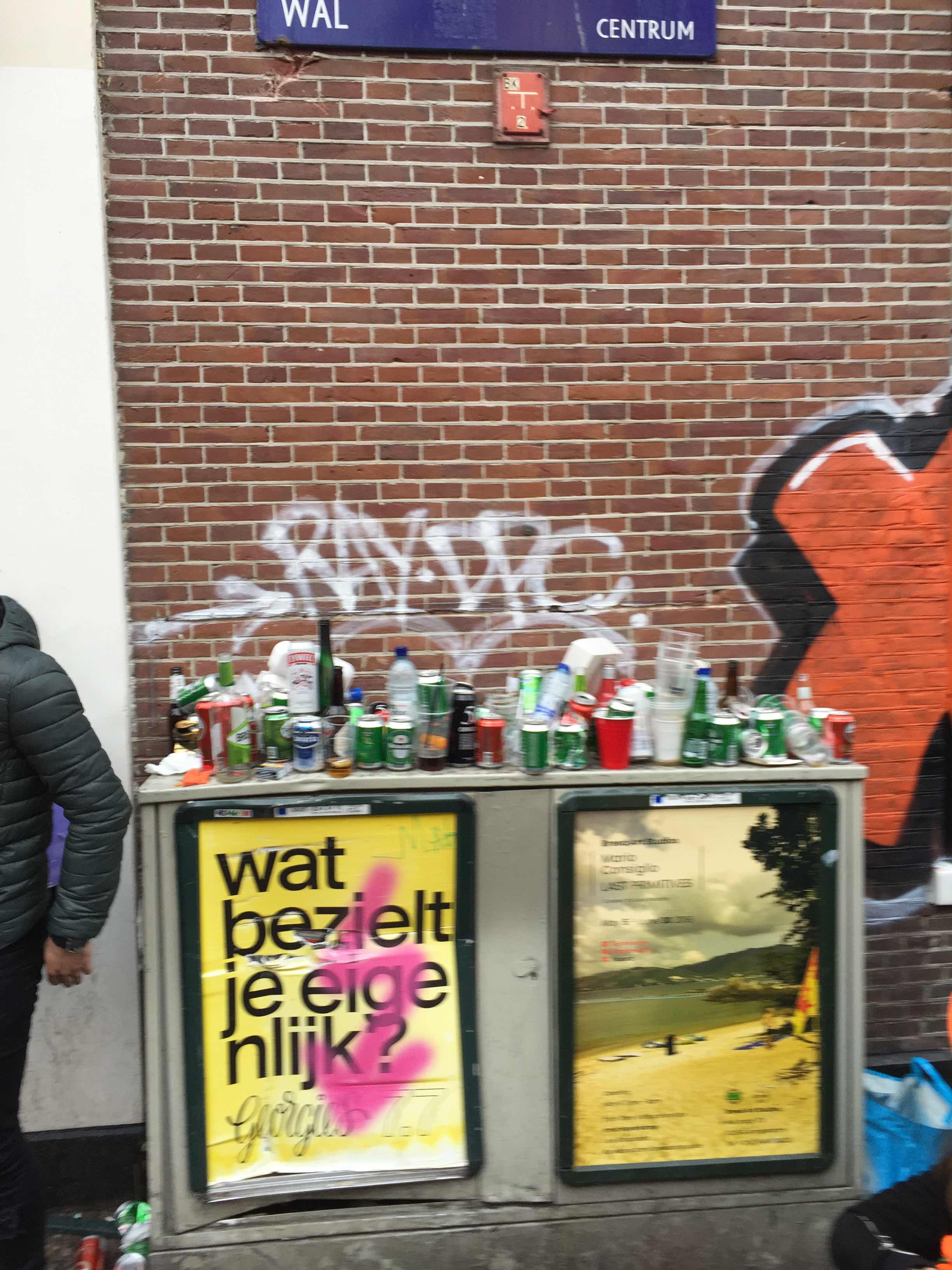 The partiers got wilder as the day grew older. Footsore, we decided to head back to our hotel.

What an awesome day. 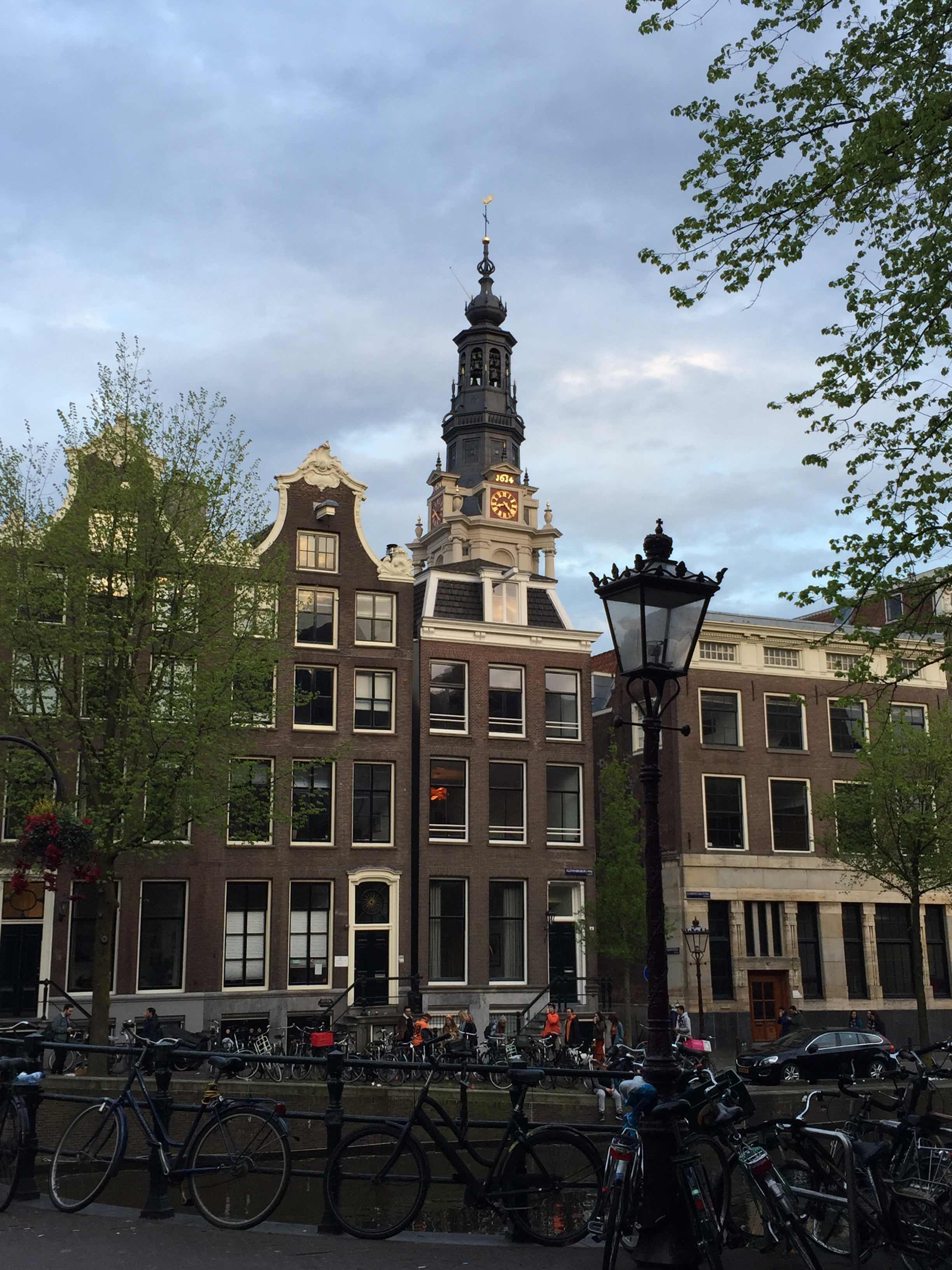