I Will Survive- Hiking up Holy Mountain (Heiligenberg)

It’s official. Graham was trying to kill me.

After his early morning class, we packed a lunch and headed on a hike to the top of the Holy Mountain (Heiligenberg). 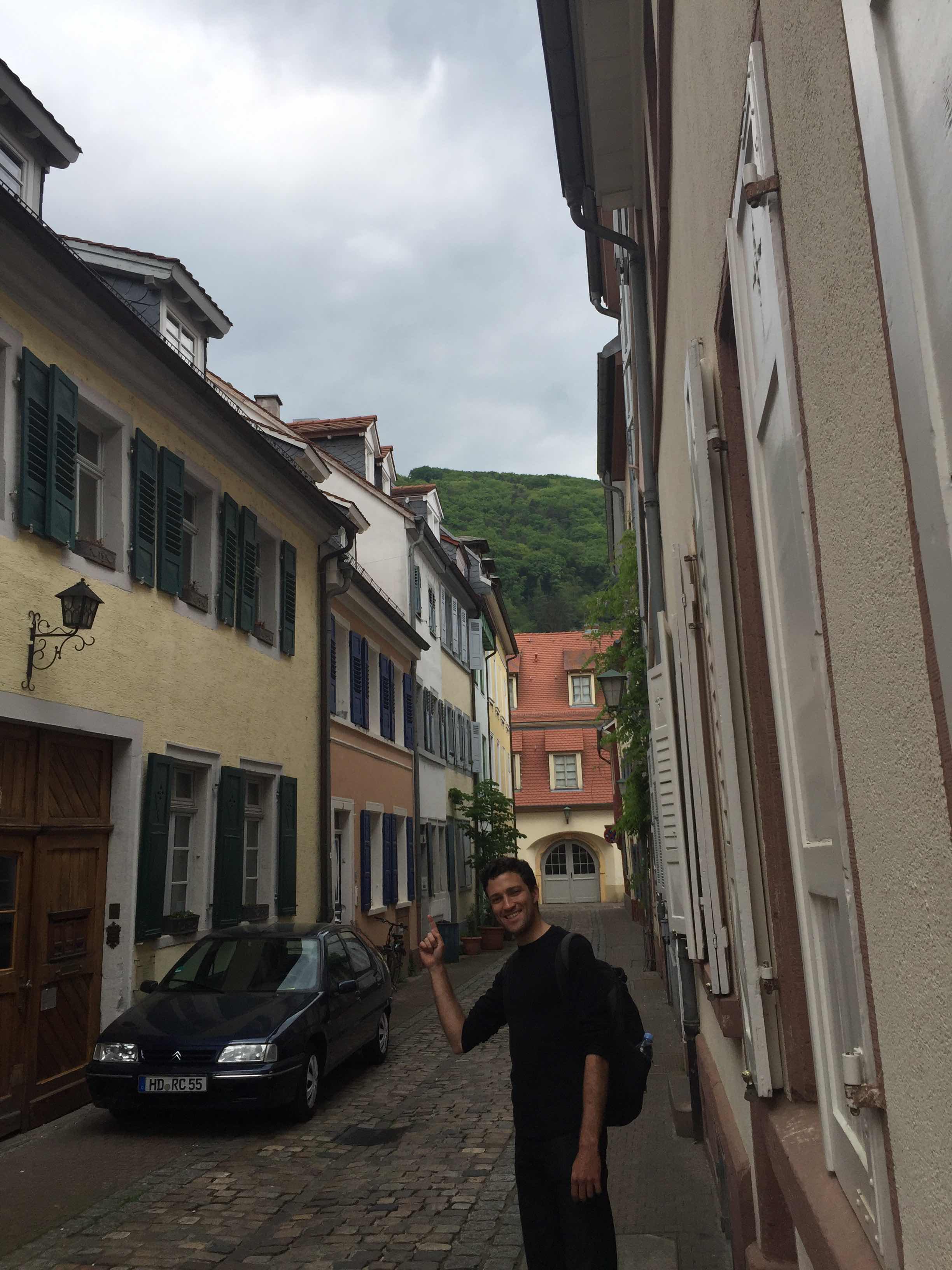 You can see Graham gleefully pointing to the top of the mountain from his street. 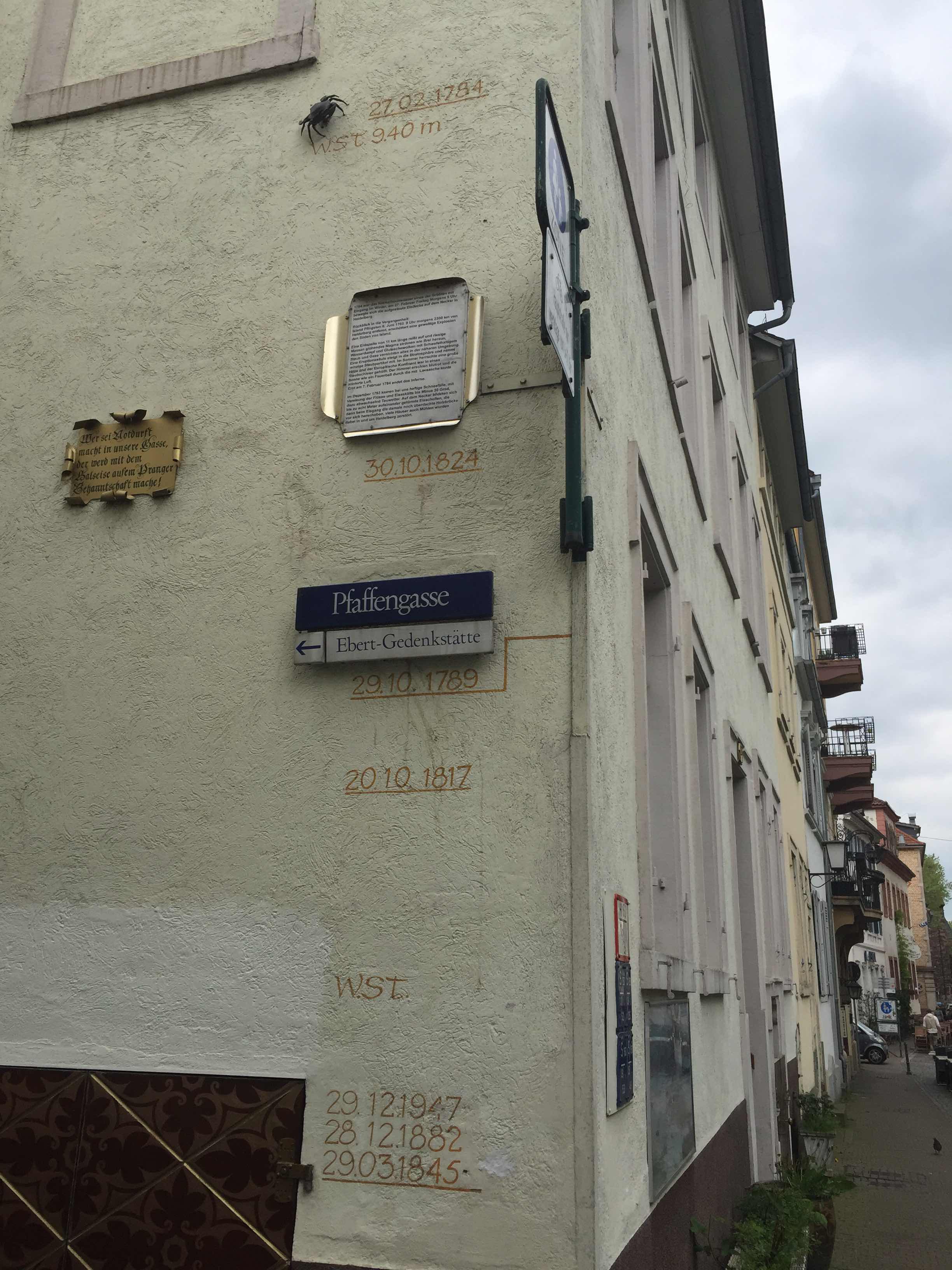 Walking through the town, we stopped to check out an indicator of the flood water heights on certain years. 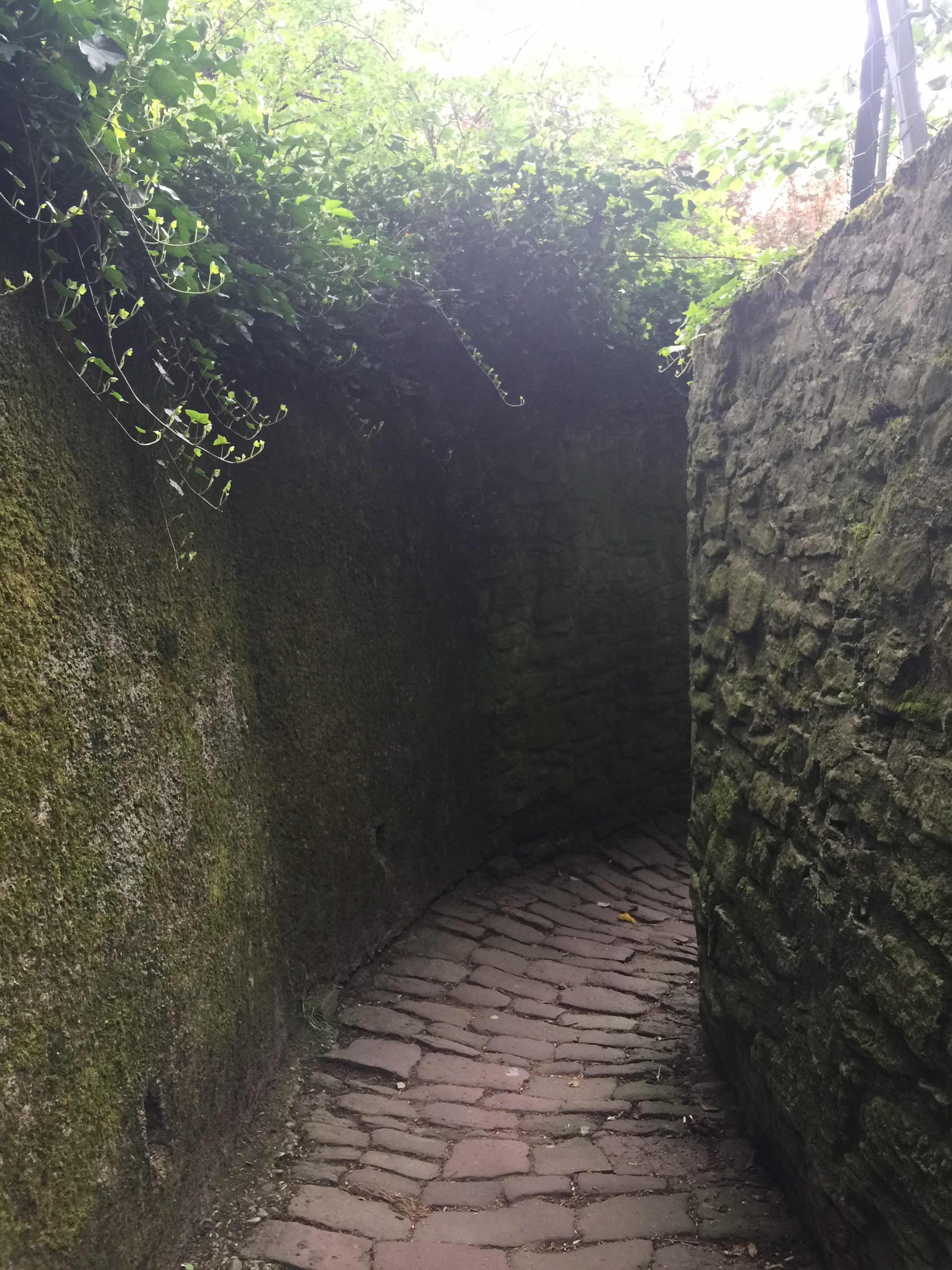 The trek up the mountain was steep...very steep. The hike was accompanied by much complaining (on my part). However the view was spectacular from the top. 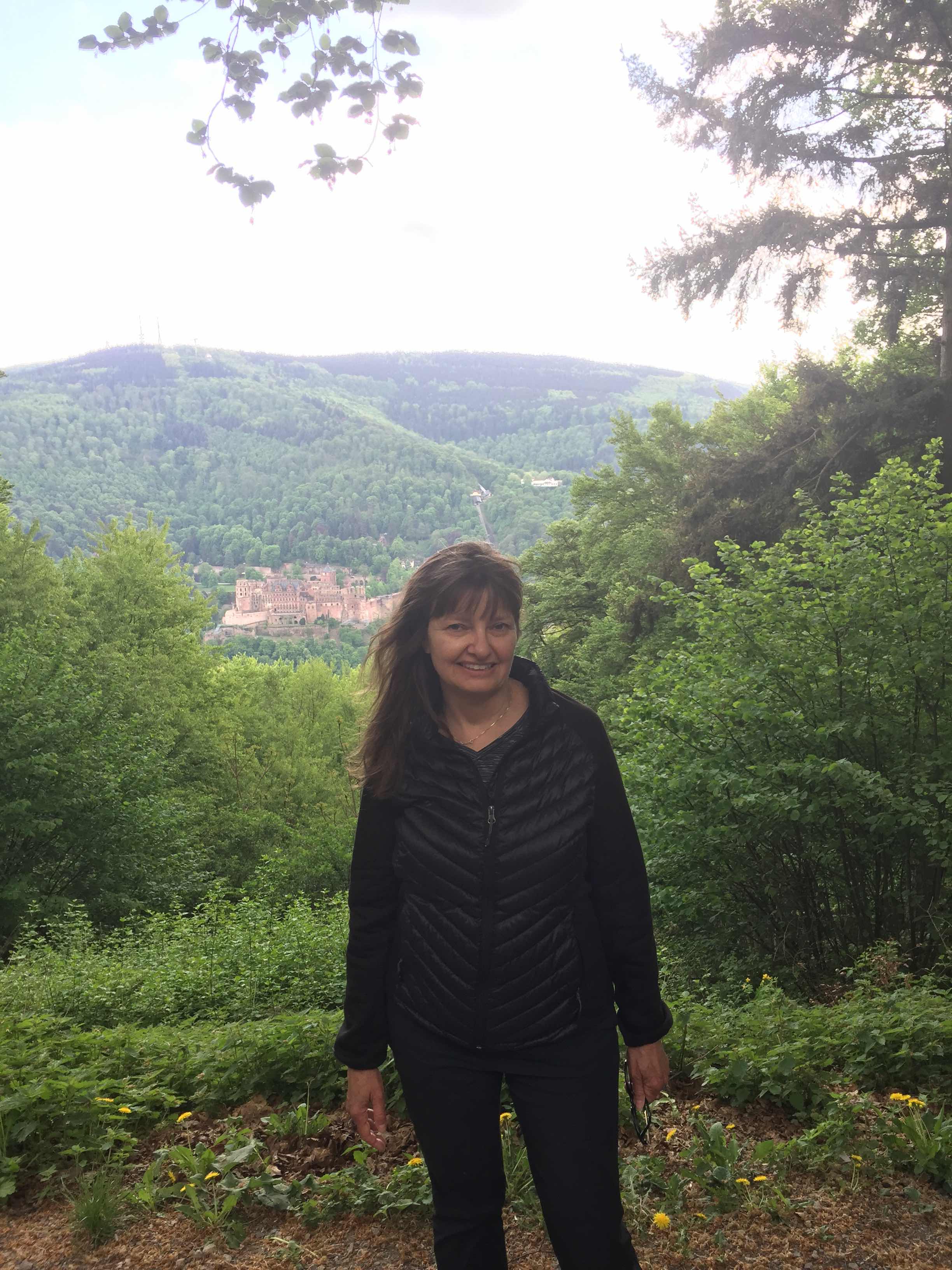 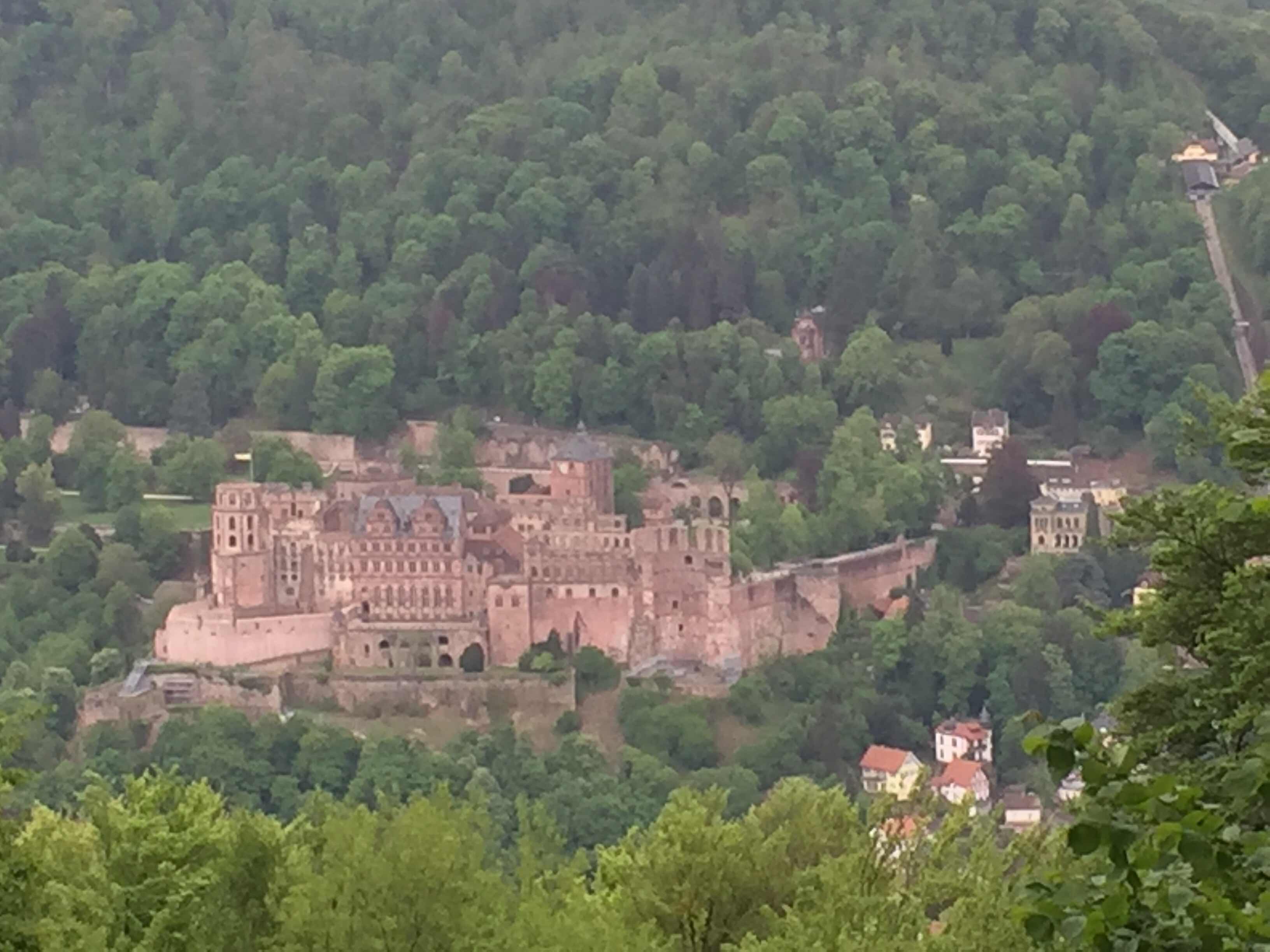 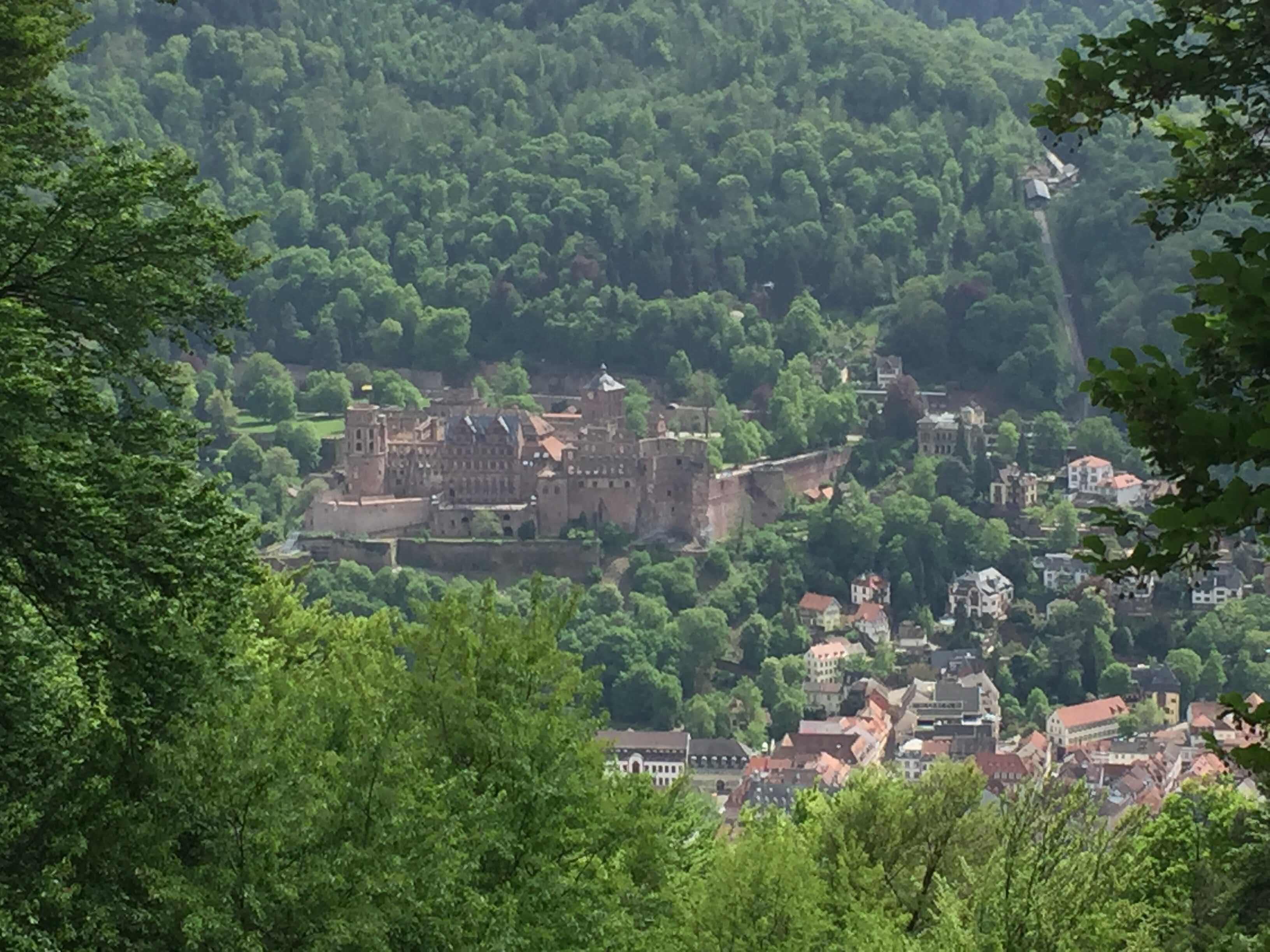 We first checked out the pagan hole. They thought that the hole went all the way to hell. Looking down into the depths, I could understand why.

A few steps down the road was the ruins of a cloister built in 1094. The views of Heidelberg were spectacular and even better from on top of the tower. 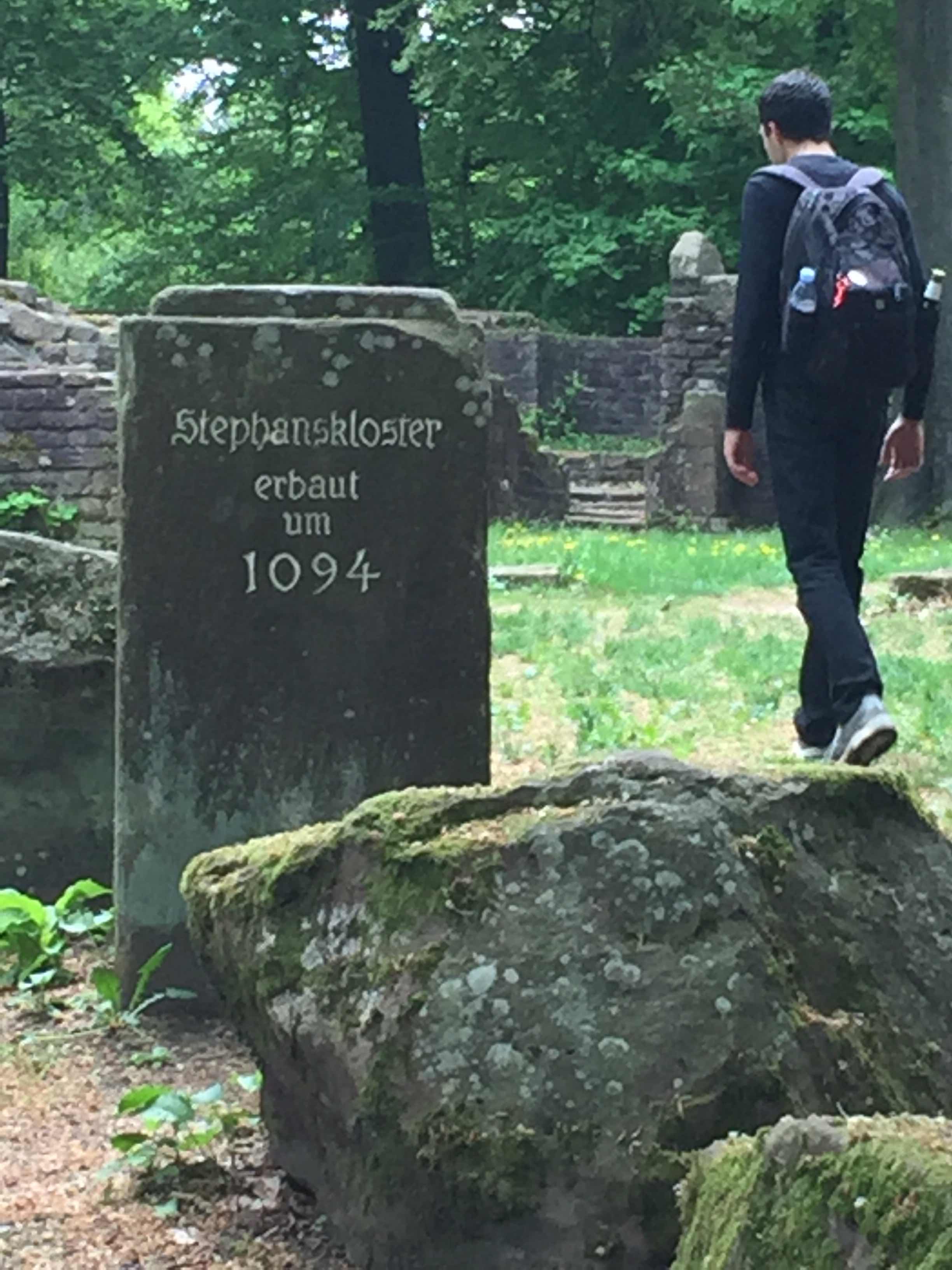 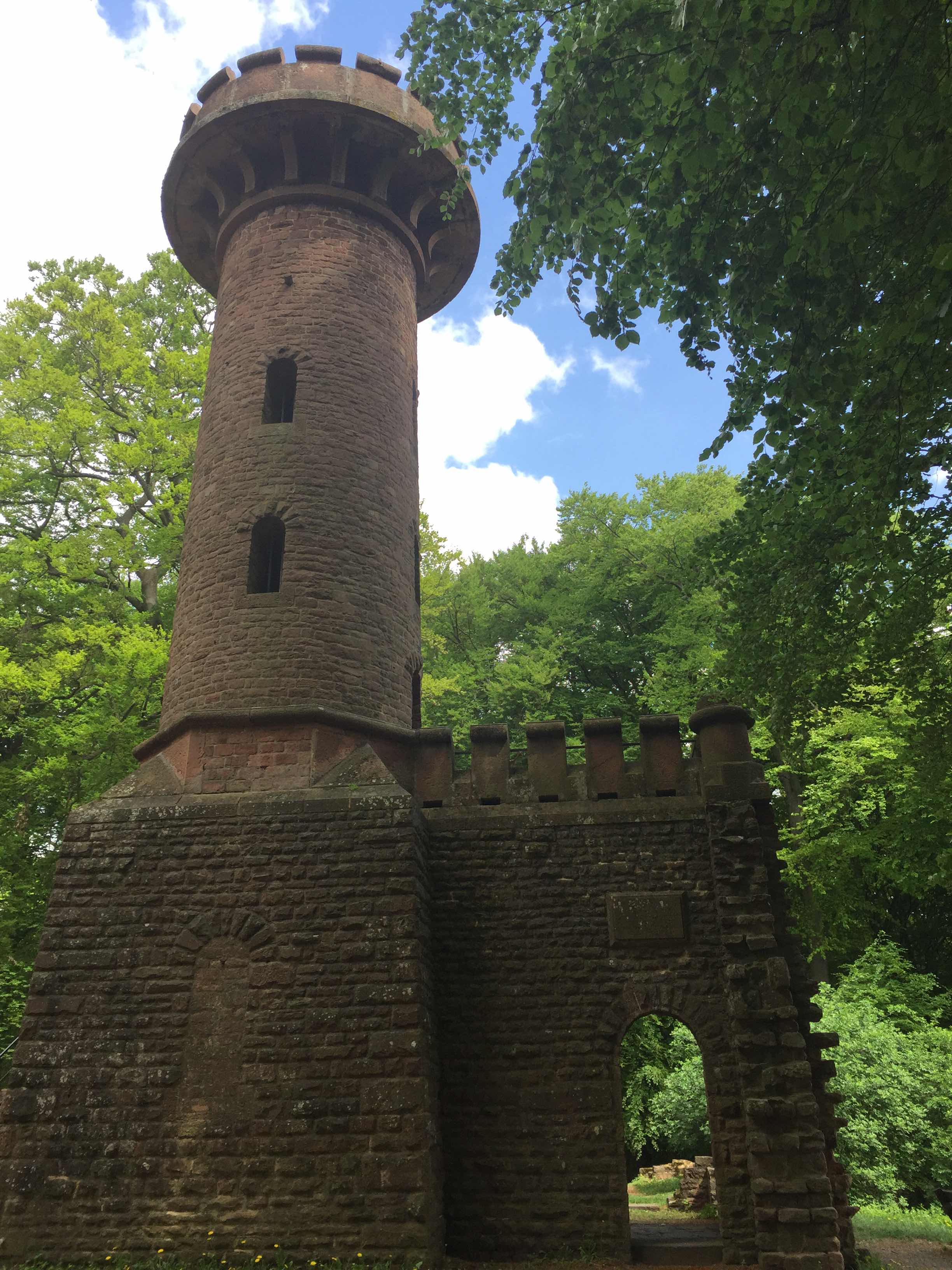 A short walk away was an amphitheater built by the third Reich. We had been there in October when it was raining and shrouded in fog. This time it was easier to see but it didn’t have the same atmosphere. 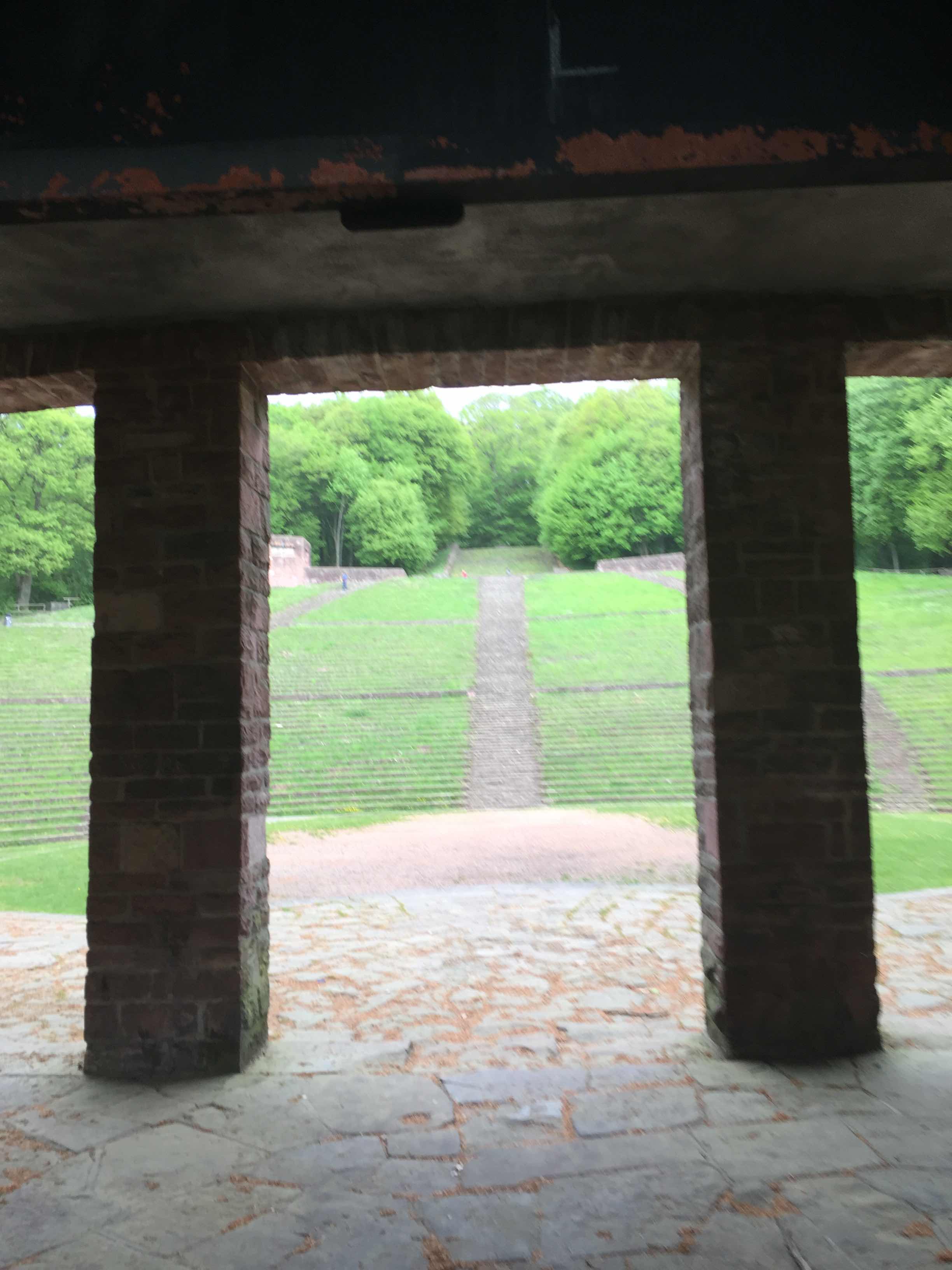 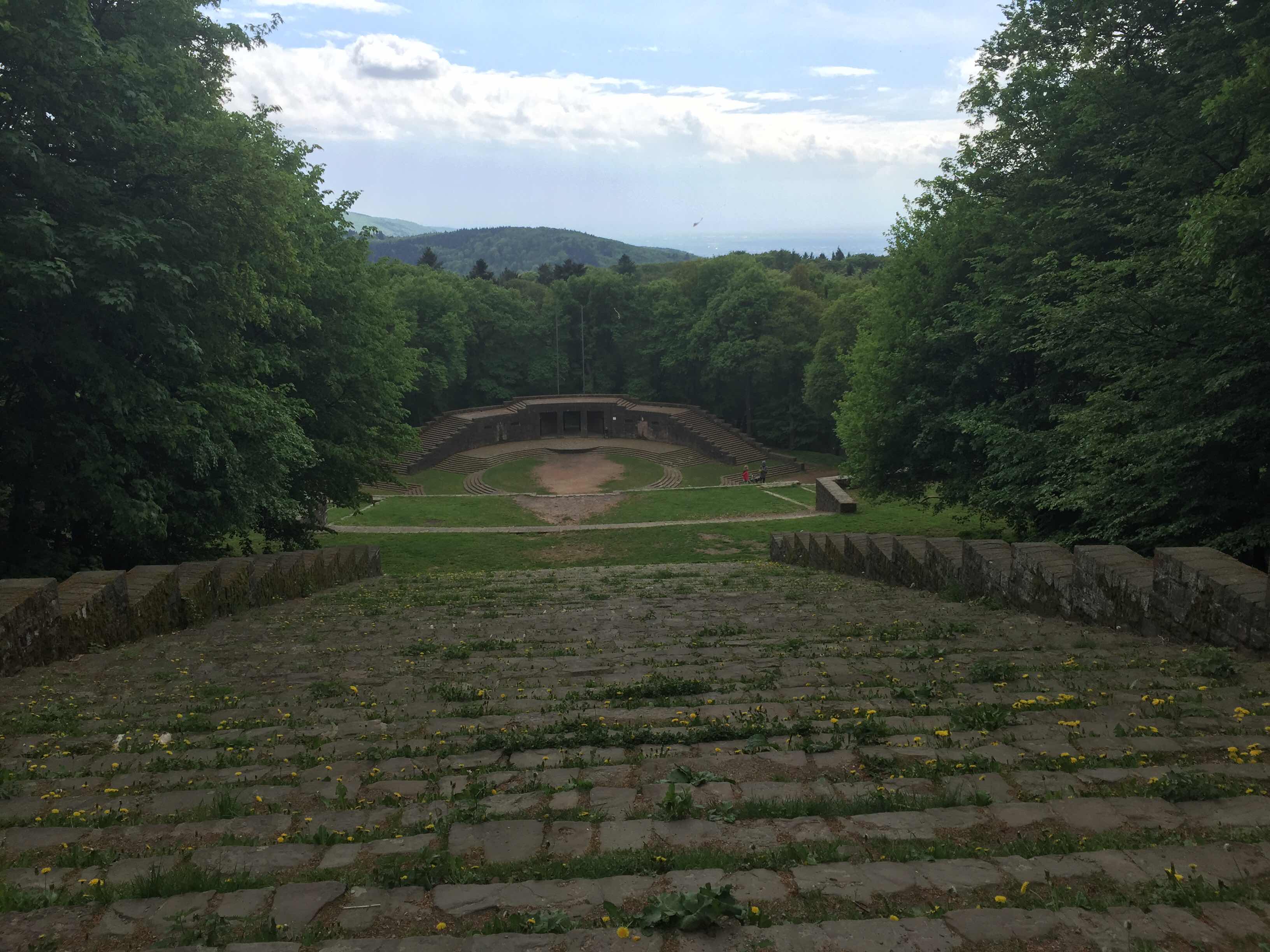 Our final stop was the medieval ruins of St Michael’s Cloisters, also visited in October. We had a much clearer view this time around. 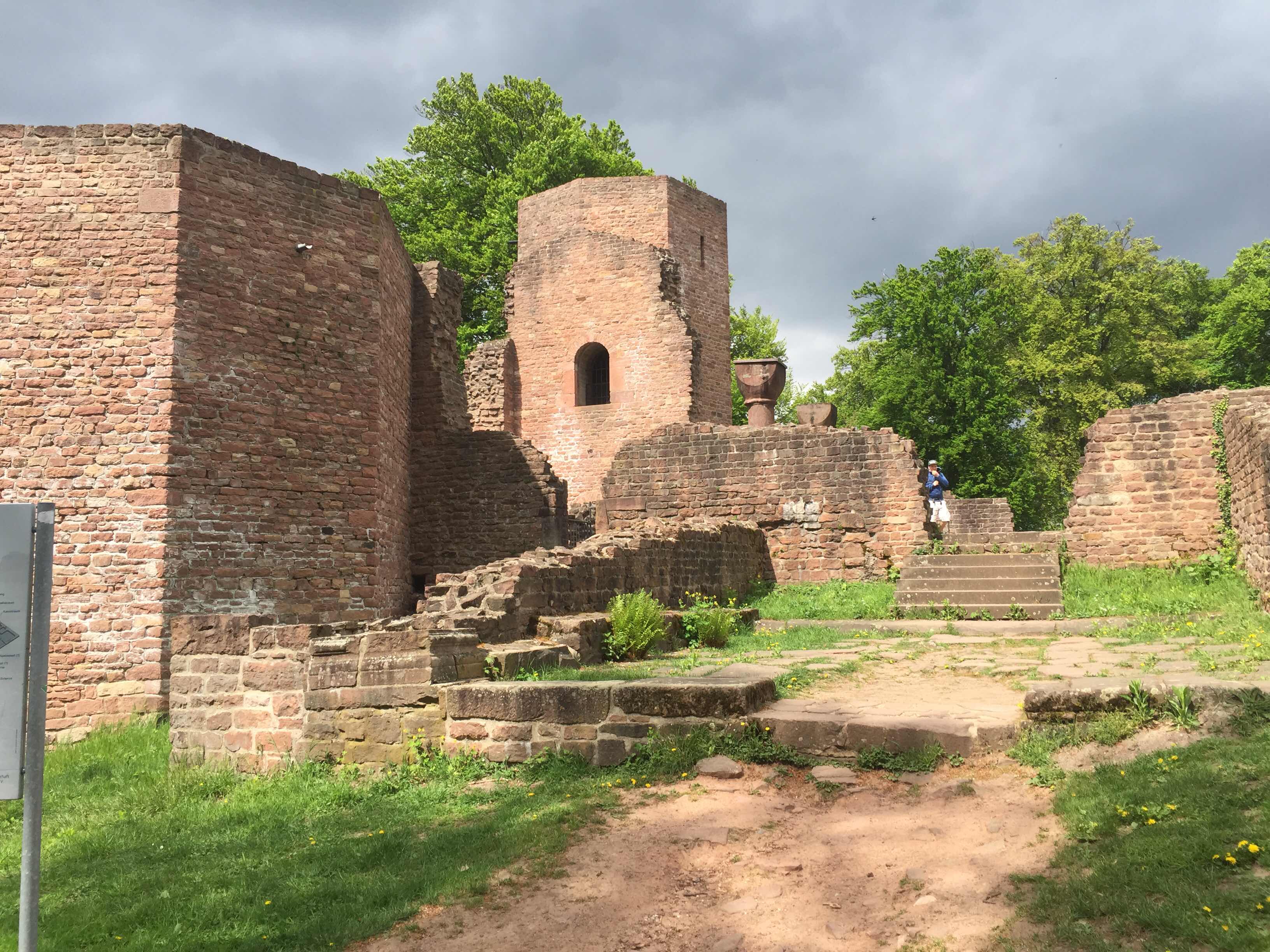 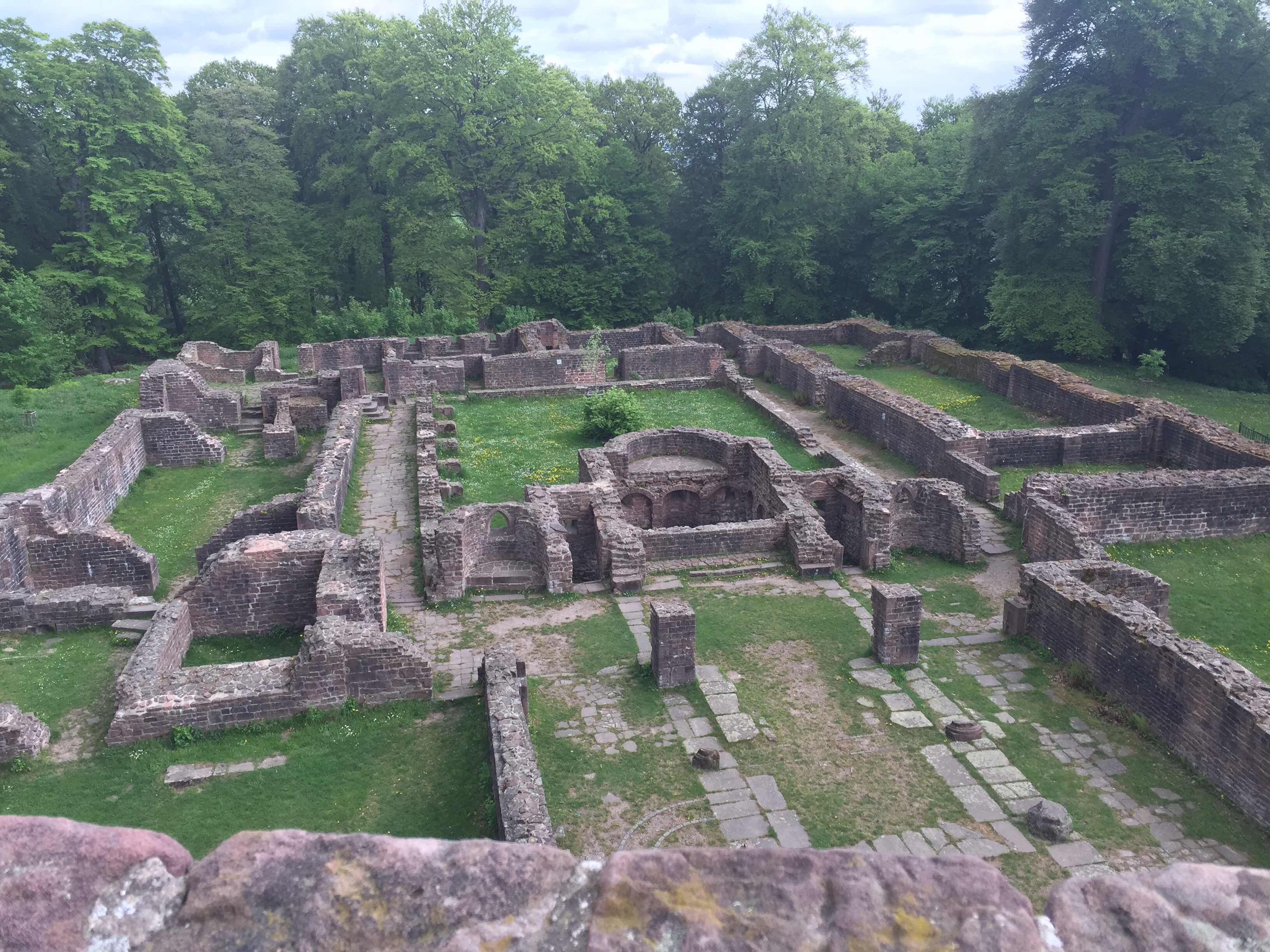 The trip down the mountain was much easier and quicker than up. The wisteria which are in full bloom were stunning. 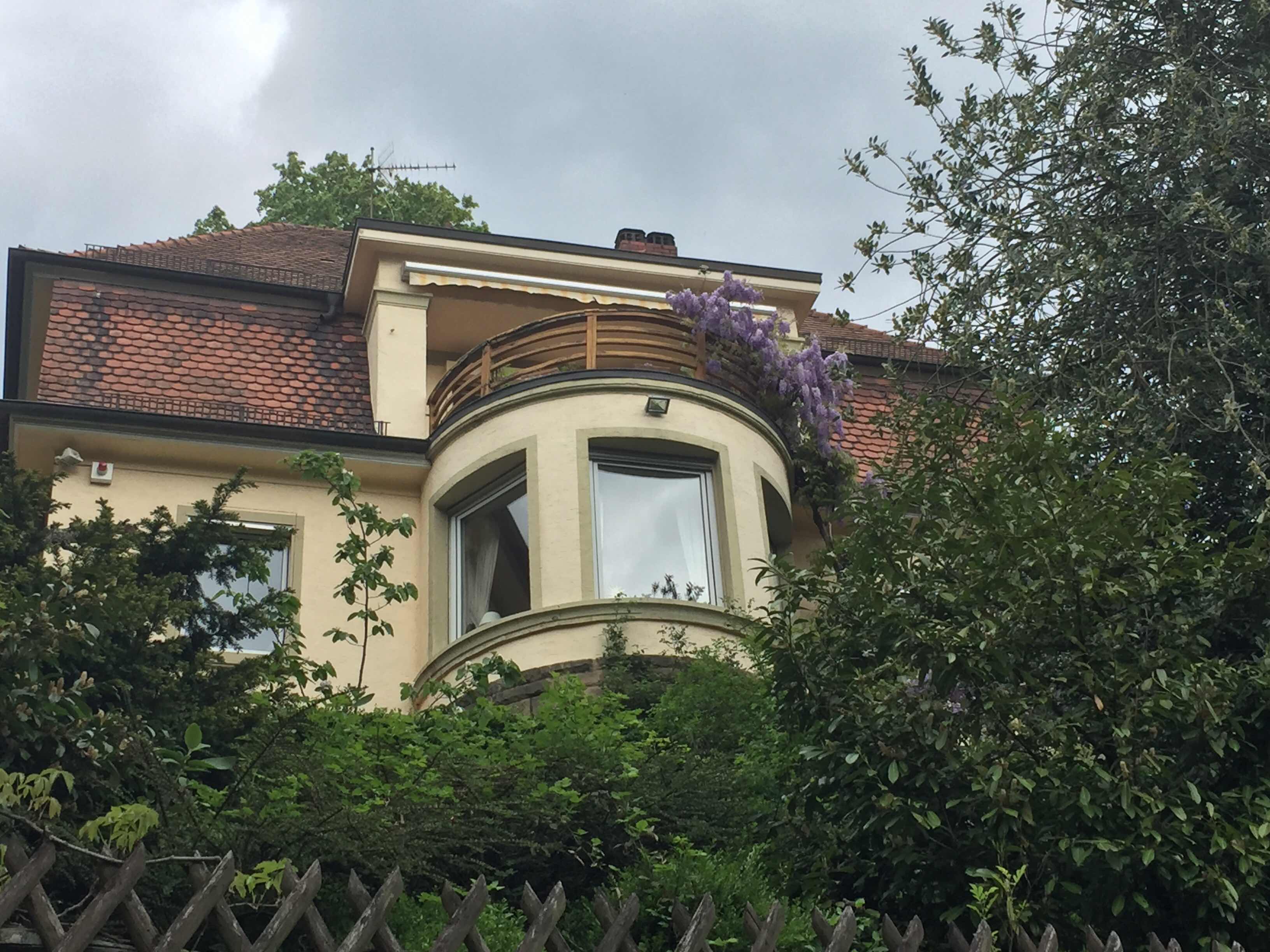 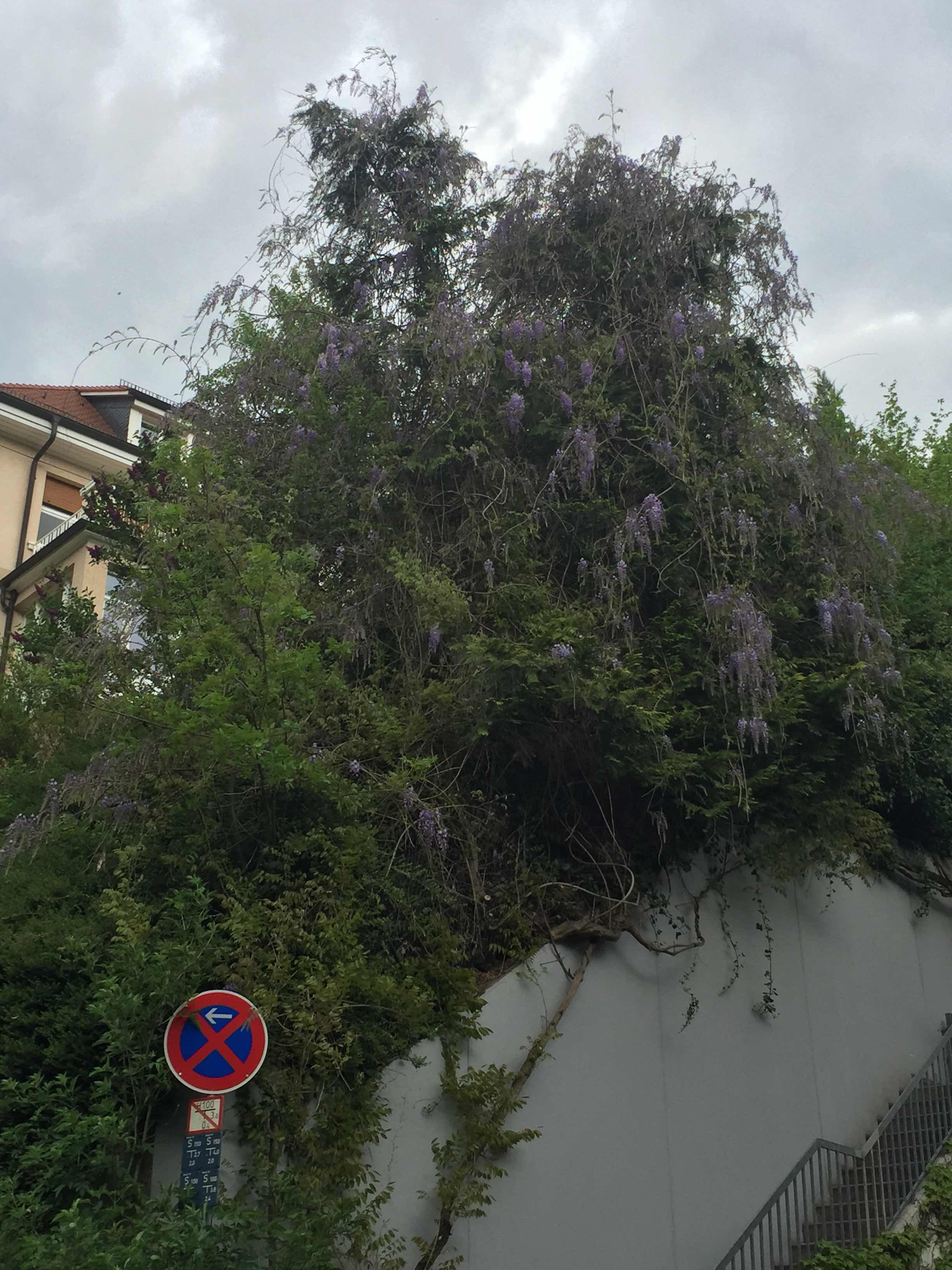 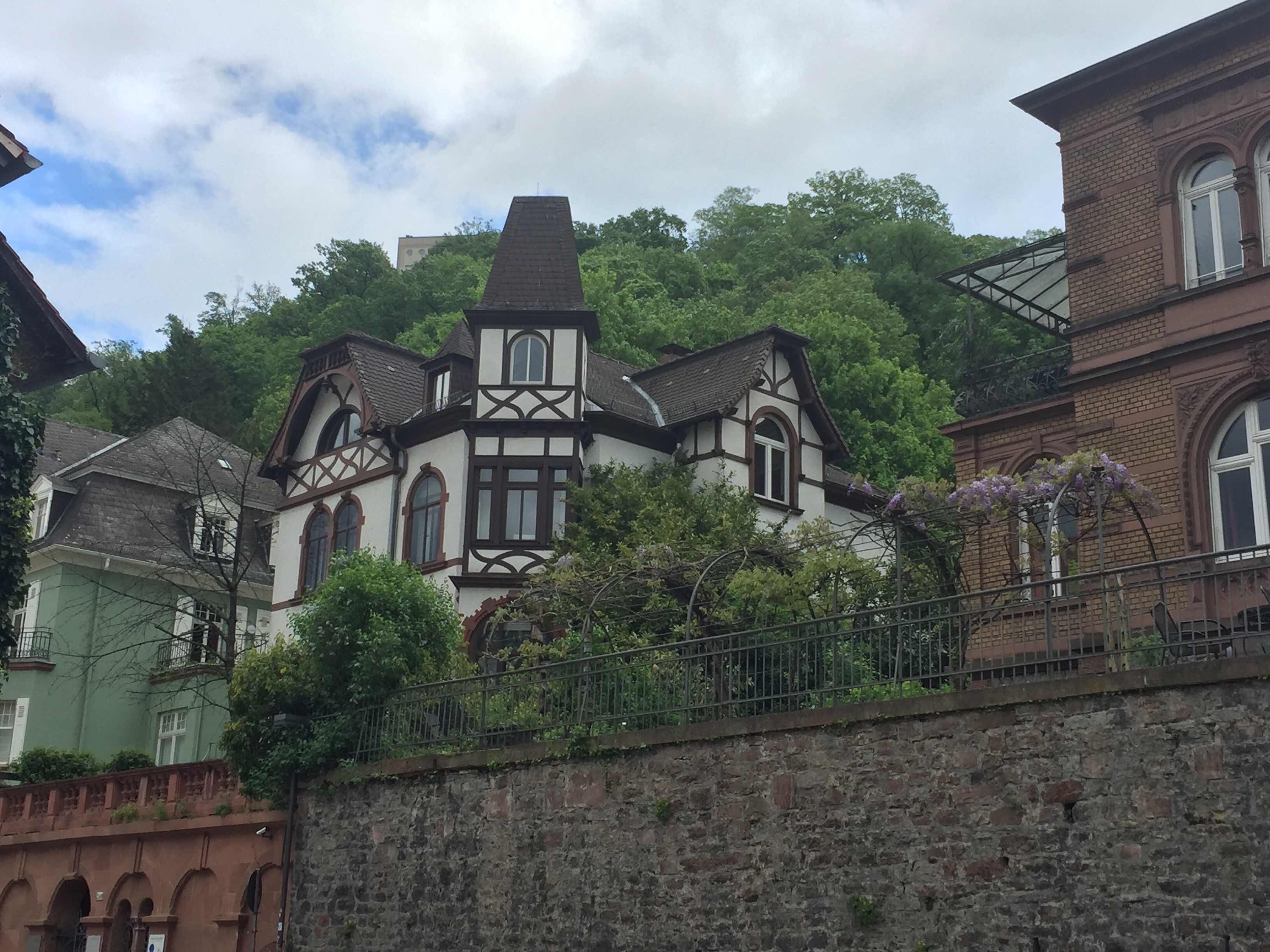 Back in town, we visited the old Lutheran church and the Jesuit church. 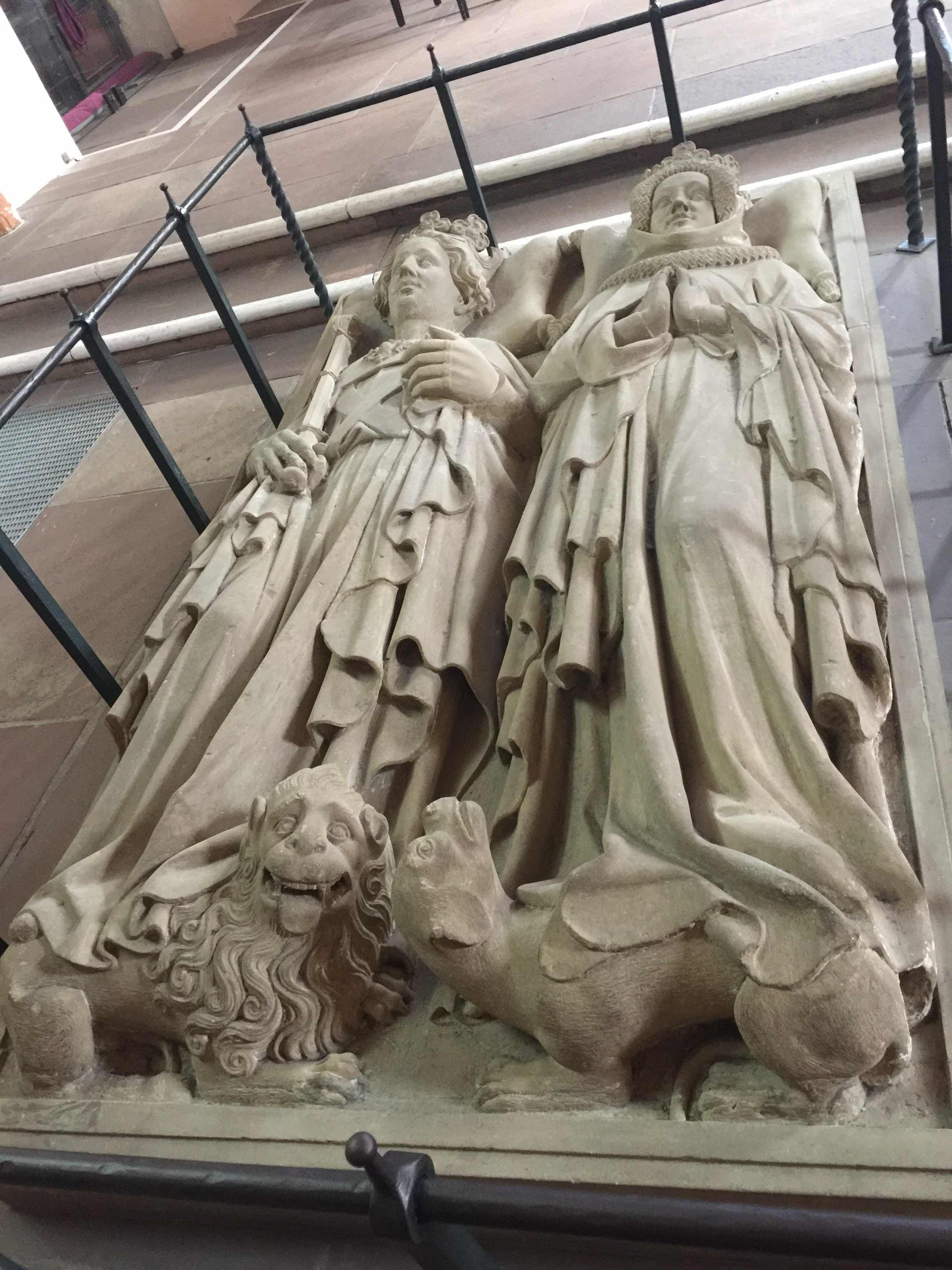 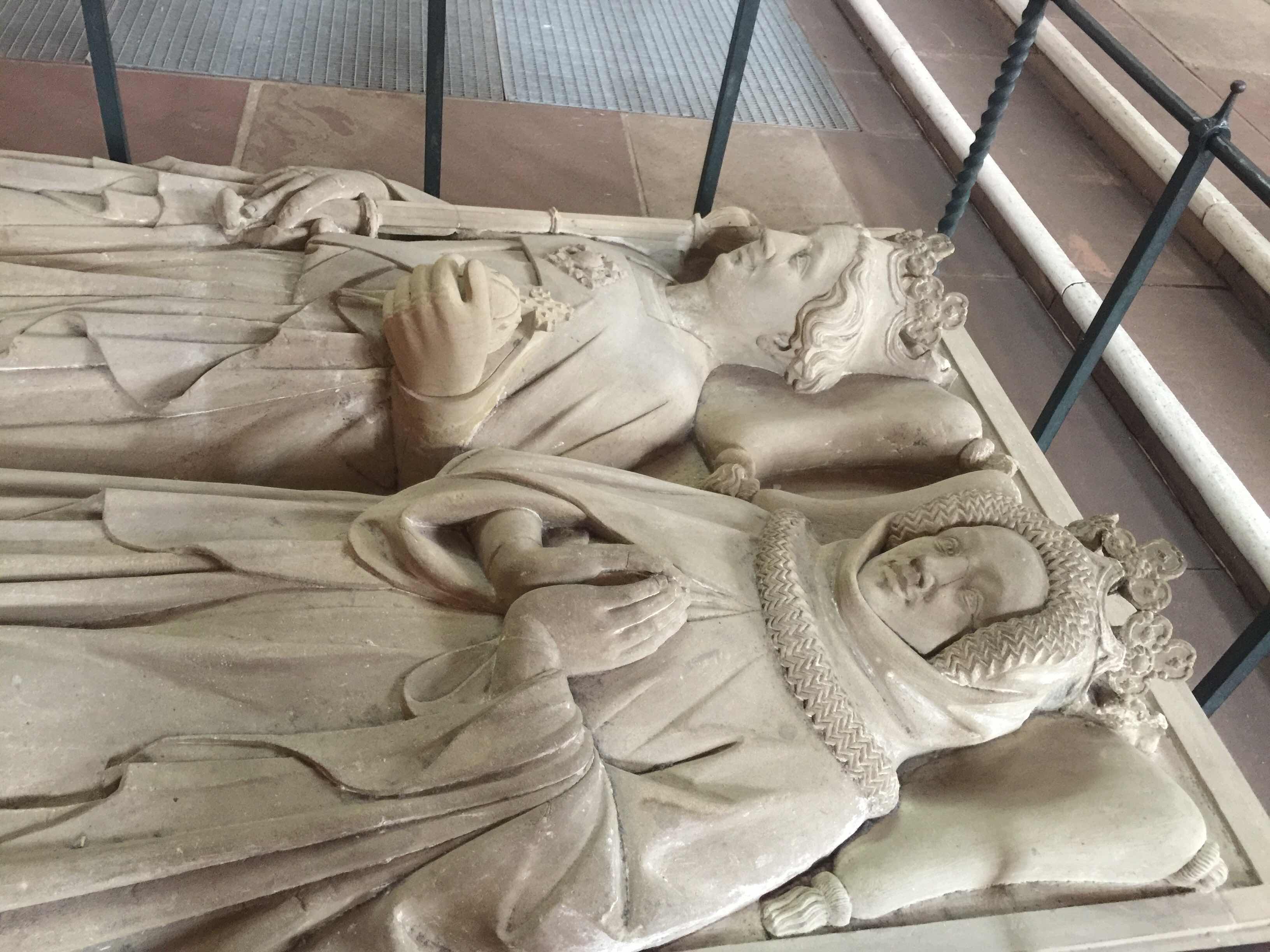 Our final stop was the student jail used from 1712 to 1914. From the time it was founded, Heidelberg University had legal control over its students. If the students were found breaking the law, they were turned over to the university for punishment...jail time from a day to a month. Usually crimes consisted of drunkenness, lewd behaviour, noise etc. Soon it became a badge of honour to spend time in the student jail. 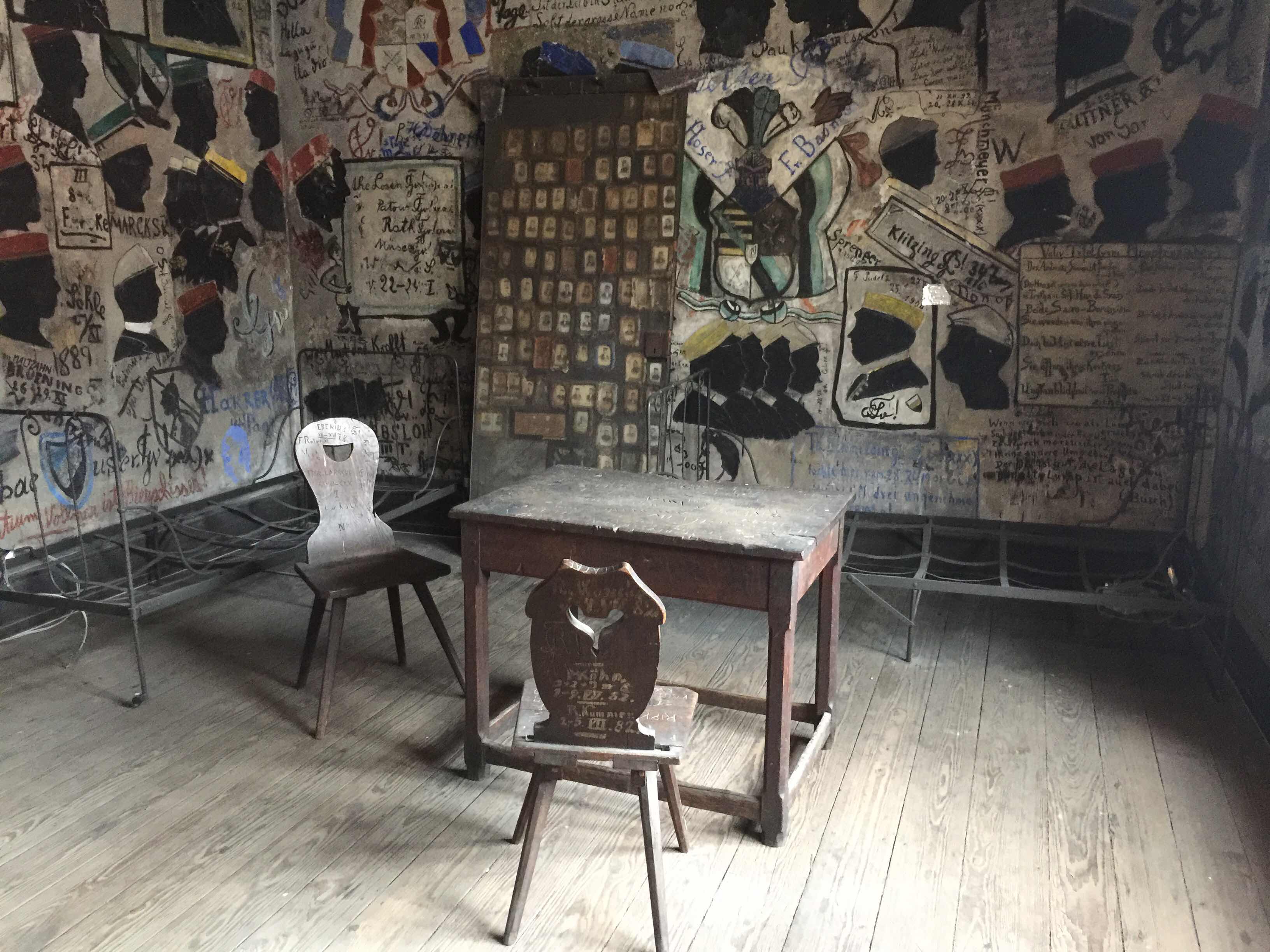 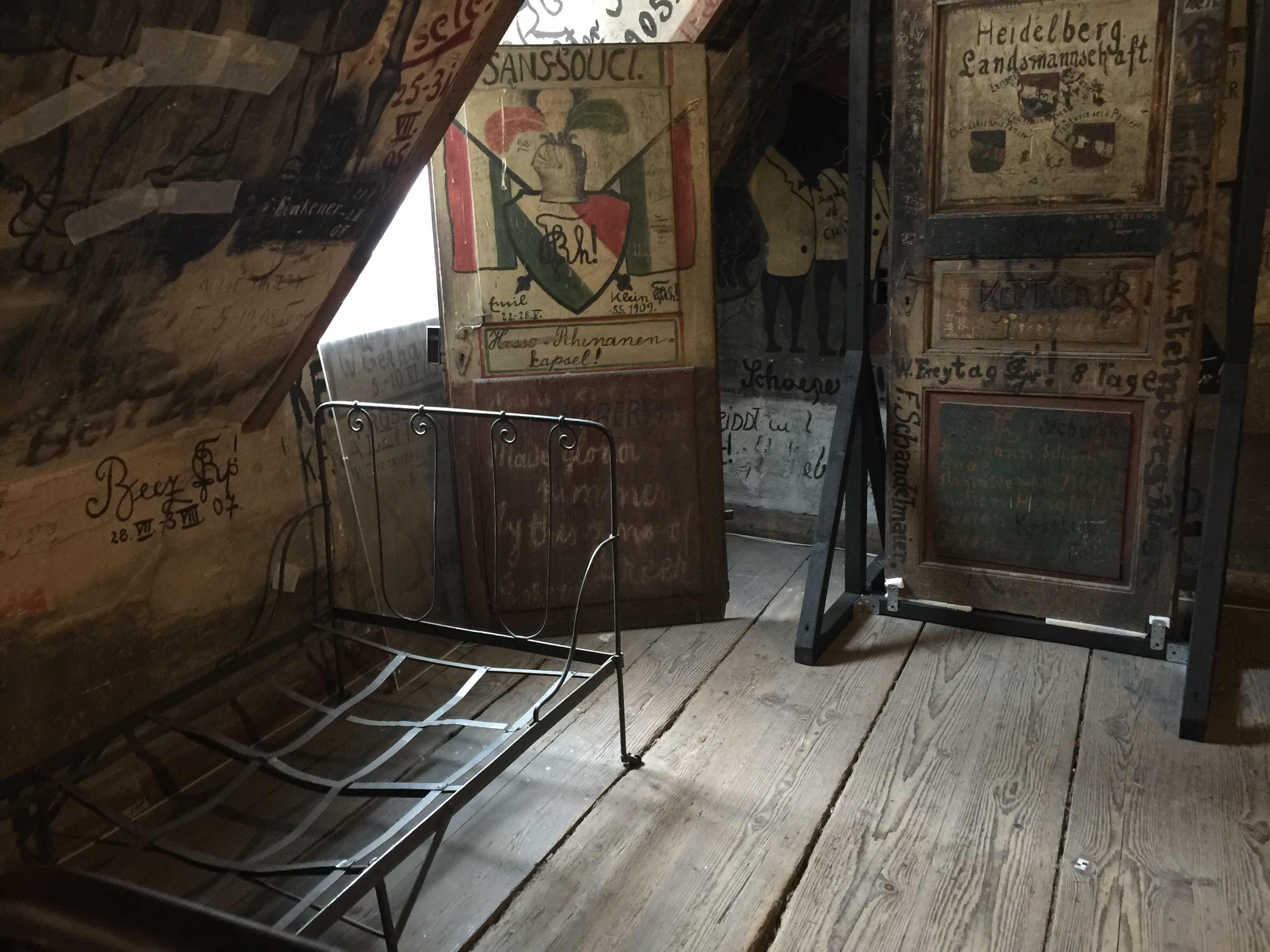 I had done my research and discovered on line that three stores in the area carried Mephistos and I also found a brochure advertising a Mephisto store within walking distance. 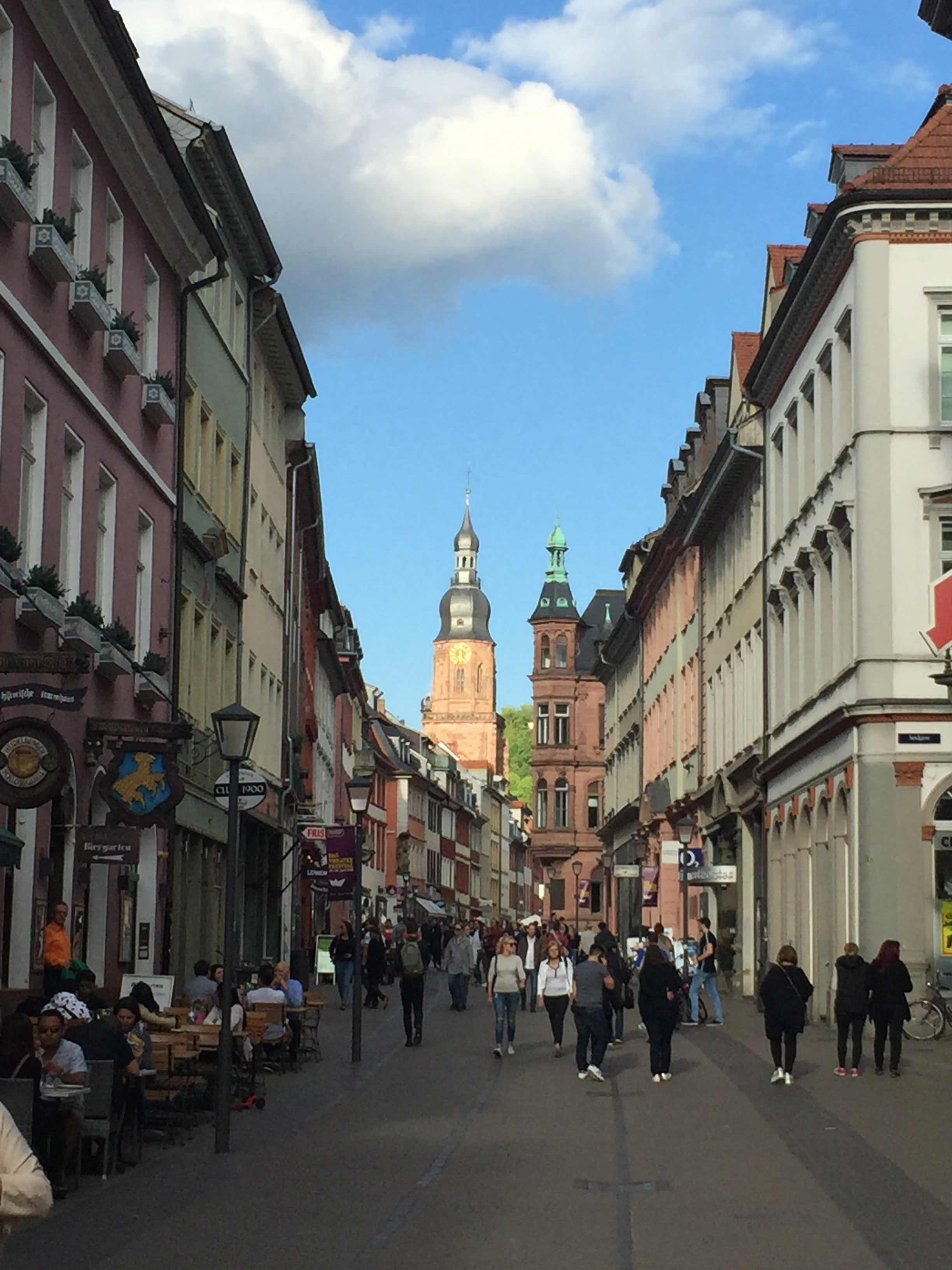 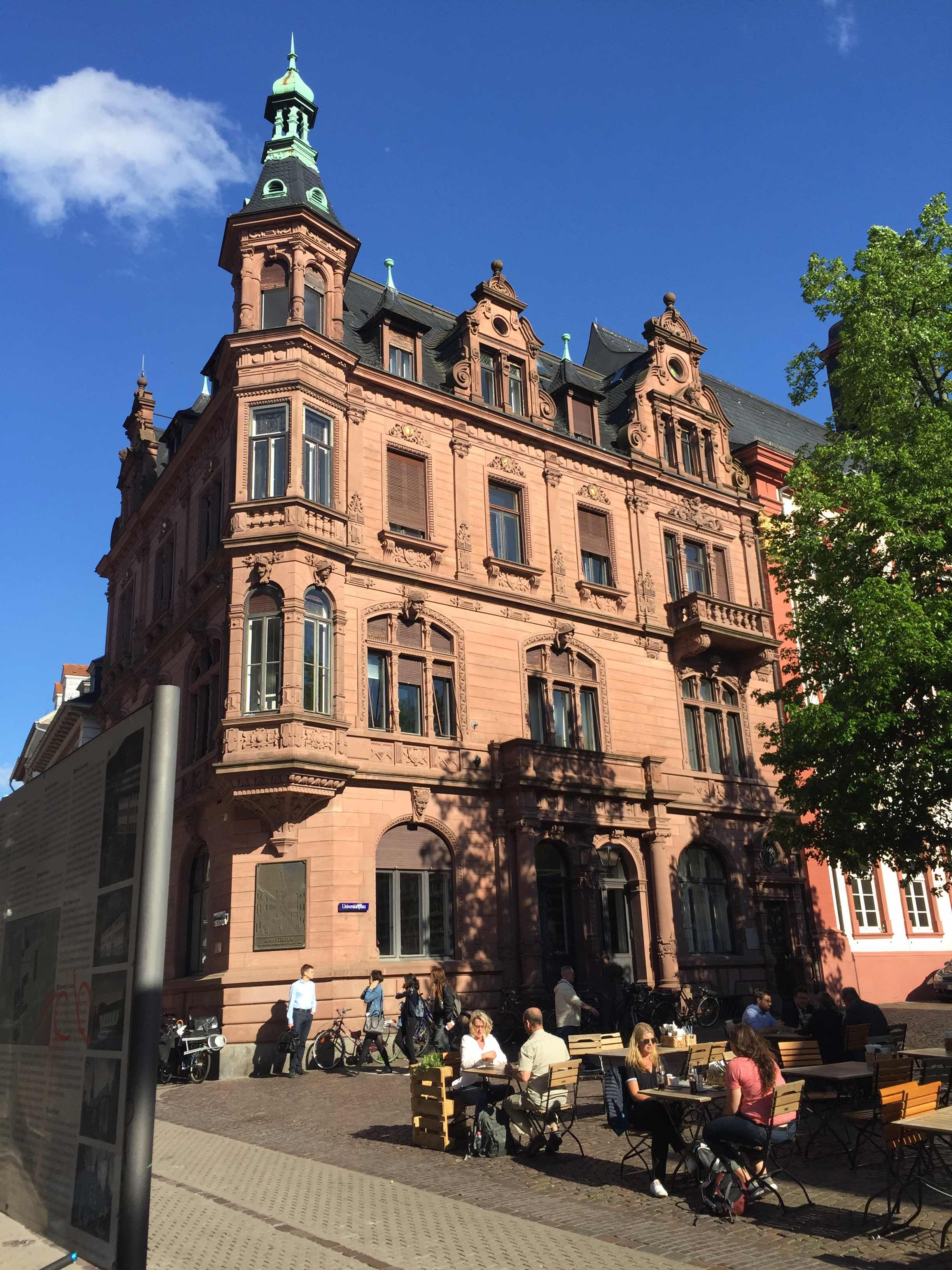 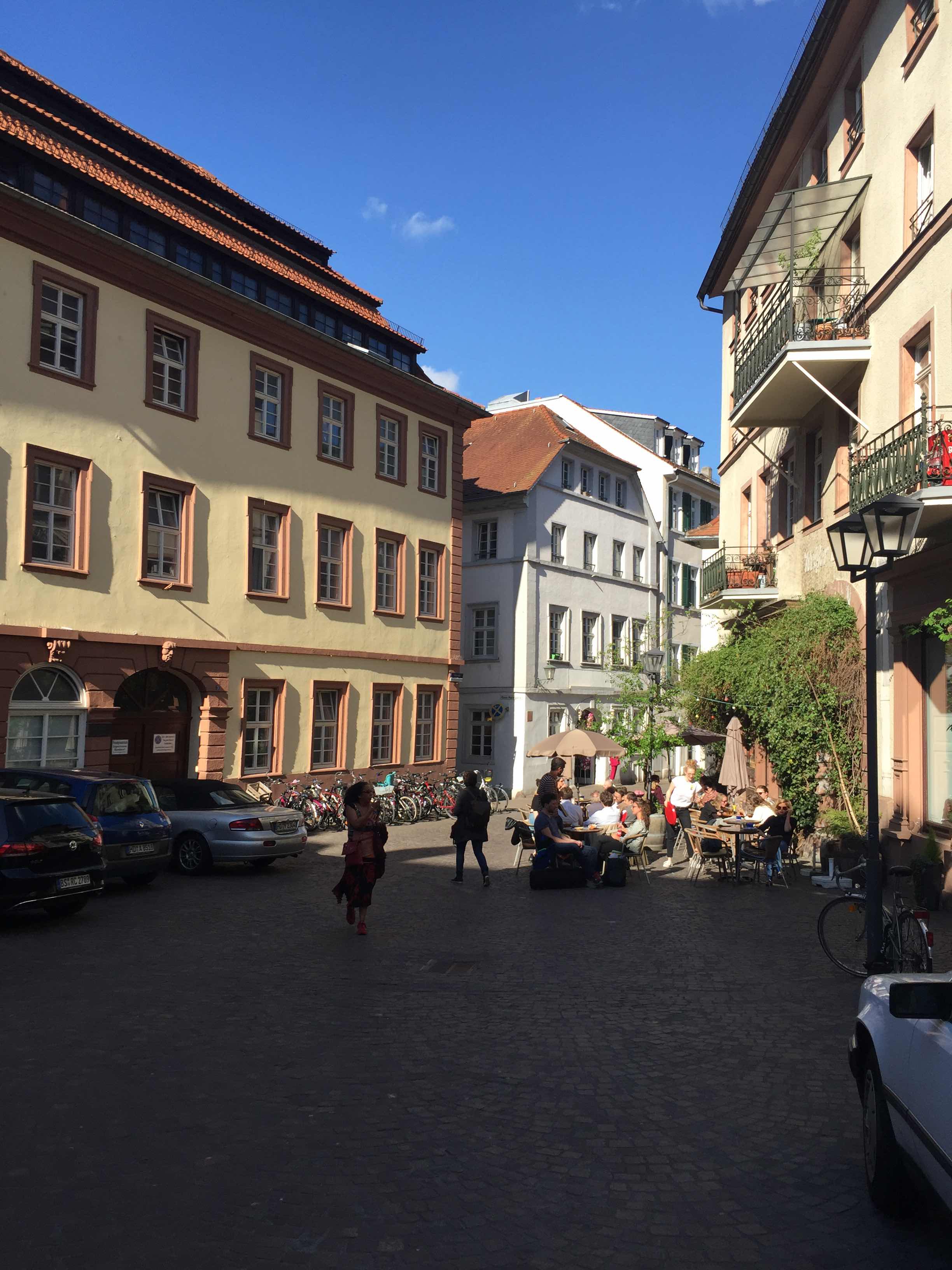 As soon as Graham headed to class, I went out on my mission in the bright afternoon sun. Alas none of those three stores did carry Mephistos. No worries, there was still the Mephisto store...which had gone out of business six months ago. Really!!!?! 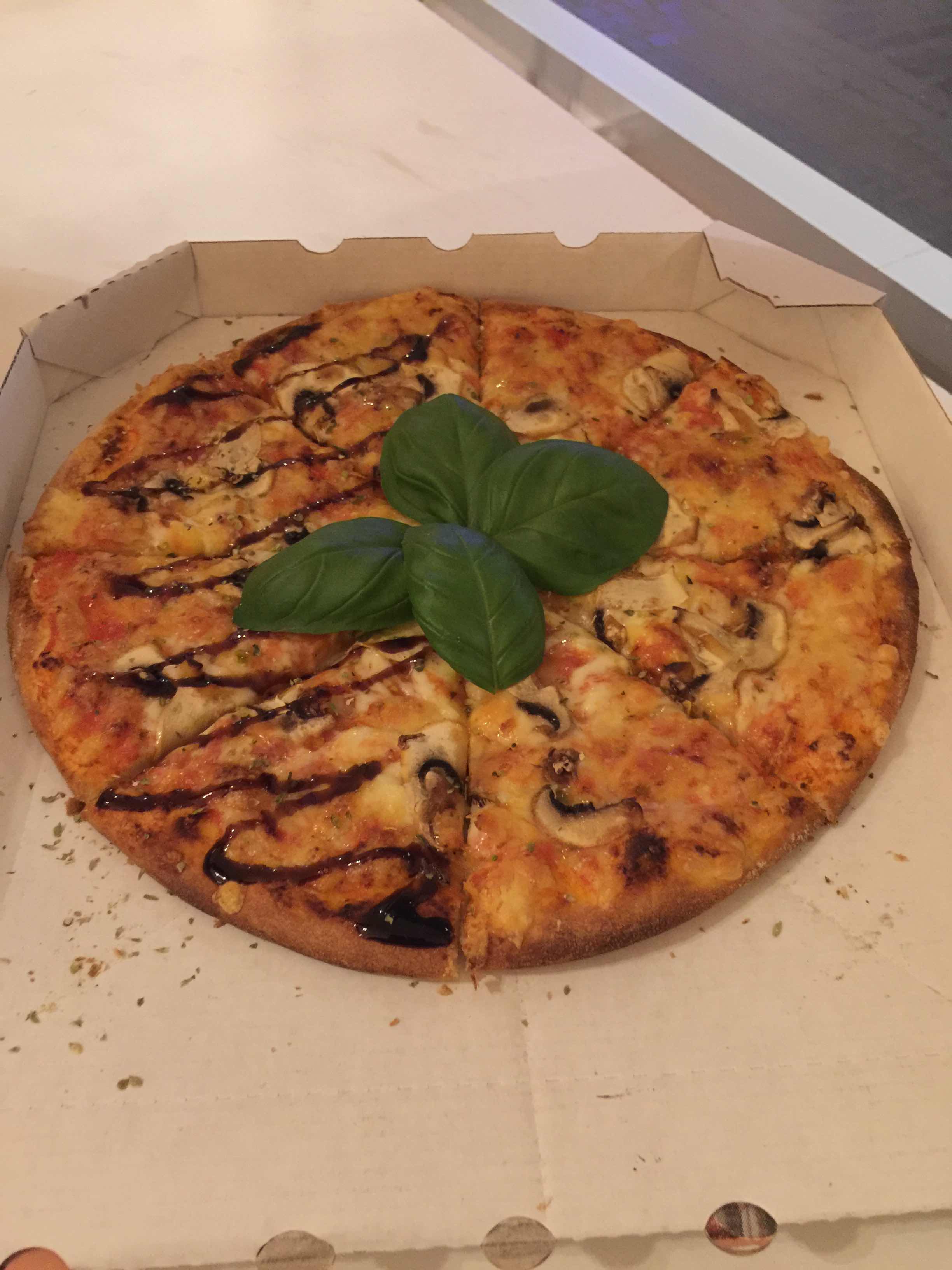 After Graham’s return, we went to a place that boasted serving the best pizza in town. They were right.

One last nighttime stroll and we called it a night.