Our gang met up at 6:30am for the hotel’s buffet breakfast. It was a mix of western and Asian breakfast food.

The sun made a brave attempt to shine through the haze of pollution.

Our tour consisted of thirty three people from The Greater Toronto area, Montreal, Winnipeg, Sudbury, Ottawa, And Niagara. Our group was made up of middle aged people , people in their twenties, a senior, one fourteen year old girl and a ten year old boy. 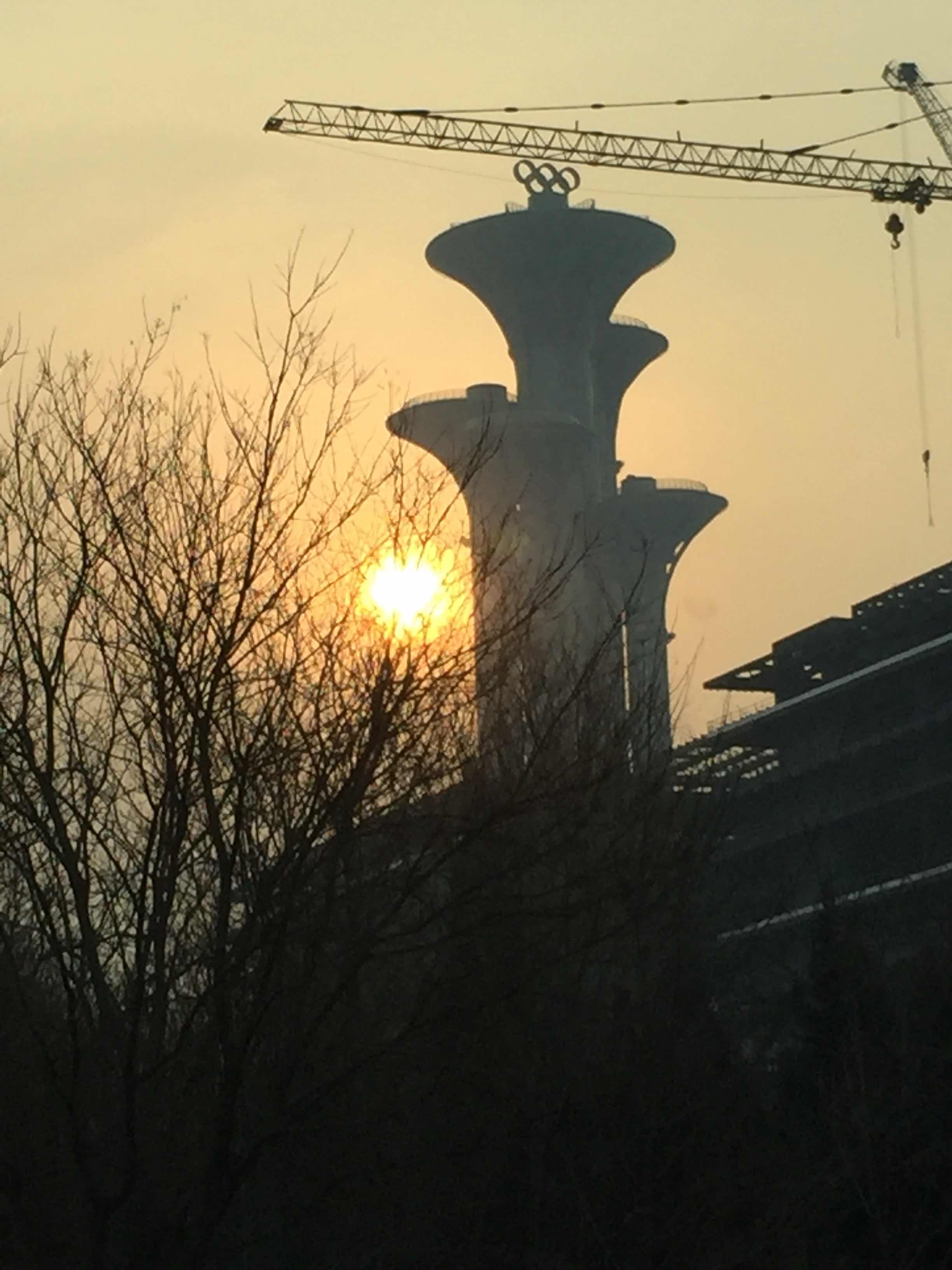 We got on our bus and made our way into the centre of Beijing, passing many of the past and future sites for the upcoming Olympics.

The guides are not allowed to use a microphone in the Forbidden City so upon exiting the bus we were all handed head sets. I didn’t

check where my volume button set and my eardrum almost blew out when Wendy started to speak. 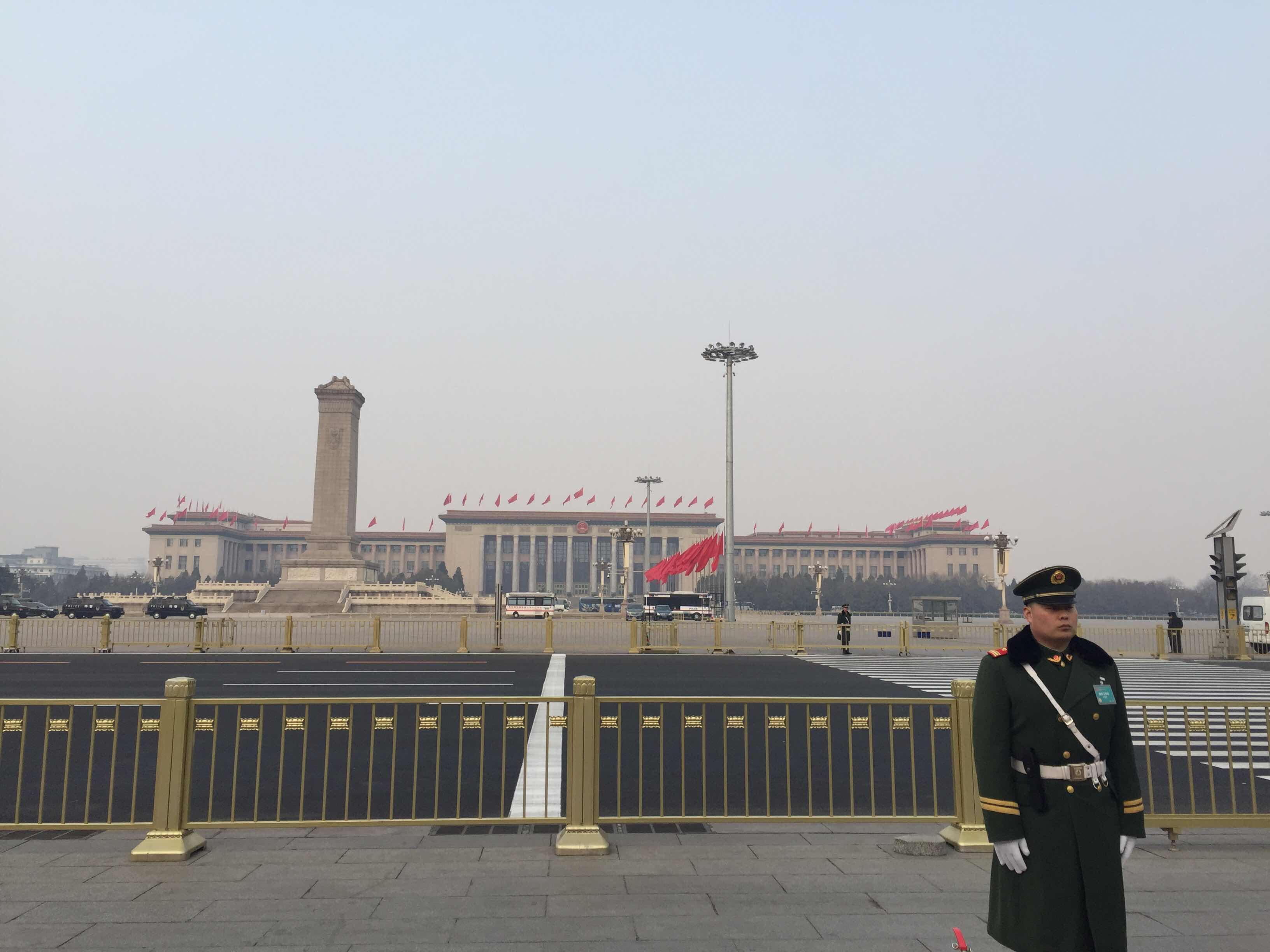 Our first stop was Tiananmen Square which is the largest city centre square in the world. The square is 44 hectares and can hold about one million people. We weren’t allowed to go in because there was a political event going on. That meant we also couldn’t see Mao’s mausoleum where his body is preserved and displayed under glass. We did see the very large portrait of him which presides over the square. Actually, it would’ve been hard to miss. 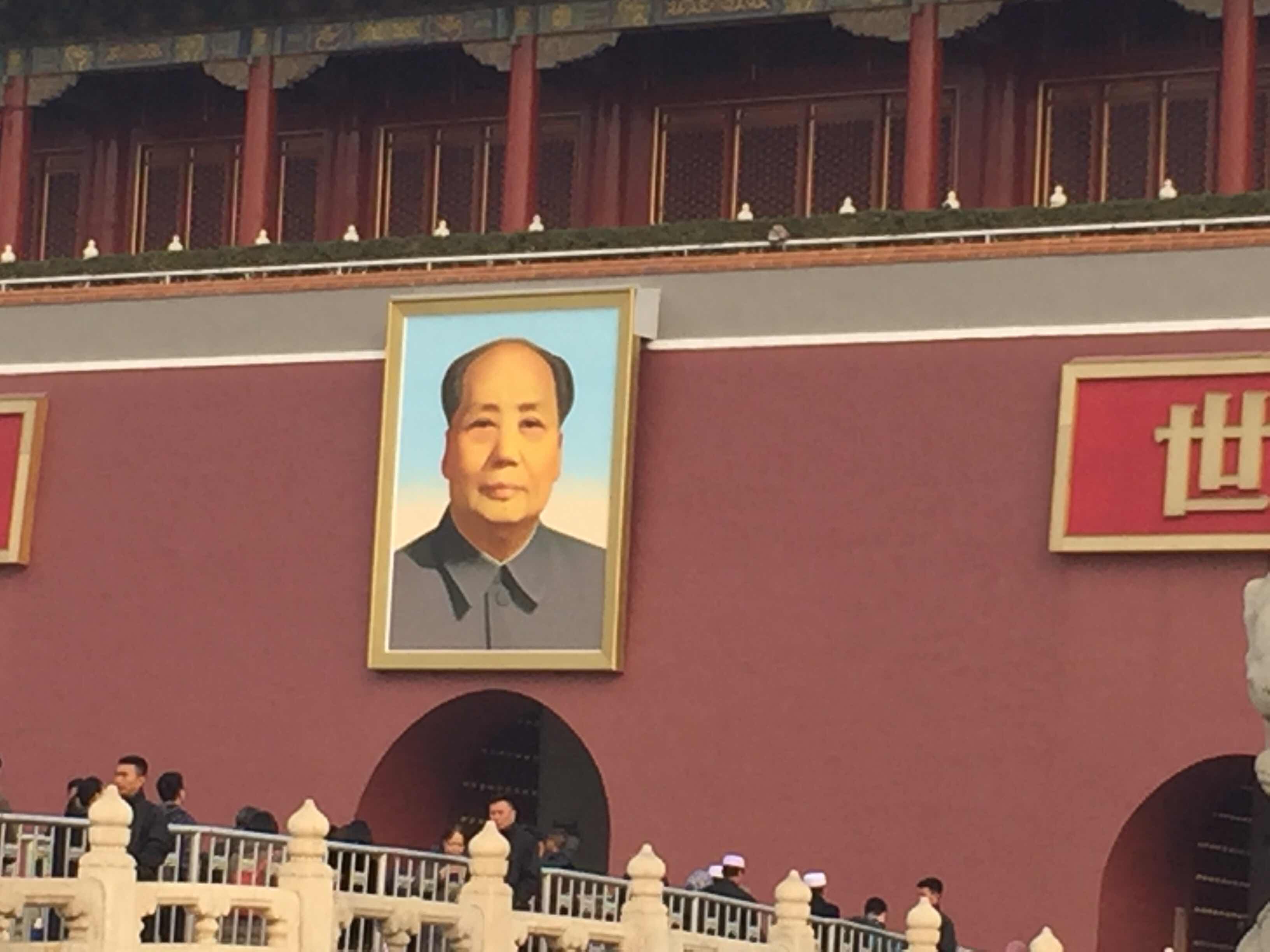 Nearby we entered the gates of the Forbidden City with its wonderfully preserved Imperial Palace complex. It was quite expansive filled with many beautiful palaces and courtyards. 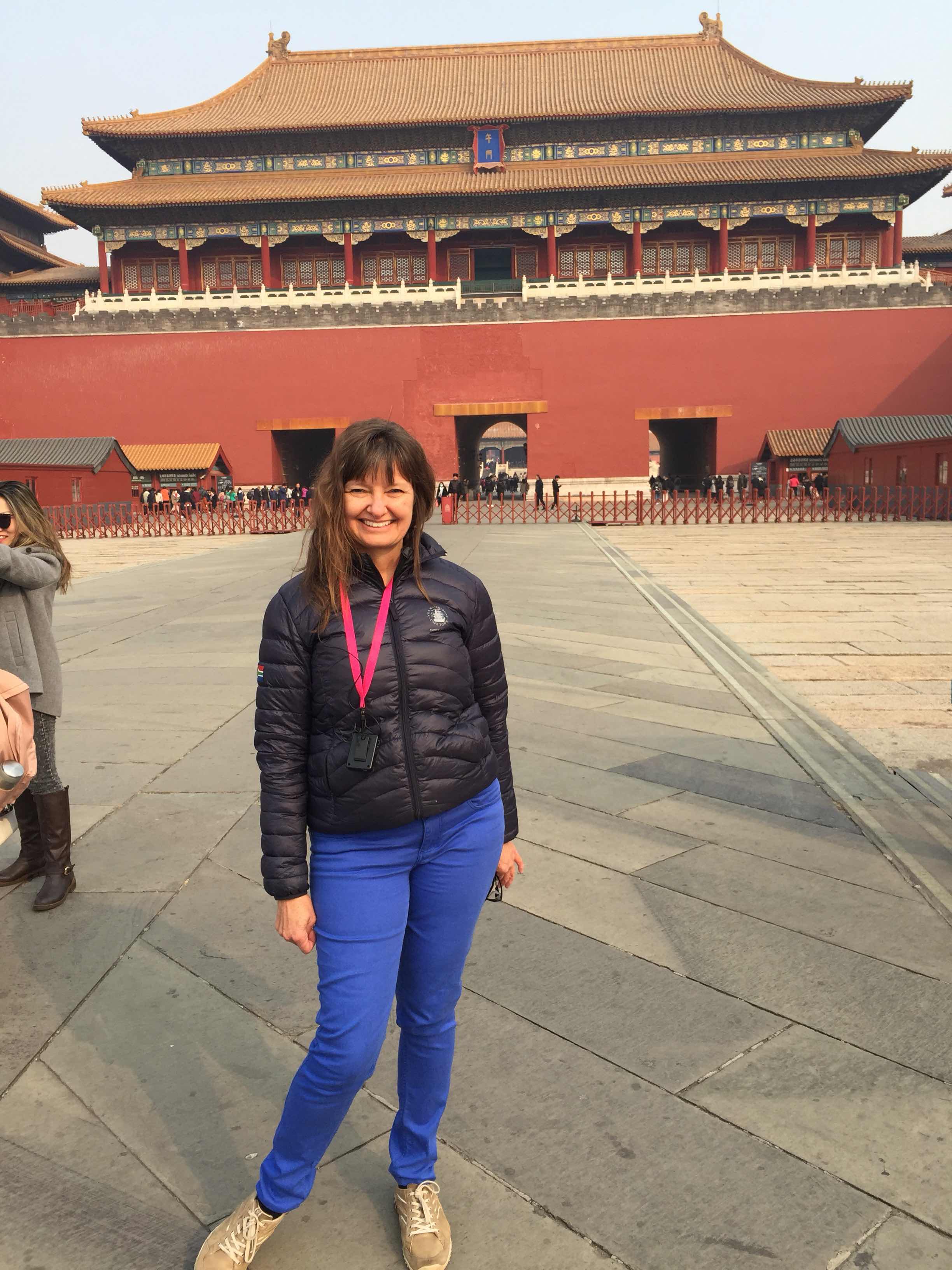 The earphones worked very well. From about a half block away I could hear Barry asking Wendy if he could pee in the bushes. 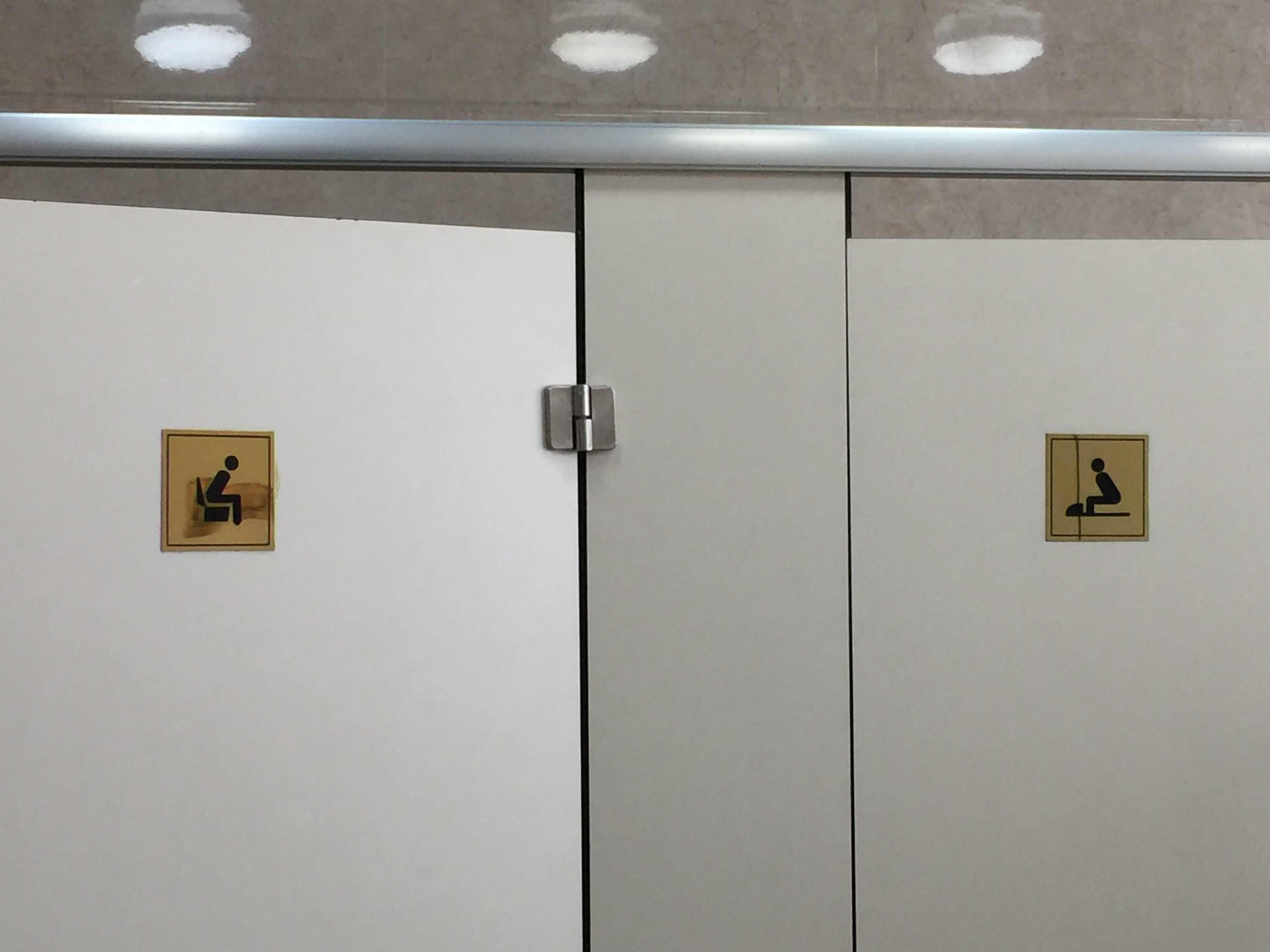 We stopped in a washroom where we had to wait because there was only one seated toilet stall and six or seven squat stalls. Wendy went in with her microphone still on. 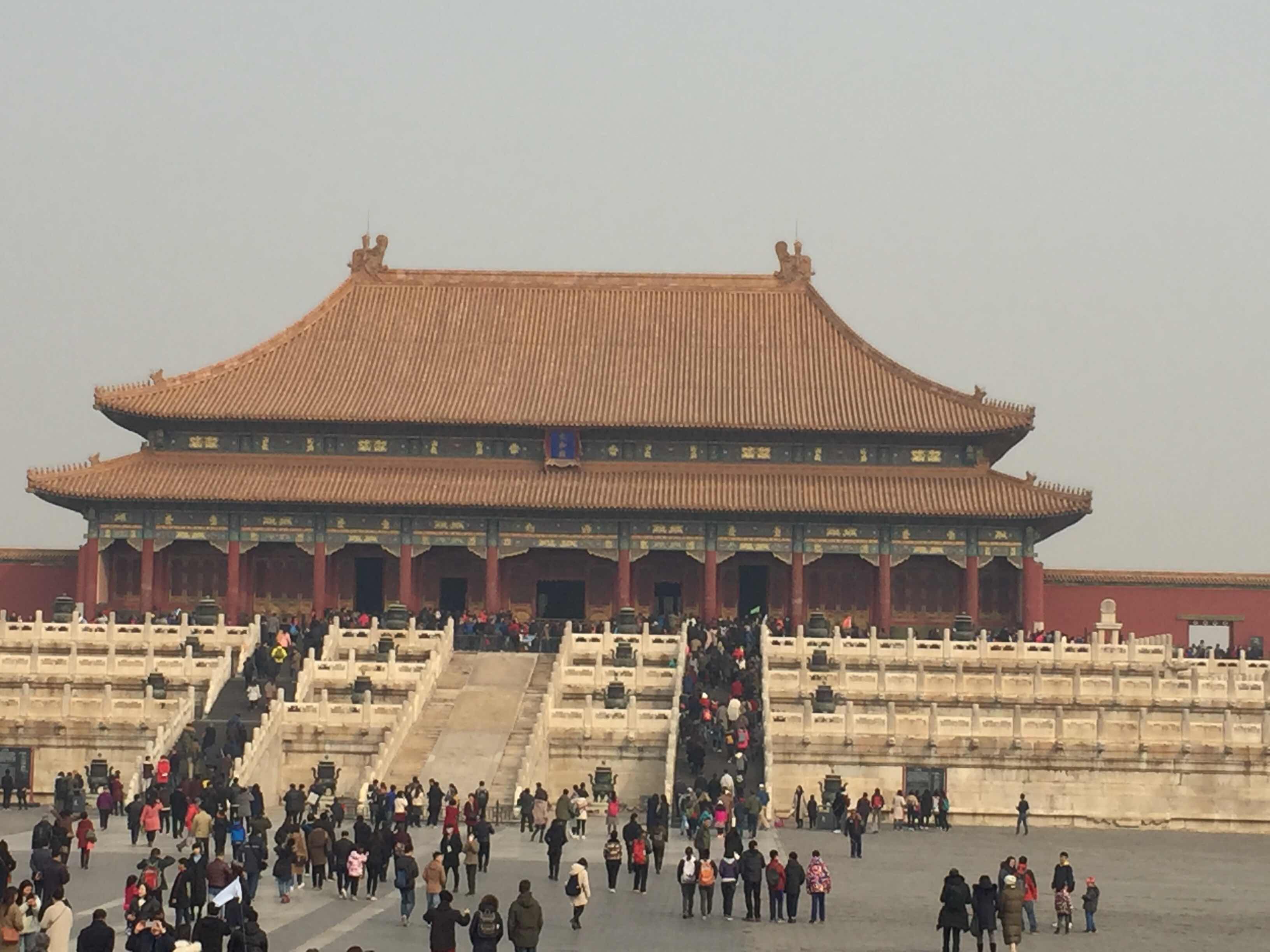 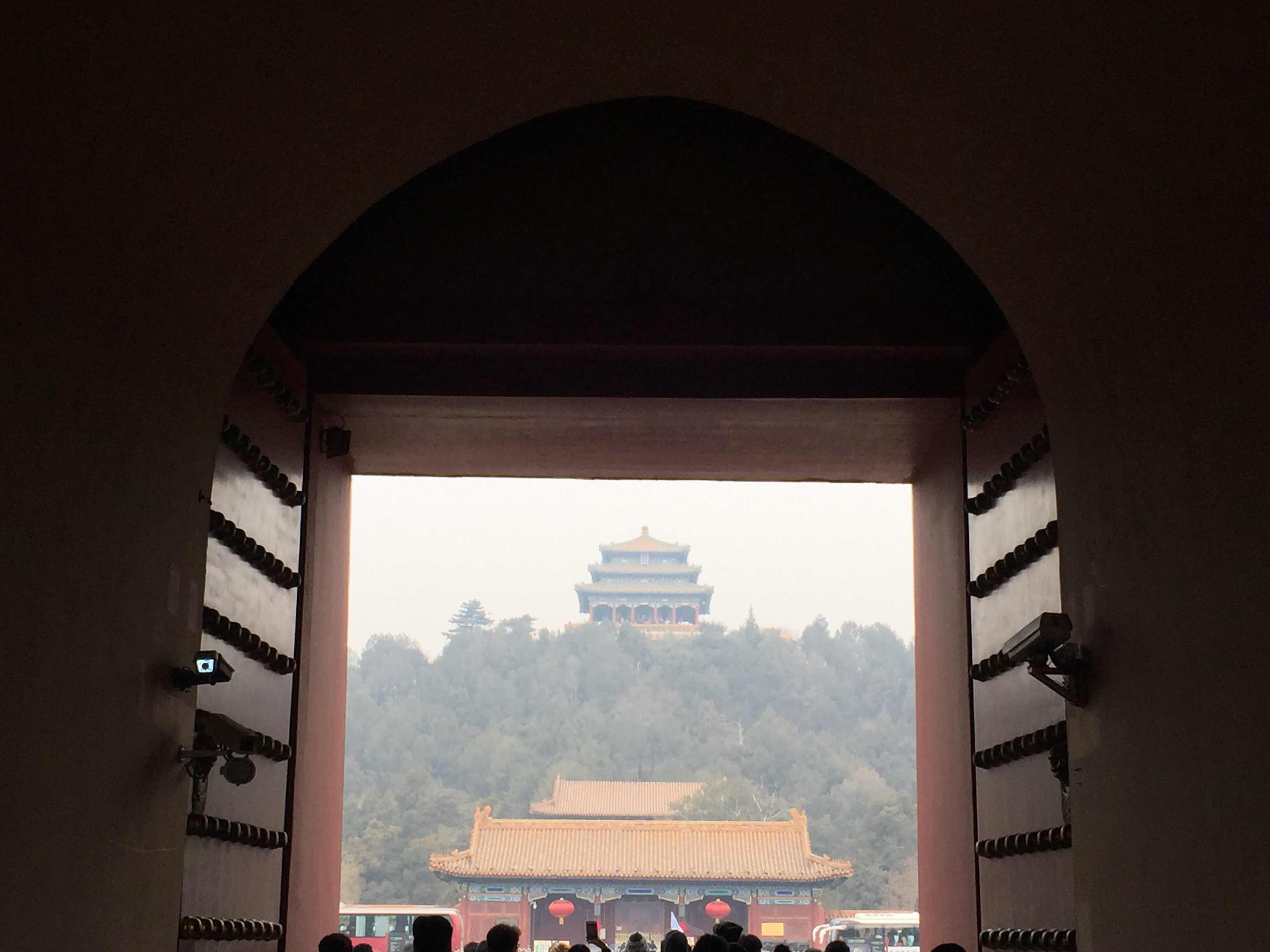 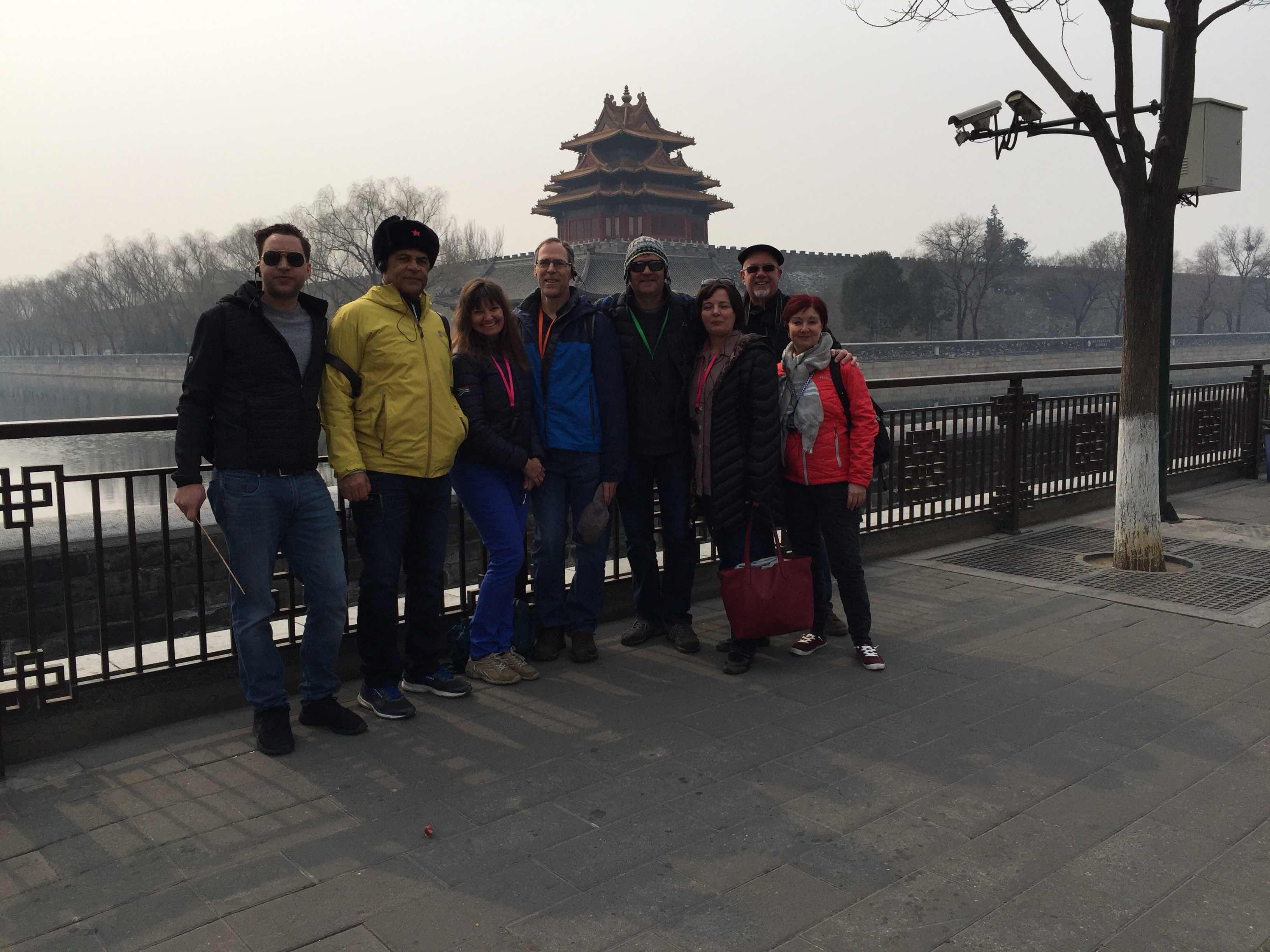 Near the end of our Forbidden City tour, I heard Steve asking Wendy when we would start using the head phones. We handed them back a short while later. 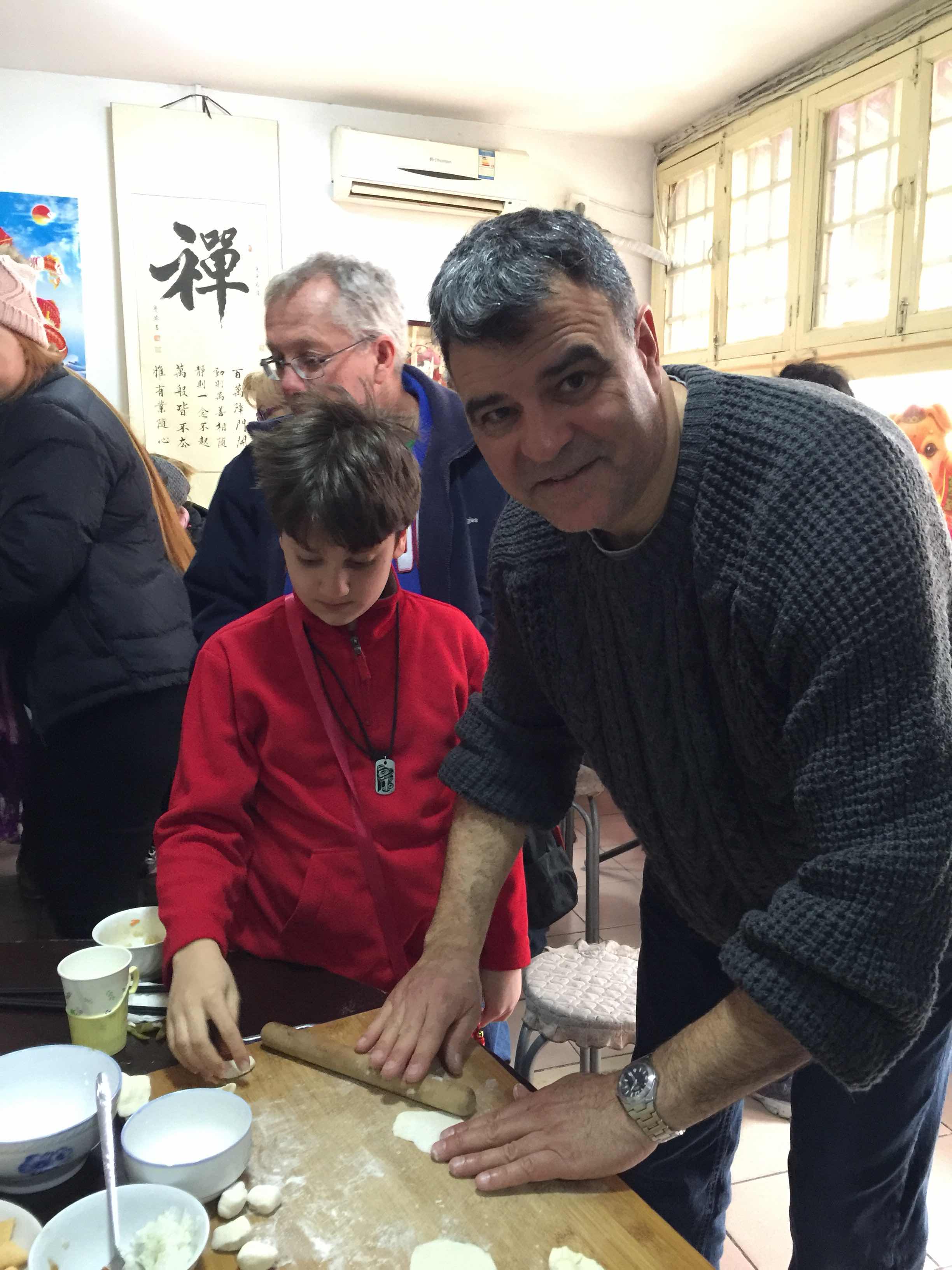 The eight of us decided to do the optional Hutong area tour ($60can). We went to a family home where we had a delicious meal. They continued to bring out food until we said we were full, then demonstrated how to make dumplings; three cups flour, one cup water makes the dough. 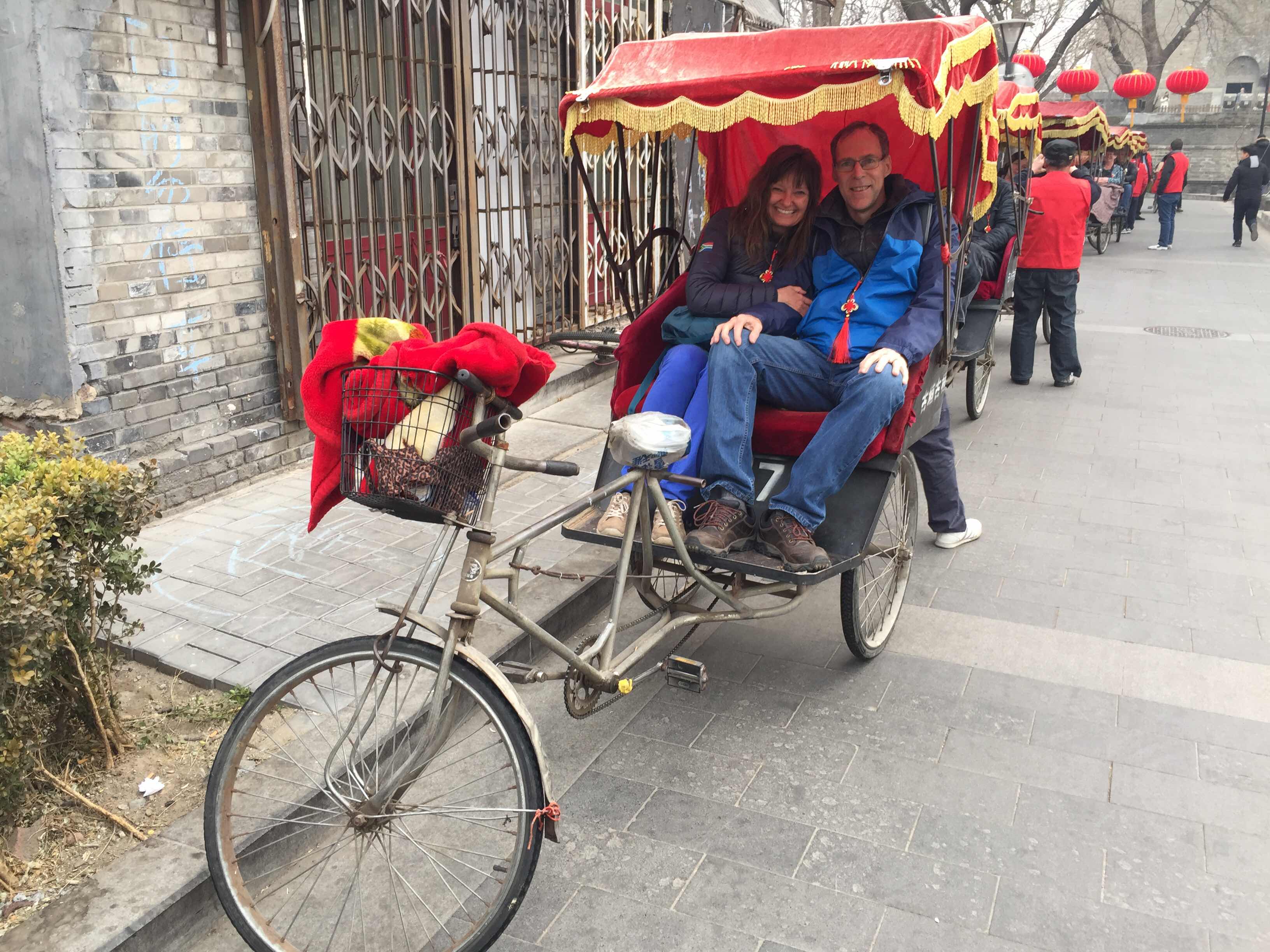 We next all got into pedicabs...two per cab. That ride took us around the residential Hutong area for about twenty minutes. We created a Congo line with one pedicab closely followed by the next. At one point we made a sudden stop. The bump from behind was quickly followed by an imminent chain reaction. The tour was good but I felt the $60 price tag was a bit too steep for what it was. 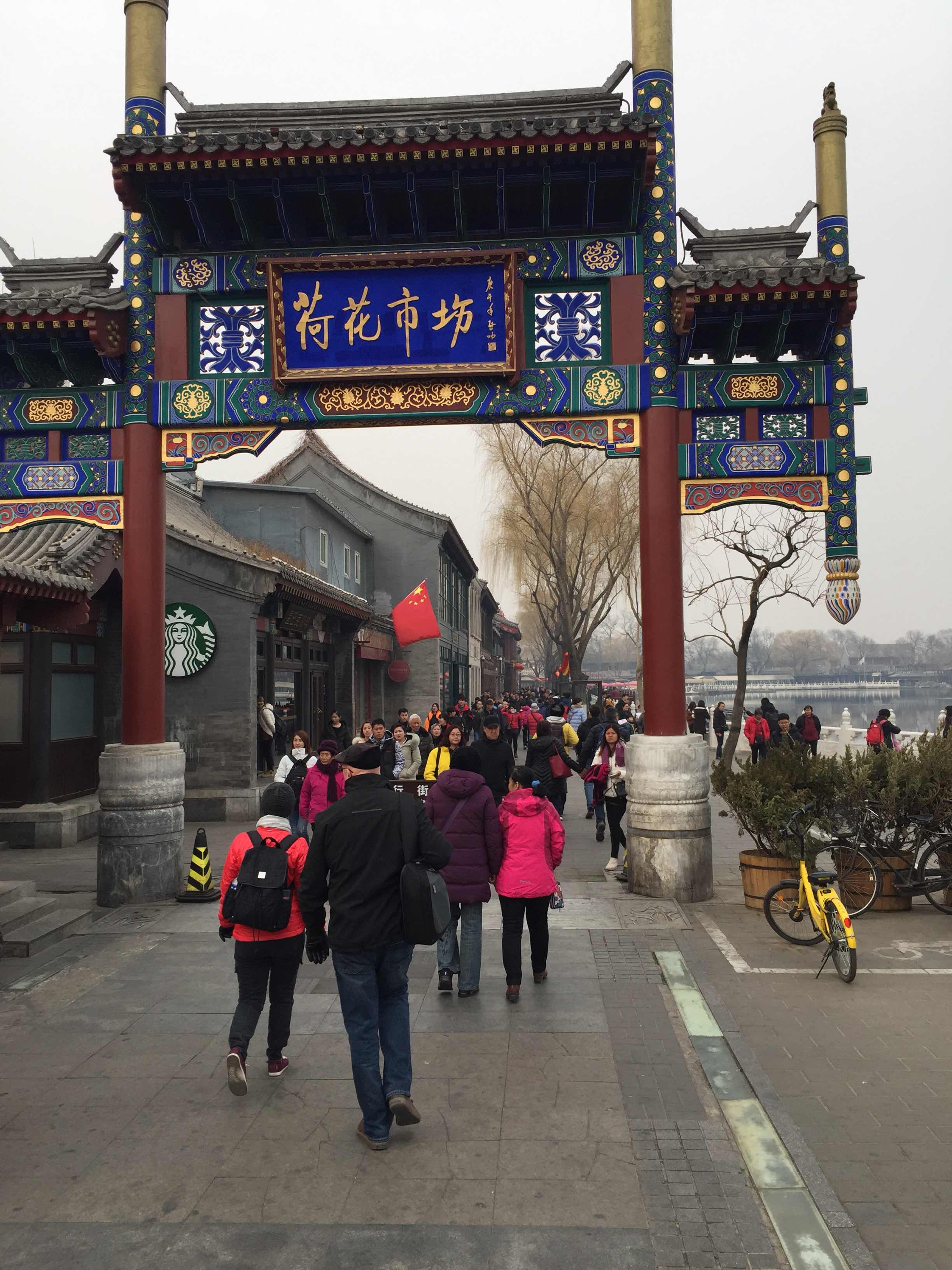 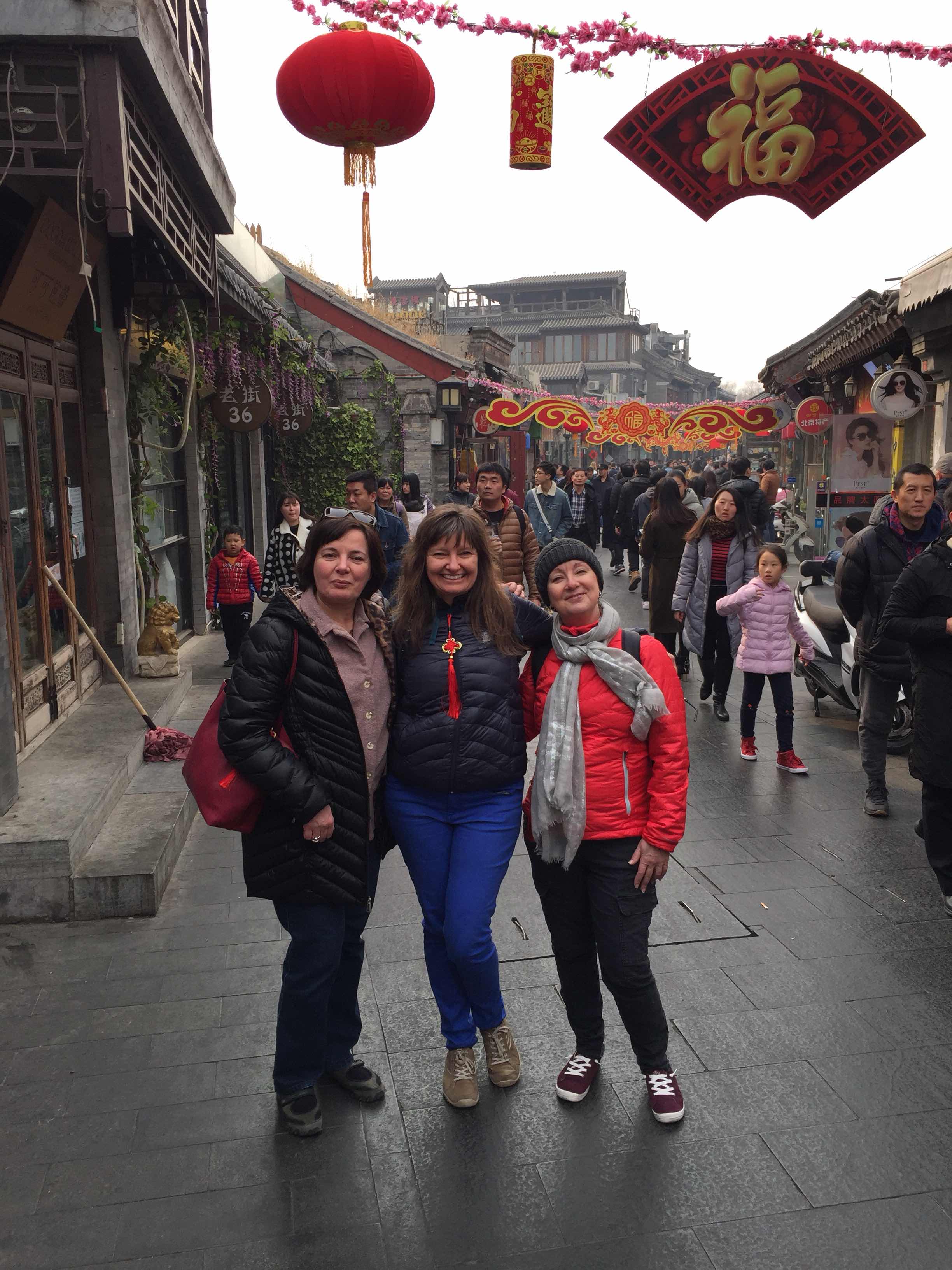 We then got on the bus and headed to the lotus market. Some of our group were approached by people asking to take pictures with them. After walking around the shops and food places, we watched some dancers. I am not sure if they were practicing, having a lesson or performing.

Next was time for shopping in the Pearl Market knock off centre. Overall, I find prices in China a lot higher than in Thailand, Vietnam or Cambodia. Prices in China are very similar to Canada. And you have to bargain, bargain, bargain. The sales people are quite motivated (read aggressive).I bought a pillow cover. I was originally told that it was 150 yuan ($30 Canadian). After negotiating, I got it for 40 yuan (about $8 Canadian). 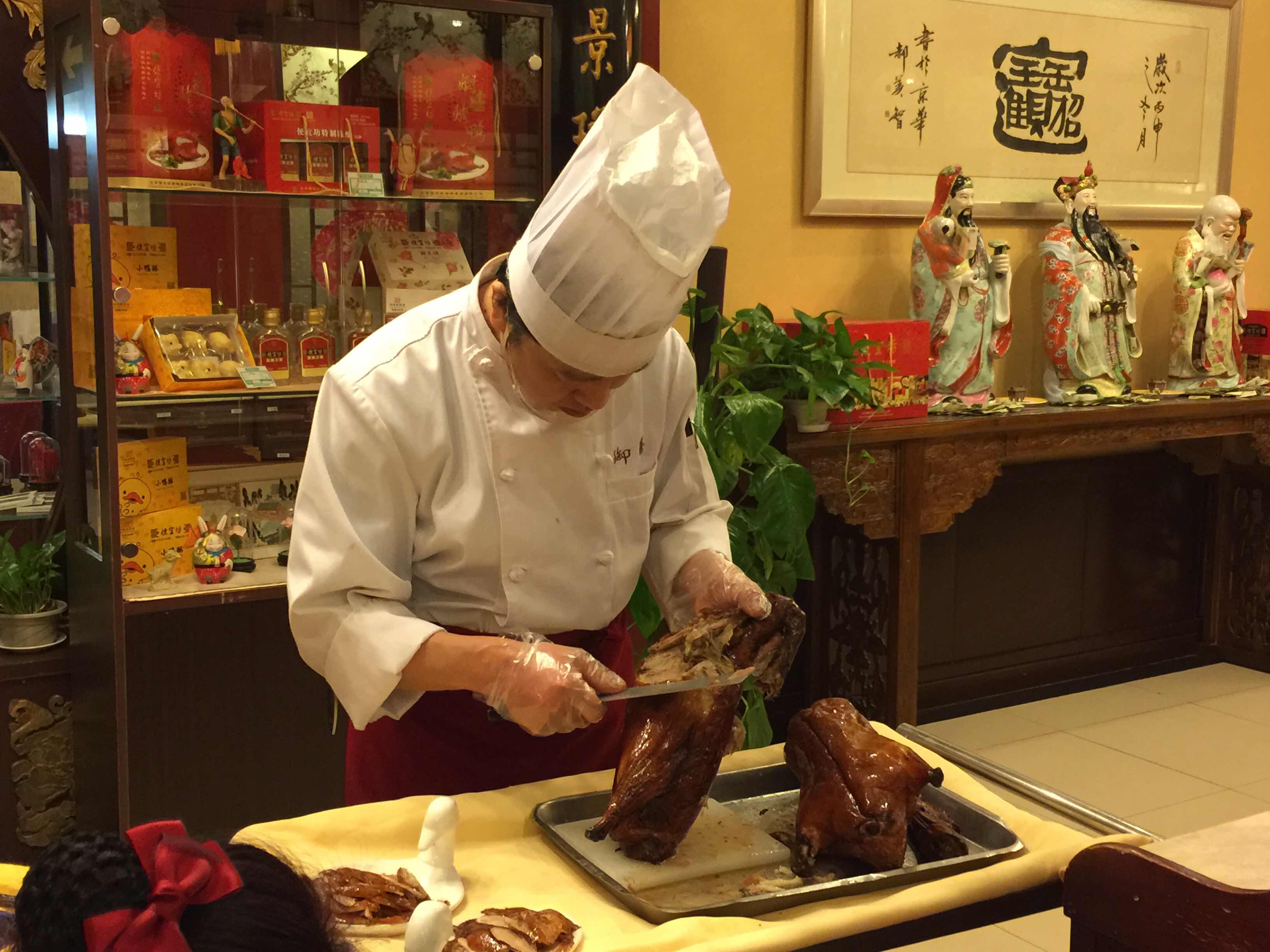 Many of us mentioned that we wanted to go for Peking Duck so Wendy organized an evening supper for us. We paid $30 per person.

The food at the restaurant was good but we had to request more duck because originally they didn’t give enough duck for our table of eight. Wendy worked everything out and they sent us more duck.

Stuffed, exhausted and footsore, we boarded the bus for the 40 minute drive to our hotel.