From Johannesburg to Nairobi to Arusha 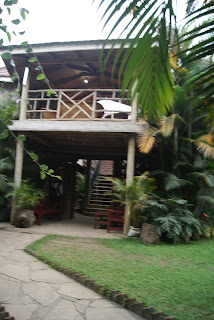 For the first time since the day after the gorge hike, my thigh muscles are not hurting...I used muscles on that hike that I didn't even know I had.

The numerous red dots on my legs are still as vibrant as they were two days ago.

The Breakfast buffet at the Aviator Hotel is substantial...with lots of meat but also lots of fruit.

Cameron put our bug spray and suntan lotion in his carry on instead of checked luggage so it is confiscated...ahhhhhhh! We buy more at the airport.

The Joburg airport is quite nice with good shops ( including Shawn's favourite store, Cape Union Mart) and fairly fast wifi. I finally get internet quick enough to do skype or whatsapp calls, unfortunately it is 3:30 am in Oakville and 1:30am in Calgary.

The flight to Nairobi is five hours. There is a bit of turbulence on our descent which brings  back memories of our turbulent flight to New Orleans last February. A driver is waiting to drive us to the border of Kenya and Tanzania. Our driver is a quiet guy so there is not a lot of conversation during the ride. The van is a little tight. Shawn sits in the front and Graham, Cameron and I sit in the back.

In the two hour drive to the border we pass through an industrial area by the airport and then lots of little towns.

The market areas of these towns are on each side of the highway. Many of the buildings are made from corrugated metal in a block style. The store signs are all hand painted. Many merchants just have their wares on tables in the open.The areas are usually busy with people walking to the businesses or just socializing. I see a lot of people in Masai dress.

We pass a " Feed the Children" centre.

There are many motorcycles on the road and three wheeled little truck.

We switch drivers when we get to the border. We go to the Kenya border for our exit stamps and then buy our entrance visas at the Tanzanian border. Despite it being dark out, there are all kinds of people selling things at the border crossing including many Masai women selling jewellery.

It is pitch black with hardly any buildings as we drive towards Arusha. We ask our driver Frank when we will be able to stop for a washroom. He says in Arusha. "How long before we get there?" I ask. "Three hours" he replies. Hmmmm.

In the middle of nowhere we are stopped by the police. They look in the car and ask why we are not wearing our seat belts ( a fact that is stressing me as well) and Cameron says " because they are broken." Our driver leaves the van, gives the police money and we are on our way again. Our driver calls them " hunters".

I doze off in the back, squished between Graham and Cameron. I wake up a few times when I am air born from going over hidden speed bumps. The drivers all seem to drive with their high beams on...or maybe it just feels that way because there are no lights by the highway.

True to Frank's word, we don't get to a bathroom till we get to Our accommodations, "Christina's Place". It is a miracle that none of us left any wet spots in Frank's van.

Our rooms are lovely and very clean.  We sit out and have some drinks in the upstairs, open air sitting place. It's off to bed now because We are unsure what time our safari starts tomorrow.