Sunday morning and the streets were quiet. It was overcast but in the low 20’s as we walked over to Mike’s Bike Tours. Actually, great biking weather.

We decided to take a four hour bike tour into the Dutch countryside. The tour guides were quite funny. After making sure we could all ride and that we knew the rules, we were off.

We had to drive through the city first. Thank goodness that it was Sunday morning and very quiet.

We first stopped at a windmill before heading to a cheese farm that also makes wooden shoes. I bought a number of cheeses. They were so good.

The countryside was very flat and green. There were all kinds of sheep, horses, cows, geese and more. We drove past the Olympic stadium. We also drove through the city’s main park, Vondel Park. It was packed with people. Since living spaces are small here and not many gardens, people spend more time in public parks and squares. Apparently, after dark it is legal to have sex in the park…who’d have thought?

After the tour we walked around Amsterdam, ate and dropped the kids off at the apartment.

We poured ourselves a couple glasses of wine and sat out beside our canal, saying our goodbyes to Amsterdam.

My legs and hips feel like they should be in a body cast…am I really that out of shape?

Our flight to Canada leaves at 8:30am tomorrow. 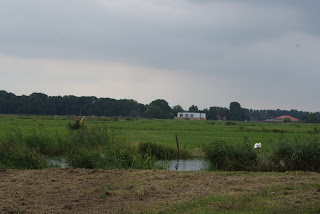 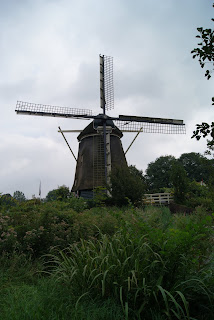