The Lakehouse Restaurant at Science North 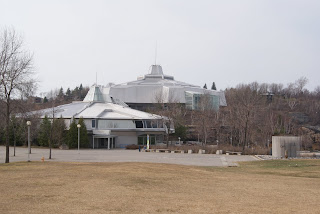 The Lakehouse Restaurant at Science North in Sudbury is beautifully located on the shores of Lake Ramsey. The view was lovely. If only the same could be said for my meal.

Preferring quality over fast food, we decided to have a late lunch at this restaurant. My father ordered the steak sandwich and I decided on the Pad Thai recommended by the waitress.

Bad choice. The Pad Thai was probably one of the blandest I’ve eaten. There was even a small puddle of soup-like liquid underneath the noodles. Where were the spices, fish sauce, and egg? One positive; the four shrimps in the dish were not over done.

The waitress came by to ask about our meals. My father said his was enjoyable; steak perfectly done and smothered in mushrooms. I said that mine was disappointing and explained why. The waitress apologised and said that she had thought the dish was good because it was the only Pad Thai she’d ever sampled.

Later, I asked if she had told the chef. She said yes but didn’t expand on her answer. There was no attempt to compensate for my meal, (which I couldn’t finish).

A comment card was delivered with our bill. I filled it in with my comments and email address. Four days later, I’ve not had a response. I’m not holding my breath.
Posted by Kimberly at 6:25 PM